Here is a digital study I did of some white tree frogs !! I don’t usually do digital art but I have a lot more freedom with colour so I decided to not do traditional :)

Thank you, my friend. When you send an ask, there should be a little icon next to the text box like during a chat.

And thank you! That sounds really cute. I like frogs, and most other reptiles. Not a big fan of spiders, though. They’re so tiny and you can’t see when they bite you. I might let a big one crawl on me, but I bunch of tiny ones would freak me out.

Sometimes I don’t feel like a swell person. Maybe spiders and frogs think they’re bad sometimes too? If someone screeched whenever they saw me, I probably wouldn’t feel too good about myself either.

Mostly it’s just about creativity, though, and how I feel like my only legacy when I die will be around fictional characters. Maybe frogs like amphibian themed fictional characters, and they have little drawing pads and have little froggy websites where they post it. Maybe other frogs say it’s awesome, but then the artist frog doesn’t believe them. But I believe in the frog. I think he’s doing great.

Spiders try to draw, but their legs get in the way, or they try to draw with all their feet at once and get burnt out. Get some rest, little spider, you deserve it. Eat a nice fly from your favorite web restaurant. Webway, maybe? A nice bluebottle sub with fruit fly sauce sounds great.

Maybe spiders aren’t so bad after all. 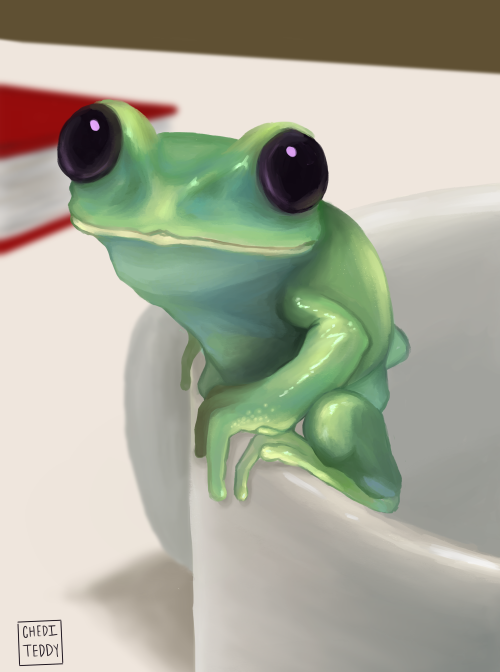 Crochet Frog. Available on my etsy.

Made by a friend 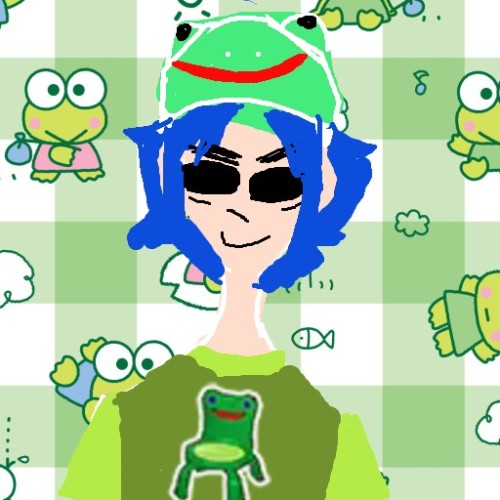 Hello everyone, it is Bog. Today my friend Toad called me and we talked for long time. It is nice to talk to friend. Have wonderful day

This is how I’ll be spending my day. Communing with 100 tiny pink froggos.

I like to think that this guy is named Bufo after bufotenine, the stuff that makes you high if you lick toads. The idea makes me happy