going to create a new island with only frog villagers. an army.

me, weeping softly: frog in a lil hat,,,

BITCHES LOVE ME CAUSE THEY KNOW THAT I CAN

(( Here u are. Sebigsigs pulled straight from Google- ))

This little man is Isthmohyla rivularis (or the American Cinchona Plantation Tree frog) and is the rarest tree frog in the world.

It was only seen once 25 years ago and was officially put on a critically endangered list. Fortunately for the critters, a single male was spotted again in 2007 in Costa Rica! Although it still is critically endangered, it is good to know that these hoppin’ boys can still survive and adapt in our rapidly changing world.

#cottage core, #cottagecore, #frog, #goblin things, #i saw a bunch if muscrats and they are so cute, #frogs, #bullfrog, #music, #classic rock
1 notes · See All
toadschooledPhoto

What a stunner! This arroyo toad [Anaxyrus californicus] was spotted in southern California by photographer Nicholas Hess. Formerly considered to be a subspecies of the Arizona toad, these toads are named after arroyos, geological features consisting of a steep gully formed by fast-flowing water in an arid region. 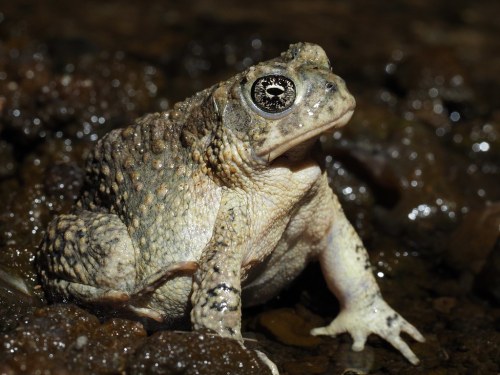 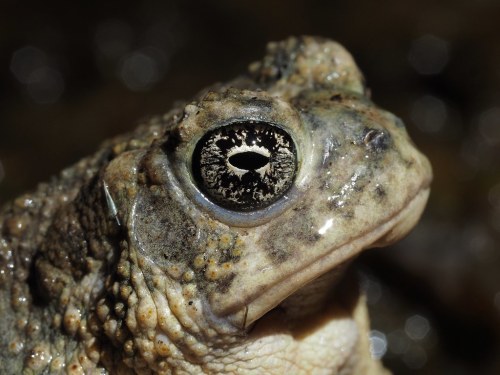 And yet another chapter in these fucked up days… It follows the movie a bit more than the previous chapters, so for those who prefer that, enjoy!

(Warning for some cursing, but ya know that’s it).

It wasn’t very difficult to notice that things had changed for Rhaina. Even though she was far from being who she was before the incident, she seemed free, happy. A big weight was lifted from her shoulders, and it was quite obvious.

That night when they all went to sleep, she finally fell into a sleep without nightmares.

On the other side of town the two Emerson brothers had joined up with the Frogs, desperately trying to undo the changes Michael had gone through. “Get in!” Michael hissed, clearly annoyed by the sun, as he hurried his brother and his friends into his grandfather’s car.

They drove quickly, speeding along the road, trying to find their way to the cliff. After a half hour they’d arrived, finding the cliff, and the “Keep out” signs completely deserted.

“If you vamp out on us,” Edgar looked very seriously at Michael, “I won’t hesitate to stake you.”

“Chill out Edgar,” Sam hissed, before turning to Michael. “Are you okay?”

“Are we really trusting them to do the job?” He asked Sam with a tone of disbelieve.

Sam shrugged, before following his friends inside. “I found one!” Alan stood there, ready to stake Star when Michael ran in.

Edgar pulled Alan and Sam along, trying to find the other vampires, convinced they find the head vampire here.

Rhaina woke up startled, feeling as if something was going to happen. She got up, walked out of her room only to bump into a unfamiliar boy.

“What are you doing here?” She asked him, surprising herself with the steadiness of her voice.

“She’s one of them!” Alan hissed, running towards her, holding a stake in his hands.

“Wh-what-? I-” Rhaina only now saw the third boy, Edgar, climbing up. She screamed, realising what he was about to do. “Marko! Wake up!” she cried out, before Sam pulled her away.

She struggled against his grip, trying to break free. “I’m only trying to help you,” Sam told her, dragging her along into the main part of the cave.

“Sammy, let her go,” Michael stood there, in the cave, behind her.

“Let her go. I already got into trouble because of her. Just let her go, alright? We got Star and Laddie and-”

“Don’t hurt them, please…” Rhaina was quiet, scared as to what would happen next.

“Sammy, come on!” Michael pulled Sam with him.

Rhaina tried to get back to the boys, when she ran into the Frogs.

The two brothers looked at each other, before Alan tackled her and Edgar began to tie her up.

“Leave her, we need to go!” Sam had run back into the cave.

They knocked her out, dragging her up the stairs and into the car.

At the Emerson house Michael lifted Star up, bringing her to his room where she could sleep. Not long after Laddie was placed next to her.

“What are we going to do with her?” Edgar pointed at the unconscious girl in the car.

“Why did you bring her? Now they’re definitely going after us!” Michael hissed at the Frogs. Now that they had Rhaina, the boys would be pissed. He knew that if he wanted to make a chance of survival he needed to treat her well, and maybe even help her get back.

“She doesn’t turn into one of them on our watch.”

“I’ll bring her upstairs. You really should’ve left her there, Edgar.” Michael growled, before bringing her upstairs as well, putting her next to Laddie on the bed.

“They’ve got Rhaina,” Dwayne told the others. If they’d even dared to harm her they’d be dead. He was pissed.

“Fuck,” Paul sighed, pulling the stake out of Marko’s stomach. “You’re lucky she screamed when she did,” he told him, looking at the wound.

if i am being honest, i’ve been really struggling with COVID-19. i’m tired of living through this historical event, i just wish i was a frog in a big

I made cookies today!! cuz therapy was super hard and I had to reset my mind a bit

Just added green food colouring to my favourite cookie recipe (made from scratch ofc) and stamped 60 cute chicks and 1 Big Ass Frog out of it :D

My new aesthetic is threatening images of frogs 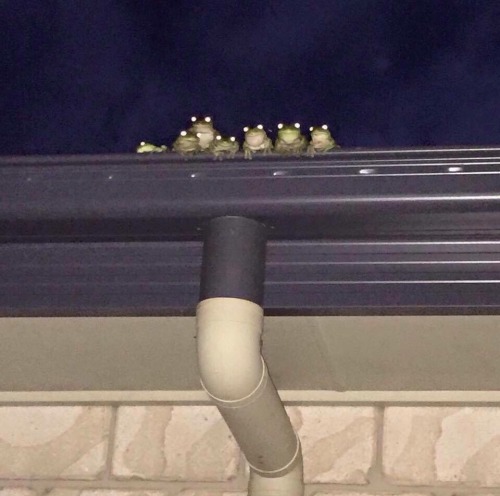 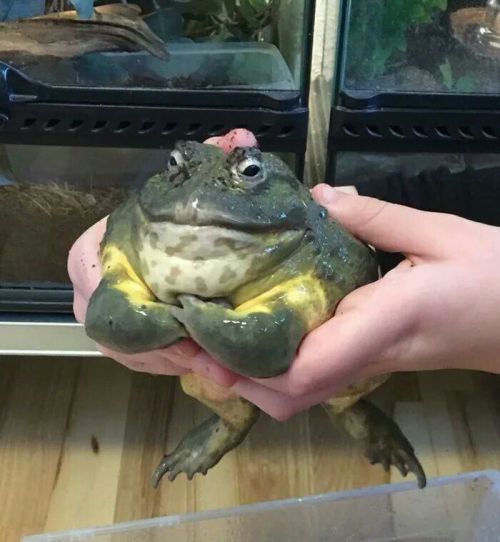 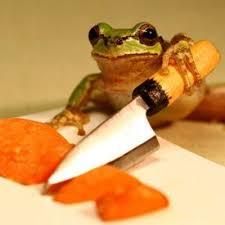 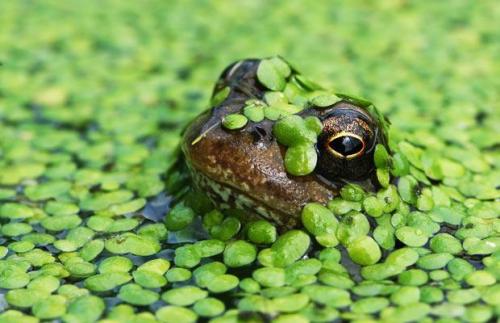 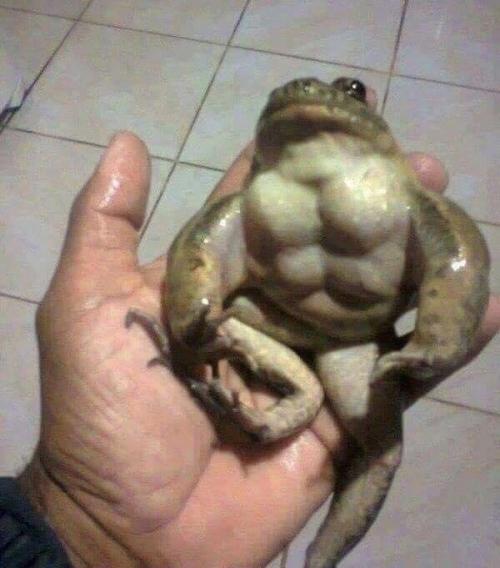 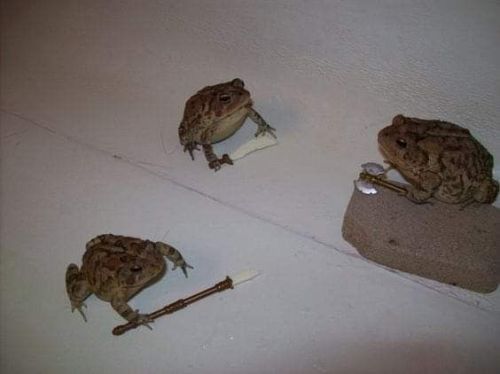 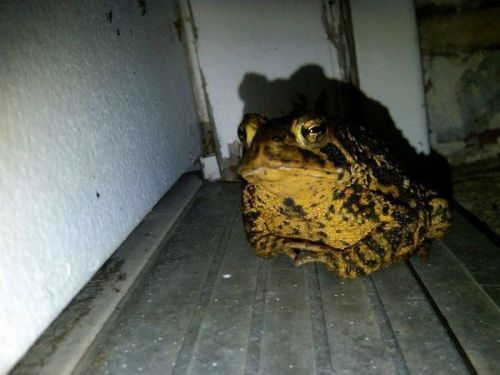 #if yall have any pls send me them, #aesthetic, #frogs
1 notes · See All
pinklemonadefromhellText

Frogs are just… so awesome man. I mean they are kind of hopping around loving life. How beautiful. Funky lil dudes. Life goals.

@stickyfrogs follows these goofy frogs and their shenanigans. It’s very cute and always puts a smile on my face. 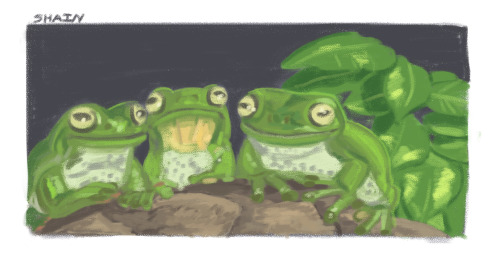 Today’s Frog-Naughtiness-Incident was started by JENS!

Voigt is modelling one of the Trendiest New Hats available!

The new season Well-Fed-Tiny Freckled-Butt-Hat with Earflaps has just arrived!