Home is Wherever I’m With You: The Dale Family.

Mulan, the savior of the Quian Empire, was sent as a guard of the royal family to the wedding of Princess Anna of Arendelle. There, she met the queen of Arendelle, Elsa. Upon seeing his best warrior falling in love, Emperor Chen agreed to let Mulan leave his court in order to pursue her own happiness.

Elsa agreed to bring Mulan on as their captain of the guards, eager to teach her soldiers new ways of fighting.

Mulan awkwardly courted Elsa, and Elsa fell for the endearing attempts, and the two married two years after their first meeting. Soon after, Mulan rescued an orphaned toddler from a devastating fire, and the family lived in peace for several years, until the curse brought them to Storybrooke.

In Storybrooke, they’re known as the Dale family. Elsa Renata is a bartender, while Mulan Li is a mechanic at the local garage. Renata’s wild behavior brought the relationship to the point of near collapse, with the duo constantly fighting, and they finally ended up divorcing upon the disappearance of their daughter, Audrey.

Audrey Dale was the only cursed resident of Storybrooke that was able to escape from the town, but as always, magic came with a price: Audrey’s memories of Storybrooke vanished, and she only remembered one thing:

It wasn’t until she met Emma Swan an Neal Cassidy that she felt that urge stop. 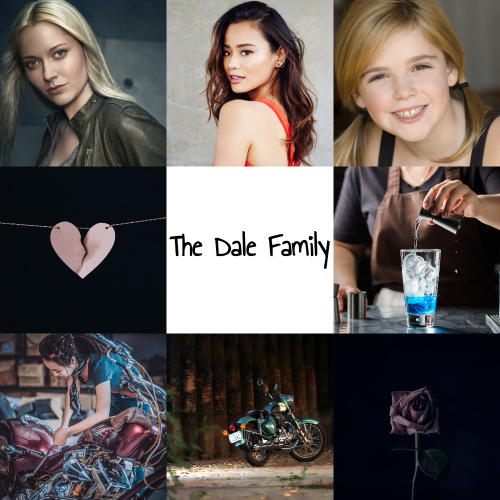 #home is wherever i'm with you, #frozen warrior, #ouat, #once upon a time
4 notes · See All
greekfiireText

‘‘the targets does have to get far,these assaulters large spinning blades will cut through them without a simple thought. 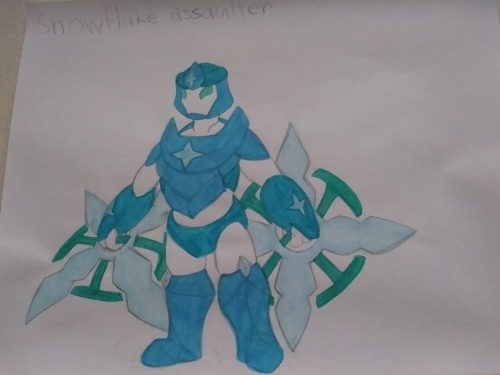 ‘‘they need no eyes to catch their.the only guides they need are cold blow of the icy winds and the beatings of their enemies hearts.’‘ 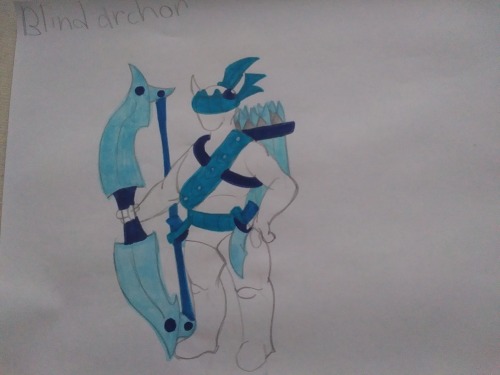 A strict,loyal and harden second of command of his tribe.rumors has he lost one of his eyes a rival tribe but,not without taking the life of who robbed him of his eye. 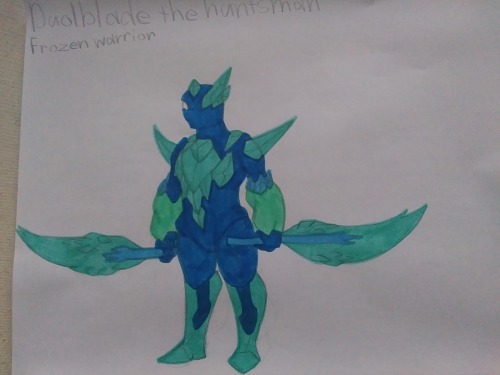 #frozen warrior, #champion, #ice realm, #ice, #Swordsman, #kaijudo, #gladiator, #hunter
1 notes · See All
bleebugAnswer
You know I’ve been headcanoning that now that all the realms are together once Mulan comes around to the idea Captain Hook had a baby with Emma Swan, she ends up coming around A LOT and if Emma just so happens to also have a blonde bestie in need of love who she decides to play match maker with 🤷🏽‍♀️ (Anna and Emma working together to get Elsa and Mulan together ofc Anna can’t stay quiet about how perfect they are for each other lmao)

Uhh dot dot dot… yes?!?! Anna and Emma playing matchmaker for Mulan and Elsa is hecka sweet, I love it

They didn’t address it in canon, but can we assume that Mulan is happily married to Elsa and is always by her queen’s side? Or that Tink found Mulan off on her own and decided to help her find her soulmate, and then it turned out that Tink was her soulmate? Or that after reuniting with Merida, they began to realize they’d been right for each other all along? Or that in the Wish!World, Princess Aurora and Prince Philip weren’t meant to be, and when the realms combined, Mulan got a second chance at a happy ending with the sleeping beauty who’d always held her heart?

#ouatedit, #frozen warrior, #ouat mulan, #ouat elsa, #ouat, #my gifs, #so apparently making a gifset for 2 characters that have never interacted in canon is really difficult WHO KNEW, #im sorry if this looks super bad but i';ve spent so long on it now i just wanna upload it and move on to something else, #mulan, #elsa, #ouat meme, #ouat meme rare pairs
41 notes · See All
emmaswanchoosesyouText

Much as I wish Mulan had 1000x more screen time, the one pro is that I can pretend she’s made her way to Arendelle and is wooing Elsa and being treated like the amazing woman she is

#Frozen Warrior
3 notes · See All
beanlieversAnswer
(For the 'send me a ship' thing) How about mulan/merida, victor/jekyll and (kind of random but) mulan/elsa ?

send me a ship and i’ll reply with:

(We could’ve had it AAAAALLLLLLL)

I’m still bitter about what they did to Mulan man. Elsa would’ve appreciated her. 😭😭😭

I am a day behind, so this one (for yesterday) will be short! As many people have mentioned in their positivity posts, the passion and creativity of our fandom truly makes being a fan of Once a predominantly fun experience. I have already shared some of my favorite fanfics and talked about how important metas and headcanons are to supporting our creative endeavors. I have also said that, for me, anything that can be shipped, will be shipped! Today is all about the love for the rare pairs.

Having a canon relationship is fun! It’s easy to find fans that like the same relationship, to find graphics, art, fanfic, and discussion! So great!! Well, if you’re a rare pair-er, you have to look a lot harder, lol. But somehow, there are amazing artists and writers dedicated to creating all the things canon romance has, but for our rare pairs. Bless you!

As I am new to tumblr, I haven’t found all of the corners there are to celebrating rare pairs, but  ouatrarepairs was the site that got me going. Not every rare pair is there, but there are quite a few. Cheers to fellow Oncers who ship things that will never be canon, but have a blast regardless!!!

My favorite pairings include, but are not limited to:

I would love to talk about any of these, or more, with anyone who is interested :)

Can Elsa/Mulan be a thing that happens this season?

Can we call it Frozen Warrior?

Elsa and Mulan! I’m calling it!

Summary: When an ice storm plagues the kingdom Mulan has sworn to protect, she and Belle seek to stop it, biting off more than they can chew along the way.

Notes: I FINALLY DID IT FUCK YEAH LET’S PIONEER FROZEN WARRIOR.  Also what is time and chronology IDK BECAUSE THIS DOESN’T FOLLOW IT. To clear things up: this is in the enchanted forest, after mulan and belle save philip. they stay together on a quest bc obv reasons. yes. also this may just be a prompt verse. I will prob just write as I feel and say fuck chronology and chapters yeEEAH.

“Don’t come any closer! You have to get away—I can’t control it!”

Mulan raised her sword, teeth grit against the frozen wind. “I’m sure it won’t be a problem anymore if I cut your hands off.”

Belle burst through the trees, waving a book like a help beacon. “Stop!” She tumbled forward, tripping over the toe of her leather boots in her haste to leap on Mulan’s sword arm. “You can’t just go around cutting people’s hands off!”

In all seriousness, I’ve shipped Mulan/Elsa since they announced that they were bringing Elsa to OUAT. There’s no canon information or evidence on Elsa’s sexuality, but my personal headcanon has her as either homosexual or asexual.

Mulan and Elsa will probably never meet, but I can dream.

Just as I dream of Philora scenes and backstory and a decent plot, which they more than deserve.

But back to Mulan/Elsa. Ship name. Frozen Warrior? y/n?

NO ONE TAKE THIS FROM ME

#OUAT, #ONCE, #mulan, #elsa, #Frozen Warrior, #or maybe, #Ice Dragon, #what should I call em
38 notes · See All
captain-keeliChat
My Mom and I watching the OUaT Episode Where Mulan Almost Confesses Her Love For Aurora
Me: I'm still mad that OUaT writers never brought Mulan back after she was made a lesbian!
My Mom: I'm sure she'll be back. Maybe she and Elsa could get together.
Me: *screaming like a little girl internally* Oh yeah sure, that would work.
#frozen warrior, #sleeping warrior, #ouat, #once upon a time, #mulan, #sleeping beauty, #i call it, #and it would be perfect, #swan queen, #red beauty
58 notes · See All
oldarabacadabraText

it’s have to be mulan and elsa ship name !