You will be missed

Took my phone to the shop, it’s fixed and my pictures saved, which is good because i nearly had a breakdown in the office of the IT guy at work when he said i might not be able to get them back

Oh and also I somehow managed to misplace/lose both copies of my scooter keys and whule it’s not exactly hard to replace here the one place i know that does that is a solid 30mn walk away, while pushing the scooter

and if you don’t have anyone now you have me :)

“And I’m telling you’re a dick”

#:/#mom stop it now#like wtf how am i yelling you said you couldn’t hear me#family#relatable#is this even relatable#or is my mom just ✨toxic✨#or am i an idiot#who tf even still pays attention to this account#fuck#post#top#2021#this is my first post that i’ve written myself in awhile#omfg#non twd
0 notes
sleepcities
Text

okay so i’m taking a class on gender in religions right. and for the first third of the semester we’re learning about women in oglala culture right. and for my midterm, today, i have to write an essay on a quote from our main reading. and i have to read 100 pages of this text and the more i read, the more i’m PRETTY sure (completely sure) someone tried to slip 1970′s white american second-wave feminism into their reporting on oglala cultural norms and so i google the author and, sure enough. white woman. and on the FIRST PAGE of the google search there’s an article cowritten by an oglala woman activist criticizing the author for being unable to separate her white feminist perspective from her research so now that’s what i’m writing about xoxo get fucked

#this is the second semester in a row where i'm having to correct my assigned readings college is a fucking scam#last semester's textbook was published in the 1990's as a second edition this one was published in the 1980's#both by white women who probably went to college in the 1960's-1970's. coincidentally the era of second wave feminism#and both authors butchered other cultures' beliefs and histories by being unable to look at them through any lens OTHER than that of second-#wave feminism#but you know what? it's 2021 and all this is so easy to verify as misinfo like all it takes is a google search so why hold these texts up#as teaching material
5 notes
deadbydonegal
Text

This happened to my BFF yesterday/today. Feb. 2021.

Tl;dr: Adult woman tries to get estimate on siding, contractor refuses to give information without husband present.

tw under cut for covid mention

READING IS ON AND THE LINE-UP LOOKS SO GOOD MKJSGHDKSHGKSDHGSJKDGHKSJH

Ayo what do you guys think abt me making a sidelong for reblogging fics?? I’m kinda worried abt spamming but idk if anyone actually cares

got a rant about how the same coworker who endorses “get out and take a walk on your lunch if you can!” (something I would not enjoy at the moment and would actually make me feel worse) messaging said “oh, that’s a lot of exposure” to me when I mentioned being able to swim & start rehabbing my foot more. thank you yes I have a traumatic injury and have been agonizing over the best way to deal with it during a pandemic, if I’ve decided on this please trust me that I’m doing it as safely as I can and that it’s this or nothing (because hey! it is!).

(I stopped leaving the house at all. No corner grocery store/bodega runs, no short walks, nothing. I have to continue to heal and this ain’t the way.)

same coworker misunderstood something I spelled out for her three times, confusing everyone involved until I was finally allowed to actually speak for my damn self and explain it.

but I’m saving the full rant because I won a huge victory yesterday (cleared up the misunderstanding and guess what I was right) and I’m so vindicated over it that I can kind of let it slide.

long story short, people 1) really think they know what’s best for you, and yet 2) do not take anything into your situation into account, even the most blatantly obvious shit, when they give ~suggestions and ~feedback.

I don’t want this to consume anyone else’s life as much as it consumes mine but like. god damn.

Its so fucking weird seeing people justify productions resuming filming and shit and having their reasoning be “people are stuck at home!! They need content or else they will die!!! They need entertainment!!!!!!!!!!”

First of all there is welllllllll over enough content in this vast digital Blockbuster-esque world we live in today. You’re telling me you can’t find anythinggggg at all to watch?! The Criterion Channel has shit from the early 1900s to now and you can’t find ANYTHING?! Give me a break.

And even if by some unseen force all of the watchable content were to disappear you know what else you can do? Go outside. Read a book. Play games. Talk to people. You know, shit people did before the internet and TV?!

And never have I ever heard of someone actually dying of boredom or lack of content but you know what 500,000 people in this country alone have died of in the past year with the help of inconsiderate pieces of shit who refuse to follow safety regulations because they’re “bored”?

And how do you spread covid?

By being in large groups of people.

And whats it take to make a production???

People are really dramatic acting like life is just so *hand on forhead* !UGH insufferable! without their second season of Euphoria or whatever the fuck.

I never thought I’d be living in a world where someone’s fucking fictional content had a higher rank in priority than the lives of real living, breathing, human beings.

I’ll say it once and I’ll say it a hundred thousand times: get me the actual fuckity fuck off this planet.

DON’T EVER COME BACK HERE.

You are not welcome.

My world is not for you.

My life is not for you.

Do not come back. 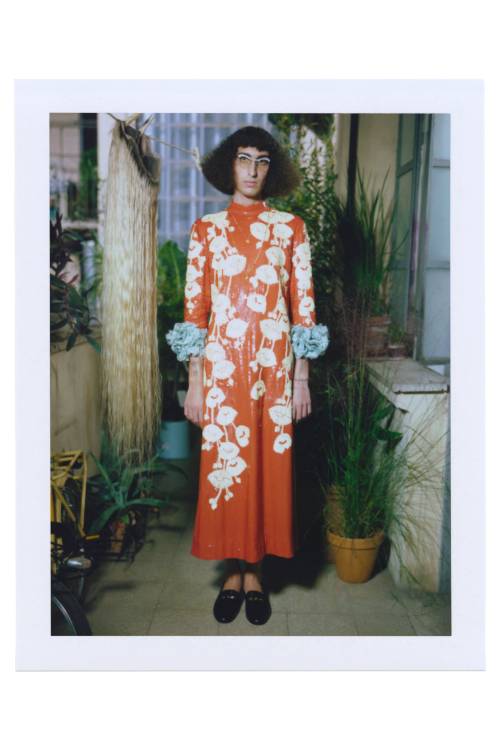 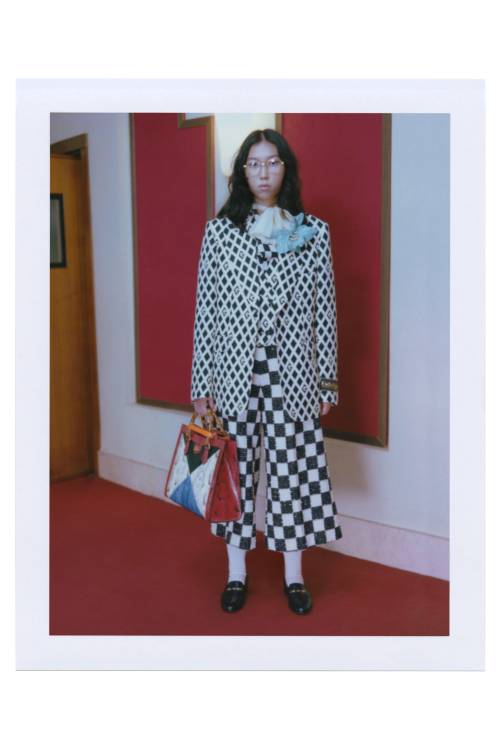 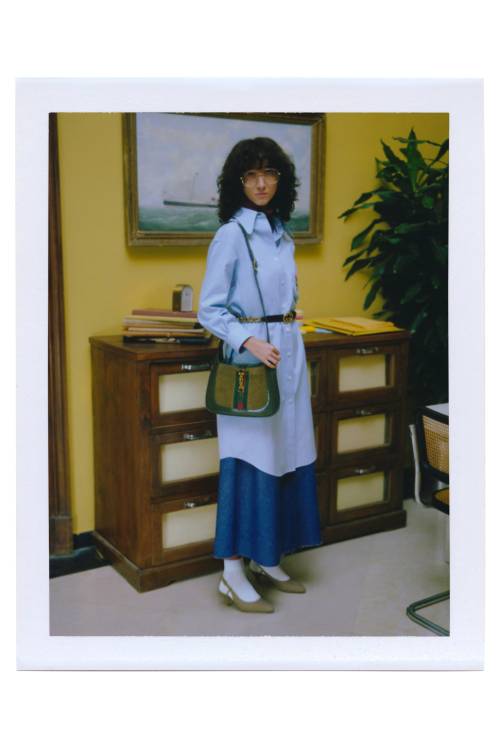 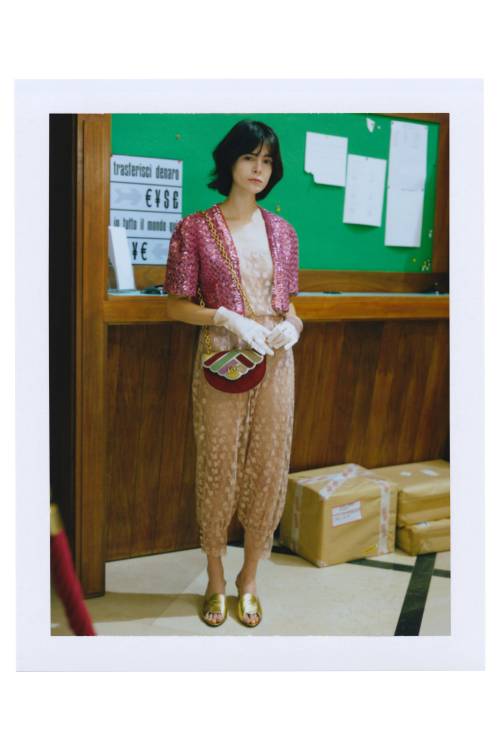 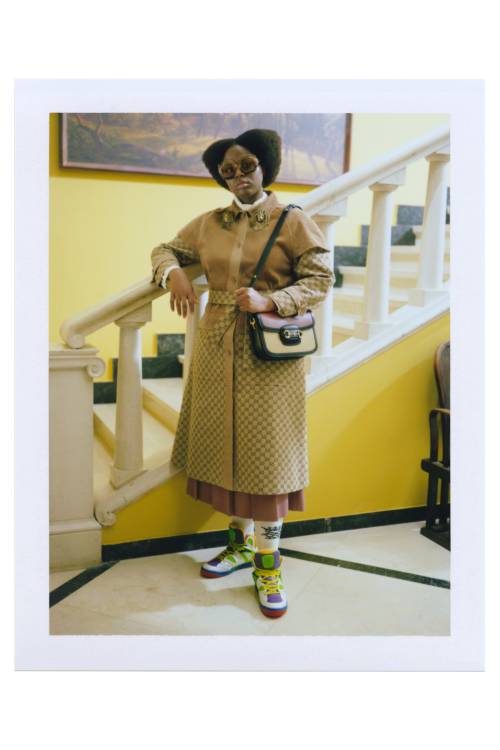 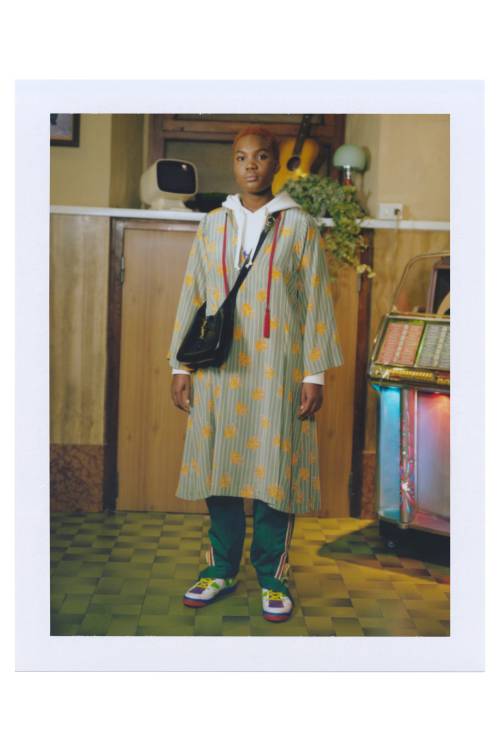 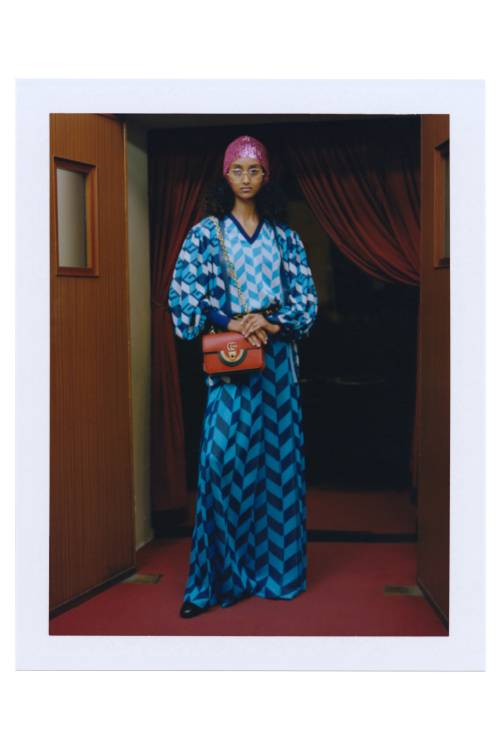 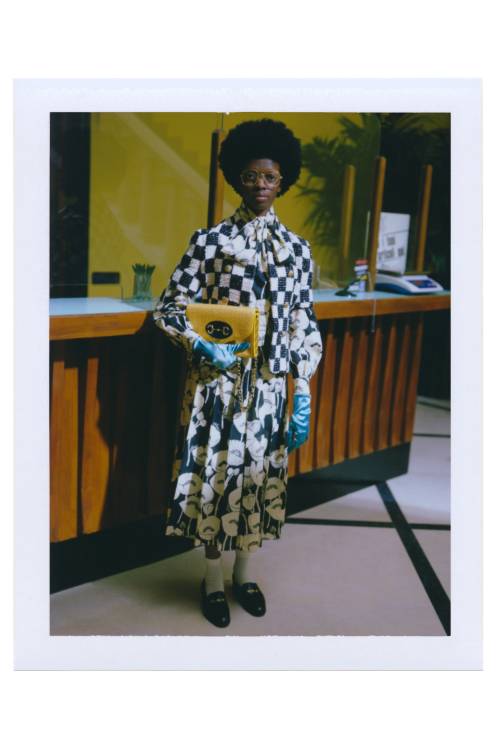 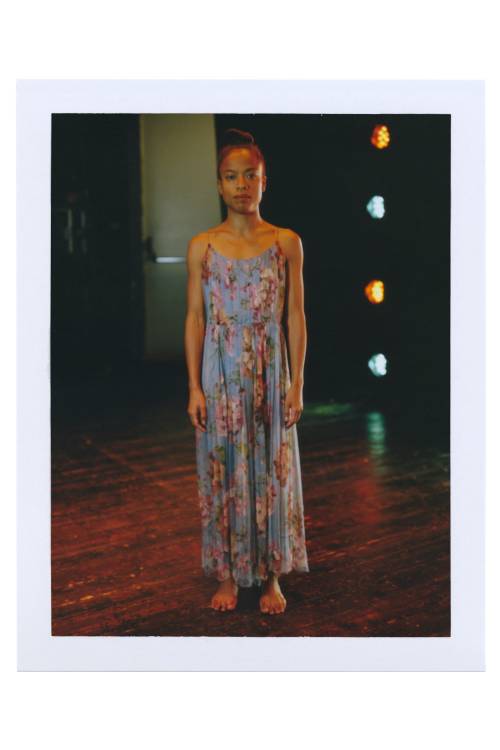 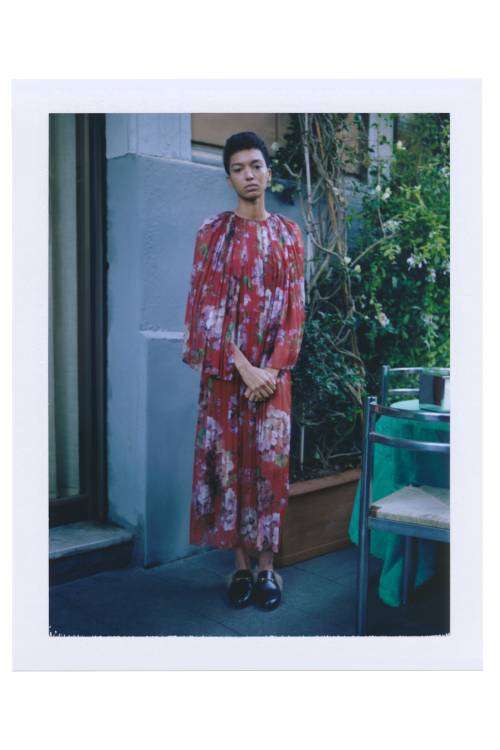 i believe in derek hale dogism

→ THOSE IN TEN’S WEDDING PARTY:

→ THOSE IN JACKSON’S WEDDING PARTY: 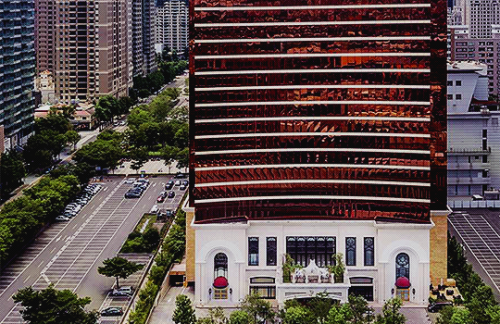 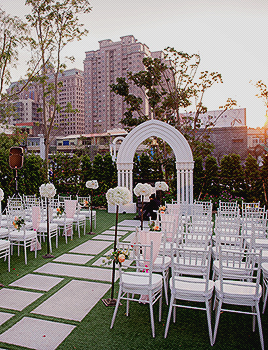 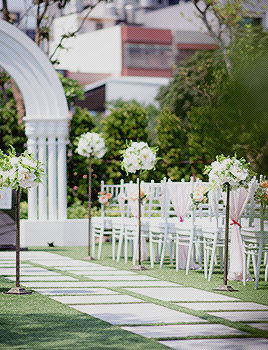 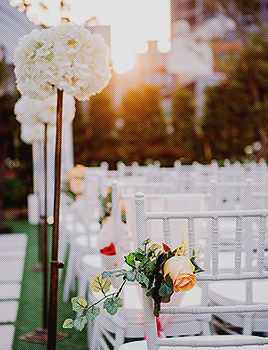 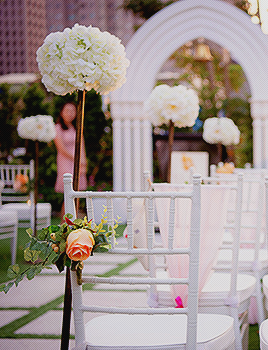 #( you are my endings and my beginnings; wedding 2021. )#/ my internet's fucking up so we're posting NOW dfjkghld
6 notes
brutal-nemesis
Text

Hoo boy my fingers are cold. Happy Ice Day! I hope y’all are staying chilly, and here’s to more pain! And as for this one…it’s a lot of pain (⊙ˍ⊙)

Oh also because I don’t have a place for this information but I feel like you should know before you read so when it comes up you get what I mean: I imagine a Quibhassian accent sounds quite similar to an Icelandic one.

Why was Castys somehow always in the wrong place at the wrong time? Seriously, he had the worst luck. Unless you counted accidentally witnessing a murder as lucky. Well, maybe it was lucky for the person getting murdered because then they could get justice or whatever. Except Castys didn’t really care about justice and never reported that sort of thing to the authorities. So, in conclusion, Castys witnessing your murder was unlucky for you and for him. Unlucky for you because he wasn’t going to tattle on the murderer, and unlucky for him because he was currently being chased through a forest by some murderer lady.

He was never a fan of running, and certainly not running through the snow while all bundled up because it was cold but running makes you hot so there’s no temperature happiness there. He was debating just giving up and trying to reason with the lady when he tripped over some hidden mystery object and landed face first in the snow, making that decision for him. A boot kicked his shoulder and turned him over before planting itself firmly on his chest. The woman attached to it was glaring down at him, holding a large icy spear-type-thing to his neck, which would be threatening if he could actually die. Well, maybe he could talk his way out before she decided to hurt him. Because he’d rather she didn’t.

#i wrote something#ice day#ice day 2021#castys#amputation#suicide for convenience#self amputation#implied suffocation#body horror#immortal whump#immortal whumpee#sorry to anyone who thought this was going to end happily in any way. but like have you met me#alright so now for the tags where i bare my soul#and tell you that i got the ice shackle that eventually incases you in ice from the pokemon adventures manga#*encases 🙃#there was no actual armputation in the mango tho lol#(MANGO are you kidding me)#people either got encased in the ice or had a ditto disguised as their arm for some reason#blue is my queen and galaxy brain as fuck#oh once again i will expose where i thefted names from#because i dont think anyone else has has experience with ancient egyptian#and ''quibhass'' is a smashed warped version of ancient egyptian words for ''cold'' and ''to be cold''#with added vowels because they have like no fuckin vowels#we deadass dont know how they pronounced the majority of their words#cuz they're like ''dpt'' like how do you say that???#dpt means boat btw it's the first word that came to my head lol#if you were like ''wow castys really just made himself laugh like that is that even A Thing''#yes its a thing its a me thing i struggle with it daily#deadass if you leave me in a room by myself i will eventually just start cracking myself up#if it's gonna be my fatal fucking flaw then it's his too
22 notes