#wwdits, #what we do in the shadows, #petyr, #meme, #shitpost, #full disclosure, #i took this weeks ago on sc and lost my fucking Mind, #but somehow forgot about it until now, #this mad cursed...shit
21 notes · See All
yandere-lecterAnswer

#full disclosure, #i've never seen it and hear it is not very good, #but tbh from what i've seen i'd watch it just to stare at him, #ask, #Anonymous
4 notes · See All
astoryadaykeepscovidawayText

It’s easy enough to forget
when you’re constantly under threat.
We are living in times
more sour than limes,
so if you need a break, don’t fret.

Claudia from Full Disclosure is asexual! 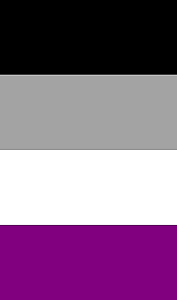 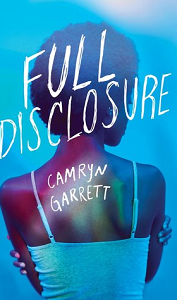 Also - as of monday - had a late night that day - due to him usually working from 4-9 pm our time. as his work. but due to problems with the delivery truck, which not only had some flat tires, but delivered late, he ended up, having to leave work at 6:30 pm and going back at midnight. due my anxiety and such, which gets triggered especially when he;s at work - and such, we didn’t go to sleep until after he got done on tuesday morning, when he finished work around 3 am. but also cause i have partial insomnia, we didn’t end up sleeping until probably closer till 5 AM, AND We ended up getting up at 7 am, because he also had to work the next morning. we woke up so we could make him food and he ’d have time for a shower - he then worked from 9 am till 4pm. but we were up so long at that point we didn;t sleep till closer till 1am. then we finally slept, and got up around our usual 8 am on wednesday. because it’s our errands day. to do groceries and the like. then we finally slept later that night. till today around 10 am. sorry for not posting more but i was understandably exhausted, and i was also fighting a headache till this morning, cause i also had a migraine from monday till this morning.

I also plan to be more open with what’s going on going forward and all.

Okay the iPad joke was a little bit funny and y'all can pry that from my cold, dead hands

#dream team, #full disclosure, #i am neither cis nor heterosexual, #and i found that joke fucking HILARIOUS, #and like the dt has their moments, #of yeah that's a tad homophobic, #but the ipad was so extra i can't
12 notes · See All
lightofthetreesText

Ok - question for my fellow Tolkien rp and fanfic folks. Is there a specific source for the idea that Melkor and Sauron can stop someone’s fea from getting to the Halls?

I swear I read that in a fic a long time ago but I have no idea which one. I think it was either Maedhros or Celebrimbor whose soul was trapped? Also idk if this idea is general fanon or was specific to that fic. Any help/knowledge would be appreciated!

#ooc, #full disclosure, #i would like to reference this idea in a fic im planning, #and i want to make sure i can properly site my sources and or ask for permission to play with the idea
4 notes · See All
random-obeyme-fangirlText

I only ever made it through one season of Game of Thrones (and yes, random guy at work, it really was because I found it boring as fuck and not because I wasn’t smart enough to understand it), and I’ve seen maybe an episode and a half of The 100, so while I am vaguely intrigued by the highly unsatisfying series finales (assuming the writers of The 100 won’t be pulling their heads out of their asses for last couple of episodes) and the accompanying fandom backlash, I don’t really have a dog in either of those fights. I’m getting increasingly nervous, however, about the Supernatural series finale. Yeah, I have a wish list. I’m sure many viewers do. I’m not even holding out much hope for an unambiguous canonization of the Dean and Castiel pine-fest that’s been dragging on for eleven years, but I do want an ending that makes sense. One that doesn’t shit all over the characters and narrative simply for shock value. I want to wake up on November 20th to see #supernatural trending for happy reasons (I’d also like that day to include a good foot of snow and the continuation of a weeks-long celebration of an upcoming Biden/Harris presidency, but it is 2020, so I’ll try not to be greedy). Don’t let me down, Supernatural. Pretty please.

i have Thoughts about hades’ voice in “hey little songbird”, none of which are pure

i might enter more giveaways if i didn’t have to tag 3 friends. who has 3 friends??? impossible standards

#i saw this on ig and wanted to share it on here, #full disclosure, #i relate, #lol
5 notes · See All
what-is-my-aestheticVideo

Happy music monday… HOW HAVE I NEVER COVERED FULL DISCLOSURE UNTIL NOW??!! Also who still misses Steven Universe? I have to rewatch but I feel like it’ll still hurt 😅  I really hope you enjoy- I think I’m covering a tiktok song next week (Mad at Disney) buuuut let me know what you want to see next!

i’ve never said a bad word against city in my life.. me, a lifelong ellen white fan,

come on you citizens or whatever y’know?

#full disclosure, #i am not awake rn and i will not be cuz i’d rather stick needles in my eyes than watch these teams, #this is queued, #BUT FUCK CHELSEA.MP4, #STEPH HOUGHTON FOR MVP, #.
0 notes · See All
darbycicciText

ppl into the dark academic aesthetic be like “oh how i wish i lived in new england so i could be my aesthetic all the time” as if the whole region resembles harvard square and not just a place full of white guys wearing basketball shorts, patriots hoodies, and red sox hats drinking gigantic dunkin iced coffees with way too much sugar.

#full disclosure, #i love new england - literally why i moved back, #and a lot of it has to do w/ my own personal aesthetic preferences:, #old cemeteries. mountains. old buildings and cities. historical buildings and monuments, #etc etc, #but you can’t romanticize an entire region - especially if you’ve never been, #because you’re setting yourself up for disappointment, #new england is beautiful yes but it’s also just as drab as your own backyard
4 notes · See All
purecampText

just testing the waters for now. is this better? are we satisfied? can i enjoy my own blog again?

#full disclosure, #my header has not been changed, #that’s because it’s a picture that i took from my one and only show, #which i really enjoyed and have incredible memories from, #if u wish to send me abuse over it - consider giving less of a shit, #thank u and goodbye for now
5 notes · See All
everyonelovespiText

Full disclosure… sometimes I’ll sit with a blanket over my legs, not because I’m cold but because it hides (and censors) the fact that I’m sitting horrifically un-lady-like in girl-length shorts.

‘being able to hear people’s emotions is one thing… understanding them, that’s what really takes practice.’

#iamcole, #full disclosure, #i know next to nothing about dragon age--
27 notes · See All
wyrmmasterText

I’ve gotten a fair amount of compliments on my voice and manner of speaking over the years but I think tonight marks the first time anyone’s ever told me that my laugh is sexy.

Which is strange because the laugh that got this reaction was ugly as hell. I haven’t laughed that hard in years. I was in tears and physical pain afterwards. They were entirely sincere about it, too. Spent the rest of the group call trying to flirt and make it happen again, then switched to DMs after someone mentioned them doing it.

Not weird in a bad way, but surprising.

#full disclosure I'm pretty sure this person's had a crush on me for a while so this wasn't the only reason, #but it was apparently what opened the floodgates
16 notes · See All
pigeonjudettePhoto 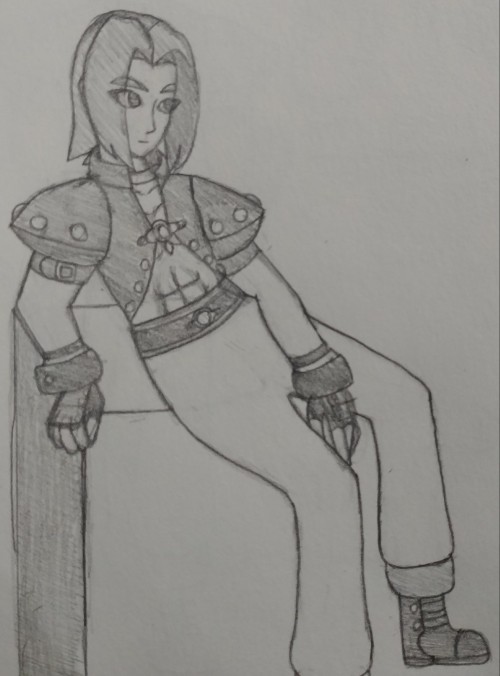 #dark cloud, #dark cloud fanart, #seda, #joodles (judy doodles), #full disclosure im not very good at drawing dudes :x, #but im not gonna lie i think im finally finding out how i want seda to look when i draw him, #thank god honestly i love this edgy mans, #and his obscene guyliner
0 notes · See All
Next Page