Literally tried putting Roy into the traditional robes and the headpiece….and he’s scar less zuko (this is my hc that Roy is xingese)

the bf and i are getting geared up to cosplay roy and ed this fall and he threw together a quick costest today (still needs a new wig, this one is for his kageyama tobio cosplay, and a better shirt) so i took some thirsty photos 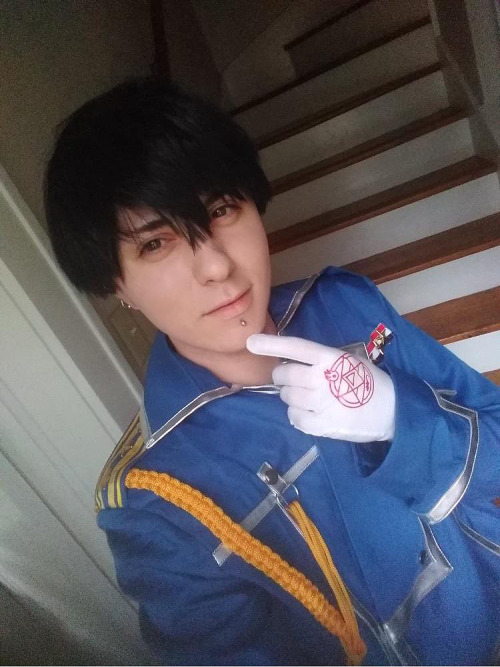 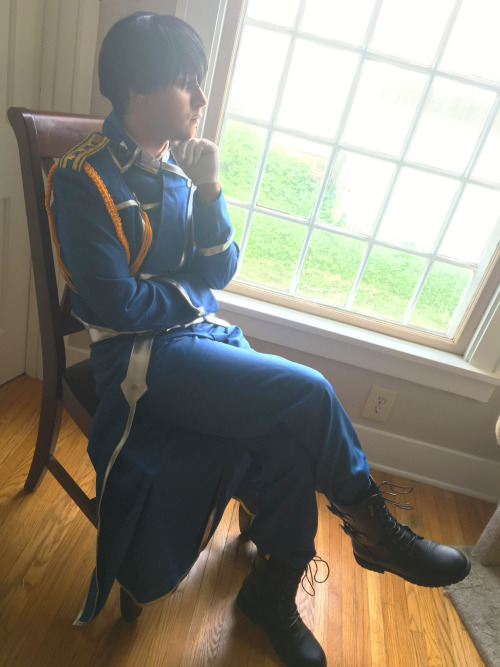 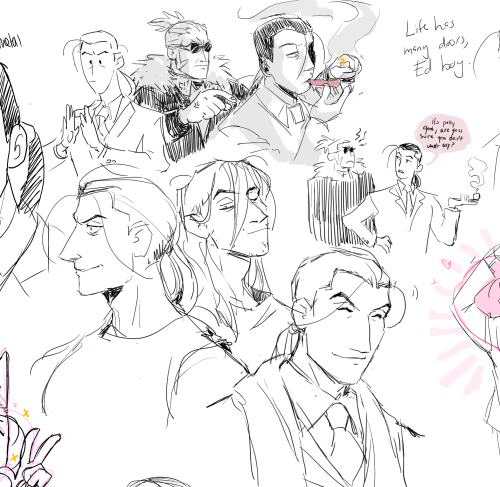 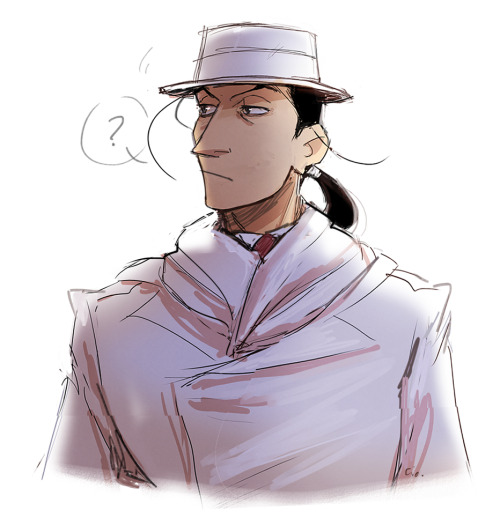 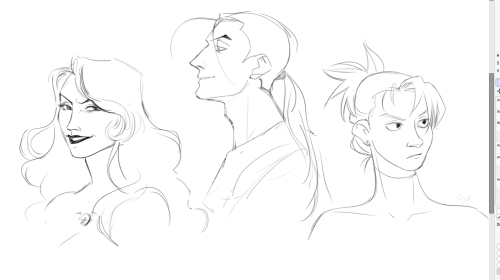 This one in the group is actually inspired by a series @hyuroiofficial is doing! Yall should check their art out it’s really really good Repaints 1-5 of my repaint project so far. Going to do about 15 paintings total. 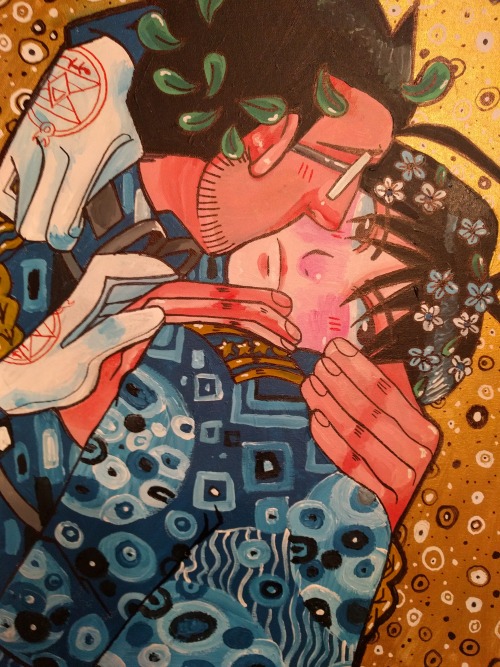 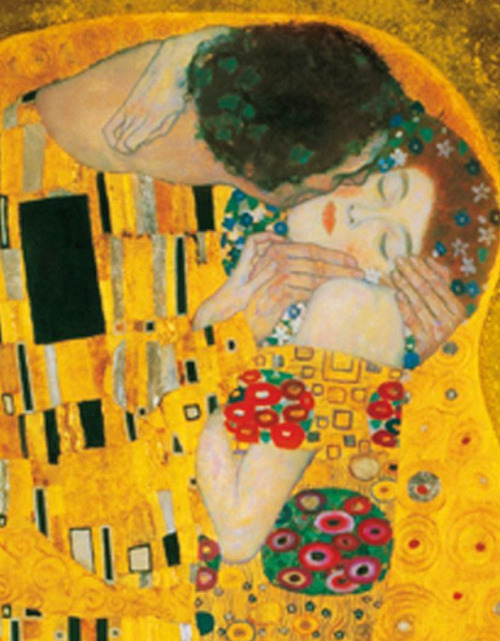 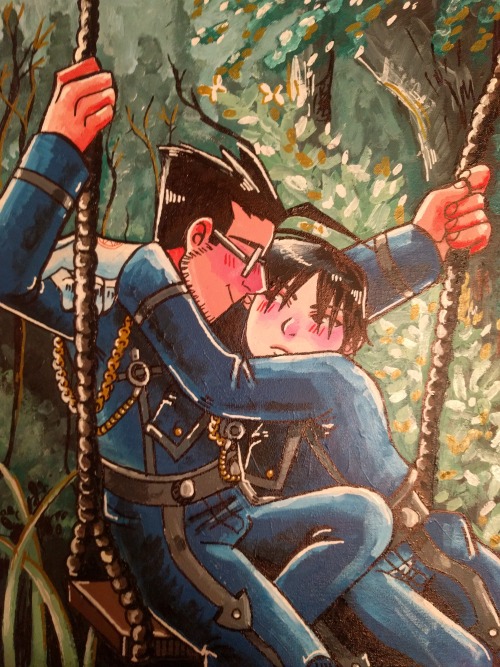 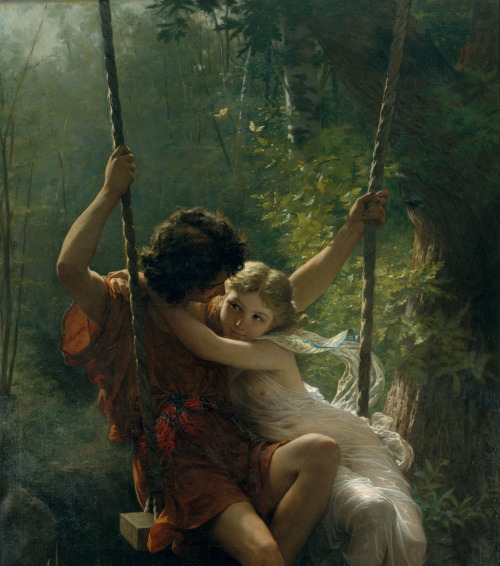 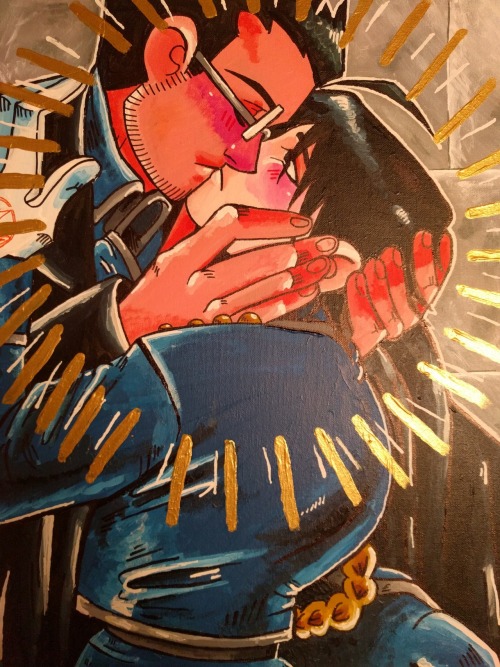 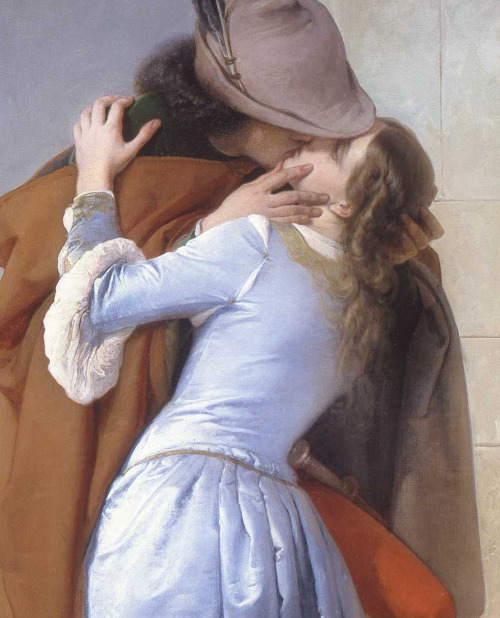 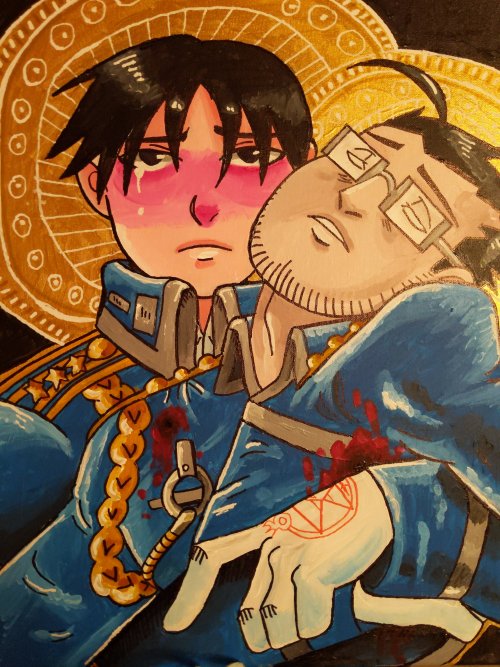 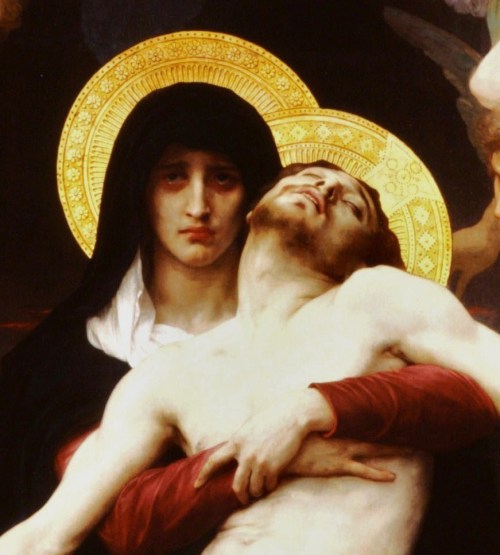 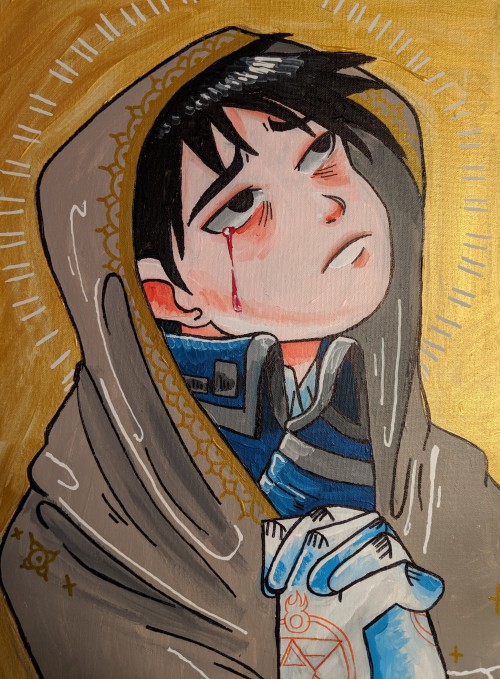 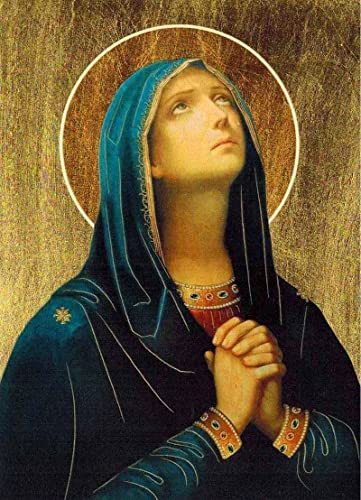 Martel has a terrible sense of smell.

1. He’s asexual; I rather imagine that marrying is extremely common in Ishvalan practice, though while Scar was probably not obliged to do so while he was a warrior monk (who probably are expected to focus on studies and martial technique), it mgiht have been assumed he would get married post-Promised Day, but he declined to do so. I imagine him saying something like affairs of that matter have never interested him at all.

2. the whole THING about alchemy isn’t a feature of Ishvalan religious doctrine in general, but it’s something exclusive to Scar’s interpretation of Amestrian alchemy. It’s notable that he is the ONLY Ishvalan (in the original Manga and brotherhood) who expresses this distaste for alchemy, while others seem to not really care. You can practically FEEL the other guys in the room start rolling their eyes when he argues with his brother about it.

3. On that note: Scar’s issue with alchemy in general does not extend to Xingese alkahestry at all, and this may be a because of a philosophical approach. Amestrian alchemy posits that something is lost when they transmute; they are destroying something in the world, in a transactional context, and to an Ishvalan strict perspective, this is unbelievably arrogant and blasphemous to say. Xingese practices do not make any such claim, so I think it’s more of a philosophical issue.

4.headcanon wise, I see the Ishvalans as being mostly Ainu in sense of what they’re most culturally akin to in terms of real life analogues or representation; in terms of if a culture such as theirs had adapted to a desert region, specifically.

5. Due to the uncannily similar outfit design and proximity, despite them looking very different I believe that the people of Ishval and of Xerxes are related somehow. The people of Xerxes wore outfits identical to that of modern Ishval, and while it may simply be a case of what’s most practical to wear in the desert, the similar designs and those cloths worn around the chest seem to have some cultural significance. I suggest that the Ishvalans and Xerxians may have come from a common culture that split into variants long before the events of Father’s whole… THING.

7. biggest Scar headcanon; his entire rampage against state alchemists was motivated less by him wanting to avenge his people, precisely, or really accomplish anything, and more of him trying to find a good way to die. He didn’t have a grand purpose in mind, and his actions strongly support that, particularly later on, he didn’t much care for what he accomplished; he was just fighting until someone got lucky enough to take him down.

The interesting thing is, there’s evidence that he stops caring about his own life later on; early on, when Scar still believes he is the last Ishvalan, he’s a lot more careful and takes efforts to make a getaway when outnumbered. It’s only AFTER he finds more of his people, and we learn that his actions are antithetical to Ishvalan morality, that he gets more reckless; he charges without a thought, he never EVER retreats at this point, and he’s shown to have a deeply bitter and self-loathing attitude. The impression comes up of a man who wishes he had died with the rest of his family in his holy homeland, and who is just trying to make the people of Amestris suffer as he has suffered before he dies. It’s the chance to do something practical and help his people that really shifts Scar from ‘antagonist, but only because he opposes the heroes’ to ‘the stoic guy baffled by how ridiculous everyone is’

8. Character design theory! I firmly believe that Scar was inspired by grim heroes of the super manly anime tradition, inspired by characters such as Kenshiro from Fist Of The North Star and Guts from Berserk. (Arawaka likes her men a certain way, too, and that is for them to be FUCKING HUGE.) 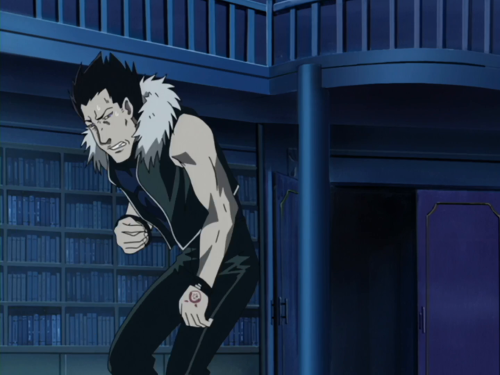 messing about with Ed