obi-wan: is shown rubbing his right shoulder in pain more than once, gets hit there like twice in the clone wars
me: thinking face,

#someone sTOP ME FROM WATCHING THIS SHOW, #I SHOULDN'T BE ALLOWED TO HAVE THOUGHTS OR OPINIONS OR CONTROL OVER THIS BLO, #G
1 notes · See All
sunsetsmorgueText

“Wall-E” expertly aggregates themes of love, life, and genesis to deliver a compact masterpiece that sends a powerful message across space.

Wall-E is a robot designed to clean up the Earth after it was deemed uninhabitable 700 years ago. The humans left on a ship called, the Axiom, and have lived in space ever since. One day, Wall-E finds a plant and saves it along with a bunch of other things he hoards that peaks his interests. A little while later, he meets Eve, who is a robot that was sent to Earth to find evidence of life. Wall-E, being enamored of Eve, gives her the plant which promptly puts her in a protective stasis mode until she is picked up by the Axiom. Not wanting to leave her side, Wall-E hitches a ride into space and boards the Axiom himself. Now he must find Eve and save the world using the plant, his new friends, and the captain of the Axiom.

I remember watching this film in theaters and not having much to say about it. I thought it was just another good movie, but it’s always stuck with me in the back of my mind. Fast-forward twelve years later and now, this film has completely floored me. This film opens with the song, “Put On Your Sunday Clothes” from the movie, “Hello, Dolly”, juxtaposing the harsh, apocalyptic settings of the opening shots. Still, this film feels old-fashioned with its focus on visual storytelling. Although robots having this level of sentience, autonomy, and emotion feels inauthentic, Disney/Pixar has this inexplicable way of being able to get away with it. The way Wall-E and Eve emote in this film clearly tells the audience what’s going on and how they’re feeling about it. For a character with almost no words spoken and a robot following commands, Eve proves to be a surprisingly deep character. Wall-E, on the other hand, is a little more simple. That’s not a bad thing however. Wall-E’s naivety and wonder lends to the character’s humanity. This humanity is the reason I believe he survived the longest out of any of his other robot companions. This essential characteristic of Wall-E drives the plot forward and eventually leads to the salvation of the entire human race. There are slight biblical themes sprinkled throughout this film as well. It’s no coincidence that the only people Wall-E interacts with and liberates are named, John and Mary. I think this allegorical connection leaves just enough for the audience to know that the human race is going to be just fine after the end credits start rolling. All in all, this film is up there in the pantheon of masterpieces from Disney/Pixar. There’s so much to be said about this film that barely has any dialogue in it. I know the entire world must have watched this movie by now, but on the off-chance that you haven’t, please go watch this film. 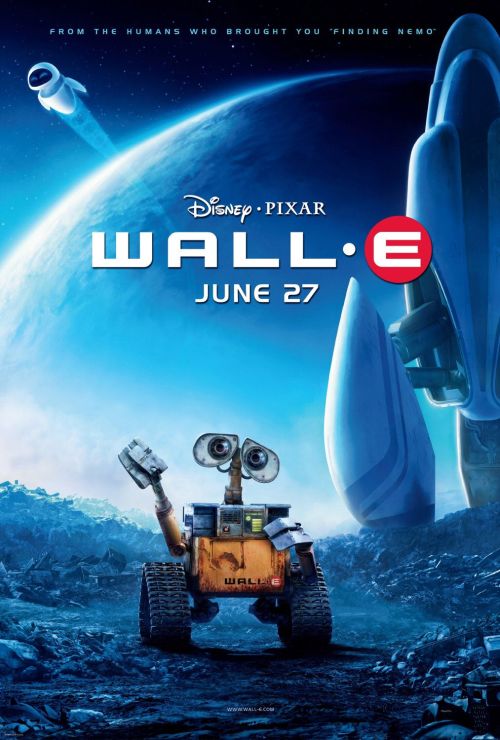 Lazy scetch of G as a school ghost. Uniform and casual clothes.

[I would have stolen you a whole orchestra] H

so gabe got married yesterday. i was kind of worried that he wouldn’t make it to the day, but he actually didn’t look as sick as i was expecting so that’s good. i took almost four hundred pictures because i really want him to be happy. gonna start going through them and editing them and sending them as i go so he can enjoy them. and i want vicky to have something nice you know? for after.

it’s really weighing on me and i still feel like i can’t tell anyone. maybe when it happens geoff and i can talk about it. i really want to tell him everything… i want to just spill all of it. but it’s not an option. i have to protect myself first. my income and my “coping skill,” and i’m gonna protect gabe too. if he doesn’t want anyone to know, nobody’s gonna know. there’s nothing we can do to stop it, so it’s not like it makes a difference.

anyway it was hard but the day was good. rory behaved great and she looked so cute in her dress and geoff looked sexy as hell in a suit wow. over the last few days he and i have been regularly sneaking in some time to mess around so that’s been fun. not during the wedding though! still no sex (which is my - i was gonna say “fault” but maybe “request” is a better explanation). still the wedding was so nice that it  made me want to marry geoff even more than i already do. when we got home we talked a little about serious stuff but not in a bad way and then i was showing him music and he said he liked that i was doing that, which made me happy. it was a pretty good day.

the night was bad though.. we’ve had worse for sure but last night… it was rough.

everything was totally fine until we were getting in bed. geoff had this stomachache come out of nowhere and it seemed bad. he shot down almost every single suggestion i had of how he could make it better and he was yelling at me a little because he was in a a lot of pain so i had to just kind of shut up and guess what to do. i wanted to take him to the hospital but he was telling me to go to sleep and he was really agitated so i didn’t fight him although i did make him promise to wake me up if it got worse. i took two benadryl (i only said i was taking one) and brushed my teeth and then i uh. i cut myself for the first time.

it wasn’t a lot and it was nothing dangerous but it felt really good so i’m definitely going to do it again. i’m glad i bought some razor blades… they’re super sharp which made it really easy. cleanup was kind of tough but i know i’ll get better at it.

i know i should say something to geoff right away (and i probably should have several weeks ago) but i finally found a way to actually manage whatever’s happening in my life without blowing up on anyone or running away. so i need this.

it’s fine. i won’t get addicted or whatever, i’ll just do it a little when i’m upset. it’s so much faster than pulling my scales out and seeing the red blood is just intense as seeing the silvery-white blood if not more.

oh god i wonder what my tail looks like.

when i went back to get in bed with geoff he said the pain got worse while i was gone. i think the word he used was “spiked” and he was asking me if i was ok which was weird. i wanted to tell him that we should call awsten and otto and make sure they’re ok but he sounded sure when he said earlier that it wasn’t about them so i didn’t ask. i just kept rubbing his stomach when i felt like he wasn’t going to snap at me for it. he kind of reminded me of a sick animal if i’m honest. i was almost as worried about him growling and biting me as i was about him actually being sick you know?

and it sucks a little because the whole thing fell apart anyway. i took pills to go to sleep and then you know who fell asleep right after? geoff. he made this whole fuss about me going to bed because HE was gonna stay up and then he didn’t stay up! the only reason i said yes - other than being a little freaked out - was because he said he’d be awake. i’ve been staying awake to keep an eye on him while he sleeps! and then he was yelling at me last night that HE needed to protect ME. i don’t know if he means from this flower dude or what but it made me nervous. i just wanted him to calm down. and he did and then we both slept all night.

i feel gross today, grosser than i’m telling him. i’ve never done well with medicine that makes me drowsy and i still don’t, i’m so groggy. i wanna go back to bed for a little while and maybe i should but i think he needs me.