Artwork for the Halloween Galar Garden merchandise at the Pokémon Centers in Japan. 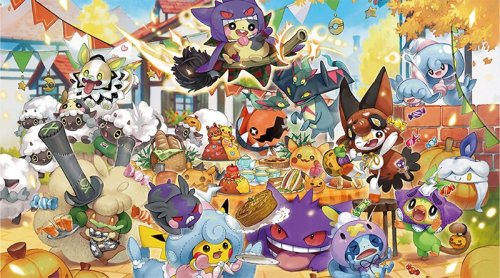 In my new play through of Shield I’m going full on bug trainer. So here is my current team.

Galarian Moltres is said to work together with Yveltal, eradicating the souls deemed unfit for the underworld or reincarnation

Come on, this one is super easy to guess! The first one to guess the mysterious Trainer will get a free sketch commission!

And lo, a new tradition came to Galar… 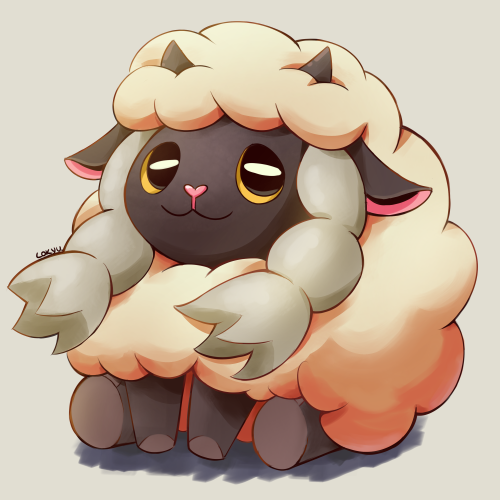 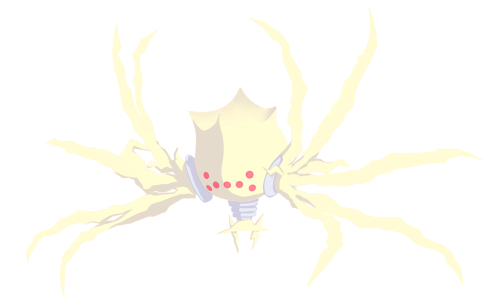 So, the main reason I’m not being as active in Tumblr as I was in the past?

I’ve been, roleplaying alot in a very nice Discord server that is set up on the Galar region but without any of the canon Sword/Shield events happening within it and with OCs having tons of adventures

If you guys would like me to show more about it I’d be glad to do so! 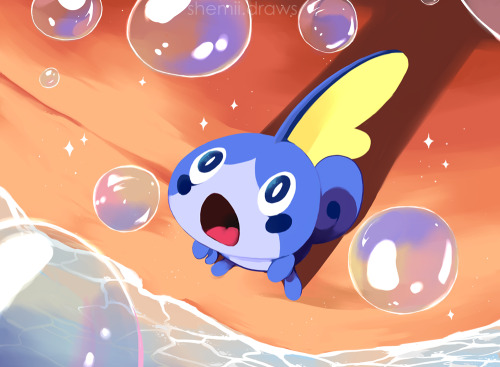 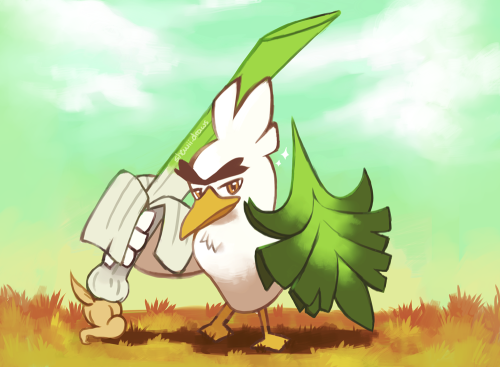 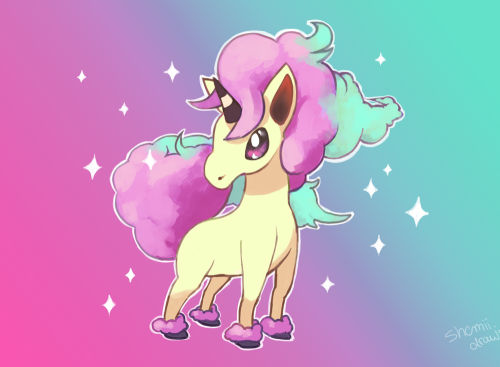 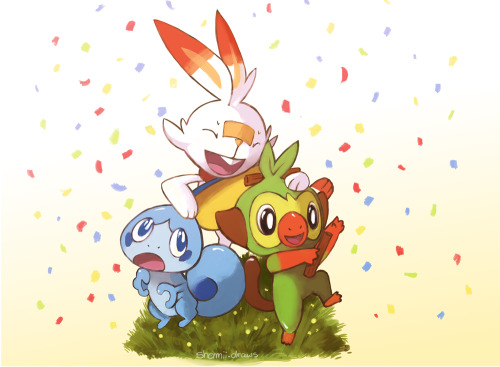 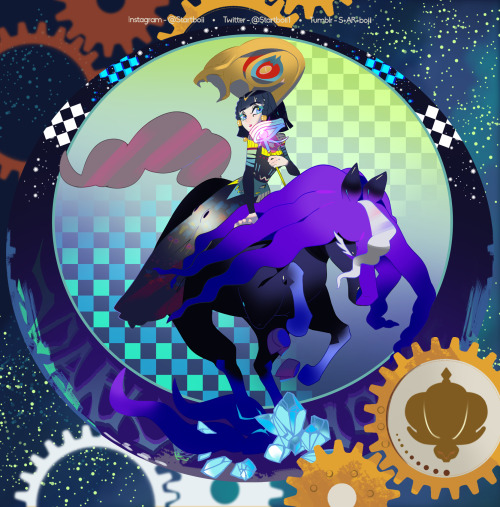 Tried to draw this man from memory 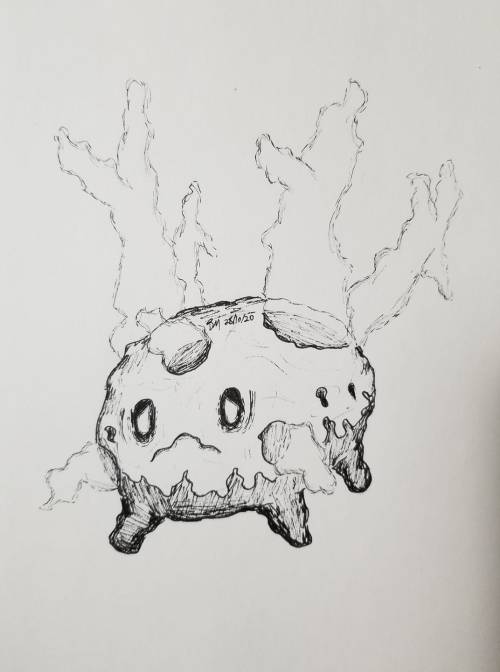 This mon can do magic now! It is time to return to the Crown Tundra! https://youtu.be/XG-yEBFFlq0 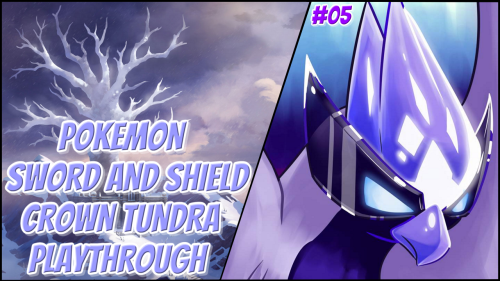 So, I talked once about regional forms, and how Sun and Moon introduced the concept of different regions having different variants of pokemon adapted to that particular environment. It’s a neat way to give a new spin on a particular pokemon and flesh out the world in a creative way, and generally it’s done exceedingly well. Because it went over so well in Sun and Moon, Sword and Shield brought along even more regional forms, this time with an additional twist: new evolutions specific to the regional form! This is after three whole generations without any cross-generational evolutions besides Sylveon, making it feel even more special, and Cursola is the first example of this concept we’re reviewing.

Galarian Corsola, Cursola’s pre-evolution, represents bleached coral – coral that’s expelled its algae due to rising water temperatures caused by climate change – and is effectively little more than a sad coral “skeleton”. Appropriately both Ghost-types, Cursola continues with this concept, now a ghost made of ectoplasm exploding out of Corsola’s skeletal remains, an orb with Corsola’s face encased within it. This orb is apparently Cursola’s soul, which the ectoplasmic growth around it serves to protect. Notably, that growth also has its own face, appearing to scream in lethargic agony in contrast to the more cutely sad Corsola face.

The ectoplasm also has a rather severe effect upon those who touch it: becoming “stiff as stone”, like a touch-based gorgon or something. This characteristic is even represented by its hidden ability, Perish Body, which causes both Cursola and anyone who uses a contact-based attack against it to faint in three turns, the same effect as Perish Song. Conceptually, I feel this isn’t QUITE as cool as Perish Song is, and it’s not actually that useful of a gimmick since it just means you both need to switch out to avoid fainting, but it’s still a pretty neat idea. The TCG had its own implementation too, seen above!

The shiny changes the opaque portions from white to black, which looks eerie as hell and creates an effect even better than the average black shiny. Love it!

Cursola’s a great concept for a pokemon and an intensely creative design, one of those that really stands out because of their distinctiveness. That said, on an aesthetic level, I admittedly don’t personally like it that much?? Like it feels so weirdly top-heavy that I feel it would just topple over, even if its ghost body logically doesn’t have any weight to it. I dunno. I definitely RESPECT Cursola, it’s just a rare ghost that I don’t particularly vibe with, even if I do love the idea of it. Certainly good regardless, though.

I’ve started playing through the All Star tournament and the first pairing to really tear me to shreds were of course these two. But I don’t mind too much because they’re both 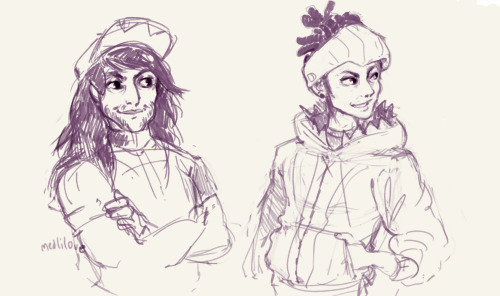 Not me being way late to the Crown Tundra party, lol. 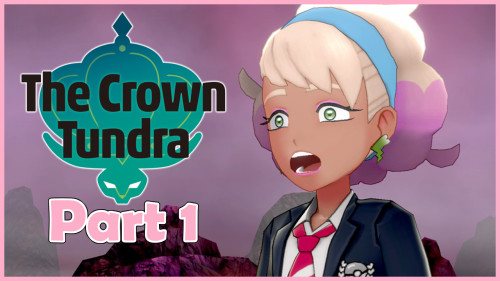 Started a new play through of Pokémon shield yesterday, and got reminded how much I love Nickit’s little shoes