Bruce falls in love with Thor’s bubbly personality along their adventure. Thor tries to talk to Loki but he gets scared and accidentally freezes Thor’s heart. Thor saves both himself and his brother when he stops Loki from getting killed, breaking the curse with an act of true love.

Even though things are great, Loki starts hearing a voice so he and Thor and Bruce go on another adventure where Loki finds out about the source of his ice magic and decides to stay to protect the land while Thor becomes the king. The two brothers become the bridge between the kingdom and the magic lands because “a bridge has two sides and father had two sons.”

Bruce proposes after days of trying to find the right moment, and of course Thor says yes!!

And everyone lives happily ever after.

The only thing I want from thor love and thunder, the only thing, is more of that sweet, sweet thorbruce content

If they didn’t want me to ship it, they shouldnt have left in the suggestive dialogue

Bruce: *reaches out a hand to help him*

Thor: *switches all the bags to one hand and takes Bruce’s hand and holds it*

Bruce: that’s not what- okay.

Bruce didn’t drive, as a general rule. There was too much danger of a shift; road rage was a very real problem for him. But the morning of Odin’s funeral, after another night spent sleeping separately, Bruce had found three mini bottles of vodka on the top of the kitchen garbage can that hadn’t been there the night before, and Thor was close to tripping over his own feet.

Sighing, Bruce went into the bedroom to grab his oil pen. He didnt often partake in the medicinal marijuana that had once kept the other guy at bay anymore; the whole idea of therapy was to integrate himself, which meant letting the other guy exist. But today he couldn’t take that chance. Today he would make that decision for all three of them.

“Share,” Thor insisted, thrusting his hand out when he saw Bruce emerge from the bedroom with the pen in his hand. Bruce frowned slightly, then crossed the room to re-tie Thor’s tie for him.

Bruce’s suit was considerably more ill-fitting than Thor’s, but the other guy’s sensory issues made it almost impossible to find workable dress clothes. Thor, somehow, looked like he just stepped out of a men’s magazine, even as lubricated as Bruce knows he already is this morning.

“It’s not for you,” he replied tightly. “And you didn’t hide your empties very well, I think you’re fine for now.”

Thor opened and closed his mouth a couple of times, lacing his fingers together and separating them a few times. “I -” he started to protest, but then looked down. “Sorry."

Bruce let out a long breath. Thor’s anxiety was generally well-controlled, but when his family was involved, it became almost impossible for Thor to control his compulsions. He held out the pen, a peace offering, a sign of understanding.

Thor took it gratefully, inhaling for a long several seconds before releasing a cloud of vapor that drifted around his head like a halo. Bruce took a hit as well once Thor handed it back, and then together they made their way to the truck, Bruce’s hand on Thor’s back the whole way.

Bruce realized halfway to the cemetery that letting Thor use his pen while he was stressed out was probably not the smartest thing he had ever done. With little else to do on the hour-long drive, Thor kept his head turned to the open window, silently chain-smoking and taking hits from the pen between finishing one cigarette and lighting another. By the time they arrived, Thor was sluggish and red-eyed, and Bruce winced when he slid a flask from inside his suit jacket and took a pull before getting out of the car.

"Thor,” Bruce said. He wasn’t exactly not-high himself, but he also knew exactly what level he needed to be at to function while still keeping the other guy under wraps. For Thor, more was always better, and functioning didn’t factor into it at all. “Don’t -”

Thor quickly recapped the flask and slipped it back into his pocket. “No more, I promise,” he said, looking up at the crowd gathered at the graveside. Bruce recognized Heimdall, Thor’s much older half-brother Balder, and, coming towards him, her long black hair unbound yet still somehow harsh-looking, was Hela.

“So he’s gone,” she said when she reached them. “A pity I wasn’t there to see it.” She gave Thor a critical once-over. “You’re not fat anymore."

"But you’re still a cunt, so I don’t know what you’re doing over here, Hela,” Thor responded tiredly.

Thor’s sister gave them both a sickly smile. “Oh, brother, you’re going to wish you were nicer to me.” With a flick of her blood-red fingernails, she turned on her heel and walked back to the assembly.

“What was that about?” Bruce asked. He knew Hela and Thor had never gotten along, that his sister and his father had made life a living hell for both Thor and Loki, the youngest. This might have just been more of her petty torments.

Thor shrugged and Bruce didn’t comment when he took out the flask for another quick swallow. “She’s just trying to be an asshole, like usual,” he said, then frowned. “I don’t see Loki."

Bruce glanced around and sure enough, the youngest of Odin’s sons was nowhere to be seen. "He’s probably just late,” Bruce assured him. “You know he likes to make an entrance."

Thor chuckled, but it was tight and humorless. "You’re probably right. Come on, let’s get this over with.” He started trudging towards the graveside group, Bruce jogging through the dewy grass to keep up.

This sure is a space romance alright….

#thruce, #Thor, #Hulk, #marvel, #gammahammer, #thunderfist, #how many ship names do they have, #thorbruce, #hulkthor, #idk man, #I jsut really lov then
207 notes · See All
spaghhhettiText

jus wanna find that one thorbruce fic i read a WHILE ago when i First got into the ship where bruce notices that thor is missing home so while thor’s out ,, bruce like decorates the house 2 be like asgard ?? like he paints the walls & puts a bunch of glow in the dark stars on the ceiling or something ???? does anyone know what im talking abt pls i am So desperate

even before i got really into marvel (and some time after) i had this predetermined idea that people just shipped Thor and Bruce Banner. i’m not sure where it came from, but for some reason, without ever consciously acknowledging it, i just thought that it was a popular ship.

i hadn’t seen much marvel media (MCU, comics, or otherwise) so i didn’t even have much of a frame of reference for that. i just thought for some reason that it was like, Steve and Bucky levels of popular.

it’s like it was planted in my brain i just-

#thorbruce, #gammahammer, #i mean i ship it now, #these soft gays, #how can you not?, #i was very confused when i found out about science bros, #i was just like but tony is mean to him why-
15 notes · See All
astrobrucePhoto 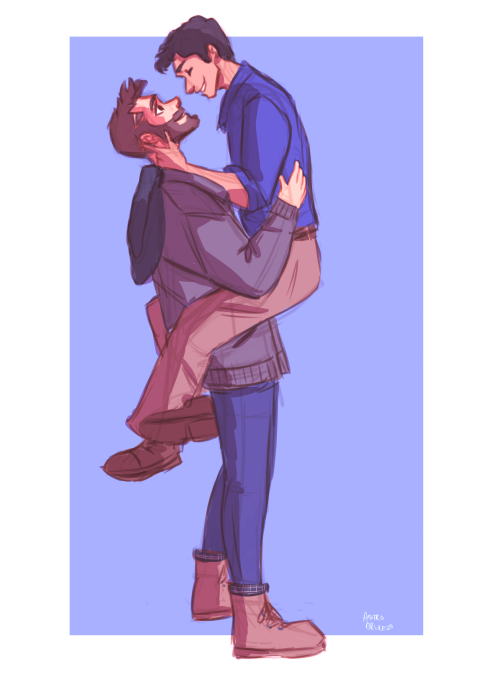 Thor and Bruce talk after Asgard falls.
They make an agreement.

At this point, say Thorbruce is a crackship is not allowed.

#thunderscience, #Thorbruce, #Gammahammer, #Marvel, #Mcu, #It's not the most popular but y'all checked their interactions–, #Bruce Banner, #Thor
65 notes · See All
esperataLink
The stories of scars [podfic] - Esperata - The Avengers (Marvel Movies) [Archive of Our Own]https://archiveofourown.org/works/23989702

You are my world, let me discover you!

Thor + Bruce | My Boyfriend’s Back

hi im looking for mutuals to talk about marvel with? reblog if you like:

-guardians of the galaxy!!

-sambuckysteve (or any ship between the three of them lol)

-really any tony ship?? (except for st*rker bc that is DISGUSTING)

-ngl most marvel rare pairs or really any ship i guess? (only if the characters are around the same age please i’m begging you)

i really hope at least one person reblogs this because i would love to talk about marvel with someone!! (except for endgame and infinity war bc they never happened lol)
i have a lot more about marvel that i didn’t list bc lets be real, if i listed everything, the list would be a mile long lmao

Just, imagine Thor and Bruce being cute and soft with each other in their house pls 😔👌❤️

#Thunderscience, #Thorbruce, #Gammahammer, #Thor, #Bruce Banner, #Marvel, #Mcu, #I DIDN'T FORGET THEM, #Y'all are so nice liking my stuff I don't desserve u
90 notes · See All
avengers-assemble-fandom-squadAnswer
Okay are we gonna discuss the GammaHammer motherload that is Midgard Crisis???? Like Hulk's face as he looks at Thor's controller is so sad, the poor baby.