This is how Garchomp follows you on the water! I always forget he can actually fly but he looks so cute when doing it

a quick-ish painting of my favorite pokémon, garchomp! 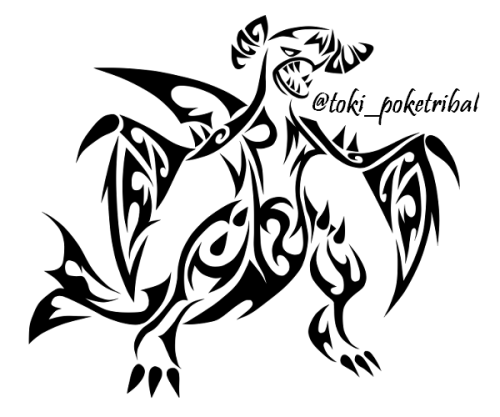 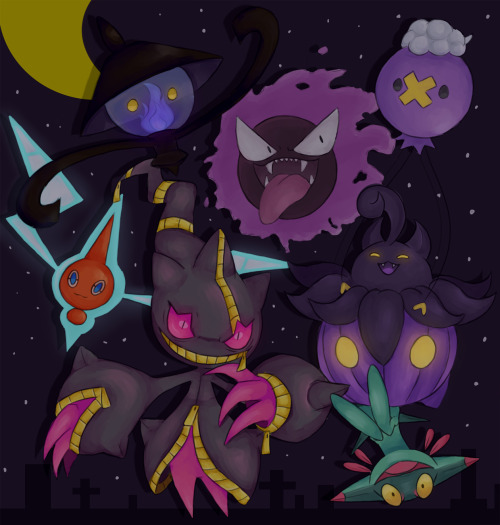 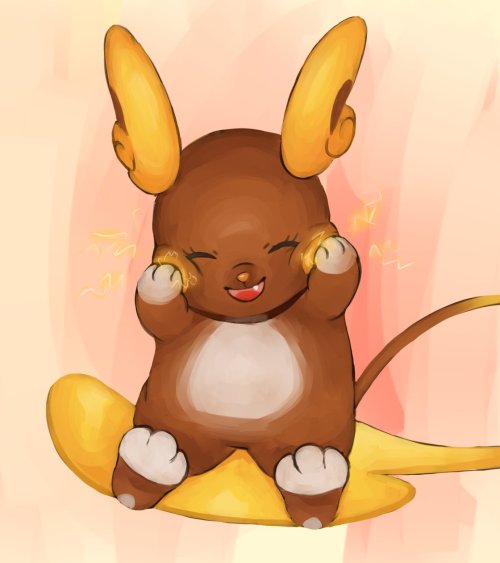 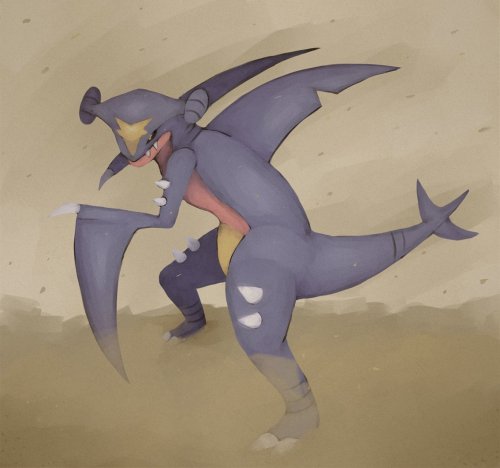 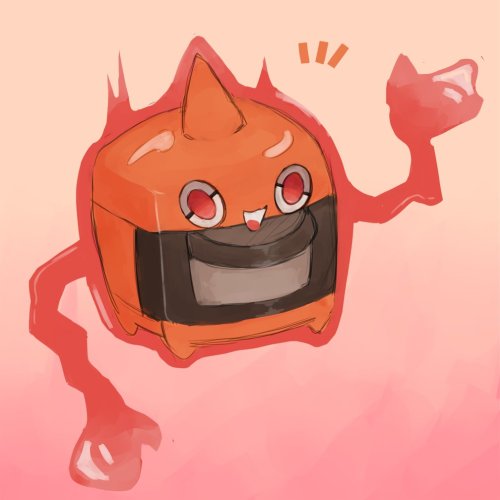 One of the great trainer Cynthia’s Pokémon

The purple turned out pretty cool! 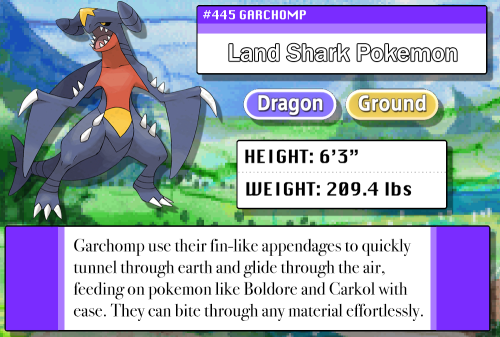 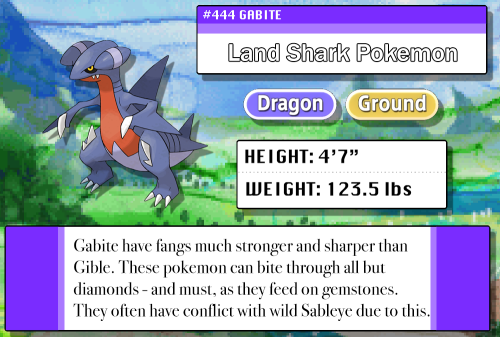 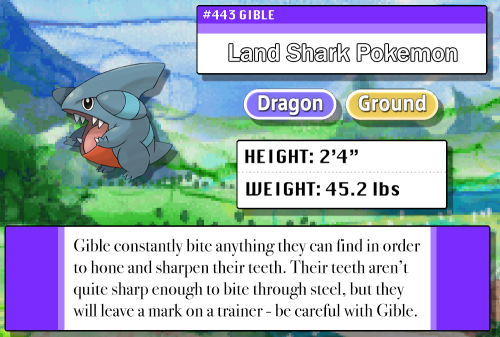 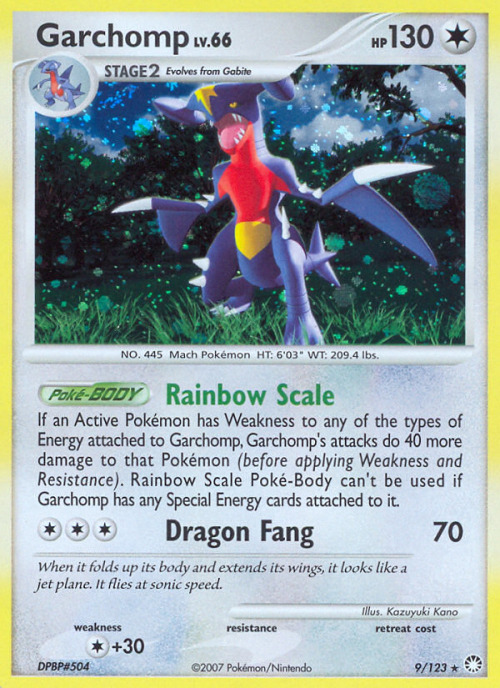 I like how there are other Pokémon features behind lucario.

me and my pokemon team on the river walk 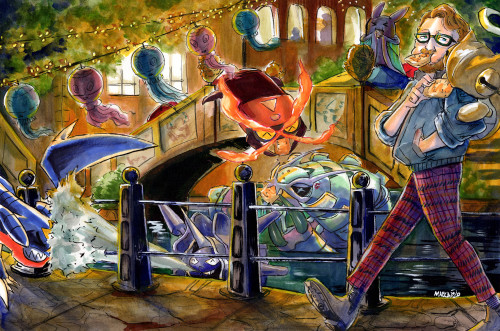 Confused? More like irritated out of his mind lol

“Please stop making my job more difficult!” He pleads, but to no avail.

Silver was battling with a trainer he only needed to defeat on more pokemon in order to win. “Come on! Just send another of your Pokemon…maybe that fatty next to you!” The trainer mocks Silver who retrieve a fallen pokemon from the battle, he was battling a Garchomp, Abigail was next to Silver she didn’t minded the trainer words but Silver show some disgust towards the trainer.

“Tsk…Hey Abby….” Silver look down seeing Abigail who was clinging on his leg.

“Oh? Uhhh…yes?” Abigail look at his trainer knowing it was her turn.

“Show this F#$!&€r some manners” He pointed at the trainer and his Garchomp Abigail affirmed with her head as she approached to the Garchomp who was clearly taller than her look down at the tiny ghost and started to chuckle

“Hey Tubby you should probably leave before you get yourself hurt, Geheheh.”

Abigail look up at the Garchomp directly at his eyes and started to talk “Excuse me Mr. Garchomp it is my duty to inform you that we shall engage on a battle, in which only one of us will come out as the victor. Such are these unfortunate circumstances i beg your forgiveness for what i’m about to do in other for me to achieve this victory and to let you know that my next actions are not because i have a grudge or any personal aversion towards you but because i’m just following orders….may i wish thee luck for the outcome of this battle”

“What? What the heck did y-” before he could finish his sentence he was attack by the ghost who use Dazzling Gleam the brightness of the attack made the garchomp and the trainer close their eyes the attack was very effective causing him to fall on the ground.

He slowly got back up as he snarls in anger “You fat bi-” he stop as he notice the Gengar dissapeared looking around and turning to his trainer who was confused.

“Wh-where did she go?!” The trainer yelled looking around only to see Silver who was just standing, the Garchomp turn his gaze towards Silver who once he notice the pokemon was looking at him he only pointed with his finger towards the sky both the trainer and the Garchomp look up in confusion but saw nothing, immediately the dragon felt something around his legs and they got pull falling to the ground, the trainer turn his head quickly to see what happened.

He saw under the Garchomp legs his shadow had wrapped around his legs causing him to lose balance the shadow release another bright light it was Abigail who used The same fairy move only this time she manage to knock out the Garchomp the trainer was surprised and confused “S-she was on his shadow?! Then why did he…” He realize Silver just pointed to the sky as a distraction “Y-you cheater! You just won for a cheap shot” he yelled upset at Silver.

Abigail seperates herself from the shadow and look at the fainted Garchomp “I sincerely apologize for injuring you but due to our situation it was a unavoidable situation that the one of us could win without the both of us receiving damage…..which unfortunately it is you sir…i hope you accept my apologies and you get well soon” she bow down in respect and got on her trainer’s back.

Silver stood quiet for a second and patted her head knowing that she was very sensible of her look “Nah….you’re perfect just the way you are” hearing this made her smile and started snuggle him. 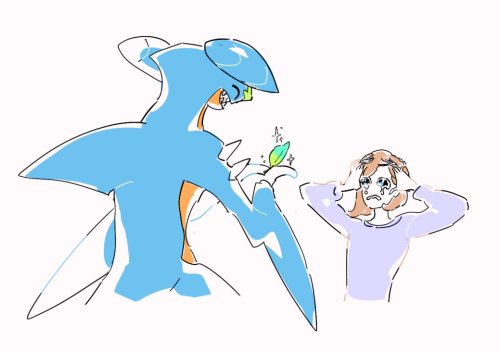 #pokemon, #garchomp, #my art, #ruby is the loveliest dog, #i have like 500+km walked with her, #which is almost entirely me putting my phone in a sock and then in my slipper to then shake my leg for like hours, #obviously
685 notes · See All
sakuraalexiaartText

Like I said a short while ago, FFN seems to be having lots of issues lately, and, even though it is old stuff and pretty bad, I don’t feel like losing it, so I decided to take them by hand again, correct a few things here and there, though leaving them mostly untouched, and posted them on Archive, so people that might have liked them can have a place to read them again too.

All of these are Pokemon stories, because it was all I used to write before, as I didn’t know Borderlands yet. Its been many years from these.

Here’s the links, I wanted to put them all together in a single post.

Saturn and OC, discarded RP scene a friend had asked me to write.

We are the winners

Cynthia and Garchomp, small writing exercise we did for an activity in a forum, the prompt was winner, and the goal was to write something less than 200 words.

Everytime that I come near her, I just lose my nerve

Saturn and Mars, and cameo of Galactic grunts.

Now that you know, I’m trapped