I finally got around to planting the snapdragons I bought then promptly forgot about. Let’s hope they spring back.

I also got a bunch of pink/rose hyacinth bulbs and popped those in the ground. Thinking I’m gonna keep that area for annuals and bulbs.

Tomorrow (Today?) Is Mother’s day and I spent all day shopping for garden stuff for her and I still don’t feel like it’s enough. It’s been such a joy being able to share gardening with her and it makes me really feel like I have a view into her world and I just want a good way to express that to her.

I pulled seven volunteer trees out of the yard and potted them up. Here’s hoping they survive the trauma enough to be planted around town, some of those roots were so deep I had to hack a bit off. There’s a couple I really wanted to try to chase but their roots were too entangled in others so I can’t keep them :(

I planted the mullein I bought a bit ago behind my lavender hedge. It’s on a hill so it’ll still get plenty of sunlight while they’re babies, and by the time it spreads the lavender won’t even be a problem.

I also planted the two perovskia in my guerilla garden patch and took a look at the ceanothus. It lost one of it’s arms to some dickhead, and I’ve learned more about what it is to guerilla garden. But the soil seems richer with the recent rain, so I think it’ll be okay in the long run. Still, I feel like I need to communicate with the land there better, claim it like a Pratchett witch.

There’s also something so powerful about going out in the garden wearing a long black skirt and decked in jewelry. Feels like a power move.

#garden journal, #garden shit, #also i definitely went commando which I rarely do in skirts and it definitely was powerful, #the witch speaks, #personal
1 notes · See All
imjustanotherfangirlblrText

Can a plant be possessed? I swear my mom’s strawberry plant I got her last year is. Note I dumbly put the poor demon thing too close to her cucumber plant last year and it got buried under it. But this thing survived that being buried under a crazy out of control cucumber plant for nearly 4 months, the crazy northern panhandle of WV winter weather which for this year is rain rain oh freezing temps and rain BUT it’s still green!!!

#personal, #garden shit, #i swear my mom’s has a demon plant, #then again her rose brush i got her picks to grow in fall/winter then spring/summer
0 notes · See All
pointlesslypointingText

Today I am starting a garden!

And here it is without all the grass clippings:

Today I am starting a garden!

And here it is without all the grass clippings:

#overwhelmed by internet!, #i was busy today so was not online much and i feel like i missed stuff and everyone has forgotten me, #this is likely because of Anxiety Issues and is not a real thing, #but also like what if it is, #i am terrified of people forgetting me!, #afsfs noah kin......, #have been going back and forth between absolutely vibing and having a breakdown, #tbh i’m probably going to be good tomorrow but yk, #one day i will destroy all of my technology and escape, #don’t know where, #no plans, #just want to move into a house with some friends and have a garden and play music together and make art and we don’t have jobs because, #capitalism is over and we can just live our lives and learn things and form bonds and shit, #:/, #mutuals who wants to move in with me, #what was this post about????, #also seperate thing but i also would like to live in a van or something for awhile, #like i know it’s not as glamorous and fun as lifestyle bloggers make it seem, #but i just want to travel for awhile, #not tied to anything, #i get to be free and meet people and learn about new places, #i just want to do that for a few years then move into my friend house, #i want this life so badly but it is probably impossible for me :), #i hate capitalism so much dude it’s unreal, #what the fuck am i going on about!, #post over afsgsg, #my post
3 notes · See All
lesbianazunaText

me after finishing over the garden wall: that was cool :) and I rlly like the nice happy ending :) bit weird but, you know

my brother: oh u know that Greg drowned when they fell in the river and the entire show is Wirt trying to cope with the guilt of causing his younger brother’s death, right? and the reason he’s in the hospital at the end is because Wirt is still in denial :)

i simply think strelitzia should haunt the shit out of common locations in kh and also be the nameless star. when’s a little ball of light and memories gonna harass u and fuck with the radio until it exclusively plays the french stations.

#radiant garden or scala ARE the funniest but also shed bully the shit out of everyone in LoD, #☾ — gay little ball        /        out of character
3 notes · See All
theauthorypersonText

sims3 is so much better than sims4, my chihuahua exorcised a tombstone and then howled at it

#sims4 build mode is better tho, #and i like the graphics and multitasking, #and the gardening, #but the shit that happens is just so bland
0 notes · See All
oncomingstormssText

so i’m watching Over the Garden Wall for the first time, and I have to say, from the bottom of my heart…. what in the actual, ever-living fuck

#over the garden wall, #personal shit no one listens to
1 notes · See All
itsnotdracoText

kinda jealous of draco for growing up in a manor ngl

Managed to stay under 800 anyways (not counting didn’t really work out, woops) but also manged to crash the car (double woops)

#everyone is ok it was just a scratch, #scared the shit out of everyone though, #I've been driving 9 years and this is the first time I've had an accident., #i don't count the time i backed into a bush and ruined the garden's little brick edge though at the time that scared me too
0 notes · See All
yellowyaniPhoto

working on a fire force wip sooo heres my children while you wait. i like eli’s design (the girl on the far right) and atlas’s new design but ughhh everyone else is kinda boring. ezra (black hair) is acceptable bc hes suppose to be boring but idk i feel like i really gotta look at everyone else

ah i talk about their backstories in the tags so tw: abuse, neglect, and divorce 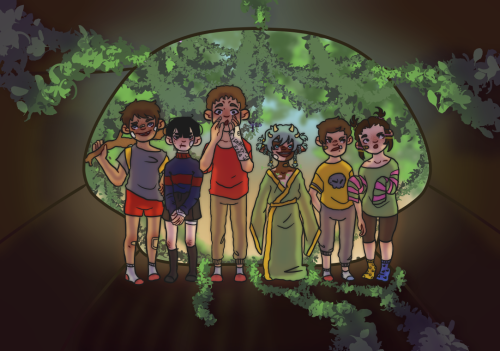 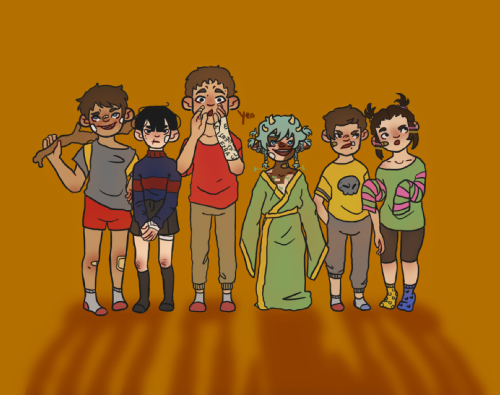 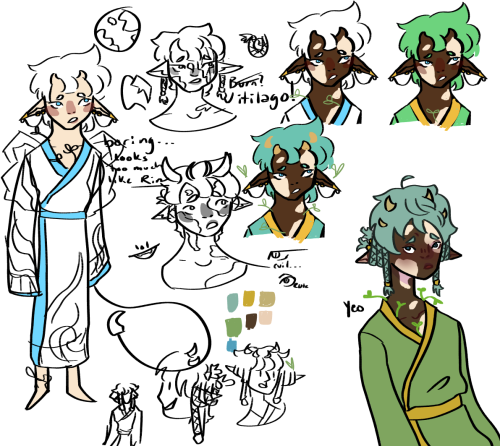 #yeosart, #yeosocs, #world six: garden, #robin (the tall one) and eli are new additions to the story. at first it was only atlas- ezra- benji- and eddie, #but eli is eddies twin and their parents made him introduce eli to his friends, #eli is short for elizabeth. benji is short for benjamin. eddie is edward, #this ragtag group of shit heads became friends bc they all have home problems, #LtR benjis parents are going through a violent divorce. ezras mom wanted an abortion but stuff happened with his dad and she had him, #thus his mom being angry about his birth and is physically abusive. robins parents are both very sucessful in their jobs and leave him home, #alone for weeks and months on end to fend for himself while hes only 11. eddie and elis parents expect a lot from their kids (they have two, #older brothers) but even when they do show results they're never praised for their hard work so the kids tire themselves out trying to get, #praise from their parents. ah i forgot. robin has a babysitter but that babysitter comes weekly to make food and do laundry, #tw: abuse, #tw: neglect, #tw: divorce, #yeo talks too much
0 notes · See All
selkiecodedAnswer

check out the loading screen, the image that plays between every single game, in Imagine: Party Babyz. a 7.5 rating this game has. better than pokemon go.

#your garden variety 'they just didnt give a shit' type racism but still not something youd exactly expect from i:pb
0 notes · See All
abbaswiftText

#some of y’all never had a random guy go through your bins and break into your garden at night and it shows, #kinda horror movie type shit, #it happened to my neighbour too but the police never caught him i guess?
2 notes · See All
incorrect-otgw-quotesChat
Bea: Especially you Greg, I expect more from you.
Wirt: What, you don't expect more from me?
Bea: All I'm hoping out of you is a haircut.
#seriously though wirt, #your hair is kinda shit, #otgw, #otgw greg, #otgw beatrice, #otgw wirt, #incorrect otgw, #incorrect over the garden wall, #incorrect quotes, #Over the Garden Wall
38 notes · See All
fluffyhereticText

i just applied for 2 jobs but idk how good my chances are since both ads are a few days old already so other ppl probably already applied but. better late than never i guess. one of them said they might hire multiple ppl so hopefully i have a chance 🥺

#one is for an 'academic assistant' and says basically you proofread stuff. ok yeah, #the other is for a greenhouse gardener which ive never done but they say theyre willing to teach, #so im like shit yeah sure id rather do that than be stuck any longer at this retail job
1 notes · See All
hunter4000Text

So I was listening to the Over the Garden Wall soundtrack when Potatus et Molassus came on.

Me: Aw, they did a Latin version of Greg singing Potatoes & Molasses!