Guy: I learned how to shoot a gun today so now you got a man who will protect you.

Sam: Nothing’s sexier than a man who can put me out of my misery. 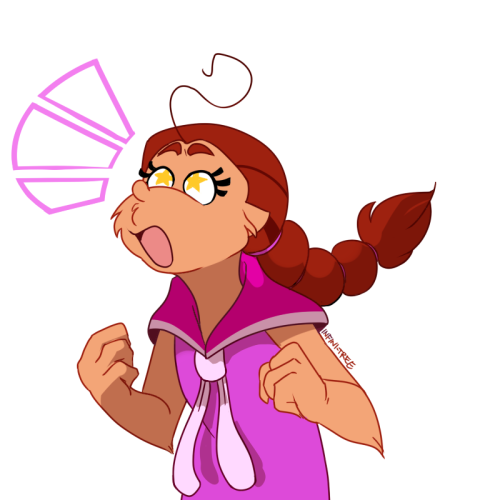 Warm up doodle of Sam being the best papa💖

#traditional art, #green eggs and ham, #geah, #sam i am, #papa i am, #fankiddos, #snickerdoodles
40 notes · See All
shypuppershroomText

I love this generator XD

Here is a question for you guys… I recently asked an artist if he will draw Guy and Sam for me. He said no because he only draws furries. I was a bit confused.

For me I count them as furries, too. I mean they are definitely not humans. They have fur, so I thought they count as furries. What do you guys think? I love them anyways, but I’m curious. ;3

My two braincells and half a chicken nugget: doodle Sam as the Gay agenda and Guy as the Bisexual agenda.

My two braincells and half a chicken nugget: you gotta…

#traditional art, #green eggs and ham, #geah, #sam i am, #guy am i, #briefcase buddies, #snickerdoodles
37 notes · See All
kaihihantoText

based on this pic, bonus pic

I think they’d get along great honestly! I mean she is married to his sidekick (daughter), but hay that’s just me :3

“They say even the proudest spirit can be broken, with love.”

ludmila, donna, and the girls all playing pacman vs on a thursday friday night.

a girl named heather plays as blinky. donna as inky. ludmila as pinky. another girl named jenny gets to play as pacman or the green ghost.

if jenny dies in the game, she’ll have to switch the control to the one that caught her.

if someone else dies in the game, they’ll have to switch the controllers to the ones that caught them or jenny caught them. anyone who knows how pacman vs plays, tell me if i was incorrect telling how the game is.

the player who gets the highest points wins the game.

I finished this for the expression challenge for @lord-madmyth, expression A7! I couldnt wait to share this before getting the other expressions, so here xD have punk!Guy!

You know… if Guy ate through Sam’s fork, would that count as an indirect kiss?

And if that WAS Sam’s fork in the last episode… would that sort of mean Guy (indirectly) kissed Sam before Michellee?

Sorry, my logic with this one is 👎

#geah, #green eggs and ham, #sam i am, #guy am i, #briefcase boyfriends, #briefcase buddies, #don't take my word for it this is just a dumb theory xD
49 notes · See All
snuzzlebuddiesText

He looked cool when he did that! 😎🧡

#geah, #green eggs and ham, #guy am i, #also that background!!, #I should take notes
37 notes · See All
geah-coraline-auText

“You probably think this world is a dream come true. But you’re wrong. The other Mad told me so.”

(I will post something about how Sam got his powers, but for now I just want it to be a mystery.)

I know who to cosplay next :)

#cosplay, #thinking of stupid, #stupid ideas, #guess what?, #its gonna be snerz and no one can stop me, #geah
5 notes · See All
Next Page