Having fun drawing the genoside route so far. It’s nice to try something new. 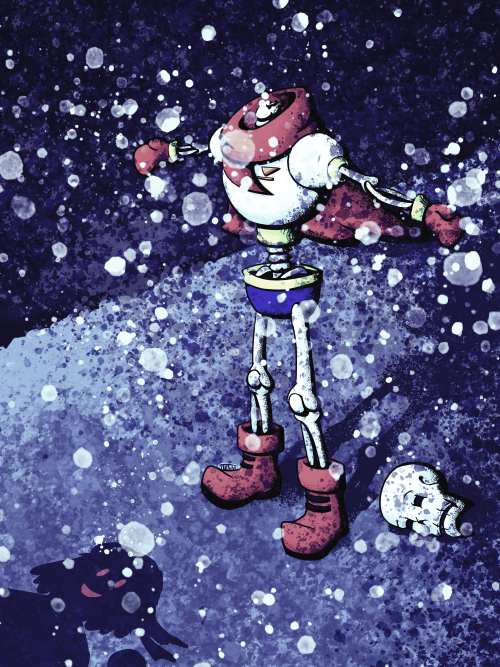 Got some new art for y'all owo

YES, even if your refugee family arrived in a country where the First Peoples were devastated by colonial genocide. Before you break out the party poppers this ALSO means you have a duty to fight with all your life and for your entire life for the cause of those First Peoples against racism, genocide, colonial oppression and its continuing effects. Seems a lot of people conveniently forget that second part. 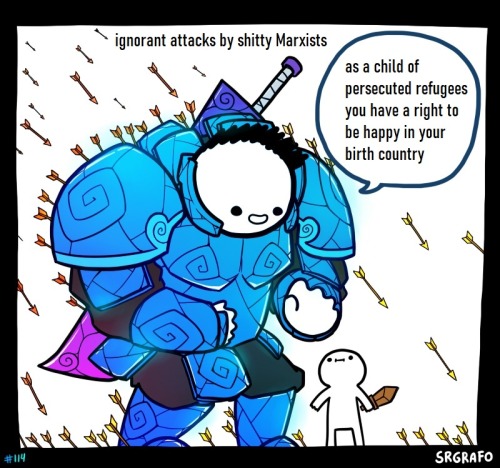 An entry for a challenge on the official Undertale Amino, hehe

It really contradicts the mood of the last post.

Here is more cringey fan art from my younger days. Bare with me guys.

WHY IN THE ABSOLUTE FUCK DO WE NOT TALK ABOUT FUCKING *GENOCIDAL RAPE* WHEN WE LEARN ABOUT FUCKING WARS. WHY WERE WE NOT MADE TO LEARN ABOUT THE FACT THAT THE RUSSIAN ARMY RAPED THEIR WAY ACROSS THE ENTIRETY OF FUCKING EASTERN GERMANY, WITH VICTIMS AGES 8-80???? WHY DID WE NOT LEARN ABOUT THE FUCKING ATROCITIES COMMITTED ACROSS FUCKING CHINA IN WW2 WHEN IMPERIAL JAPANESE SOLDIERS KILLED OR SEXUALLY MUTILATED WOMEN AFTER RAPING THEM??????

WHY THE FUCK DID WE NOT LEARN ABOUT THE FACT THAT GENOCIDAL RAPE WAS OFTEN DONE EXPRESSLY TO HUMILIATE AND DESTROY POPULATIONS?????? WHY IN THE FUCK WERE WE LEARNING ABOUT FUCKING BATTLES AND STRATEGIES WHEN THIS SHIT EXISTS???????????? 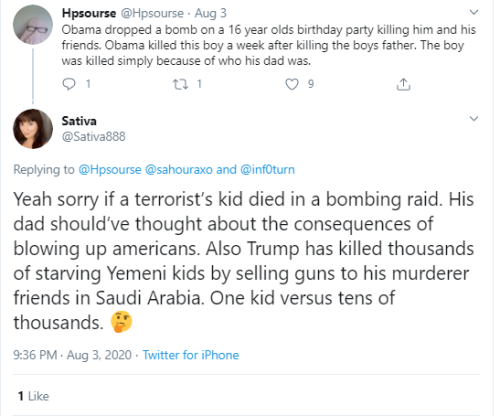 #how do u have this many brainworms, #bombing, #genocide, #death, #child death, #ask to tag
7 notes · See All
galactica4444Text

I decided to do a redraw of one of my older post from last year, I think it turned out okay-

I also have a speedpaint on the way on my YouTube channel, so I’ll link it in here at some point so you can see the process and how angy I got after using the wrong layers-

So as the kementche plays our sorrowful song,
We’re still not ready yet to accept defeat,
Because the genocide wanted to erase our entire existence,
So as long as our culture lives it isn’t complete. 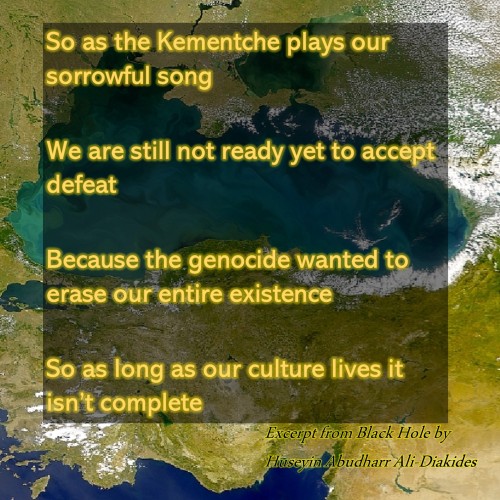 For Geno’s birthday (yes I know it was yesterday)

– a horrifying story of some Polish girls, mostly teenagers, butchered by the Germans in the Wola Massacre 76 yrs ago. A must-watch movie

WOLA MASSACRE (5-7 August 1944) - the largest single massacre in WW2. Germans killed up to 60 thousand civilians (incl. women & children) in Warsaw in just 3 days. No perpetrator was convicted after the war. Some were rewarded with high public positions in post-war Germany.

Hitler sentenced Warsaw to death in his chilling order: “Each resident should be killed, prisoners should not be taken. Warsaw is to be levelled to the ground and in this way a terrifying example for the rest of Europe will be given.”

There was nowhere to escape to. The Germans had cut off the whole city. They were murdering whole families. Among the victims, mothers were found holding their children tightly.

Discussions about the Alternative Right normally mention the movement’s white nationalism, its connections with white supremacist organizations historically and present, and its social base of young alienated white men. It is well known that the movement is made up of racists, and indeed its flagship organization, the National Policy Institute, was founded in 2005 (prior to the alt-right’s rise), precisely to promote white theories of supposed Black inferiority, and “to elevate the consciousness of whites, ensure our biological and cultural continuity, and protect our civil rights.”

That said, the alt-right views about Black people are often not explored in detail. Two possible reasons for this present themselves; to provide an accurate picture of the alt-right race politics and what they imply, it is important that these be stated explicitly.

First, tragically but simply enough, the history and present reality of US racism is such that the alt-right, like the rest of the far right, does not always stand out as being all that extreme. Whereas their support for dictatorship, dreams of dismembering America, and their hostility to Jews and women might be repulsive to most white people and place them on the political fringe their anti-Black views are often just a less polite articulation of what significant numbers of white Americans consider to be an acceptable opinion.

As such, when discussing Black people, the alt-right focus is often on attacking groups defending Black human rights, while exculpating whites for, or explaining away, the conditions in which Black people already find themselves. These are fairly common white positions, even amongst “liberals”; for a white movement to hold such views is hardly news. Even their goal of a white “ethnostate” is not so incongruous: legislation and extralegal violence excluding people from a jurisdiction on the basis of “race” are a mainstay of American history. Indeed, a major alt-right talking point, that the United States was historically meant to be a country for white men, is just a truth that cannot be denied.

In other words, the white supremacism of the alt-right is compatible with regular racist US “democracy”; an example of what J. Sakai once observed, that in North America, “settlerism filled the space fascism normally occupies.”
A second possible reason why alt-right anti-Black racism garners less attention than their views on queer people, Jews, or women, is that the latter are somewhat contested and in some way open to change, while regarding Black people, there is just the same old dreary white supremacist consistency. There are no debates in alt-right circles about including Black people in their movement, or complicated theories about Black conspiracies controlling the world. Instead, articles on alt-right websites mock Blacks murdered by police, promote psuedo-scientific theories about a genetic tendency to low intelligence and high criminality, and routinely smear Black Lives Matter and similar groups as racist, terrorist, “thugs.” Indeed, as this book was being prepared for press [Ctrl-Alt Delete], alt-rightists succeeded in leveraging their internet presence to reframe the torture of a mentally disabled teenager in Chicago as an anti-white hate crime carried out by Black Lives Matter, this despite the fact that there was zero indication of any connection whatsoever between the group and the assailants in question.

Often, alt-rightists present matters in terms of white victimhood, framing their politics as a matter of self-defense. On the American Renaissance website, Hubert Collins recounts his own adolescence and how it shaped his current politics:
“[T]he schools were trying to turn our minds against the evidence of our senses. They tried to inculcate the conviction that all groups were equal in every way. I knew that wasn’t true. Blacks were menacing. They were dangerous. My understanding of white identity came from the desire for safety, and the realization that safety meant the company of people like me. […] for those of us raised in the multiracial cesspools that will soon spread to the whole country, the question of identity always boils down to the question of safety. To me, it is safety that makes white identity so important, so meaningful, and so long lasting.”

Proceeding on the basis of such “white safety,” others put a further gloss on their message, painting a picture of an all-white nirvana that means no one any harm. Theodore Beale would have us believe that alt-right just means that “everyone should be left by they own damn selves,” while Brad Griffin tells us how Jews will all be happy in Israel and Blacks in Africa, if they only leave whites to “their” America. Yet despite this cheerful talk of “separate but equal” ethnostates, the alt-right’s underlying fear of Black people invariable leads in a more historically predictable direction.  What is important to remember about white fragility and white discomfort is that when white people are scared, people die. So it comes as no surprise to find one article in The Right Stuff calling for (in preventive self-defense, of course!) “the largest genocide the world has seen” against the “dindu nations,” while Lawrence Murray opines for America to deal with “a people who cannot achieve parity,” “we essentially need some form of fascism,” whereas Robert Finstock considers a “continent-wide sterilization campaign in Africa.” There is really no difference between the alt-right’s dreams and the murderous reality of a Dylann Roof—as Roof put it to his victims just before he opened fire, “I have to do it. You rape our women and you’re taking over the country. And you have to go."

That the alt-right’s programme is implicitly genocidal is not to say that details don’t matter. In terms of understanding the movement’s appeal and possibilities for growth, as well as the subjective reality of its members, their derfensive posture and "positive” utopianism are a different shade of white from either traditional Nazis or Jim Crow-era Kluxers. In a sense, their ideology is a kind of post-nazism, bearing the mark of the neo-colonial age in which it was born.
Nonetheless, the new jar holds the same sour wine: when “white nationalism, ” “race realism,” “ethnostate,” and similar terms are used, dispossession and murder are always being implied. There is no such thing as “white racial purity” or “white nationalism” without anti-Black racism and genocide.

Insanity Maxie: “Every resets has their own downfalls, you brought this on yourself~”

which will you choose? “you remember me Darling…??” 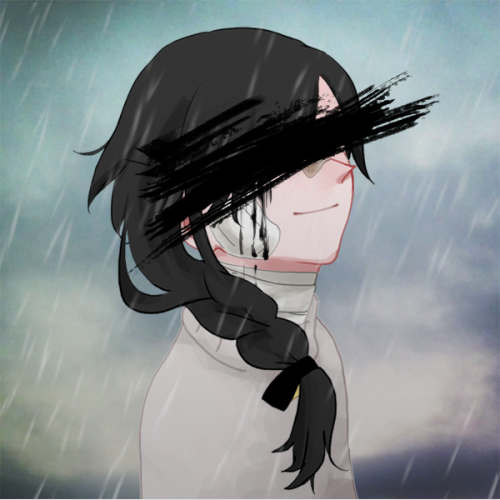 How Maxie became Insanity Maxie. From being nice, to a psychopath.

Also this is my first time making a Gacha life vid.

On this day, exactly 25 years ago, on August 5th 1995, Croatian forces liberated Knin from Serbian fascist and četnik hands that held this city and its surroundings. The Serbian forces committed countless war crimes including genocide on the Croatian civilian population living there.

Our Heroes and Fallen shall not be forgotten!

Sretan Dan Pobjede i Domovinske Zahvalnosti! Happy Victory Day and of Thankfulness towards the Homeland!