Jewels must not only be beautiful and dazzling … : one sacrifices a fortune, preferring a diamond necklace; such a sacrifice is necessary for the constitution of this necklace’s fascinating character … When in a dream a diamond signifies excrement, it is not only a question of association by contrast; in the unconscious, jewels, like excrement, are cursed matter that flows from a wound: they are a part of oneself destined for open sacrifice. -Georges Bataille

“If it is true that the social bond brings into play our deepest aspirations — which emerge under the name of religion — and that we can only respond to these aspirations by forming a social bond (which would mean that the individual alone is not whole, that an individual only becomes whole when he ceases to distinguish himself from others, his fellows), then the possibility of secondary communities is necessarily, for each of us, the decisive question.”

The Sacred Conspiracy: The Internal Papers of the Secret Society of Acéphale

Georges Bataille: Story of the Eye 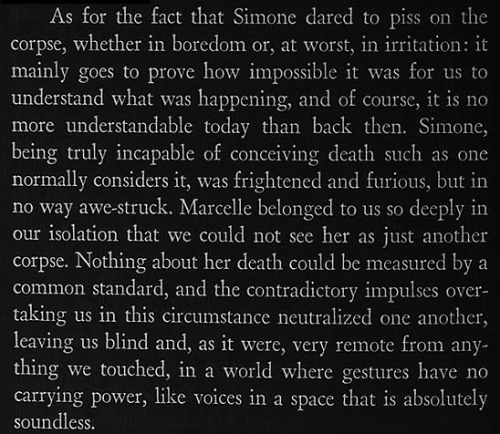 “Man is the most suited of all living beings,” he writes, “to consume intensely, sumptuously, the excess energy offered up by the pressure of life to conflagrations” (Accursed Share 37). The prodigal waste of one’s own excess energy and resources, therefore, finds its natural conclusion in the expenditure of life in the assent to exceed even life itself, above all, in death. It is for this reason that “life’s intimacy,” he writes, “does not reveal it’s dazzling consumption until the moment it gives out” (Theory of Religion 47).

Connolly claims that for Bataille sacrifice= the essence of existence, which wasteful excesses of luxury are by-products of and part of the use-value commodity exchange Thus, luxurious excesses possess an inherently sacrificial character.

However… Bataille emphasises that “This is so clearly the precise meaning of sacrifice,” he writes, “that one sacrifices what is useful; one does not sacrifice luxurious objects … Depriving the labor of manufacture of its usefulness at the outset, luxury has already destroyed that labor; it has dissipated it in vainglory .

In Defacement : Public Secrecy and the Labour of the Negative by Michael Tassuag (1999) , Tassuag argues that sacrifice and the despoiling of something precious is a fundamentally sacred activity within both secular or religious societies. “knowing what not to know”) is the most powerful form of social knowledge. Sacrifice is an unveiling of knowledge and then a transformation/re-enchantment of it “truth is not a matter of exposure of the secret, but a revelation that does justice to it.”-Walter Benjamin

Bataille: the revelation that life and usefulness themselves are already implicated beforehand in a general economy of sacrificial excess

Sacrifice reaches it’s highest expression in the sacrifice of a God. the god who sacrifices himself gives himself irrevocably … the god, who is at the same time the sacrificed, is one with the victim and sometimes even with the sacrificer. All the differing elements that enter into ordinary sacrifice here enter into each other and become mixed together” (“Sacrificial Mutilation” 69; Mauss 101).

for Bataille; its “violence and destructiveness ontologically tear individuals apart, allowing them to forge unique communal bonds with other similarly sundered, anguished human beings … Bataillean sacrifice challenges human beings to confront and test the limits of their communities and being” (Goldhammer 23). Yet it is precisely this testing, challenging, and confrontation—in short, this transgression—of individual and social limits that has made Bataille so significant not only to the French Left and its intellectual history, but also to gender studies and its politics.

Citing Mauss again in his “Sacrificial Mutilation” essay, Bataille explains that sacrifice “breaks the habitual homogeneity of the individual” and thus allows access to the “heterogeneous,” the divine otherness that individuality habitually hides. In essence, personal identity itself is already self-sacrificial, a fact revealed through sacrifice itself in the same manner as Mauss’s sacrificial executioner and victim, who commonly (he writes) “go beyond themselves.” In other words, they both exceed themselves, as “selves,” in and through sacrifice. “The one who sacrifices is free,” he explains, “free to indulge in a similar disgorging, free, continuously identifying with the victim … in other words free to throw himself suddenly outside of himself” (Visions 70). Like the god’s “suicidal” sacrifice of himself to himself, so does the identity of executioner and victim arise and dissolve, even arise through dissolution, in the ecstatic liberation of sacrifice.

sacrifice both ruins (“rottenness”) and redeems (“redemption”) the identity of the “man-god,” who is manifested and dies both at the same time

Sacrifice therefore eludes to the what Bataille expresses is “the truth of humanity”. We are all victim + executioner, the synthesis of all that exists nothing and everything

My notes on a paper on Bataille, Sacrifice and gender

hole in the morning 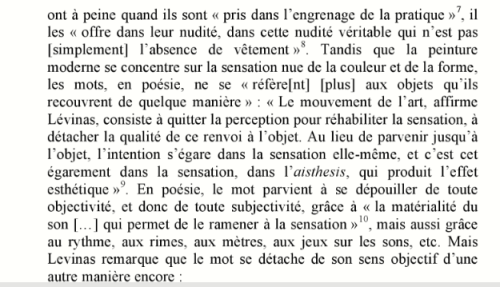 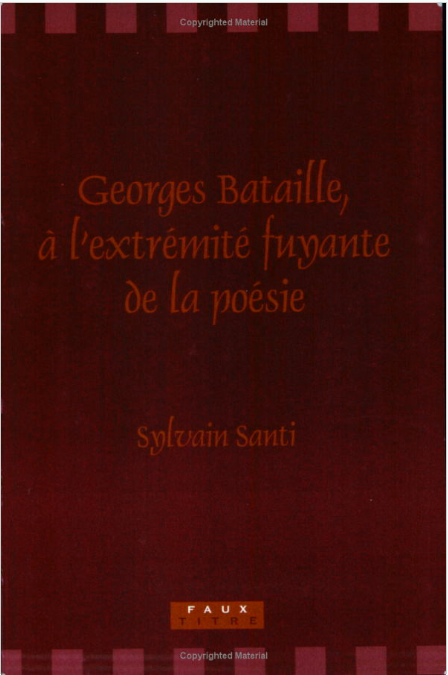 #georges bataille, #poetry, #this is not a love story
51 notes · See All
les-toupies-hText

I imagine myself covered with blood, broken but transfigured and in agreement with the world, both as prey and as a jaw of time, which ceaselessly kills and is ceaselessly killed.

Throughout his theoretical work, Jean Baudrillard addresses what Georges Bataille feared for the postmodern age: a ‘desacralized’ reality. The simulacra is a symbolic order for human society and is outlined within three stages (a fourth is predicted in ‘Simulacra and Simulation’) Within the simulacra, society is organized by the obedience to a value which asserts itself in an objective way as being absolute and necessary to a society. For Marx, this was the necessity of production over our lives - our being subject to the conditions of Capitalist Political Economy.

Georges Bataille’s writings are concerned with the human possibility of sovereignty which is reactionary to the sacred. Within the debate surrounding nature and culture, Bataille argues in the second volume of The Accursed Share that the profane character of work (which is operational, transactional and solely based within the rationality of capital) represents a decisive negation of nature: the human subject “changes the natural external world; he derives from it tools and manufactured objects that form a new world, the human world” (Bataille, 2017, p. 52) this world privileges work over play (the sacred) production over consumption, rationality over intimacy.

Bataille’s theories are concerned with industrial society (capitalist accumulation) and therefore correspond to a critical investigation of reality’s second simulacrum: commodity fetishism. Within this stage, the commodity distorts a basic reality and that is the reality of production: commodities are reproduced in the market economy as objects-in-demand and this demand certainly has no ‘aura’ - no sacred value. Commodity fetishism naturalises human relationships as relationships of use-value.

“Is there anything more glaring than this “beautiful as an angel,” pronounced in front of the mother, and in front of the child who shall die — this boy of ten — pronounced by a man who, soon to be sitting on the belly of his victim, will lean forward the better to see, to bring to climax the joy drawn from his agony?”

“We cannot deny the monstrosity of childhood. How often children would, if they could, be Gilles de Raises! Let us imagine the practically limitless power that he had at his disposal. Reason alone defines monstrosity, which we justifiably call monstrous from the fact that it belongs to man, to that being of reason. At bottom, neither the tiger nor the child are monsters, but in this world where reason rules, their apparent monstrosity is fascinating; they escape the necessary order.”

“His foolishness attains, in blood, a tragic grandeur.”

“More than a century later in Hungary, an eminent lady was killing her servants with no more difficulty than Gilles had killing children. This great lady, Erszebeth Bathory, was related to royalty, and she was not pursued until after having yielded to a desire to kill daughters of the lesser nobility. Gilles de Rais himself was not distressed until after a long pause, and that was not until after absurd blunders; probably public rumor finally grew to such a point that one could not easily close one’s eyes.“

“Violence involves an ambiguity between seduction and terror. The noble warrior, the great lord, he who fascinates, is terrifying. At the same time, Gillies de Rais trembled before the Devil. But the Devil fascinated him; indeed, he solicited an alliance with that which terrified him.”