another italian man appears !! this makes me so glad, i’m feeling so proud. many of us really do be like ghiaccio, do we deserve simping? the man is angy, calm down his anger with love and appreciation, please🤲🤍

Melone isn’t really a cat person. He doesn’t appreciate their claws and shedding fur ruining his clothes and all of his exposed skin, but he plays along if it means impressing his s/o. The kitty jumps right on his lap as soon as he sits down and starts kneading and pawing at him. He tries to pull it off, but the persistent baby just jumps right back up, seeking some attention. He attempts to avoid her every time he comes over.

Ghiaccio likes cats. When yours starts circling around his legs as he enters your house, he bends down to pet it, but that’s enough. The kitty follows you both, demanding more attention.

“I’m sorry, they get like this when I’m gone all day.”

Every time Ghiaccio’s over, he makes sure to give the cats plenty of pets and will even pick her up if he’s just there to hang out.

Risotto also enjoys the company of cats. He sometimes scares them, so he’s a bit surprised when yours comes right to him and nestles against his pant leg. He picks the cat up and scratches behind the ears. Of course, they swat at the baubles on his hat. He’s used to that. Like Ghiaccio, he always makes an effort to give the little sweetie some attention when he comes around.

“Melone, give me my glasses back!” Ghiaccio yelled. “I’m trying to watch the Olympics!”

“Nope,” Melone replied before leaving the room with Ghiaccio running after him. Ghiaccio ran into the wall because he could not see.

Did I forget Ghiaccio’s glasses and decided to do a small Drabble instead of drawing them in? Yes, yes I did. Anyway, here’s a late entry for @/uxi_uxii ‘s ditys on Instagram.

Do I believe in cat boy supremacy? Yes. I also believe in Blonde Ghiaccio supremacy. So have both. 💜✨

Here’s a little backstory behind this picture. After Ghiaccio had a nightmare regarding his cruel father, he started to vent his anger and sorrow onto his bedroom wall; this caught the attention of Melone, who was heading to his own bedroom when he heard the commotion. Hopefully snapping him back to reality (as Melone is not adept at physical combat), Melone brings him to his bedroom to patch up his bloodied hand with a first-aid kit. As Ghiaccio was venting his nightmare to him, Melone attempts to cheer him up by saying that his father is only looking out for him, even taking off his pajama top to show him his third-degree burn scars that his aunt had given him to punish him. This ends up making Ghiaccio cry even harder, as he realized his comrade is conditioned to think the abuse is normal. Melone didn’t understand what is happening, but he stayed put, even wrapping his arms around him.

Give me headcanon requests for la Squadra. Only rules are no hard smut and no hurt without comfort.

Melone and Illuso are manscape masters if we’re being honest. Full wax, balls and all. Sorbet probably does the whole works too – he claims it makes his dick look bigger but he’ll only show Gelato so no one knows for sure.

Risotto and Prosciutto are pretty up there when it comes to maintenance, but nowhere near the level of Melone and Illuso. Neatly trimmed, happy trails and the like.

Ghiaccio is indifferent and Pesci doesn’t want to hurt himself so they’re a little untamed but still somewhat trimmed.

He about to drop the worst mixtape but its okay cause he cute. 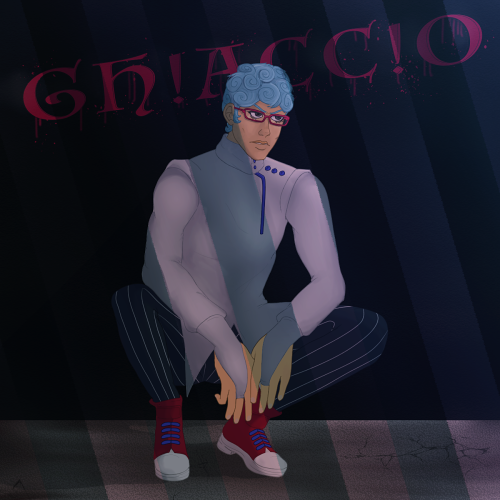 Cat people? Like people who like cats?  yeah I am one,I used to have one when I was younger . Forma has a few cat and they’re not that bad

Here we have the two enjoying nice cups of hot chocolate. Melone has never tried it before, so as you can tell by his reaction that he is blown away.

13 - What gets them flustered

These two are finally finished now it’s time for 💖 Pesci 💖

Could you imagine what it would be like to be in the La Squadra hideout when Pesci and Formaggio are both in the kitchen? Nearly every other member is distracted for the entire day when they see the cooks crowding into the cramped kitchen with enough food to feed a small congregation. The assassins don’t often get to have a splurge like this, so they try to make it count when they can.

Pesci makes pastries an art form; nothing can compare to his fresh citrus and sweet cream bomboloni and his cinnamon spiced mustaccioli is to die for. Each ingredient is as fresh as he could possibly get it and it the aroma wafts throughout the hideout in a heavy, spiced vanilla haze. Don’t even try to come sample a taste after they come out of the oven. Pesci may have difficulty speaking up and expressing himself often, but the kitchen is his domain and he doesn’t need Beach Boy to keep intruders out until he’s finished. Prosciutto may never openly show pride in Pesci’s handiwork, but this is something not even he can resist.

Formaggio on the other hand practically sets the kitchen ablaze with the heady, heavy scent of spices and unmistakably robust flavors. Pizza ai quattro formaggi – a meal he swears was named after him – pastas tossed in an arrabbiata sauce, just as spicy and angry as the name entails, but never unbearably so. His mastery of such savoury dishes bleeds his dedication to his father, even after the man had long passed away. Even if he couldn’t be here to cook with his son, his spirit would live on in the food her prepared for his family now.

And when it all comes down to it and the rest of the squad is finally allowed to come into the paradise that Pesci and Formaggio were able to snatch and bring to them, they’ll all have the rare times where they’ll gather around their living room turned dining room and get their chance to be close to one another again. For about an hour, they can forget the pressing matters of being an ultimately feared assassination squad and just be a team enjoying a meal together.

Until it comes time to figure out who’s going to be cleaning up the kitchen. All bets are off when that discussion comes up

I am pleasantly not surprised 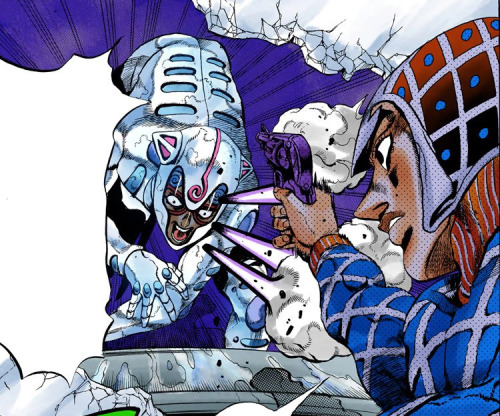 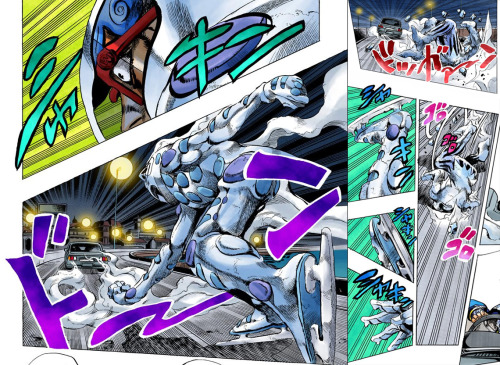 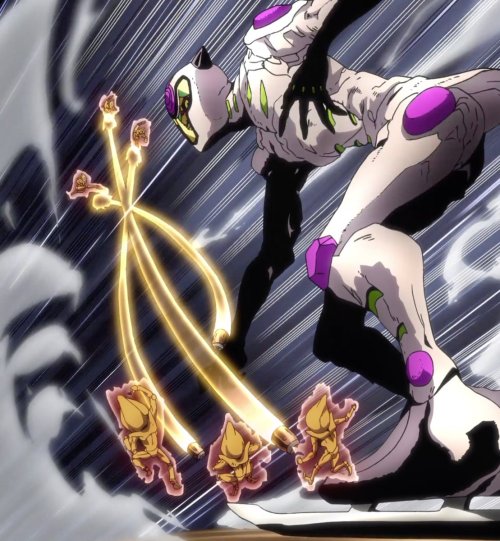 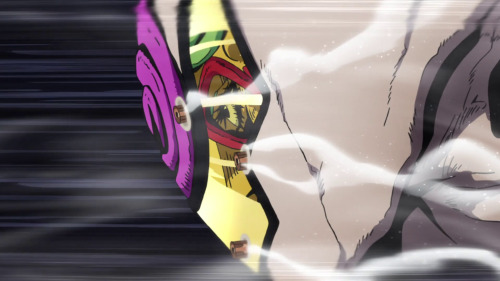 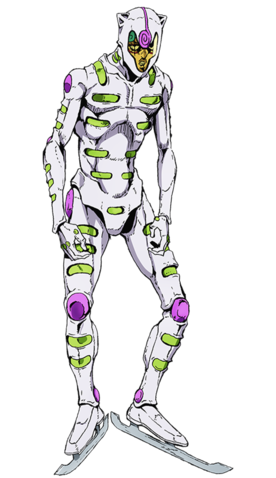 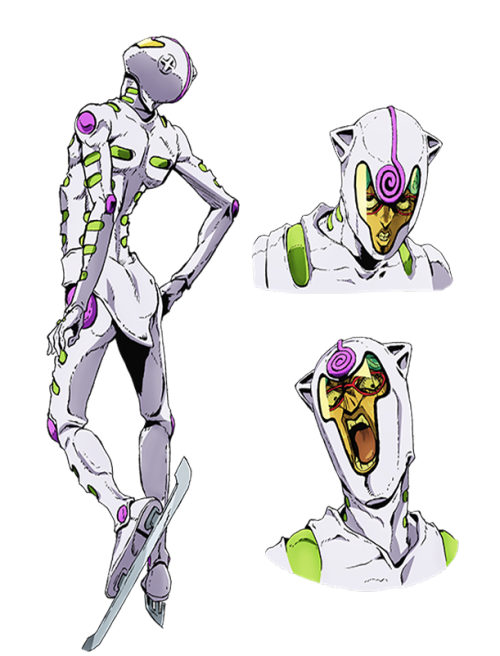 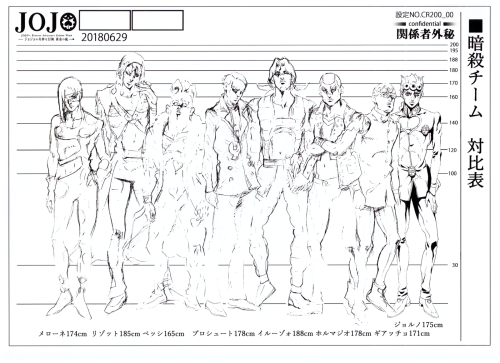