he does it his way

#gilgamesh, #fgo, #fate grand order, #he is just gil, #the way of the gil
8 notes · See All
ichigo-roshText

“I shall face a battle I know not. I shall ride a road I know not…”

Gilgamesh from FGO, his new outfit in the official art is just so good XD 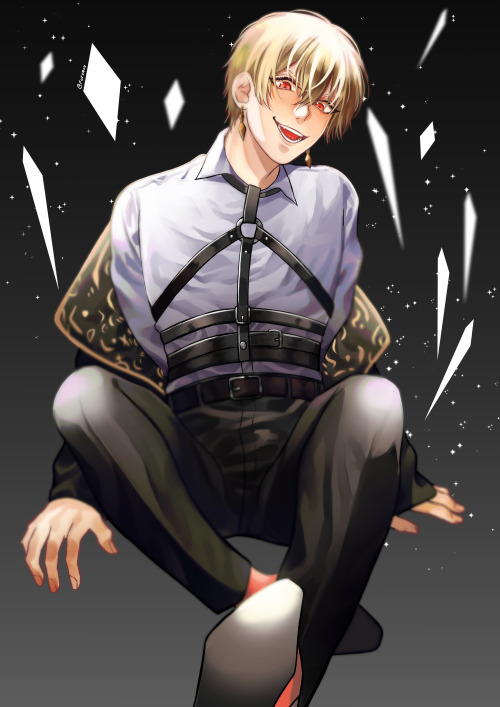 Ya know the whole “Archer class is made of Archers” thing? I think I just figured out why some who don’t use bows get stuck it that class. I think it might be I because of Gilgamesh, the first hero and king of heroes, who has said he is the rules/makes his own rules, basically told the grail or throne of heroes, Fuck you I’m can be an Archer if I want, and now the grail/throne can classify people who yeet blades or sometimes are just long range attackers in general as Archers. It’s just a theory though and I was and am pretty sleep deprived when I thought of it.

After several months of playing Fate Grand Order I decided to draw my own Master(-sona?). I ended up combining my looks with Gudako/Ritsuka’s so it’s still familiar but “me” at the same time. So here’s a reference of sorts with a couple doodles on the side, including my favorite and strongest servants, Caster Gilgamesh and Berserker Lancelot! 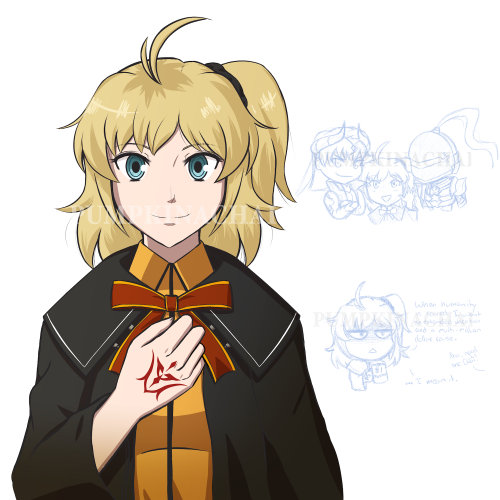 I don’t have anymore CasGil so how about…Archer Gil? Is that OK? Second best Gil??? I know that is controversial.

History/literature side of tumblr: Is The Epic of Gilgamesh technically political RPF? Please discuss.

#I'm having a conversation with my brother, #see I think it comes down to the question of was Gilgamesh a actual historical king, #rpf, #political rpf, #literature, #the epic of gilgamesh, #gilgamesh, #fate series, #im tagging fate series because if you have enough time to get into the fate series you have enough time to know the answer to my question, #fanfiction, #fanfiction?, #probably fanfiction, #mythology, #history
0 notes · See All
thesparkofrevolutionText

I want to wear CasGil again soon but it is winter :(

I don’t know the photographer for this one, sorry!

You know what I always find fascinating about Gilgamesh, is that no matter how much he gets his ass kicked he still manages to stand on his feet just with the help of “his superhuman pride alone”.

Like this dude took a direct hit from Excalibur and remained standing until he turned to dust.

Even after his fight with Shirou, even though he was almost cut in half and lost an arm, Gil would have been able to continue the fight if he hadn’t been sucked into a “black hole” of Holy Grail.

That whole scene in the novel just speaks for itself. That dude is just a beast.

Hell even caster Gil or wise king Gilgamesh [whichever you prefer:)] after being sniped by Tiamat was able to fight back till his last breath.

The sheer stubbornness of this guy is just beyond anything. And it’s one of the things that I like about his character. 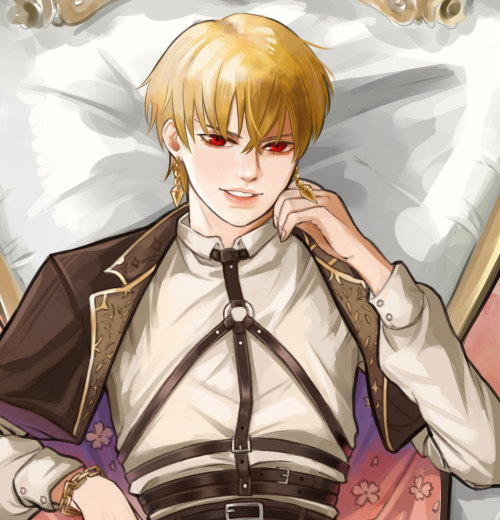 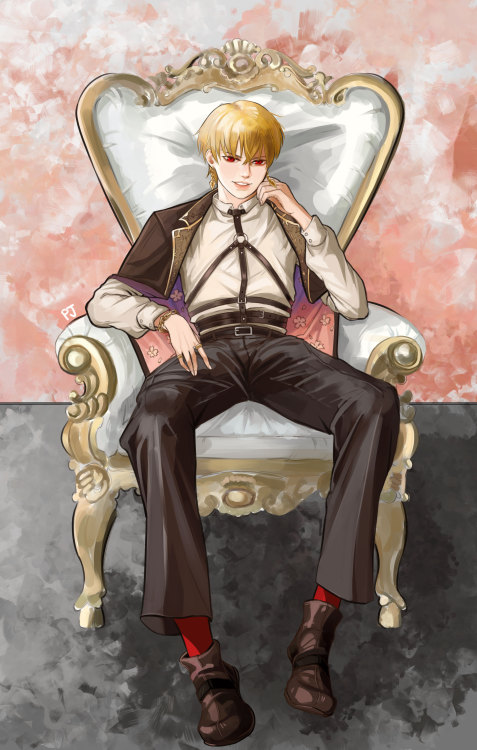 *SHIT THEY ARE ONTO US ABORT ABORT!*

Time to celebrate with indulging in my games! I’ve barely been able to play any since university. Cute that the game includes birthday greetings!

Gilgamesh is alluded to in Star Trek when Jean-Luc Picard is trying to communicate with an alien race that only speaks in metaphors concerning mythology and folklore. He uses the epic to try to explain that he wishes to be friends with the alien. I like this use of the story of Gilgamesh and Enkidu, as it emphasizes the bond formed in the epic between two highly different individuals.

@producermokyo Arthur being surrounded by 2 pretty boys that will give him a run for his money and Gil trying to kill him while enkidu be like, “I’m don’t see anything” in kairos.