It’s incredible to me how Dean’s behavior in 4x22 parallels Christopher’s in 2x22. He has issues in the current relationship that he’s in so he goes running to the Gilmore girl telling her it’s over despite it not being officially over, tells her he loves her, sleeps with her, but then something happens and he goes running back to his previous relationship. I am. LOSING IT. 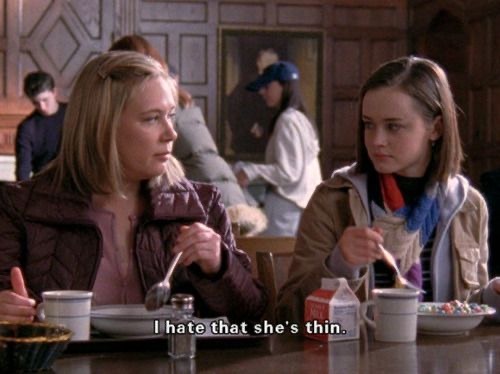 I will be writing stuff and I hope y’all will comment on my work, so I can get it better and then I will publish it on a few sites, but every once in a while I will post something about the series. 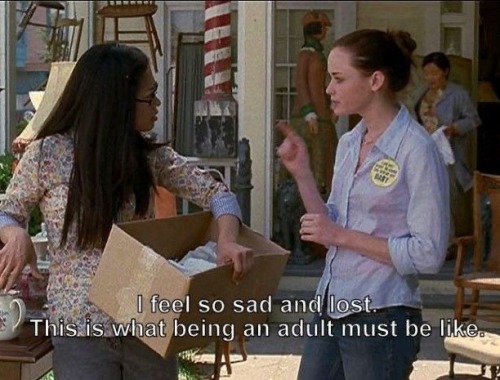 rory and dean’s post-adultery relationship is so awful, literally all they do is have sex smh

#like. they can't even go to a movie nooo. they must do the deed, #because dean is so empty-headed, #gilmore girls
3 notes · See All
phantasmicfishText

A. Jess’ parents are total douche bags and his environment at home is definitely not healthy, which is why he’s so closed off/doesn’t trust others/is generally super hostile.

B. His mother doesn’t want him around, doesn’t even call to check up on Jess while he’s at Luke’s. She sent all of Jess’ belongings way too late in the season, which meant she knew Jess was living without most of his stuff and did not care.

C. Jess needs to listen to metal music to sleep, which suggests he is used to sleeping in a loud, noisy environment, probably argument-filled. He is around said environment so much that he’s normalized arguments, and disturbances in a household. This is the only way he can sleep.

D. Doing nice things, and admitting to doing nice things, is difficult for Jess. He avoids public generosity whenever possible. Jess flat-out ignores Rory whenever she questions him doing something nice, suggesting that Jess is ashamed of being nice; it’s uncommon for him to do, since he did not grow up in an environment where family did nice things for each other. In a way, the culture around being nice is new to him, he doesn’t want to take credit for his good deeds.

#I’m head canoning it, #tw emotional abuse, #btw I’m ignoring everything except season 1 and 2, #I’ll add to this whenever I think of something, #Jess is such an amazing character but his backstory makes my heart ache, #jess mariano, #Gilmore girls, #Jess characterization
12 notes · See All
notoriousahbText

So I’m watching A Year in the Life on the CW for the first time in a while. I’m realizing now that I’ve watched the OG show so much, the dialogue seems like a normal pace. YITL seems so fast and my brain is begging to keep up (in a good way)☕️☕️☕️

“He wanted you taken care of. He wasn’t sure how long your mom was going to be gone.”

#Jess was concerned about her mom leaving bc his own parents are shit, #HSSHSHSHSY he came to check up on her and my heart hurts, #proof Jess cares, #good god I am inwardly screaming, #Gilmore girls, #Jess/rory, #Gilmore girls season 2, #jess mariano, #Rory Gilmore, #literati
14 notes · See All
richardgilmoreText

#gilmore girls, #rory gilmore, #jess mariano, #lorelai gilmore, #dean forester, #luke danes, #sorry to anyone who loves those seasons i just. i cant wrap my head around it, #lil bits of logan & rory be cute, #but 1/2 of it just dont be making sense to me character building wise, #siiiigh
19 notes · See All
vanillavalonText

in season 3 episode 5 of gilmore girls, we find out Emily Gilmore is called “Cobra” by the other ladies in the DAR because of her ability to get what she wants by squeezing it out of people. But that’s not how cobras fight and kill their prey. What they should call her is “Python”. i’m thoroughly disappointed by this inaccuracy 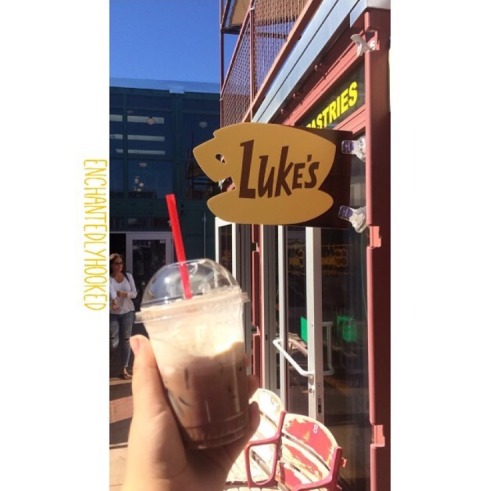 The look of a boy in love

“Hey, I’ve been meaning to tell you we’ll need to have our movie nights here for the next month or so. I’m having some celebratory post-divorce renovations done.”

“Oh yeah?” Rory’s voice is artificially high pitched, she’s making funny faces at Leo. “You finally getting that tile changed out in the bathrooms?”

“Yeah, and putting up a few walls in the living area.”

Rory’s head shoots up, eyebrows raised in disbelief. “You’ve got to be joking.”

“I stand by my conviction that open concept living spaces are the worst trend of the current era.”

“Why didn’t you just buy a different house?”

“The location was perfect. You can’t put a price on that. Well, you can, and I did. Besides, there used to be walls there. I’m just restoring the architectural integrity of the place, yuppies be damned.”

• jack and rebecca pearson — this is us

Lane trying to serve someone the toaster is too hilarious. Also, she’s getting married. Cute!! 

#gilmore girls, #lane kim, #6x16, #L talks, #while she rewatches the show she lovesssss
1 notes · See All
Next Page