why am i soBBinG

Hiiragi: This is my boyfriend, Shizusumi. He is smart and handsome and I’m really proud of him

Uenoyama: This is my gorgeous boyfriend, Mafuyu. I love him so much he’s an angel

Akihiko: This is Ugetsu

Akihiko: I think he has rabies

Uenoyama, annoyed: What is it?

Mafuyu: when butterflies fall in love, do they feel humans in their stomach?

Uenoyama: Mafuyu what the fuck.

#Given, #given manga, #given anime, #given incorrect quotes, #sato mafuyu, #ritsuka uenoyama
44 notes · See All
incorrect-given-quotesText

Haruki: I’m confident that the only reason I’m even close to being a semi-functional human being is because of music

#i relate to haruki way too much, #given, #given anime, #given manga, #incorrect given quotes, #incorrect quotes, #haruki nakayama
33 notes · See All
roger-maylor-brian-tayText

Haruki: before heading to the studio I’m going to drop by the supermarket.

Haruki: anyone there wants me to get you anything?

Akihiko: when we’re talking about potato chips then it’s got to be that flavor, right?

Akihiko: everyone has different opinions.

Akihiko: alright, then buy them all.

Ritsuka: after we eat and compare them we’ll see that the salt flavor is the most popular one.

Mafuyu: bring it on.

Akihiko: pizza flavor for me.

Haruki: alright, but we have to practice too, ok.

My favorite chips is sour cream!

40 days till Given Movie

Yuki: Do not stand at my grave and cry. I am not there. I do not vibe

Uenoyama: You need a hobby.

Haruki: I have a hobby.

#uenoyama ritsuka, #Haruki Nakayama, #Given, #given manga, #given anime, #given incorrect quotes
52 notes · See All
roger-maylor-brian-tayText

Akihiko And Ritsuka’s Daily Chat About: Part Time Work at a Moving Company

From @given_anime on Twitter. Akihiko and Ritsuka chat. This is new, I guess 😎.

Akihiko: are you free this weekend?

Akihiko: the moving company where I do part time is recruiting.

Akihiko: we don’t have enough workers, so you’re really helping us.

Ritsuka: that’s because in this period of time there are a lot of people moving, aren’t there?

Ritsuka: I want to earn money.

Akihiko: and then, it’s the chance to build great muscle.

Akihiko: we’ll burn some meat we gained during the winter and aim to get muscle armor.

I hope I got Akihiko’s last line correctly translated.

I’ve been listening to Fuyu no hanashi on reparations and keep crying, it’s so good!! I tried drawing Mafuyu, but doesn’t really look like him. I still kind of like it though. Can’t wait for the Given movie 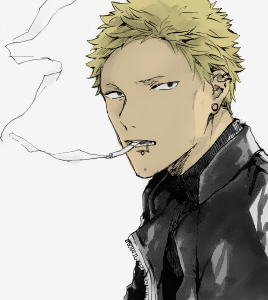 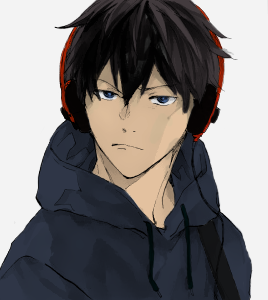 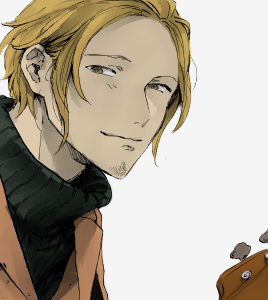 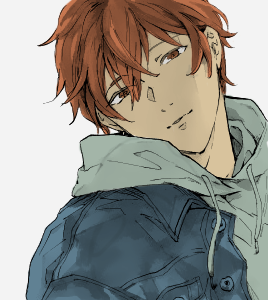 Reblog if you love GIVEN

I will NEVER, and I repeat, NEVER understand how you guys can just casually listen to Mafuyu’s song and vibe to it.

I get painful chills. I can’t breathe. I start SHAKING crying. I–

#given, #satou mafuyu, #mafuyu given, #given anime
34 notes · See All
ritsukaxmafuyuText

If you are reading this, where are you from?

Okay so I want to watch Given because it seems like something I’d like BUT I’m hesitant because from what I know there’s some stuff with the main couple and a dead boyfriend and I just wanna know what the whole deal is because I’m not super comfortable with the idea of someone replacing their dead partner with someone else after having been in love with them for so long and the other person not knowing and it not being explicitly talked about and delt with to ensure a happy and healthy relationship. Like the anime seems super moving and beautiful and funny and I want to watch it but if I watch it and get invested into a relationship where one side of it doesn’t love the other as much because they’re hung up on someone else or the entire relationship is just a rebound,,, no thanks. Idk maybe I’m completely misunderstanding and I’m not trying to start anything, so if someone could explain the whole situation that would be great!

Yayoi, with a bag of gummy worms: Don’t worry, I’ll cook for us!

Hiigari: Why does everyone always assume the worst of me?

#kashima hiiragi, #sato mafuyu, #Given, #given manga, #given anime, #given incorrect quotes
57 notes · See All
incorrect-given-quotesText

Yatake, talking about Akihiko: He can’t be good at everything! Maybe he’s a bad kisser

Haruki: No, he’s good at that too

Given Boys Daily Chat About: Ohanami

Important: Do not repost on Twitter. Especially if you are not going to do it properly.

Akihiko: let’s do it.

Haruki: is there a particular site you want to go to?

Akihiko: for me, as long as there’s sake.

Haruki: ok then, what about the food?

Haruki: I’ll make some “tsumami”** dishes to bring along, then.

Akihiko: then I’ll bring the sake.

Haruki: you only want sake, don’t you!?

Mafuyu: I want tea too.

No, Mafuyu. Just tea for you.

*) Ohanami is Sakura flower-viewing. People in Japan would come to places where they can enjoy the view of Sakura flowers. People would also have a picnic while enjoying the flowers around them.

**) Tsumami are light meals that are eaten together with alcoholic beverages.

#i wish haruki was my mom, #given, #group chats, #chatrooms, #nakayama haruki, #satou mafuyu, #uenoyama ritsuka, #kaji akihiko, #my translation, #given manga, #given anime
31 notes · See All
Next Page