Decided to draw Mafuyu singing THE SONG. Inspired by my drawing of Mafuyu last inktober and a part of the song scene, but now enlarged. 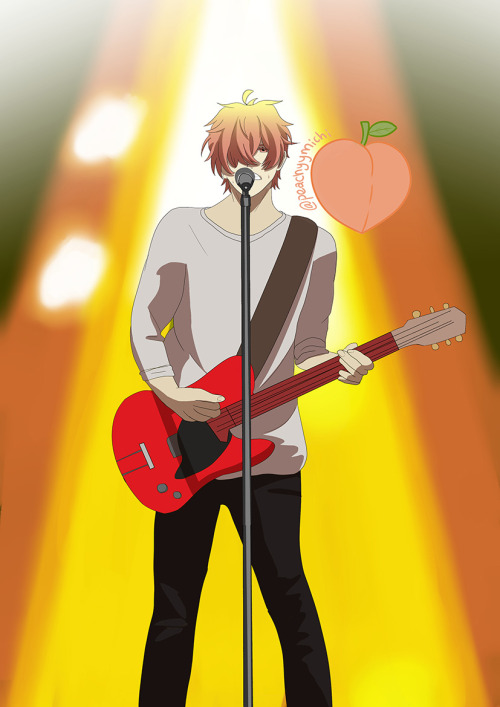 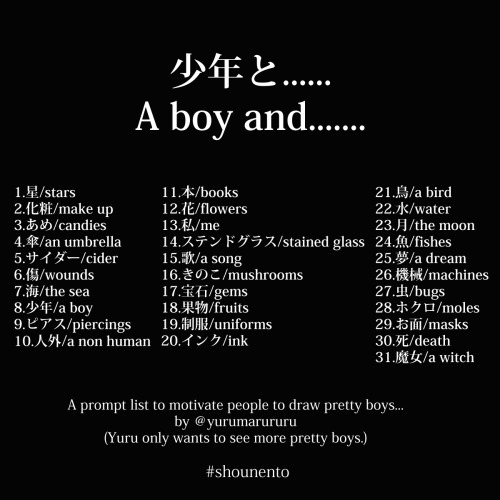 Haruki: How are we going to beat Hiiragi’s band?

Uenoyama: I’m not supposed to have any ideas. I’m the hot one.

Akihiko: I’m pretty sure I’m the hot one

#Given, #given manga, #yagi shizusumi, #hikaru catching up
9 notes · See All
cerasus--floresPhoto

call him his homie for what that’s worth, ritsuka #given, #given manga, #hikaru catching up
16 notes · See All
cerasus--floresPhoto

turns out mafu is behind the inaba murders 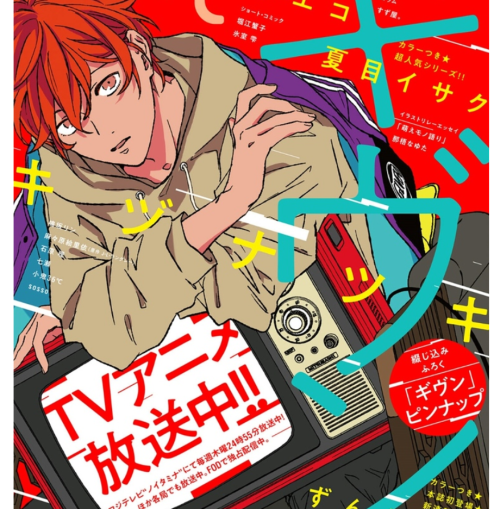 #given, #given manga, #mayufu satou, #should i tag the reference???, #persona 4, #i guess, #hikaru catching up
15 notes · See All
cerasus--floresPhoto 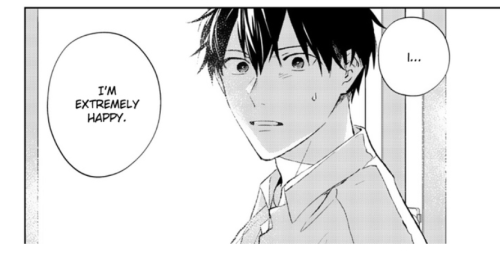 #given, #given manga, #ritsuka uenoyama, #hikaru catching up
12 notes · See All
cerasus--floresText

#oops the argentinian slipped, #given, #given manga, #spanish post, #hikaru catching up
8 notes · See All
cerasus--floresPhoto

Damn out of context this gets real kinky 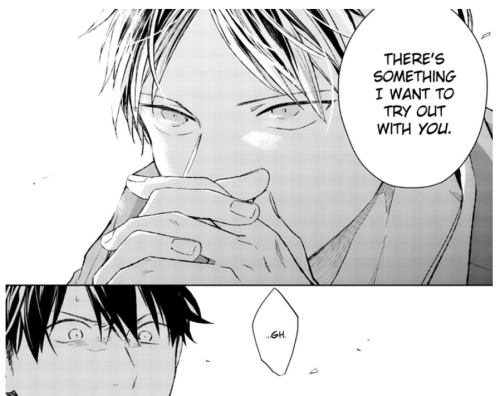 #given, #given manga, #hikaru catching up, #yeah im REALLY behind w the given manga
15 notes · See All
nightyelfyText

There are not enough stars in this universe to account for the amazingness of this manga. That’s probably the highest praise I can ever give.

My heart is still racing and I’m so excited for volume two where one of the most iconic scenes occurs. I can’t believe it’s coming out next week!! I’m going to definitely raid the bookstore on May 12th because OH MY GOSH.

I’ve watched the anime before and through my rewatch, I started to rekindle my love for Given to the point where I picked up my manga and read with no breaks in between. This book really explores specifically Akihiko’s and Haruki’s relationship a whole lot more than the 11 episode long season 1 does. My heart beat rapidly when reading both Ritsuka and Mafuyu developing feelings for one another and also Haruki and Akihiko. It was just simply amazing and I reckon nothing could ever top Given as my favourite anime and manga series.

This book series already has a soft spot in my heart. The anime was amazing and I can already tell I’ll love the manga volumes just as much. I loved seeing Mafuyu’s character develop as he came to terms with his tragic past and confronted it in an inspiring and heartwarming way. However, I found that there was a specific focus on Mafuyu’s backstory and on the band’s first gig with lyrics rather than on Uenoyama, Haruki or Akihiko, characters that I really was interested in discovering more about.

That being said, I thought the romance happened without a steady incline of romantic tension. I so desperately hoped that we could really see Uenoyama’s feelings develop overtime and to an extent, there was (e.g., Volume 1’s ending) but I felt like there were moments where Kizu could’ve taken the opportunity to juice out this tension which definitely would’ve bumped up my rating to a definite 5 stars. The moment before the-scene-that-shall-go-unnamed-for-spoilery-reasons did show Uenoyama’s thoughts and feelings well however, in comparison to the rest of the novel, it was the first time where he really acknowledged this rather than it being built up or realised throughout the whole story.

All in all, great plot with amazing characters and backstories. The romance aspect just fell flat for me with an unsteady build up of romantic tension.

I absolutely love this series and its anime adaptation. Absolutely no words to describe it. I love how Riksuka Uenoyama’s feelings towards Mafuyu Sato were explored further in this volume and how we got heaps more backstory on Akihiko and his past relationships. I’m super invested in his and Haruki’s storyline and want to see how that goes. I just hope Aki realises Haruki’s giant crush on him so that the two of them can be happy together.

Welcome back to me crying over given

#given, #given fandom, #given anime, #given manga, #mafuyu song, #fuyunohanashi, #fuyu no hanashi, #it’s just pain;; ya know?
22 notes · See All
i-guess-thisismetryingText

Yo, why is the given manga taking so long to reprint? I can’t avoid these manga spoilers forever

#given, #given manga
7 notes · See All
viozevenText

#open the picture for a clearer read, #jetblackmanga on given, #given, #haruki given, #kaji given, #given manga, #mafuyu given, #uenoyama given
17 notes · See All
Next Page