someone humor me && explain the plot of she ra poorly

Description: Adora has been captured and chipped by Horde Prime. Glimmer tried to free her from the clutches of Prime but fails, resulting in her becoming seriously injured and Adora fully allowing the chip to take over her mind. Separated and in the midst of Etheria about to be fully taken over, Glimmer remains determined to save Adora. Meanwhile, Adora is lost in her own perfect world. Though when she looks closer, somethings don’t seem right.

There are things both girls want to say to each other during all this, apologizes and confessions, but now there might be too late to say any of it.

A/N: another chapter woo! okay so it might actually be on a two week update for a bit cause I am working on an upcoming glimmadora week event so that has been eating away at time and the chapter I am working on now might be pretty long or least meaty/heavy so it will take time

so yeah hopefully y'all enjoy. still doing my best trying to write a chapter fic so as always kudos and comments are appreciated

The day drags on, each hour feeling like two. Glimmer zones in and out of reality. She does her best to listen to where everyone will be moving next to keep Horde Prime off their tails but she will have to ask Bow about it again later. There is something in there about Mermista and Sea Hawk, who have been keeping an eye on Brightmoon. Whatever Catra says Prime could be planning becomes static in her head. She is well aware she should listen to what the magicat has to say about the new Horde army but honest to the gods, she does not want to hear her voice. At some point, the queen finds herself back in her tent, starting up at the ceiling. She can’t quite remember how she got here but there is something about not really being hungry in her memory.

By early evening, Glimmer decides to go see what Entrapta is up to. She has not seen the science princess since coming to this camp, having darted off to conduct experiments. The queen finds her towards the end of the area in her own tent. Inside, wires, pieces of metal, and tools like wrenches and screwdrivers are all scattered across the room. It is like a maze to walk over. Entrapta is at a table, her back turned to Glimmer. In both her hair and hands, are parts of a Horde robot. Careful not to trip and fall over the mess, she slowly makes her way to the older woman.

“What are you doing, Entrapta?” Glimmer asks. She looks at the table. More robotic parts are placed haphazardly on the wood. Some in bits, some together, some looking like Entrapta is running tests on them. Just looking at it and trying to figure out the science behind it all gives Glimmer a small headache. “You having fun here?”

“Oh yes I am! All this tech is so new and interesting!” Entrapta states. “I could look at them for hours. I wish I could get my hands on more of these.”

“You still need to tell me what you are doing.”

“Oh! Right. I am trying to see if I can find any information out of their memory bank. See if we can learn anything on where Horde Prime will attack next or if there is anything we can use against him. I haven’t found anything yet, however.”

“Don’t you worry! I will figure something out and Horde Prime won’t know what hit him!”

Entrapta grins from ear to ear. If anyone can figure out how these robots work and get some use out of them, it is her. Any foothold the Rebellion can get they will take. Glimmer can’t help but feel a little better, knowing that the other princess might be able help turn the tides in this hell they find themselves in.

#she ra, #spop, #adora, #glimmer, #glimmadora, #glimadora, #glimora, #catra, #king micah, #castaspella, #horde prime, #perfuma, #i guess kasjgbsakjga i never know how to tag other characters on THIS but they all, #play some decent rolls in this lol
12 notes · See All
incorrectly-quoted-queersChat
Adora: So, guys, I have a big announcement
Bow and Glimmer: ???
Adora: Okay, I know this may come as a surprise but-
Glimmer: Oh for the love of- spit it out!
Adora, overwhelmed: I'm gay!
Glimmer and Bow:
Bow: ...Oh congrats?
Adora: Oh?
Glimmer: Honey, we've always known
Bow: Do you remember when we met Huntara?
Adora, eyes glazed over: Those MUSCLES
Glimmer: Exactly
Glimmer: But it's really cute that you think we didn't
#Incorrect spop quotes, #shera, #spop, #Adora, #Glimmer, #Catradora, #adora x huntara, #Catra x Adora, #wlw, #lesbians, #gay, #Bow, #friendship, #shera princess of power, #queues are for queers
39 notes · See All
evelhakPhoto 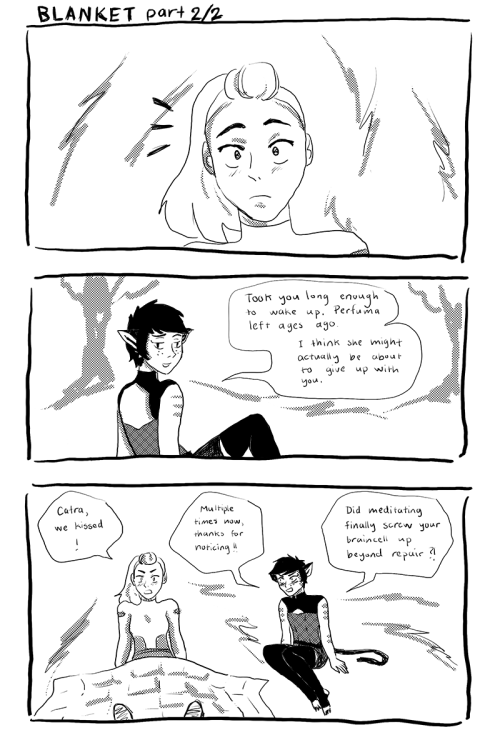 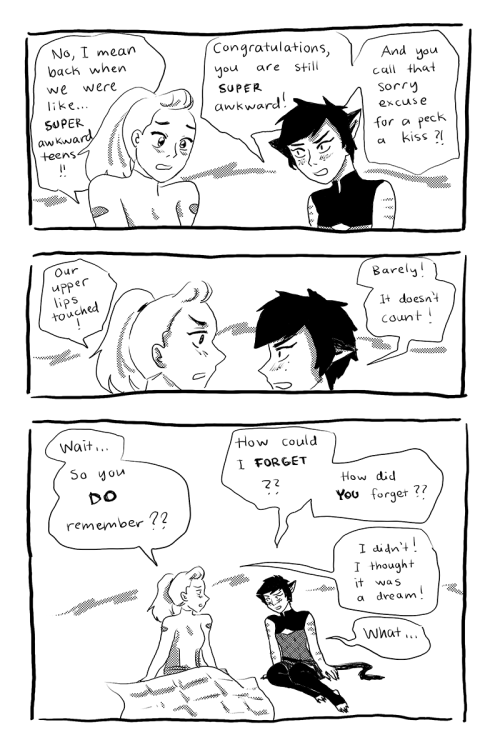 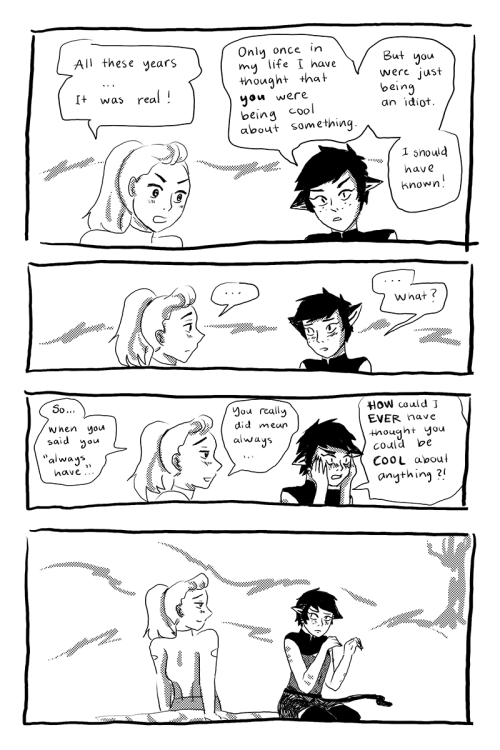 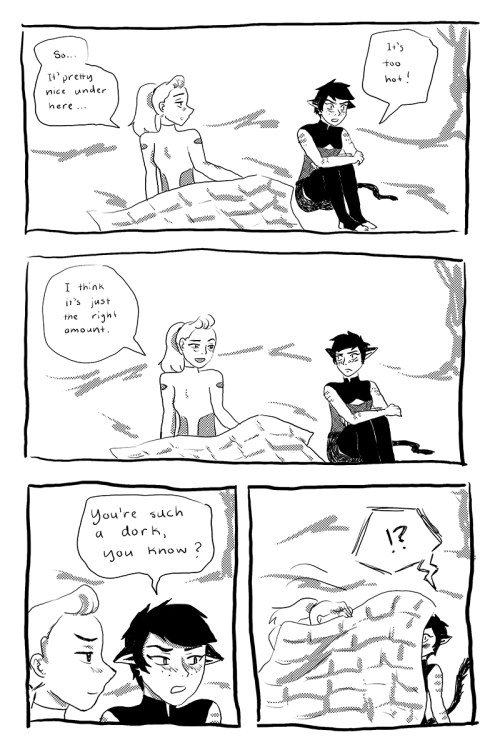 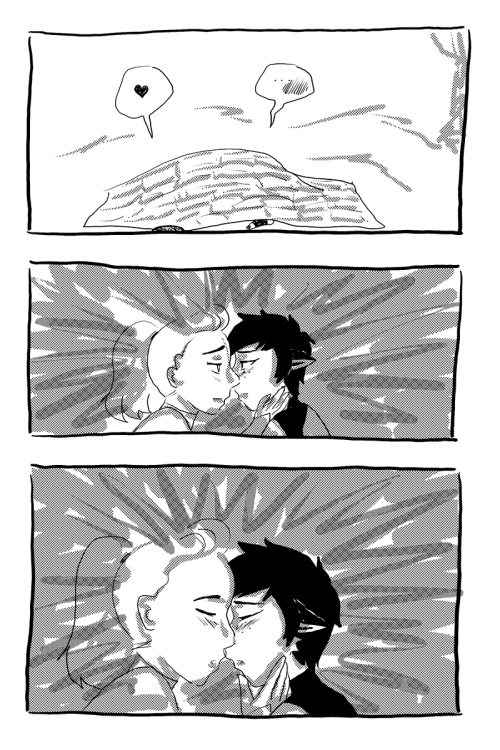 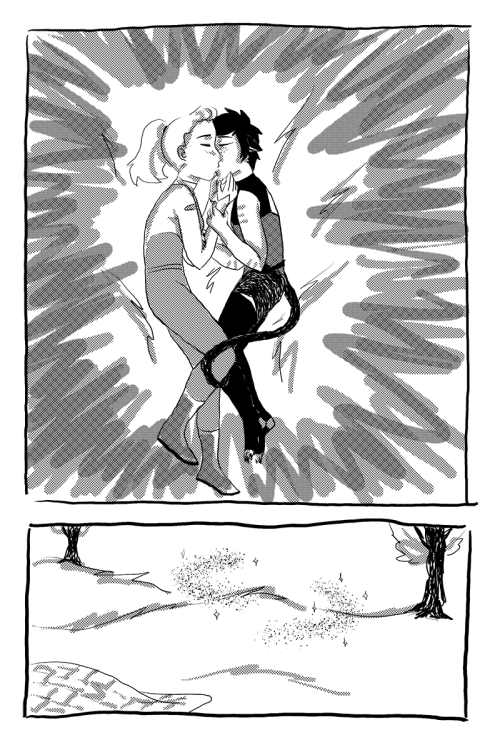 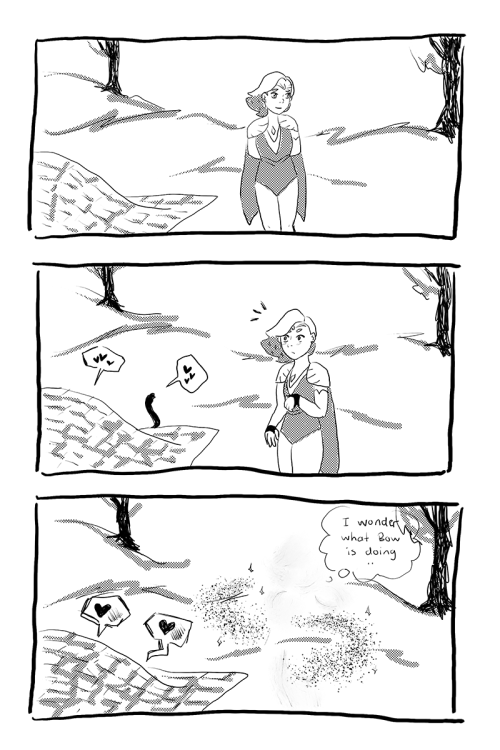 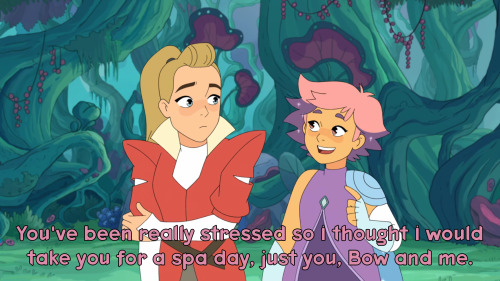 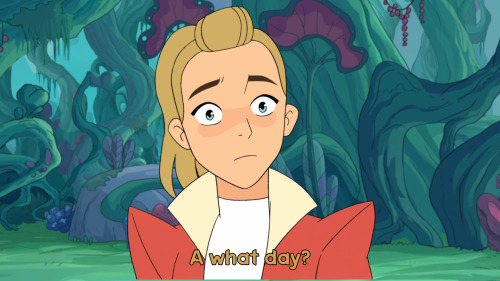 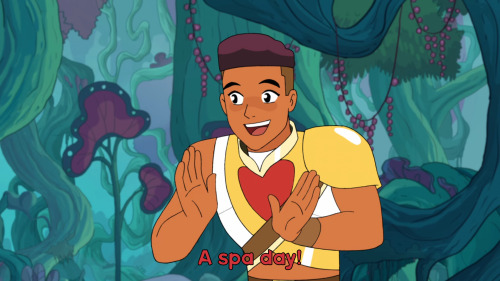 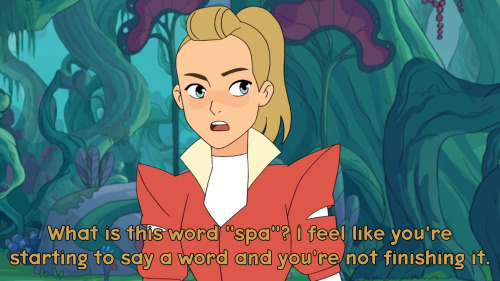 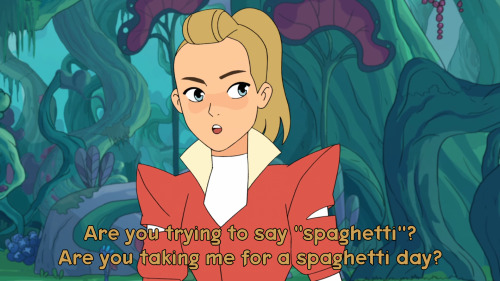 Decided to change my art style…again…

my first reaction to seeing bow:

I want a she ra movie as much as the next person, but what would it even be about

#adora, #catra, #she ra, #spop, #bow, #glimmer, #would they just fly around in space or what
11 notes · See All
bingoflamingosText

spop reaction pics (not mine btw)

I just love them. 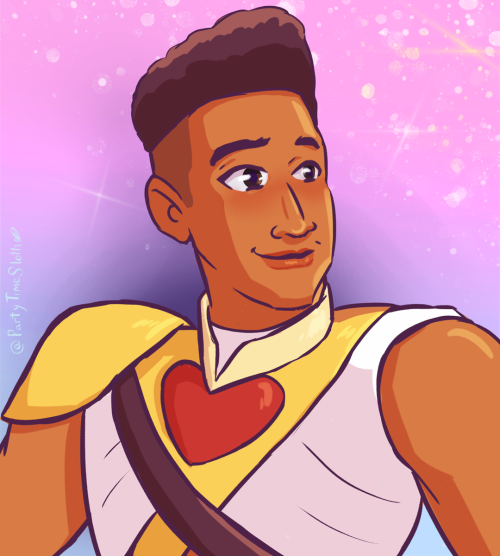 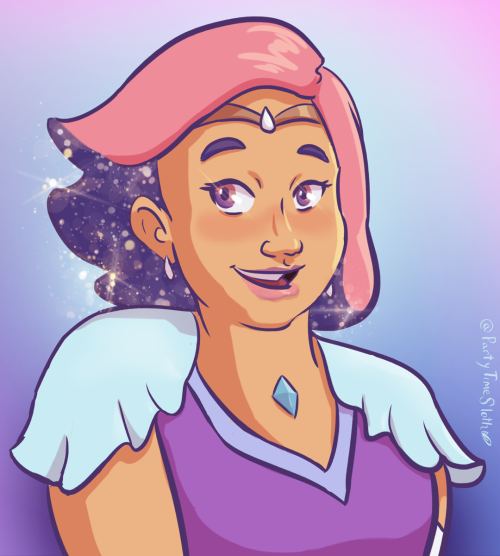 #she ra, #spop, #glimmer, #bow, #glimbow, #digital art, #soooo I watched the last season and a half in a day and it's my entire brain now
7 notes · See All
a-tamed-dragonText

that “fake” argument between Glimmer and Adora when they were trying to find the mole wasn’t acting and you can’t tell me otherwise.

Adora is also known as a shit actress.

I wish they went over that more though.

#spop, #adora, #shera, #glimmer, #a-tamed-dragon
4 notes · See All
imperialgruntChat
Glimmer, barely holding back a laugh: Did Adora still thrash around all night, and, like, sleep-fight? What was that about?
Catra, mirthful: She always did that, Adora can't even relax when she's asleep!
me: guys what the fuck how is that funny
#spop, #catra, #glimmer, #adora, #also seriously why are you joking around and bonding with the person who KILLED YOUR MOM
5 notes · See All
princesinhupbText

I used a She-Ra dollmaker to create fankids for some of my She-Ra ships. In order they’re:

Most of them were born in the moment, except for Nia, Rina and Estrella that I already had in mind from before. That’s why they’re all girls, the game only allowed that.

I think I’ll make individual posts about some/all of them eventually.