Nick was right. The world is in chaos right now. We always hope for this pandemic to be gone and for people to stop degrading other people. We should realize that all the bad things happening around us is enough for us to change for the better. Stop the hate and spread the love. That’s the world needs in order to heal. Love one another, the way Jesus loves us. :(

We’re still in a pandemic in this Bible verse the Lord say go home and shut the door so he can work I’m all with black lives matter. But there still a mysterious virus going around let’s go home and let him work

EVERYBODY ✊🏾 #Repost @ladyred730 with @get_repost
・・・
GOOD MORNING….THIS RIGHT HERE…..A MOMENT OF SILENCE FOR EVERYONE THAT HAS LOST THEIR LIFE…PRAYING FOR US #BLACKLIVESMATTER WE STILL HAVE A LONG WAY TO GO #GODSPLAN #PRAY #MOMENTOFSILENCE #STANDWITHUS
https://www.instagram.com/p/CA21d73niNi/?igshid=snmfdy3blo4b

#when, #did you know, #yourenotalone, #take care of yourself, #loser2leader, #im gonna lose it, #losing control, #nervous, #hopefromhome, #hope, #i hope this is okay!, #a new hope, #godisonthemove, #godschild, #godslove, #godislove, #godsplan, #word of god, #godisgood, #i hate everything, #thanks i hate it, #i hate them, #i hate it so much, #come back
0 notes · See All
cocainechyldPhoto 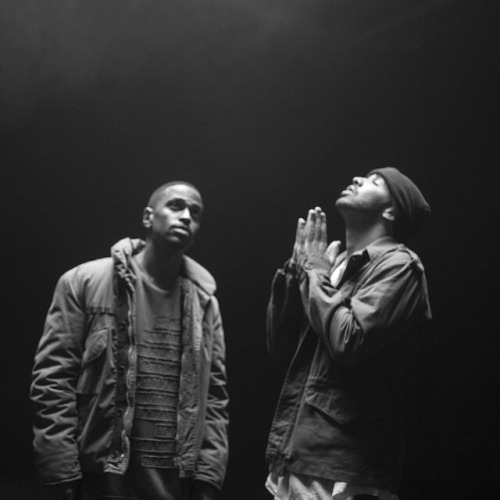 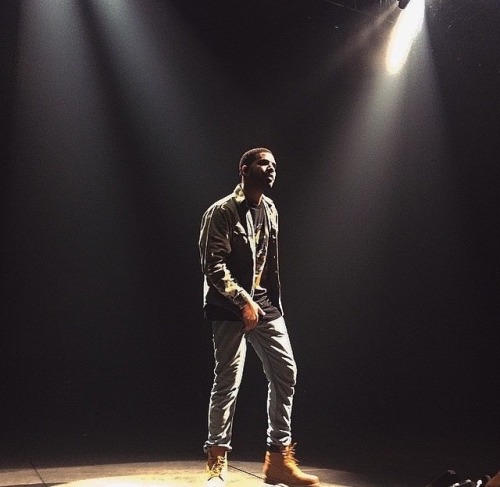 Nothing really matters anymore, does it ?

I never thought I would be making a post like this, but I am so inspired to write, like all the time although I never do!

That being said, I have found JESUS!

He has always been with me, although I never knew it. Through my worst and best times, I have to THANK Him!

All my life, I have been met with turmoil, tragedy, and hardship, and I was soooo close to giving up hope this past March, yet, JESUS came and SAVED ME once again! I honestly cannot believe that I was too blind to see it until now!

I guess I’d have to start from the beginning, BUT I am inspired to write about my most recent meeting with Jesus.

Flashback, back to end of Feb/early March.

I was working full time at PNC Bank, and part time at Starbucks.

6 days a week, 52-55 hours a week and I was so drained. I was ready to give up. But I was still working so hard because I felt the need to keep myself as a work horse, so that I would make all my bills, that over time had accumulated because I was living WAY above my means. I’m kinda sad that it took me this long to see it, but I digress.

My mom has been ill since 2005. She still is, but the illness keeps on shifting in her body. She is a big ‘?’ in the eyes of doctors, and nobody can figure out what is really wrong with her! I will write more about this later on.

In February, my mother went to have 2 stents put into arteries around her heart, because they were clogged and forming blood clots and all types of crazy problems. During that particular procedure, the doctors found out that the two that were put in prior, were already incredibly clogged again, so they pushed for open heart surgery.

She went for the emergency open heart surgery, and the process afterwards was AWFUL. She barely made it ‘out of the woods’, as they call it. She was having so much trouble, but she pulled through.

During this, I was facing a very troubling time in my life. I was working so much, was so worn out, and everything going on with my mom really brought me to a low. Especially because she’s been having mental illness problems and we have never had a good relationship at all, and I guess in a way I felt guilty too because of all of that plus hateful things I have said to her in the past.

I decided to take a leave of absence from PNC but to continue working at Starbucks so that I still had money coming in, because I opted not to take any vacation time/income during my leave with PNC.

This was right before quarantine. My mother made a speedy recovery and was released from the hospital THE day that the first person with COVID was admitted to the hospital. I now see how much of a blessing it was from God, that she was healed up & released that day. (Mind you, it was a literal 180 from how she was doing..very weird, even the doctors were like shocked).

So, during the first few weeks of being on leave, I was playing video games 24/7, neglecting my college work, smoking weed 24/7, ignoring everything else in my life, and just falling down this rabbit hole of darkness, including following every conspiracy theory out there, and found myself dabbling in the New Age religion.

I remember I was meditating one day in my room, and I remember hearing from YouTube videos I was watching, that sometimes scary things can happen during meditation due to your ‘old self’ or something, and that past problems can come up, and it can make you sad, etc.

BUT I NEVER THOUGHT I WOULD COME FACE TO FACE WITH A DEMON. A LITERAL DEMON. CRAWLING ON THE GROUND, WITH THE BIGGEST, MOST EVIL GRIN, WITH SHARP TEETH CRAWLING TOWARDS ME AND JUMPED RIGHT AT ME.

I came out of my meditation so quick, was trembling, and upon doing so, I started PRAYING.

I said, PRAYING guys. I think it was the ‘Our Father’, or perhaps making the sign of the cross, or just calling out for JESUS to protect me. I thought that was when I knew I was doing wrong, however, Jesus decided to come to me in a dream just to prove His point. And let me tell you, He is GREAT at that. God will call you out SO HARD sometimes just to make sure you know that He and ONLY He is the Almighty God. And that He would NEVER, EVER let anything bad happen to His children.

Welp, Jesus visited me in a dream very soon after that day. It could’ve been the same day, for all I know. I didn’t start writing down my dreams until I kept receiving them, so my timing is definitely off a bit.

I remember being in a ruined building. It looked like a war scene. The building was made of bricks, or whatever, but it was crumbling, and the top right of it was open fully. (If you’ve seen any of the Divergent movies, imagine any of the buildings in the city). The dream had an orangey tint to it. Almost like it was daybreak, or sunset. The sky opened up and there was this MAGNIFICENT light. Whiter and more pure than I have ever seen in my life. In my dream, I knew Jesus was coming. (Let me remind you that I was in NO WAY even worthy of being in the presence of Jesus, nor did I know about a supposed rapture that some believe in, nor was I walking in faith with Jesus at ALL at this time, although I knew He was real, and I had been healed in a healing mass prior, in about 2013-2014 from a broken ankle, but that’s another story for another post). I just remember DROPPING to my face, sobbing, and so upset because I saw others being lifted into the sky, and being surrounded by a yellow glow. Since then, I have quick-drawn a picture of this, perhaps I will include it. I remember being SO SAD and just DEFEATED because I saw others being ‘chosen’, and I didn’t seem to be one of them. I was on my face sobbing, when all of a sudden I was FLOODED with feelings of utmost joy, happiness, bliss, light, light-headedness, love, and overall peace! I look up, and I see a hand being extended to me. I look up further, and it is JESUS STANDING IN FRONT OF ME, AND IT IS HIS HAND THAT IS BEING EXTENDED TOWARDS ME. I will never forget that dream. I still am completely unsure of the meaning. But if I had to guess, Jesus was SAVING ME from that New Age nonsense, PROVING TO ME that He had been with me ALL THIS TIME, and TELLING ME that everything was going to be okay. This is technically the second dream that I believe to have come from a spiritual source. I still can’t believe it, but it plays over and over in my head all the time. And I know that it is Jesus doing it on purpose, because he DOES NOT want me to forget that dream.

If you’ve continued reading this far, I want to thank you for your support and your open mind to receive this message. I am still NOWHERE near worthy of being in Jesus’ presence. BUT He has since delivered me from weed smoking, which I soonafter discovered that smoking weed, although it can be argued as a good thing (can heal people, is of the earth so God must have made it, yadayada), you are BASICALLY giving demons LEGAL ABILITY to come into your life and mess it all up. Due to the fact that you are messing with God’s temple and altering the state of your true sober mind. I have been set FREE of my weed addiction (yes, I know it is not bodily addicting, but MENTALLY it is! And the sooner you can admit that, and try living WITHOUT it for a while, the BETTER OFF YOU WILL BE. I promise you that will all of my heart, mind and soul.

I’m going to give this a rest for now, but God be with you, God Bless You, and THANK YOU for reading!

All the children of Israel gathered at the foot of Mount Sinai … ADONAI descended … thunder, lightning, smoke, fire and the blast of the shofar…Then ADONAI spoke his commendments…

The Universal Supreme Father God with His word power created Rashtri, the First Maya Rajeshwari. Through that Parashakti only, He has established all the aforesaid brahmands with the never-ending quality of holding each other with an attractive force.

Started my day with this video, drinking my coffee outside, breathing in the fresh air and soaking up the morning sun🌞.

Hope you enjoy as much as I did!

& Facts is… we can’t find middle ground to move on & this is destroying us mentally & emotionally so we should just separate before this “relationship” Cost us our sanity..

Almighty God Kabir appeared to many great souls and explained to them the creation of the universe, imparted the true Spiritualpiritual knowledge and also took them to his place “Satlok”.