I’m very proud of these designs. My favorite part is their hair, it incorporates their kaiju look the most.


Godzilla: Legendary Godzilla is an aquatic titan, so swim pants was the most fitting

Mothra: She went through 3 sword variations before I landed on the Chinese butterfly sword

King Ghidorah: It was fun posing each personality 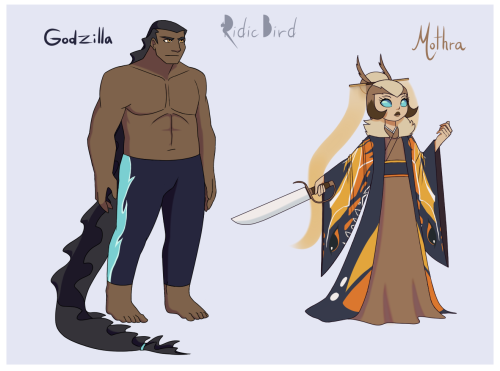 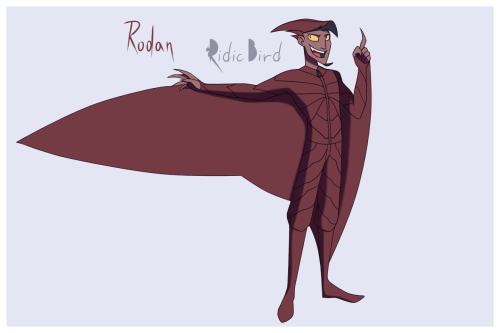 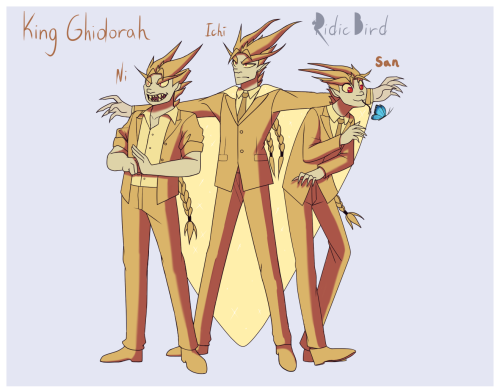 Happy 1 year anniversary for Godzilla KOTM! This movie has been very controversial within the fan base since it came out, with some people hating it, others loving it, and some in between. In my opinion, I absolutely love this movie. Legendary Godzilla is my favorite incarnation of the Big G, as well as Legendary Ghidorah, Rodan, and Mothra, the last being my favorite kaiju after Godzilla. Sure, the movie wasn’t perfect(the humans in the film were annoying, the jokes were bad, some of the deaths really shouldn’t have happened, and I dislike the weird sexual digs the director put in about the Titans mating), but what Godzilla film is perfect? This is a movie every G Fan should watch, and those that don’t like it should give it another chance. Thank you Legendary for giving us such an incredible Godzilla film! Long live the king!

Although I have my many issues with King of the Monsters, it’s crazy to look back and realize it’s now been a year since I’ve seen it for the first time. Wild!

glorious outfits for the queen

Have this bullshit i made at 3am.

You might be cool, but are you Rodan-sweeping-down-and-snatching-two-fighter-jets-in-his-talons-and-crushing-them cool?

I didn’t think so.

#godzilla, #godzilla kotm, #kotm, #godzilla king of the monsters, #i didn’t like this movie a whole lot but damn that scene was nuts, #the score too, #bless you bear mccreary, #monsterverse, #gojira, #legendary monsterverse, #rodan, #legendary rodan
5 notes · See All
endorita-purple-chicken-animatorText

Titanus Fritch is a horse-like kaiju with two large spiraling horn projecting from his forehead and a skeleton-like body which is covered with huge thick scales on his back. His hollow eye sockets posseses a small bead-like eye which has red incandescent effect thanks to the mutation in his DNA. Titanus Fritch’s classification is portrayed as an omnivore among the titan kingdom. He mostly derives his energy from a diet consisting mainly vegetations which has a lot of nutrients. But when it’s an emergency like being attacked by various titans, he will start consuming the corpses immediatly.

Plus a small comic how Fritch interact with Ya-Boi-Perish’s fluffy OC !

#godzilla, #godzilla kotm, #endorita, #kotm, #Titanus Fritch, #Fritch, #and Perish's wonderful OC, #Baby!, #he's a sweet heart, #but a damn matchoman, #especially when he's near females, #drawings, #Fritch is inspired of a pony of my stables
24 notes · See All
kaijushippingverseAnswer

Godzilla: It means you should all leave us alone.

here she is! i’m still unsure for her height and length, so im probably gonna change it and change it, again, and again- 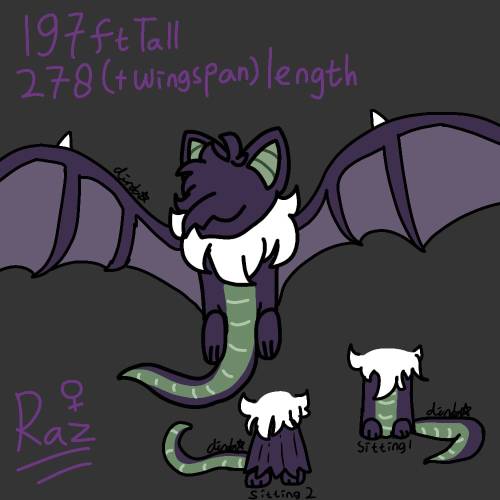 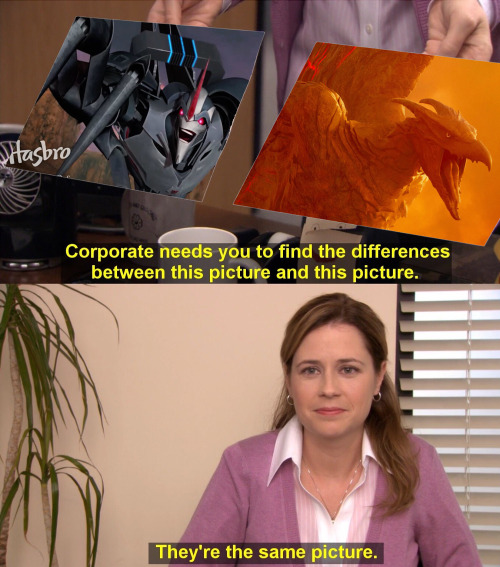 going to make a kaiju oc i guess :v

so stay tuned for that! (( well i actually already finished it but i need to think about it before i upload it, just in case i get the height and length wrong again :/

Dont think I’ve forgotten these 2, this ship also consumed me.

Also, Have some teenage gijinkas. 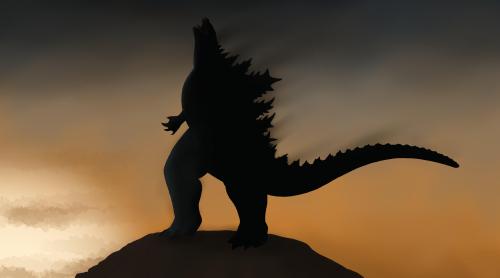 If Destroyah ever return I’ve had this idea from @ruubesz-draws Godzilla AU were should Destroyah and him face, Destroyah would nickname him “Jr.” As insult that he doesn’t see him worthy of the name Godzilla except for his father. Than constantly twisting the knife both literal and figuratively telling him it was his fault for being weak his defeat led to his fathers death and how Godzilla’s strength isn’t his own. Destroyah like his movie counterpart enjoys torturing his enemies both physically and mentally. For Godzilla this will be retribution in finally overcoming his greatest fear once and for all and to avenge his father.

Godzilla: The better to skrongk your damn wings off!

gift for the queen~

Godzilla: my love, this bouquet, like my heart, it is yours…

The poster for my new upcomming comics is finally done.

It took atleast 2 weeks to create this shit, due my motivation.

But I’m Ok with the end results 😏👌