Streaming one of the most glorious RPGs of all time! https://www.twitch.tv/connorort

The GBA Mario Tennis and Golf games show a lot of Golden Sun influence, in their visuals, sound effects, menu designs and even small things like the text speech sounds.

This only makes sense of course, since they share the same developer. Either way, here’s a comparison between Isaac’s mugshot in Golden Sun Broken Seal and The Lost Age and Waluigi’s mugshot in Mario Tennis Power Tour.

Very much kept in the same style, the Mario ones are just a tad smaller and more cartoony. 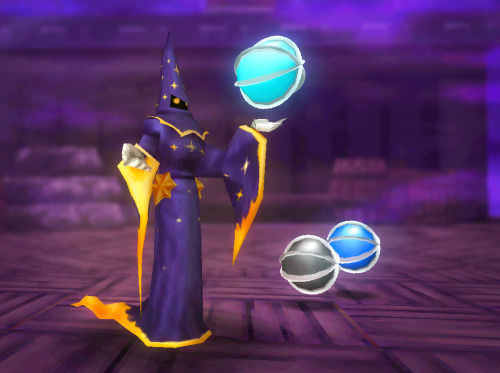 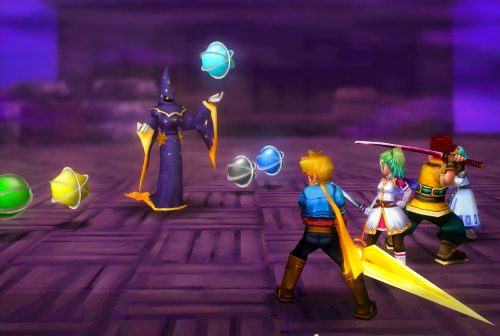 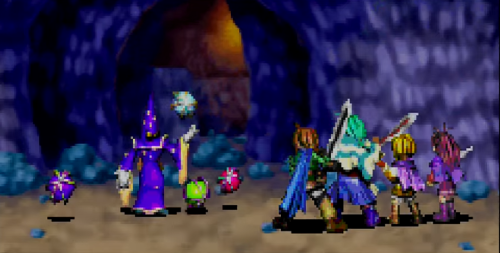 I love the Wizard class series, having access to Wish, Plasma, and Prism is a dream come true! 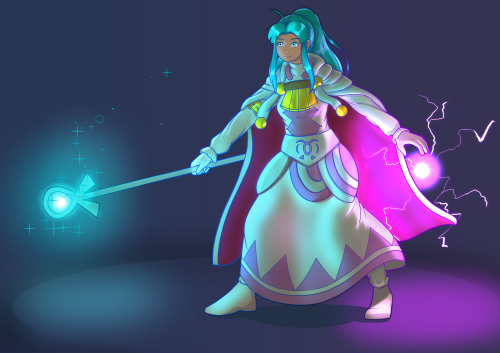 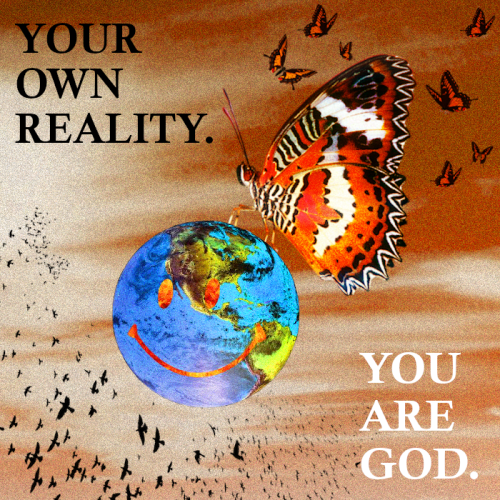 Starting in a few mins over at https://www.twitch.tv/connorort 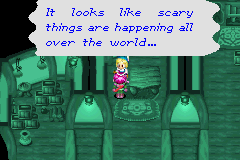 When two games are so closely related in style, story and gameplay, it’s hard for me to make an appropriate differentiation between them; same thing with Bravely Default/Second. Anyways. 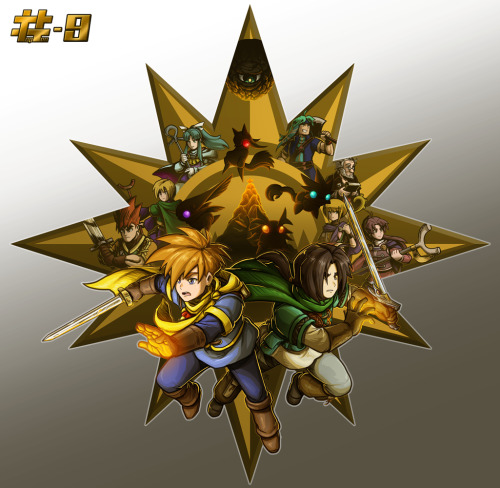 Lastly was Sheba, dressed for some tennis! 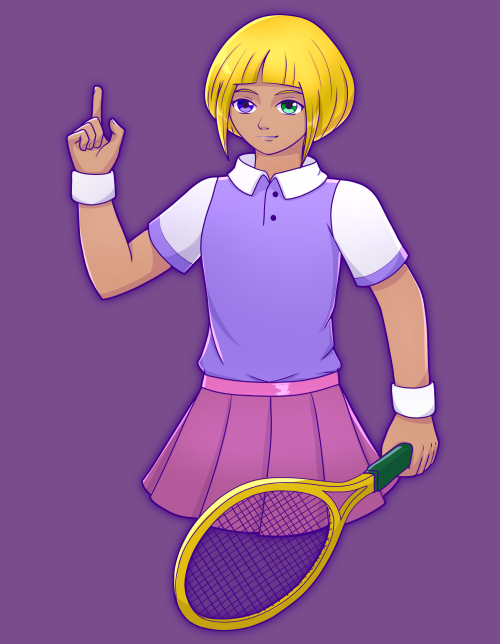 “Sporty” was the winning outfit type for a poll I ran on Twitter. 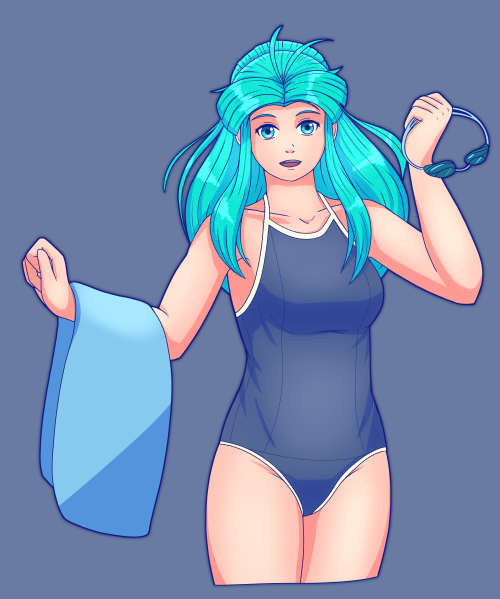 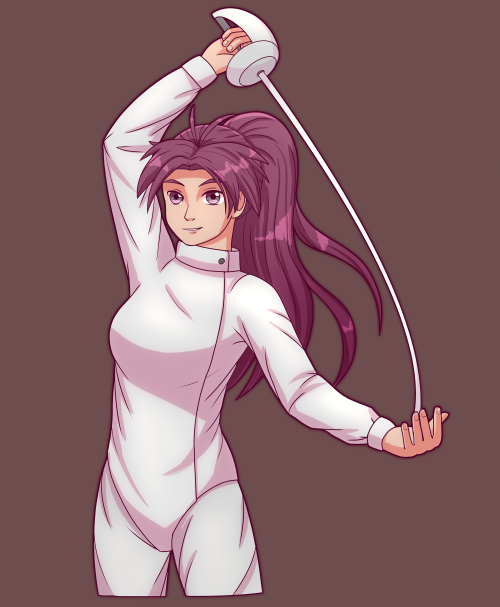 [When he came in that evening, he expected something.

A confrontation. A reaction. An agonizingly uncomfortable meeting.

A meeting he was too tired to deal with.]

[But that conflict never came. It didn’t seek him out. It didn’t overtake him.]

[There were sounds, at first. Nothing more. He could hear the other man moving, making meals and doing chores in other areas. Never forcing a talk. Never sticking around where he couldn’t follow.

And he got used to the fire, the fire and the darkness.

He got used to the night.]

[It went on like that for several days. Several days of the living silence before he could hear the movement, feel the change in the air of someone approaching to sit down next to him.

And at first, he couldn’t speak.

And he couldn’t bear to hear words.

The mere thought of voices seemed so loud, so uncomfortable, so—! So noisy, so much!]

[How could he have come so far, and not even be able to get beyond the reach of a dream, a surreal concept?]

[He got up abruptly, walking to another area to try and quiet his thoughts.]

[It was practically deafening. He couldn’t bear to listen or to speak.]

[His father had followed after him, and Felix had expected he might place a hand on his shoulder.

What happened instead was something far different.]

[His father handed him the Proxan mask—the one that had been given to him by Saturos, the original one that he had left behind in his haste.

He put it on almost immediately, feeling much relieved (if a bit confused) as he gave a short sigh before raising his face.]

[His father was… very much like how he could faintly remember him. Even though many years had passed.]

[He looked away, uncertain of what to do to handle this. He had hoped he would be ready, but even now…]

{{Allow to gain some insight.}}

[It wasn’t so much a sound, wasn’t so much a voice that touched his mind; it was an even more silent form of thought, like reading words in the most quiet mental way—a voice without sound.]

(Not aware you could do that from a distance. Forgot, maybe?)

[Tired. He was tired already, and sat down had to close his eyes and put a hand to his face, not even focused on how his father chose to sit down alongside him.]

[He opened his eyes briefly at this.]

[He could feel the weight of his father’s silence, a wordless churning of thought and memory linked to an incoming response.

He closed his eyes again.]

(I needed to see you… and I thought I could… the need was so great, I could force self to handle it…)

[But it was so very loud, and he felt so very drained; overwhelmingly exhausted, and he wasn’t sure why.]

}}If I had to guess, the curse laid upon you is having effect.{{

[Better. It was getting easier.]

(Thank you for that.)

}}You spend too much time alone.{{

(Is that really relevant?)

}}You were the one to bring her with you, lad. You have to live with such consequences.{{

“We are NOT discussing that now.”

[The vocal outbreak was sudden, but not deafening—even when the response came in turn.]

Felix looked up, leveling his gaze off into nothingness.]

(…I needed to see you. While I still had the chance.)

}}I gathered that. And I’ve been expecting it.{{

[He looked over at his father, frowning somewhat.]

}}We never had a chance, you and I. Not like it should have been.{{

(There were many things that were lost, that way…)

(We didn’t have options. There was no other way.)

In the past, he would have doubted his father’s strength, given how quickly—even in Prox—he had surpassed his father… as far as he knew.

But after what happened at Mars Lighthouse…]

[Pain. He closed his eyes against the pain, against the darkness of that day. But he could never outrun it—perhaps should not even try.]

[His mental voice was louder.]

(I’m sorry for everything. For all of it—)

[He stood abruptly, shutting the doors of the caverns of darkness in his mind.]

(I mean it, Sheba. There is blood on my hands!)

[His father had spoken softly, and it brought him out of the blind darkness of thought, back to the present.]

}}I know it’s weighed much on you, Felix. It would on any man. Especially a Venus Adept.{{

}}I knew you’d come back. Come back for this reason.{{

[He managed to look over, where his father also looked lost in thought, weary in his own faded memories of the past.]

[He made a face at the sound, but his father continued.]

“-Short sigh- Felix… we were all affected by the beacon, and yes, there is the dark side of Venus that is following you and will remain in your wake wherever you go. And I can tell right now that it has a much greater hold on you.”

“How did you handle it?”

[Another sudden outburst. And he was suddenly blinded, once again blinded in darkness.]

“How can you handle it, Father? How does anyone do it?”

}}You have your mother’s temper…{{

[Felix was wounded as much as unamused.]

(That’s what you focus on at a time like this?!)

[His father got up off the ground.]

“I never had the chance to see you grow out of being a boy. You were so distant back then, and then you were gone. And after things happened… it shattered you whole. You had just come to finish taking out splinters when you ran off in the night.”

(They were trying to kill me…)

“When you didn’t come home—not even send word—we didn’t know you’d survived, and gravely feared you were dead.”

[But that had been to his sister.]

(And only mostly dead…)

(Nothing. Just… a joke the others use.)

[At least now they were better, and things had improved for his friends…]

}}Does he get lost in thought often?{{

[He barely even noticed, and didn’t really care.

So he did somewhat flinch when a hand was placed on his shoulder, snapping him out of it.]

[The two of them sat in front of the fire, eating cooked meat. Echo was sitting next to him, silent for once.]

(Something I don’t understand…)

“Why did it bother you suddenly, even when you’d seen it before?”

[He didn’t say anything, just feeling his heart turn heavy, becoming lost to the darkness. His father said something, but he didn’t hear it.

Not until their presence had chased his thoughts down, pulling him gently out of the darkness.

He blinked and looked up, absentmindedly confused.

His father gave a slight frown of concern, even as he continued eating.]

“You’ve changed over time, Felix. Your world changed around you. Things are often much harder when they hit close to home. And it isn’t the first time—it was much worse before.”

[He lowered his gaze.]

[He couldn’t think straight, not when it was weighing more clearly.]

“It bothers me constantly. …Less than before.”

[Felix closed his eyes, putting down his silverware and putting his hands to his face.]

[He could admit as much, now.

(Would have if others. Hadn’t… protect me.)

[Words. Words didn’t matter as much as sound, at this point.

(Couldn’t forgive it. So much damn pain.)

}}Wouldn’t wish what you lived onto any man.{{

But his father had none of it, and spoke just as sternly.]

“Proper fear of the weight for un-repented strife is much different than such agony that shatters the mind.”

[Felix looked away sharply, calming back down as the tone softened when his father continued.]

“…And I really don’t blame you for holding a grudge.”

“There are some things in life you cannot feel passive for.”

[His father gave a small snort in amusement and grinned at this.]

[Felix would have protested, but chose very quickly that he’d rather not get distracted in something unusual.

He sighed and set aside his plate.]

“…This is… nothing like how I thought it would go.”

[He looked up again, giving a fully honest and tired expression as he faced his father.]

“How do you handle something you will just never fix?”

[The man closed his eyes and shook his head slightly.]

“That’s not the right way to word it.”

“But it is definitely fastest.”

[A sigh, the older man pulling a hand down his face.]

“I never would have thought that there was something you couldn’t do, something that could truly bother you. But I’m older now, and—now I most truly know that you were very much like me, and that means… you know what I’ve been through, and you still somehow…”

[He was having trouble putting it into words, and that caused frustration.]

“How do you handle it, Father? Handle ANY of it all?! What can I do, what can I learn, how do I learn what to do and to say?”

“Unfortunately, Felix, there are many things that just come with time. And a lot of what you’re trying to ask is just something where you learn as much as you can from example, and then apply from further personal experience. And it’s never something you really do know.”

[It was a gently halting and chiding word, a derailing of thought by refocusing of his attention.]

“You feel the most from your own perspective, but… you cannot know in your heart nearly as easily how others view you.”

[He almost protested, but his father continued.]

“Tell me, then—in your dealings with others, where do you stand? Are you treated as equal, or are you a leader?”

[He opened his mouth, but was unsure of what to say.

He thought more than ever of the last conversation he’d had before he went there.]

Hey new chapter of Young Man Hydros is starting on various webcomic platforms. And by various platforms I mean Smackjeeves (even though like no one is updating there since the overhaul), Tapas, Comic Fury, and Deviantart. 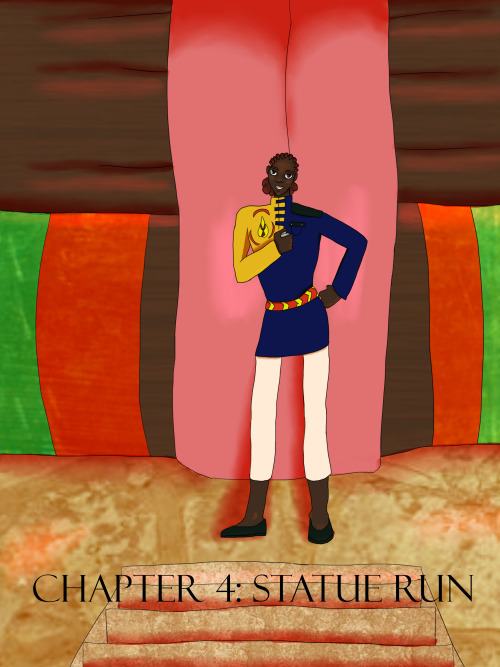 My tattoos were complimented in the pharmacy drive through today! They look pretty damn good for having been done in October!! 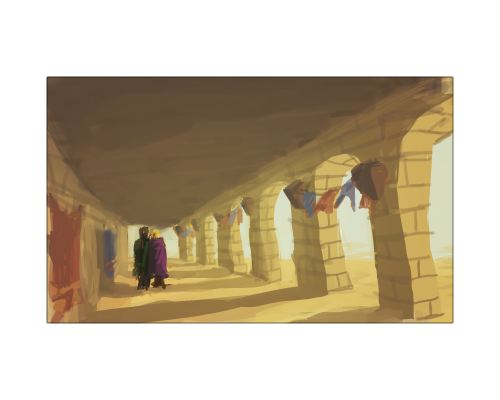 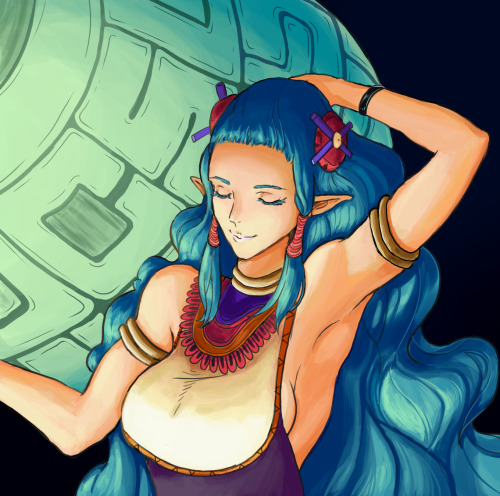 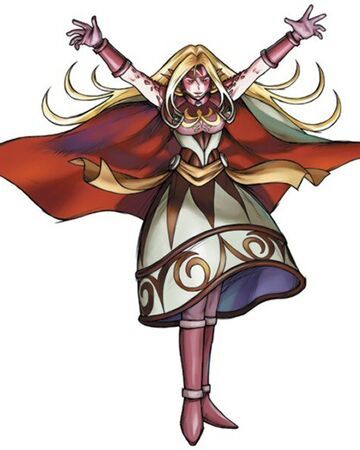 #golden sun, #why google
2 notes · See All
Next Page