We come to 2 Kings 13 and the narrative moves back to focusing on the northern kingdom of Israel where a new king is on the throne, Jehoahaz, the son of Jehu. But he’s not exactly a noble leader…

2 Kings 13:2–3 (ESV) He did what was evil in the sight of the LORD and followed the sins of Jeroboam the son of Nebat, which he made Israel to sin; he did not depart from them. 3 And the anger of the LORD was kindled against Israel, and he gave them continually into the hand of Hazael king of Syria and into the hand of Ben-hadad the son of Hazael.

This is a familiar refrain for Israel, their king commits idolatry and the people fall in line. God brings judgment in the manner of Hazael, king of Syria as he attacks and defeats them “continually”.

Jehoahaz gets a wake-up call during all this and turns back to God.

2 Kings 13:4 (ESV) Then Jehoahaz sought the favor of the LORD, and the LORD listened to him, for he saw the oppression of Israel, how the king of Syria oppressed them.

What a moment for the mercy of God. He is kind to the evil. Jesus told us this (Luke 6:35). He is slow to anger and abounding in love. Moses told us this (Exodus 34:6). Now let’s look at the kindness of God in action for Israel:

2 Kings 13:5 (ESV) Therefore the LORD gave Israel a savior, so that they escaped from the hand of the Syrians, and the people of Israel lived in their homes as formerly.

This is an often repeated theme in the Bible. The people sin, suffer and cry out. A savior is given and the people live in peace. Here the savior is nameless. Speculations abound as to who he was but we are asked to see WHO sent him. The Lord sends him to save his people. God works through intermediaries and deliverers.

The peace here is short-lived as Isreal apostatizes once again.

2 Kings 13:6 (ESV) Nevertheless, they did not depart from the sins of the house of Jeroboam, which he made Israel to sin, but walked in them; and the Asherah also remained in Samaria.)

The text continues by showing that after Jehoahaz another king comes to reign in his place named Jehoash. Jehoash is no much better at obeying the Lord and Israel is decimated. On top of all this - the prophet Elisha is on his death bed.

2 Kings 13:14 (ESV) Now when Elisha had fallen sick with the illness of which he was to die, Joash king of Israel went down to him and wept before him, crying, “My father, my father! The chariots of Israel and its horsemen!”

Now there’s a weird story in this chapter where the prophet tells the king to shoot an arrow out of a window and then strike a bundle of arrows on the ground. Step by step instructions are given leading to an even stranger moment during this event…

2 Kings 13:18–19 (ESV) And he said, “Take the arrows,” and he took them. And he said to the king of Israel, “Strike the ground with them.” And he struck three times and stopped. 19 Then the man of God was angry with him and said, “You should have struck five or six times; then you would have struck down Syria until you had made an end of it, but now you will strike down Syria only three times.”

At first glance, this moment seems so strange but it serves as a summary illustration of Israel’s history. They only followed God so far. They only listened to the Lord to a point. As a result, they only received so much promise and deliverance. Instead of being free from Assyria, they would be destroyed by them. Why? Because Israel got in the habit of only walking with God to a certain extent.

Sadly for Israel they could not obey God fully. And neither can we. The good news is there is a KING who obeyed fully and secured our freedom. Jesus Christ finished the work we could not finish. And because of Him, we have victory over every enemy.

1 Corinthians 15:57 (ESV) But thanks be to God, who gives us the victory through our Lord Jesus Christ. 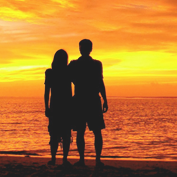 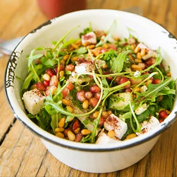 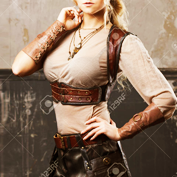 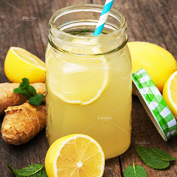 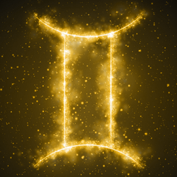 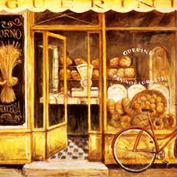 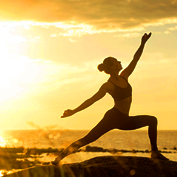 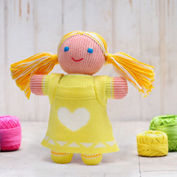 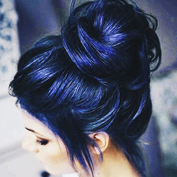 THIS was the testimony of the multitude concerning Jesus, He did many things, but He did every thing well. Cannot we bear the same testimony this morning? He called us by His grace, and when we reflect upon the means, the manner, and the period, must we not say, “ He did it well?” He has tried us in many ways; but when we think of His design, the mercies He mingled with the afflictions, and the deliverance He granted us out of them, must we not say, “He hath done all things well?” If we look back, and see Him standing forward as our SURETY with the Father in eternity; or if we behold Him taking our nature, bearing our sins, procuring our righteousness, and sending His Holy Spirit to sanctify and save us; must we not say, “ He hath done all things well.” And when our mansions are prepared, our bodies raised from the grave, and our persons are perfectly conformed to His image; when we hear Him say, “Come, inherit the kingdom;” oh, with what rapture, gratitude, and love shall we shout, “HE HATH DONE ALL THINGS WELL!”

Be wise in the way you act toward outsiders; make the most of every opportunity. Let your conversation be always full of grace, seasoned with salt, so that you may know how to answer everyone. 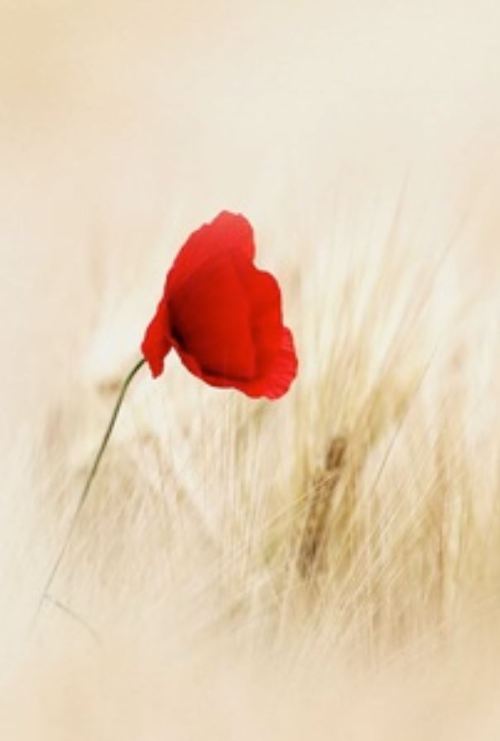 A lot had changed since last year

1. Whats your middle name? Do you like it? Okay so my first name is Ana Paula, so it’s a conjoined name. Paula is technically still part of my first name but I HATE it so much, especially the American pronunciation, so I go as Ana. My seventh grade teacher spoke Spanish and she used to call me Ana Paula even tho I told her not to and it took years to stop people from calling me that. Again. Cause I had already gone through that.

2. Make a list of shows that have changed your life. I actually do not watch tv much, and most of the time I watch comedies, so they’re not life changing. The book “the hate u give” definitely was life changing. I hadn’t read a book like that before.

3. How are you today? I’m great!! My gym opened today and I got to see all my lifeguard friends and my friend kyler who works at the front desk and it was just great. I haven’t been going out much since quarantine started so it’s the first time I saw people that weren’t in my family for the past 3 months or so.

#thank you!, #asks, #ana, #if someone calls me Ana Paula they will suffer the consequences and REGRET ever calling me that, #or Ana Pau, #ew, #also my name means grace which is not cool, #couldnt it mean something like fire or strenght or brave or something, #noooo, #grace
1 notes · See All
magnoliasporthorsesPhoto

Froth (Fantastic X Gideons Gracie/Gideon) had some good playtime today and boy did he impress! Grace is our most consistent producer, with multiple winning offspring already- and we are excited to see how this next great one develops!

Froth is available Private Treaty to a competition home only. 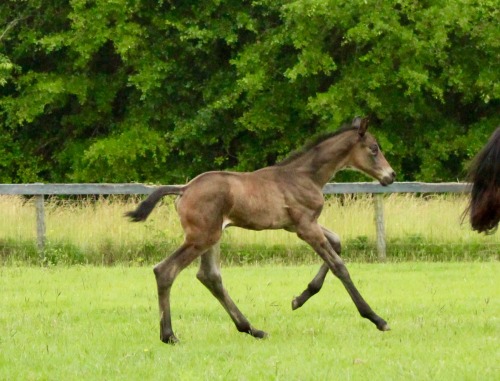 “Knowing this, that the law is not made for a righteous man, but for the lawless and disobedient, for the ungodly and for sinners, for unholy and profane, for murderers of fathers and murderers of mothers, for manslayers,” - I Timothy 1:9

There is a big difference between a righteous man and a law keeper. A person who sincerely tries to live righteously will treat others with love and respect simply because it’s good, right and well pleasing to God. However, a law keeper only treats others well, just within the limits of the law, only because he is afraid of the consequences of doing otherwise. The law [of Moses] was intended to place restrictions on bad behavior, and was never intended to be permanent, but rather a temporary arrangement until Jesus came.

The law is not made for a righteous man. 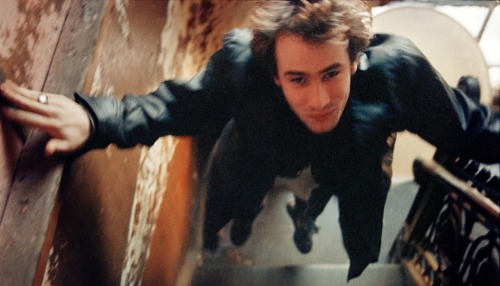 Adam’s disobedience created a breach between himself and God, from which he was unable to recover on his own. The LORD GOD graciously provided a mechanism for forgiveness, reconciliation [כָּפַר - kaphar {kaw-far’}, atone, reconcile, cover]; to restore friendship between Adam and Himself. God made precious promises of salvation and blessings throughout history, and provided His only son Jesus Christ as Savior, whose sacrifice ratified the covenants He made. He also lights our path guides and directs our feet every step of the way, and blesses us with good things. It is good to seek the Lord; to do His good will.

“And they that shall be of thee shall build the old waste places: thou shalt raise up the foundations of many generations; and thou shalt be called, The repairer of the breach, The restorer of paths to dwell in.” - Isaiah 58:12

“To declare, I say, at this time his righteousness: that he might be just, and the justifier of him which believeth in Jesus.” Romans 3:26

By Christ’s sacrificial death, God maintains His righteousness while simultaneously forgiving us of our many sins. God followed through with His threat to Adam that if he disobeyed His command, that death would result. However, because Jesus was obedient in all things, God was just in raising Jesus from the grave. This is very true because even though Jesus was born of a woman and thus subject to death, it would not be righteousness for a sinless man to stay dead, as Jesus did not belong in the grave. So God raised Jesus Christ from the grave and gave Him eternal life, and He is no longer subject to the law of sin and death.

Froth (Fantastic X Gideons Gracie/Gideon) had some good playtime today and boy did he impress! Grace is our most consistent producer, with multiple winning offspring already- and we are excited to see how this next great one develops!

Froth is available Private Treaty to a competition home only. 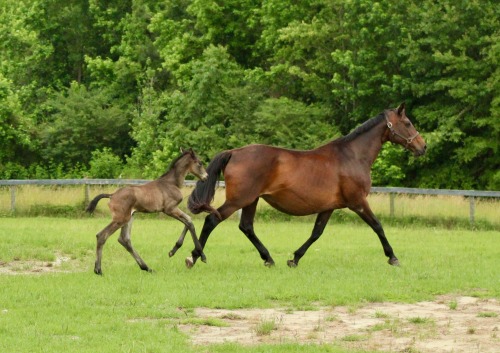 ballet as art by Dan Hecho