not me being absolutely engrossed in my professional ethics textbook

So I know it’s bad to write something in L1 first and then translate the written piece to L2 because that just adds all sorts of problems – including the ‘I can’t get the exact same meaning and effect in L2 as I can in L1 and it just feels wrong’ – which is super fucking difficult when I write term papers because, especially with this one since all my source material is in English, all my thoughts in relation to it are in English.

So I was just spinning my wheels here and suddenly I was like.

I don’t know if it’s the autism or what but WHY did it take me this long to realize that it’s perfectly legal to write notes of what I want to cover and general ideas in one language and use that as a starting point. My brain was so stuck on “paper is in L2, must do everything in L2” that I didn’t even realize that this was an option.

The worst part of trying to write a term paper is when I sit down, fully wanting to do it, and my focus just… isn’t there.

I’m getting kind of overwhelmed because of the sheer amount of information. What do I need to cover? What can I just ignore and assume is common knowledge? Is my framework all wrong? Is it a paper about the metric of Beowulf in the original vs. modern versions if I discuss the role of language change and its affect on metrics? How deep of an analysis do I have to do? Can I just state that Beowulf was an oral poem, but that modern poetry is more likely to be read than recited? Can I state that without doing a tonne of research to make sure it’s true? How much time do I spend where? What’s the right way?

And as I’m sitting here trying to read and research, the words blur together and I read a paragraph, then a page, and realize I have no idea what it says because the words have become a meaningless mass.

At least my professor is letting me choose my own due date. I told her the 19th of March, but that my personal goal was to have it done by the end of February. Will I be able to write this damn thing in 2 months, in my second language, no less, when all of my source material is in my first?

Is anyone reading a lot of articles for their thesis/coursework/research? I’m working on an extensive lot review with a hard deadline and I’d love to start a discord or group chat here for chatting while working through dense articles. Is that something any other grad or unsteady would be interested in?

Just got a glimpse of what my student loan payments are about to be and I’m regretting wanting an education at this point.

Who remembers the good times when school was in person and you could finish your work a month ahead of time?

Yeah, I remember. But now, it’s completely different because the school locks the online assignments until the week beforehand. No wonder I feel like I’m drowning in work 24/7.

So it’s no secret that this semester is already rough for me. I guess I stupidly expressed my feelings to my cohort in our group chat pertaining to one of our assignments, and a few of them have reached out to check on me. While they have good intentions, and I appreciate the concern, they have not been very helpful or practicing much empathy with me. Which is super ironic because we’re all counseling students. If anything, this is just a reminder to me that maybe I shouldn’t be over sharing my feelings with others, even if they are my classmates that I’ve known for over a year now.

Modules are starting this Thursday, I still have more grading, my own thesis, research assistance stuff, application to phd programs, but I am BACK to my own place ! It is calm ! I can go for a daily run ! There is so much light ! It is calm ! What a concept !

I am somehow unsure what constitutes a “feminist book”. I don’t think I have read a proper feminist-essay sort of book ? So I’ll for poetry instead with Caitlyn Siehl ‘s What we buried. Still one of my favourite colelction of poems to this day. 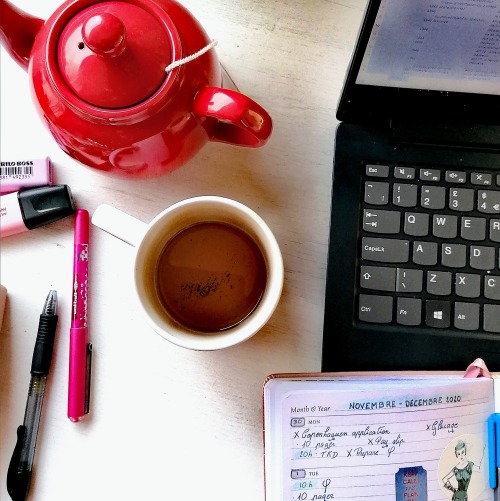 Y’all I started outlining my dissertation. This is not a drill.

Volunteered at the museum for MLK day. Good times.

Why does it feel so paradoxically good to be sad? I feel like I’m more, I don’t know, profound or something when I get like this. Not to say anything I’ve written so far is particularly profound, just that it feels good to wallow in self-pity. Being alone now is weird. I don’t have anything to do other than drink and play music, or write or play video games or draw. By doing this I at least get to feel like I’m doing something sort of worth while. Jamming this note file with turgid prose feels better than staring at some pointless video game at least. Kind of. At least I get to practice my GRE words, and use univocal words like univocal.

Sometimes, rather, most times, I worry I’m becoming more boring as I get older. I think I was more interesting when I was younger. I’m near positive I peaked in high school. That may even be a theme to this whole damn thing. Children of mine who may be reading this, as I read my father’s diary that I found in the basement when I was around 14, know this: high school, as shitty as it can be, because of the hormonally charged, needlessly inflated importance of everything, at the very least is the best feeling time of your life. Maybe it’s not the best time of your life overall, it’s probably not the most important, that’s for damn sure, but it at least feels the best. Maybe it’s because a lot of my high school memories are becoming so foggy, but I seem to recall having a lot of fun back then.

Even freshman year of college I had a lot of fun that I don’t anymore. We used to run all over campus, A—-w, J—s and I, and just do random, fun bullshit. We once made this whole scavenger hunt for people on this now-dead social media app “Yik Yak” to discover. The premise of the app was that only people in like a 10 mile radius could see what you posted. A lot of people used it (unsuccessfully) for drug hookups or sex, but on college campuses it was used for all sorts of weird bullshit. We ended up meeting this kid who found all of our obtuse clues and was rewarded with a gatorade bottle filled with a few coins. Yik Yak was a good app. It was like a call to adventure anytime someone asked for something that required meeting them. One time, A—-w and I responded to a call for vape juice on campus. We met these two girls we never saw again, but the journey to deliver that fruit flavored nicotine juice was our odyssey for the night.

Other fun freshman year activities included lots of boring intro-level classes, two boring girlfriends (K——e and T—a who makes a brief appearance at the very beginning as I recall), and this attitude that everyone you met could be your potential new best friend. There’s a picture somewhere of ten random people, myself and A—-w included, jammed into J—s’ tiny dorm room playing some video game. We hung out in his building all the time. My memories from that time are always surrounded by this halo of greenish fluorescent lighting. Warm, office-lit common rooms in J—s’ building, surrounded by the void of black outside, six stories up. We never really talked to most of those people after that first semester, but that’s how I met B—–n at least.

People say you never know you’re in the good times until they’re over, but I remember even then having this feeling that that was as good as it got. So what does that make now? Now I’m just some old, friendless, just about post-grad who sits alone in his room late at night, writing about the good old days. I hope those people are right. I hope these are about to be the best times of my life, but I’m not holding onto hope.

First exam of the season tomorrow.

Trying to be more on top of it this semester which apparently requires turning my notes into novels.

18.01.21// with this term officially started my desk is only going to get messier 📝 wouldn’t have it any other way, this is going to be an exciting new term with lots of writing! 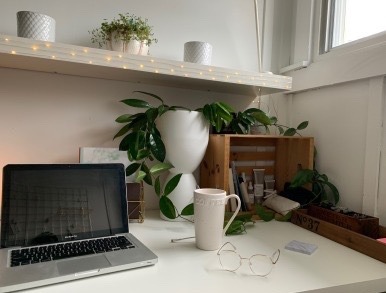 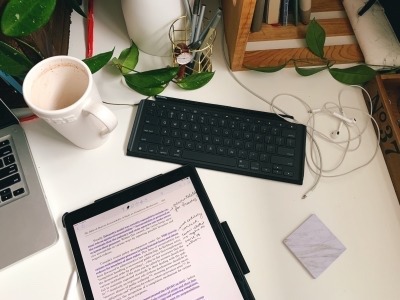 I just wanna get drunk, make out, sleep, and not write this thesis pls

My colonies formed a smiley face 😊

17.01.21// cozy desk space. Lots of work to do now that classes have started. While working from home is not ideal, I do love my desk space 🌿☕️ 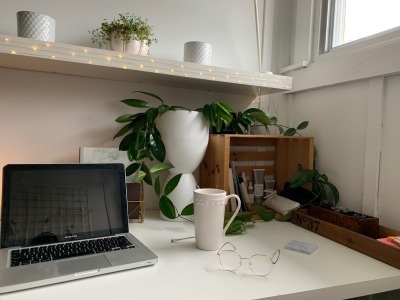 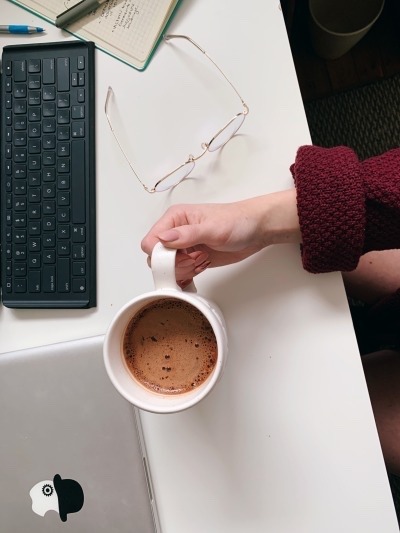 Don’t mind me, I’m just working on ribbon skirts while Max the Dog refuses to let me sit down on the couch like the dick he is.

I started a new job recently (well, internship for now with a full time position come June) and I am just totally loving it! It can be very intimidating, but its all exciting and stuff I’ve been wanting to do.

Also, after working in the same agency and position for almost 8 years it really shows how much it really makes a difference when you are surrounded by people that appreciate you and want to do things for you. Example, I have my own office (squee!), brand new, never been used and I get to decorate however I want with some funds from the agency–this is rare in social work people! I found wall decor that I love and was also on a huge sale (oh yeah!). Then, one of my bosses just found some chairs that are soo pretty and won’t come out of the budget that I was already given. Plus she’s staining the table in my office to match, and getting me a huge bookshelf, also not from my budget. It’s all coming together and I’m just so happy and feeling so blessed.

16.01.21// I’ve finally got a bit more green on my desk! I’ve been shuffling my desk around, trying to find the way it will best suit my study needs. 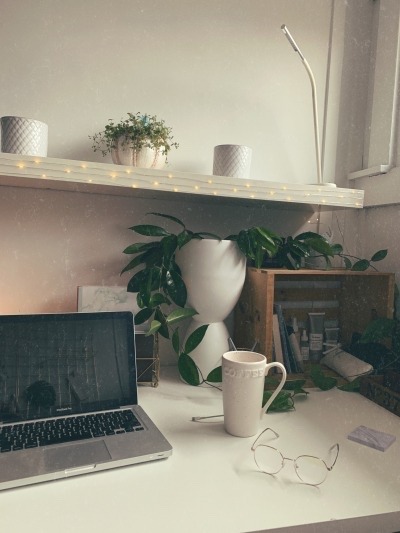 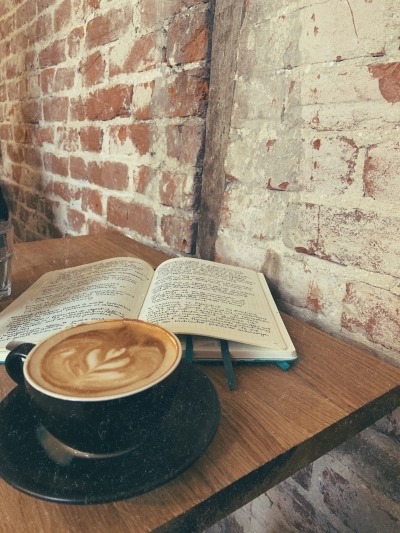 this is my 3rd tumblr blog in the last 11 years lol, I just really wanted to create a new personal one where no one I know follows me. I’ll reblog anything here really but I’ll also be making personal posts too. Welcome to a mess of a blog I’m sure, follow if you want i guess <3