Wei Wuxian a.k.a. Grandmaster of Troublemaking

hi, i’m a really big fan of sugar daddy/dom wei ying fics, but most of the fics under these tags are just smut and i wanna read a story, so if you have any recs for me pls sound off 🥺

Hey, this if my first fanart in this account. My other one was deleted so here I am (again). I hope you like it and well, follow me or reblog me if you want. I’ll be so grateful if you do it.

me noticing that a dumb mdzs shitpost I made was reposted on instagram without credit: haha lmao ill just dm the person and ask them to credit me or take it down

me a week later noticing that they haven’t replied to my dm but has posted recently: 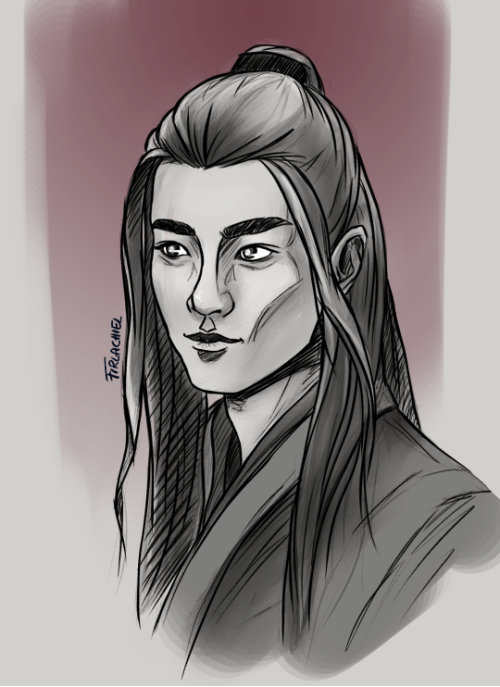 lan wangji: wei ying… come back to electrical with me

Oh my gosh this made my entire week, thank you so much! I’m actually sick rn, (not Covid, thankfully. A normal virus!) so this really made me feel better 💜💜💜

I’m really happy I bring you joy with my writing, this is my goal!! In fact, I’m planning a little something for 100+, but that will happen once I recover. It’s becaise of you guys, that I keep writing with excitement!

Thank you so much for the kind words, dear Anon! I hope you’re healthy and well! Have a wonderful rest of the week and stay safe 🙌💜💜💜

Wei Wuxian decides to wake up Nie Mingjue with a surprise that morning. Then he is in for a treat once the other wakes up to give it to him, down his throat.

So SongXiao pushing daisies au, am i right? 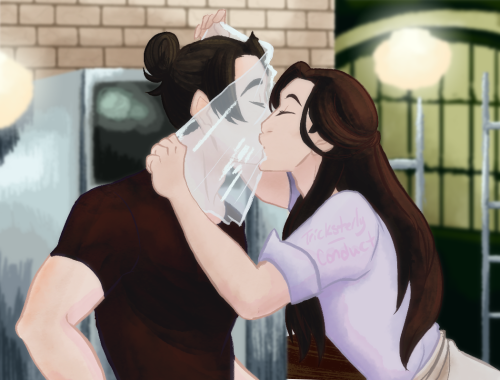 Can someone make a gif set of Wei Ying reacting to Jin Zixuan? I need this in my life

Wei Wuxian enjoying some quality time with Nie Mingjue and enjoying wrapping his lips around the other’s nipple. Especially sucking on it. Both of them love it when he does that.

This was why he didn’t like to leave the Unclean Realm, Nie Mingjue thought with dismay. Guileless dark eyes blinked up at him, tiny hands clutching at his robes.

Or: Nie Mingjue comes across Wei Wuxian before Jiang Fengmian, and decides Nie Huaisang could use a friend.

hello i am once again here to give fic ideas i will never write :)

ok so, i’m thinking pampered wangji and sugar daddy wuxian. and one day wei ying noticed wangji looking at people get their nails done on instagram and he asks if lan zhan wants to get them done and says it half jokingly but then realized wangji’s ears turn red and look down. and it is at that moment that wei ying realizes that wangji with some cute painted nails and toes would be absolutely cute and sexy.

however wangji is way too shy to ever go to a salon to wei ying asks yanli for her nail lady’s number and asks her if she can come over to his house to do some nails and offers all this money but after doing yanli’s nails for so long she’s more than happy to go over.

so wei ying just texts wangji to come over at when he has the appointment with pictures of how he wants his nails.

wangji always thought that all the art that could go on nails was so pretty and just so creative but was too nervous and also knew that maintaining nails costs money and getting them as beautiful as he seen adds additional costs and he was always brought up to not waste money on trivial things that aren’t essential so he never did.

but now with wei ying he finds himself not only wanting to indulge himself more, but also freely accept it bc of how much it made wei ying happy (along with himself)

so he goes over and gets his nails and toenails done and he realizes that peopel don’t only pay for the nails but also the experience, and soon every two weeks wei ying pays to get wangi’s nails done and they make a day out of it every time. they go out to eat, sometimes do some shopping, and other times go watch a movie.

wangji never felt ugly per say, but now he feels pretty. and likes the feeling.

when lan zhan sees his brother he tries to hide them but obviously it’s not like he can since …duh they’re on his hands. but when lan huan seems them he just compliments him and says they compliment his slender fingers and lan zhan feel 100% even more pretty than he did before and he just really loves the feeling.

what i feel lan zhan would rock (maybe reblog with some more ideas 🥺) :

OHMYGOSH, so many people are requesting UWU. ❤️ When I said the Juniors get the most love around here, I wasn’t joking! (which of course is great, our lovely boys deserve the love) A day after making a post about having 3 similar asks, appeared a wild 4th one, so here we are, killing 4 birds with one stone! From what I recall, the boys are 16 (legal in my country) but for the sake of being politically accurate and tastefully uncreepy, I’ll still age them up ~ This was quite difficult to write, since I’d never even so much as considered writing anything remotely un-soft for the boys, but I hope you ike it anyways. Somehow the softest hcs turned out to be for XXC too 🤣

Enjoy the spice, my lovelies! ❤️

P.S. Thank you all for being so kind, you guys make writing a true pleasure ✌️

P.P.S I know it took me forever to write this! i want to apologise for that, since university started, writing has become a luxury and quite frankly, writing nsfw for the juniors was nearly impossible to do 😵 Await more content in the *hopefully* near future.

Thank you for reading~

To celebrate the start of the event Happy 10.08 Zewu-Jun 2020, I have created an aesthetic! 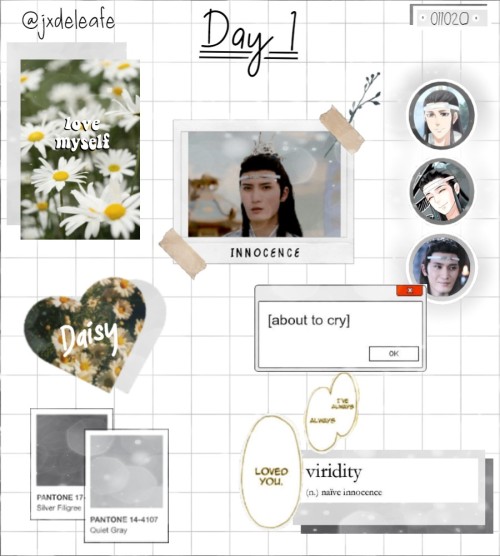 Ouyang Zizhen : How long are we going to stand here and let him do that?

Lan Jingyi : Just give him a minute

A careful stoicism decorates Lan Wangji’s smooth features, but Wei Wuxian can spot the anguish lurking in the press of his lips, the pools of his eyes. He scoots further into Lan Wangji’s lap, cradling his face and placing soft kisses on his cheeks, his nose, his cupid’s bow.

“Ah, my good Lan Zhan. I know what you’re really thinking. You’re asking if you could have done anything to change things.” Wei Wuxian angles Lan Wangji’s chin so that they stare eye-to-eye, noses centimeters apart and breaths intermingling in the cool night.
—
OR: Wei Wuxian gets Suibian back. This leads to a much-needed conversation between Wei Wuxian and Lan Wangji.

It’s far past nine when Wei Wuxian creeps back into the Jingshi, footsteps carefully light despite the weariness that laps at the edges of his body. He expects Lan Zhan in bed— if not asleep, then in light meditation, his brows slightly tightened in Wei Wuxian’s absence.

Instead, as he slips indoors with the grace of a dancer, he’s greeted with the stringent lines of Lan Zhan’s unyielding profile. Clad in billowing white underrobes and cast in the asymmetrical glow of the moon, Lan Wangji appears almost like a deity knelt at the wooden table. A sword rests in his lap. At Wei Wuxian’s entrance, Lan Wangji tilts up his head, and his constricted expression softens.