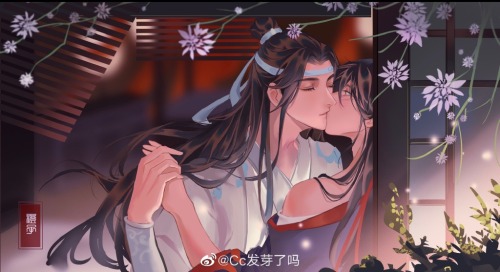 See more of this charming scene by snagging a copy of the zine today!

Here’s your first sneak peek at merch available for ‘A Thousand Lights’! The brilliant P@nda created a super cute chibi WanXian charm that has us all making major heart eyes😍

Snag this charm and more when you preorder a bundle today!

~Lan Wangji’s love for Wei Wuxian was not only romantic, It was also enduring and selfless~

Lán Xīchén arrives at a small town, in the Norther borders of Gusu to investigate a possible haunting. He seldom thinks about his sworn brothers these days.

I know he had wet nurses and everything but the thought of JC and JGY raising a child together? Priceless. Reluctance coparenting.

JGY, Master Manipulator And Evil MindTM, and JC, Daddy And Anger Issues Piled Up With A Coat, just discussing vacation times and he’s staying with me this weekend, with you tomorrow, I’ll gift him a dog; you get him a sword, is just so personal to me. 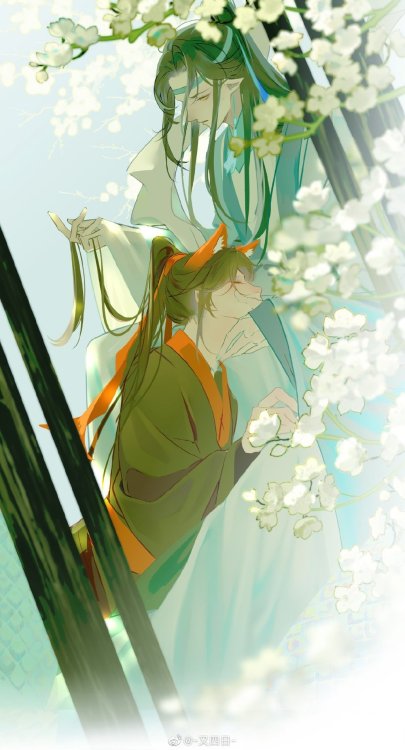 Oh…..Oh my god. That is extreme. Wei Wuxian’s body doesn’t bleed, but for the sake of being as gory as possible, let’s pretend he can bleed! I honestly don’t know if Wei Wuxian would ever go that far and I’m not too sure about his thought process, so here’s a LWJ POV!

“Wait! Wei Ying!!” Lan Wangji cries out as he lunges forward and catches Wei Ying’s sleeve before adjusting his grip to grasp onto his wrist.

“What do you want?” Wei Ying sighs as he slapped his hands away. The moonlight shines through the trees enough that Lan Wangji is able to see Wei Ying’s beautiful face.

“I’m back.” Wei Ying cuts him off and then laughs wryly, muttering, “Even though I never wanted to return……”

“I wanted to be at peace. I was fine dead. But then I was brought back to a world that hates me enough to read my memories. How can I ever face anyone now that they all know?”

Lan Wangji instantly blames himself. He was selfish–is selfish and wanted Wei Ying to come back. But…..none of them ever asked for his opinion. As a ghost, he said he didn’t want to ever return, but they ignored his wishes.

Lan Wangji kneels in front of Wei Ying, hardly aware of how he flinches back. “I’m…..I’m sorry. Wei Ying, but we’ll do better. I’ll do better. Everyone is sorry for what we did. You can come back to gusu with me, everyone wants to apologize.”

“How can I believe you?” Wei Ying whispers.

A knife pierces Lan Wangji’s heart at that. He knows…..He knows how hard it was for Wei Ying to believe anything Lan Wangji said, considering that they are……they aren’t anything to each other. “Please……..We’re sorry. You don’t have to believe us, you don’t even have to forgive us or anyone else, but—”

Something splashes against his face and Lan Wangji looks up in horror as Wei Ying gouges his eyes out.

“Wei Ying!” His voice breaks, horrified at this action. “What are you doing?”

Lan Wangji jerks forward, trying to transfer spiritual energy to him to help mend the wounds while Wei Ying struggles against him. His hands were covered in blood and the stench was horrid.

This…..This wasn’t supposed to happen. Why is everything going so wrong? Lan Wangji wants to cry to the Heavens. Was it so wrong to want to bring him back?

I want to say happy belated birthday Lan Wangji, but would it be too cruel to wish him with such a fic?

Oh, a possible explanation as to why Wei Wuxian went so far: although to everyone else, it’s been thirteen years, to him, it’s been a few days/weeks. His mental state from the moment he died wasn’t too good and he hardly had any time to possibly grieve before finding out his privacy was breached as everyone watched his memories. I wouldn’t blame him for going completely crazy.

Find out when you grab a copy of the zine today!

Honestly I’m kinda glad Madam Yu and Lan Zhan never met bc he’d have heard her badmouth WWX and instantly gone for her neck while she whips him and wonders why this punk is trying her when she’s in a bad mood, all while WWX stares in horrified awe and JC gawks.

The lovely Ali’s piece is sure to make your heart melt, with tiny Nie Huaisang and Lan Xichen😍

See more by grabbing a copy of the zine today!

Have you seen the 4 amazing bundles available for ‘A Thousand Lights’!

I’ve been watching the untamed and went back to reading the novel it’s based of off. I don’t know yet if I’ll rewatch season one of the animation and go on from there. Depends on time.