Review: Seekers of the Aweto Vol. 1 The Hunt is On

Seekers of the Aweto Vol. 1 The Hunt is On features some amazing art but a narrative that doesn’t feel complete and fleshed out #Comics #ComicBooks

Xinyue discovers the offspring of a deity that creates aweto and becomes its caretaker struggling to keep it safe.

Seekers of the Aweto Vol. 1 The Hunt is On is the first of a four volume series.

Top New TPB/Hardcover Releases for the Week of March 3rd, 2021. 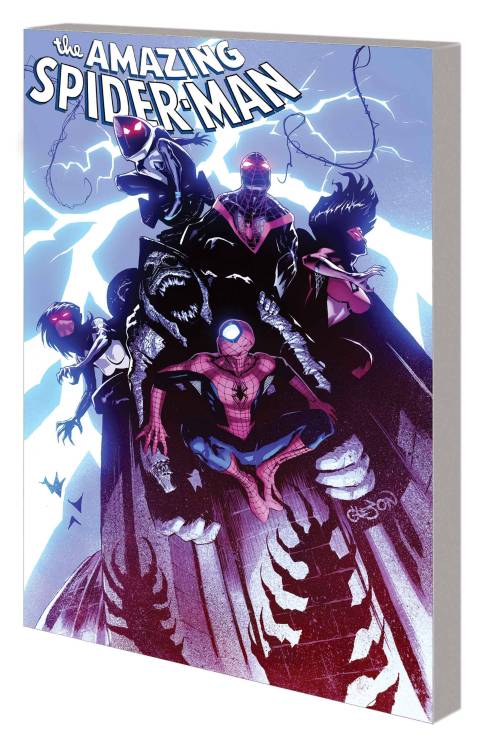 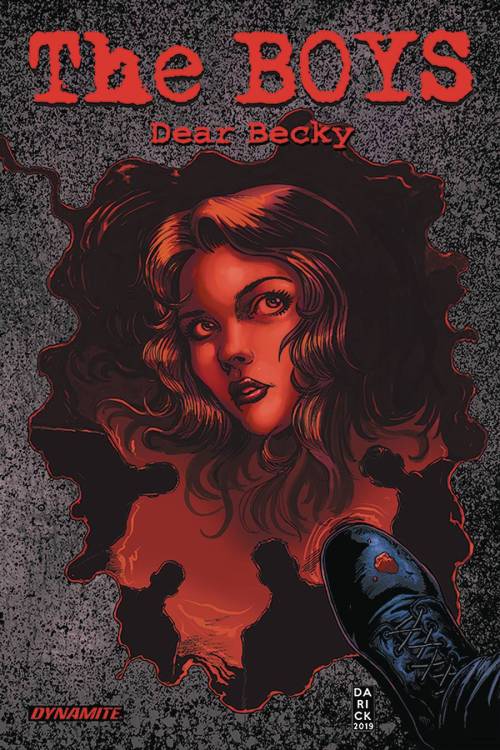 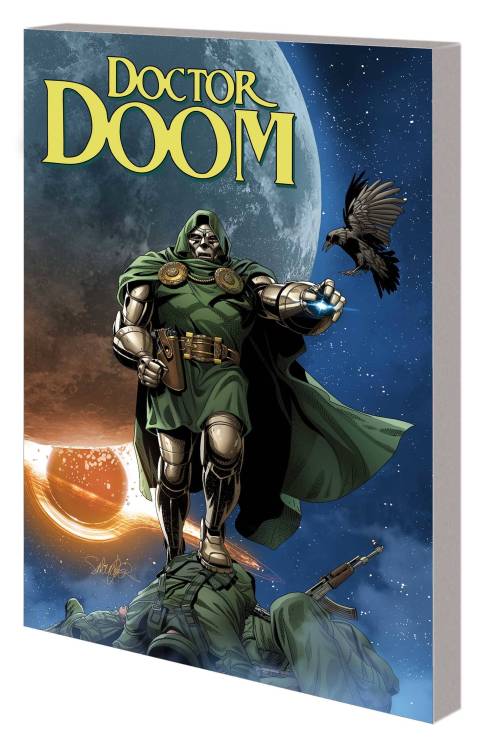 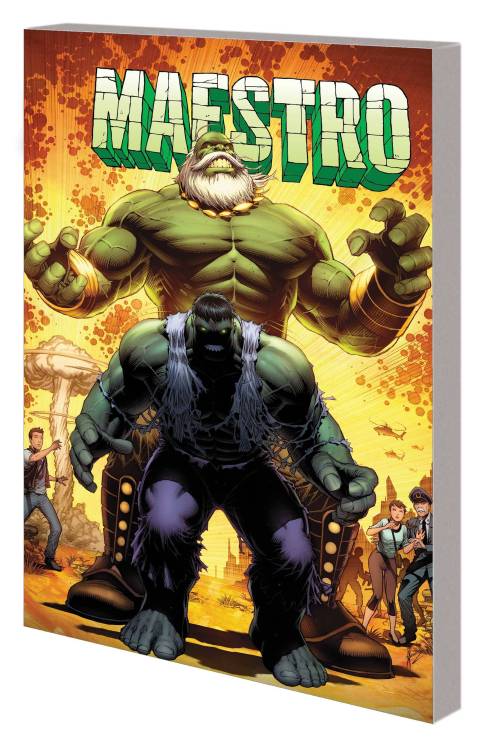 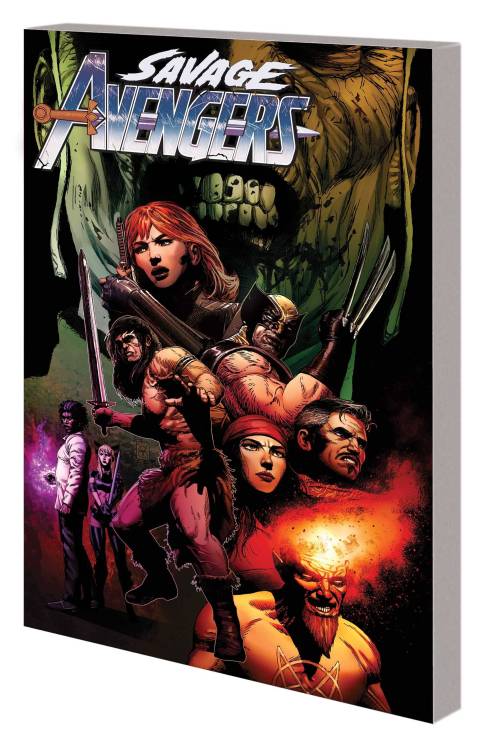 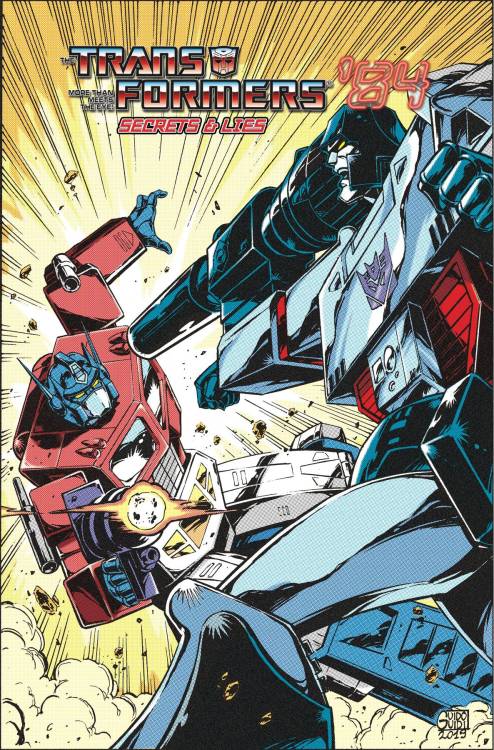 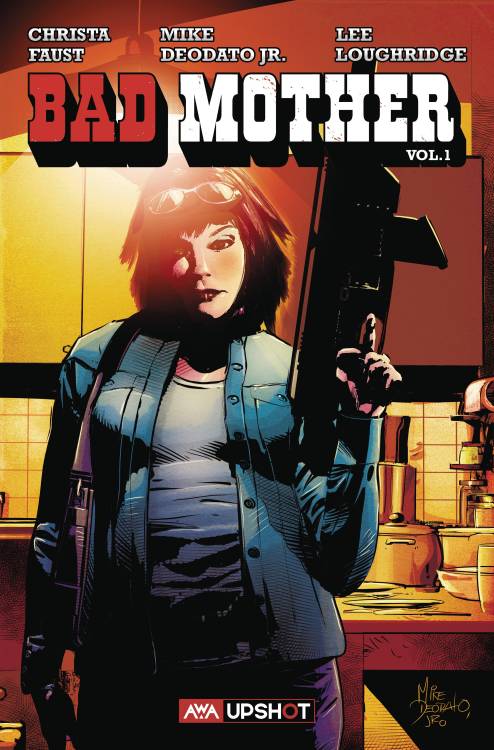 A closer look at a panel from this week’s new Apeiron page.

Breaklands Vol. 1 weaves together a strong, albeit familiar, narrative but the world created doesn’t do much to support the story #Comics #ComicBooks

The first story arc of Breaklands is being collected in trade paperback for the first time. This genre-bending adventure series, written by Justin Jordan, was developed by Dark Horse Comics and digitally published as a ComiXology Original. The story is set in a dystopian future where people have developed psychic powers. These psychic abilities have become a part of nearly every aspect of life.…

Will Eisner: A Contract with God and Alice

To celebrate #WillEisner week, learn about the artist’s daughter and how she inspired the creation of the first graphic novel.

Her Father’s Daughter
Will Eisner with baby Alice (1953/1954)
Alice Eisner was born on October 21, 1953, and according to her mother Ann, “Alice was very much her father’s daughter. She had his temperament and compassion. Whenever she heard on TV that someone was starving, [I] had to send something” (Andelman 2005, 130). Despite Ann’s role as the disciplinarian, Will could not resist Alice’s…

After narrowly escaping an uprising that claims the lives of her parents, Wika, the last of a royal line of fairies, must evade the assassins on her trail long enough to discover the secret of her lineage. Uncover Thomas Day’s first comic book story – a dark…

Star Wars: The Rise of Skywalker

Faithfully bringing events from the film to the comics page! Read along in The Rise of Skywalker as Poe faces the challenges of leadership, Finn and Rose make impossible decisions for the greater good, and Rey finally confronts her destiny. The true threat to the galaxy is revealed…

Anyone know any good comic books or graphic novels that are super fucking queer, please let me know :))

Guys this book was hella good 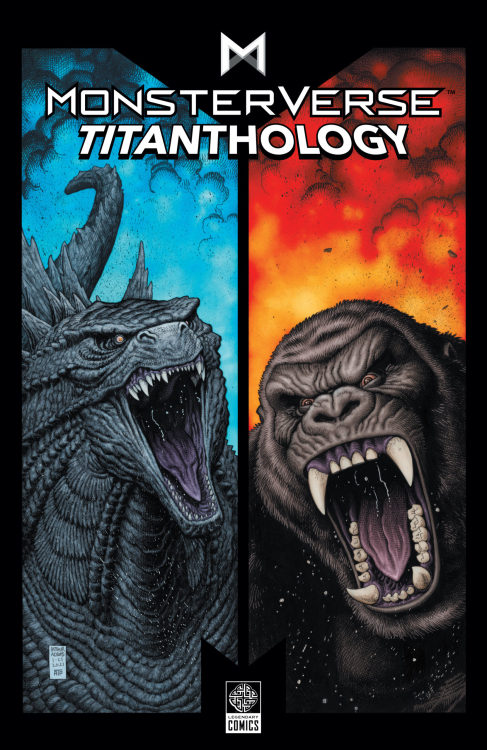 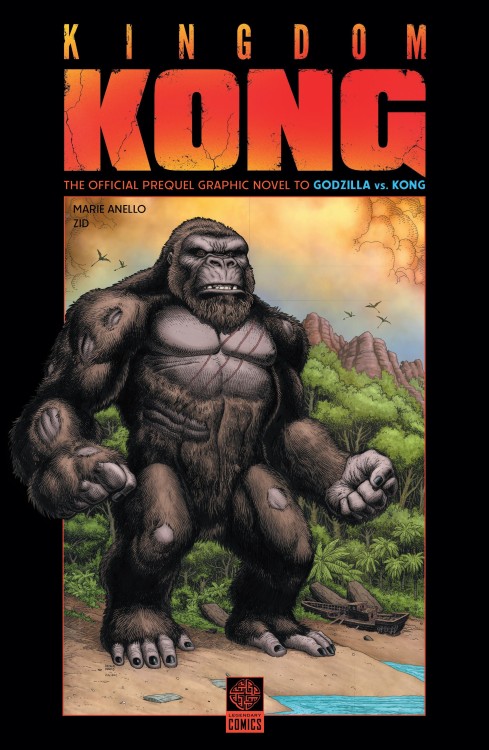 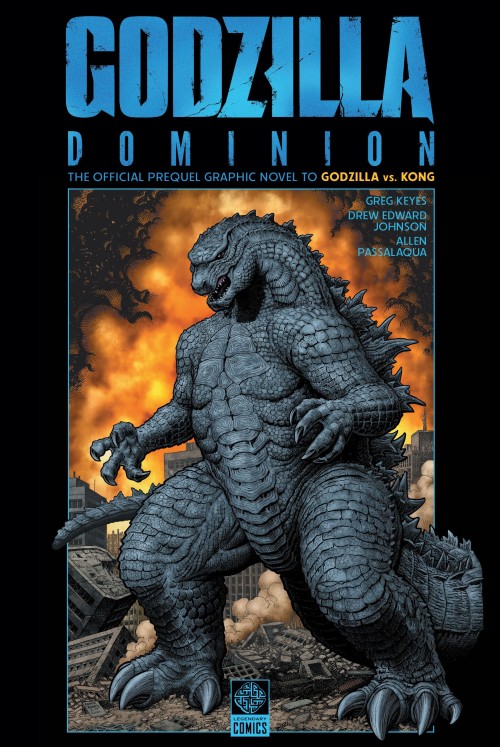 March TBR! This month has more comic books and graphic novels on it so I’m very excited. I was having a hard time actually sitting down and focusing on reading so hopefilly these will help. I only finished one book from my February TBR so I’m hoping March is better!

Today on the blog, I’m delving into the wonderful world of Shonen Manga! If you’re interested in seeing my previous post on Shonen Manga click here!

For those who are unfamiliar with the term. “Shonen Manga” is aimed at a teenage male target-demographic readership. Shōnen manga stories are action-packed and may feature different themes, such as martial arts, robots, science…

You know what I am tired of adults dismissing graphic novels.

‘I just want my kids to read REAL books’

'My kids only read these because they’re lazy’

If you like reading graphic novels, I, your friendly neighborhood librarian would like you to know that:

Graphic novels are real books. My head hurts when I start to think of the implication that fake books exist. *cries in librarian* don’t start, Patty, i’m too tired

READING GRAPHIC NOVELS IS NOT LAZY. It’s just not and I don’t need to explain myself because this whole argument is just trash

2. Illustrations do not make graphic novels lesser than books with text only

3. Reading graphic novels is not lazy

2. Illustrations do not make graphic novels lesser than books with text only

3. Reading graphic novels is not lazy

And if you really want to upset someone who disagrees, try listening to the audio version of a graphic novel if you can (◡ ‿ ◡ ✿)

#next time a parent tells me that graphic novels arent real maybe i'll drop it on their toe and see how real it is then#😌🌼#librarian#librarian problems#graphic novels#is this the hill i choose to die on????#i wouldnt be surprised tbh#also audio graphic novels are *chef's kiss*
2 notes
lostontheway
Text

Reading with Robin: Midnighter and Apollo

Reading with Robin: Midnighter and Apollo

Hey there, everyone! Welcome to another installment of Reading with Robin! As a librarian who loves to read, I also love to talk about books and connect other readers with books they can fall in love with. In these posts, I’m going to talk about what I’ve been reading, what I liked about the book, and who I’d recommend the book to next.

This entry’s book is: Midnighter and Apollo written by…

Dark Horse Books and Nickelodeon have revealed a new line of books for the smallest fans of Avatar the Last Airbender in the upcoming book line Avatar: The Last Airbender—Chibi, launching September 2021!

Avatar: The Last Airbender—Chibi launches with Aang’s Unfreezing Day. When Aang was frozen in an iceberg for a hundred years, he managed to forget his birthday! Luckily his friends Katara, Toph,…

Preview: Seekers of Aweto Vol. 1 The Hunt is On

Seekers of Aweto Vol. 1 The Hunt is On preview. Xinyue, his brother Qiliu, and their mother are seekers, hunting aweto - a rare, plantlike treasure - along the legendary Silk Road. #Comics #ComicBooks

Seekers of Aweto Vol. 1 The Hunt is On

Xinyue, his brother Qiliu, and their mother are seekers, hunting aweto – a rare, plantlike treasure – along the legendary Silk Road. After one outing, Xinyue discovers the offspring of a deity that creates aweto-and becomes the little creature’s reluctant caretaker. He soon struggles to keep it safe…

Speaking of British Invasion comics, as we were yesterday, and of Justin Murphy’s Salon des Cancelés, as we were last week, I give you this quotation—and I semi-apologize for the bad phone scan, but I’m not typing all that out.

Ebert is a popular YouTube theorist and an author of both traditionally- and independently- published books. I first heard of him only last month, and then I noticed he was ubiquitous on the independent intellectual side of the online world. I even heard reference to him in the polite purlieus of BookTube—amid the theory, he has good videos on Pynchon and McCarthy. Has he actually been cancelé? As far as I can tell, it’s more that he doesn’t engage with culture on the now-requisite sociopolitical level. Like certain old-fashioned liberals, he both talks to anyone of any ideological persuasion and takes a hard line on free speech; but his own politics, as far as I can tell, are simply what “liberal” used to be, when liberalism was much more open to material like Jung than it is currently, now that the main agenda appears to be gentrifying Marxism and separatist identity politics for the benefit of corporatism, not that they didn’t used to manipulate headier stuff to similar ends (power does what it can with what it finds to hand—no art or philosophy is perfectly safe, though no art or philosophy is totally compromised either).

Anyway, alert to signs of life in independent publishing, I decided to check out one of his many books, and where better to begin than the one on graphic novels, a special if vexed interest of mine. He interprets the graphic novel—an evolved comic book that, like other evolving lifeforms, grew a spine—as a typical product of a late-stage civilization, a visual narrative about “the soul’s conquest of evil.” Ebert adduces precursors like The Books of the Netherworld in 1500 BCE Egypt and the palm-leaf manuscripts of the late Mughal period in India, periods when an exhausted high culture’s final expressions came in the forms of lively picture stories. He further argues that the graphic novel is an essentially adolescent form concerned with “the quest of the self to construct an identity in an age of liquid signifiers,” which fits with the well-known fact that the two most prominent genres of American graphic novel are the memoir and the superhero saga, both of them focusing on the bildung of a young protagonist. In his “World Clock” survey of 24 graphic novels, Ebert makes one excursion to Europe—to talk Moebius—and two to the U.S. indie scene—Charles Burns, Chris Ware (whose Jimmy Corrigan he overpraises as the graphic Ulysses)—but he mostly dwells on the Anglo-American mainstream and the superhero genre he interprets as a psychological immune system of postmodern myths to guard the metropole. Interested only in the post-1970s so-called Dark Age of Superhero Comics, the epoch of the genre’s maturation, Ebert sees the superhero as protecting and assembling a postmodern world in the ruins of those modern master narratives in which no one can believe:

In a way, every graphic novel is always already situated on the inside of the world space that Thomas Pynchon, as a great visionary artist foreseeing what was coming, had already imagined in his novel Gravity’s Rainbow, a work of literature that forms a transition—in a manner similar to the way that Don Quixote was transitioning from the horizon of the Medieval world to that of Modernity—from the world space of the utopian novel to the crumbling world ruins of the graphic novel which situates its various giant humans amongst the strewn rocks and shattered rubble of its collapsed structures.

He unsparingly observes the rise and fall of the ’80s generation writers, as it’s clear that the work of Moore, Miller, and Gaiman isn’t by the 21st century what it once was—the form’s adolescence strikes again. (I was surprised by the book’s relative lack of Morrison, represented only by Arkham Asylum and We3, given the shared ground of occultism.) Ebert has a habit of imposing theory on his chosen critical objects rather than unfolding significance from the specificity of the text—is Watchmen really about the resurfacing of Meso-American cultural practices according to which the mask consumes its wearer?—but he’s always psychedelic and often gets the balance right.

The passage above interests me because, though I’ve never been a Heideggerean, it finds that uncanny core in Sandman that Gaiman never really reached again. Also because I once wrote a paper on the politics of Sandman that centered on “Thermidor.” This was 2007, and I couched it as a critique of American liberalism’s Bush-era self-congratulating self-designation as “the reality-based community.” In my reading, Gaiman exposes this faith in reason’s untrammeled access to reality as itself a modern myth—a deadly one at that. On the other hand, Gaiman’s overall point in Sandman is that the new god is a better (because more humane) one than the old, so the Enlightenment faith in progress, and the Christian narrative it arguably reprises, survives in his epic. I think the line in my paper went something like this: “To oppose the Terror is not to oppose the Revolution.” I wouldn’t put it that way now, but I also wouldn’t rule out a priori our making a future better than the past. 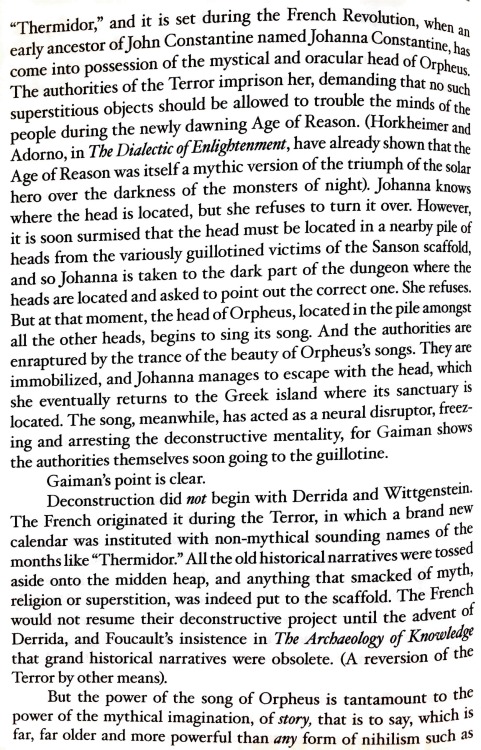 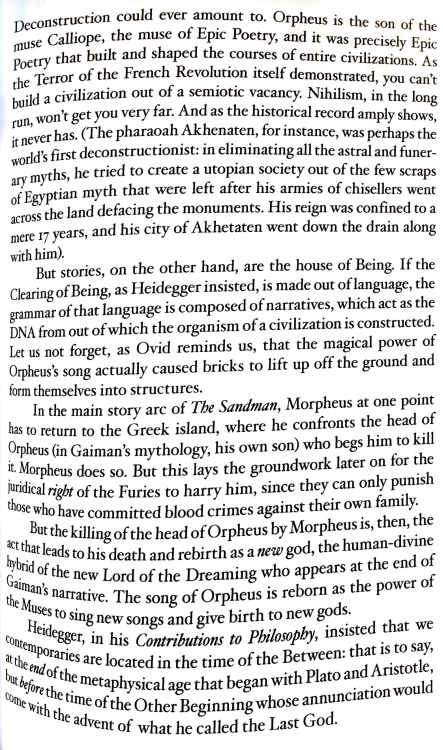