Trending Blogs
#green lantern
dc-incorrect-batsChat
Batman: Spread out, look for clues
Hal (muttering): What does a clue look like?
Barry: I’m looking for a footprint or something.
Hal: Have you found one yet?
Barry: No. But that’s probably because I haven’t moved from this spot.
Hal: Maybe we should move, pretend we know what we’re doing.
#hal jordan, #barry allen, #green lantern, #flash, #batman, #bruce wayne, #batfam, #incorrect quotes, #incorrect dc quotes, #incorrect batfam
1 notes · See All
comicsiswildPhoto 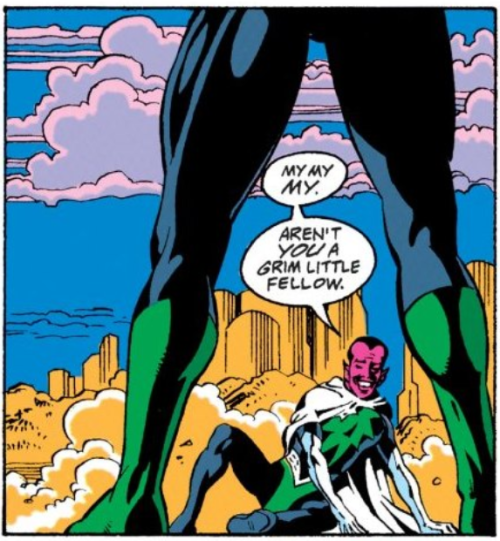 Ten minutes in and it’s already a better Man Of Steel, Green Lantern and Justice League interpretation! I thought it was going to be too childish for me, but thankfully it wasn’t like that. It’s a good complement to the DC Universe; they tend to shine better in animation.

🎃Halloween With The Lanterns🎃

A/N: Happy Halloween! Halloween snuck up on me this year and it’s always been a favorite celebration of mine. (Granted this year, I didn’t even buy a pumpkin.) Here’s some Lantern Headcannons mostly surrounding my unpreparedness.

Hal: Oh, you’re fine? That’s good. I’ll put that on your tombstone. “He said he was fine. He was wrong.”

Guy Gardner one of the few man I had the honor and displeasure of knowing,John can back me up on this.

Right know me and John are staring at a beaten Hal,a blood soaked Guy and a tired looking Kyle.I should be used to there shit after years of being in the Corps but they never stoped surprising me. “Y/n” “Y/n” you there". ‘Ya John’ 'Did you know about this? 'Hell no I would have told you if they where going to try to get themselves killed’“We didn’t’ Guy pipe up.We stared at him again.

First fic please feel free to leave comments on it or help with format this is my first one.Thank You,There should be more green lantern x reader. 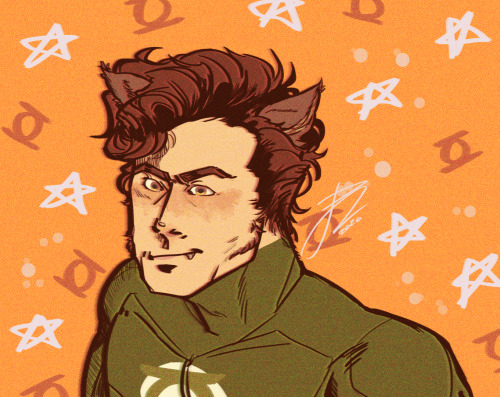 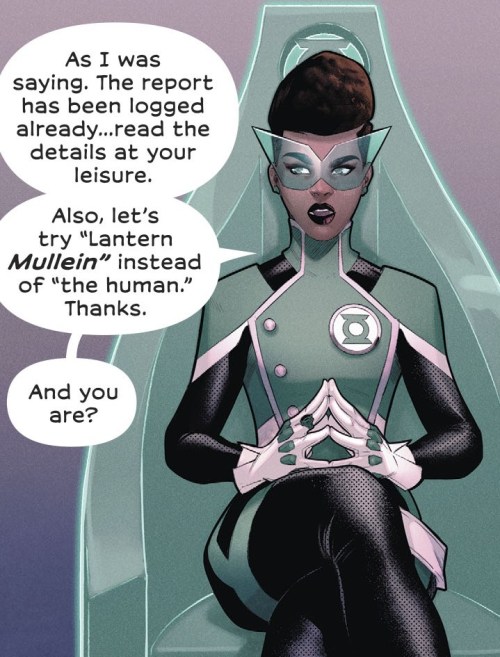 “Ya do this every two years! It prolly wasn’t big on his priority list, man.” 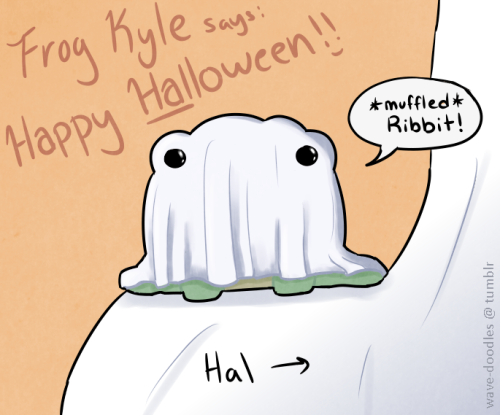 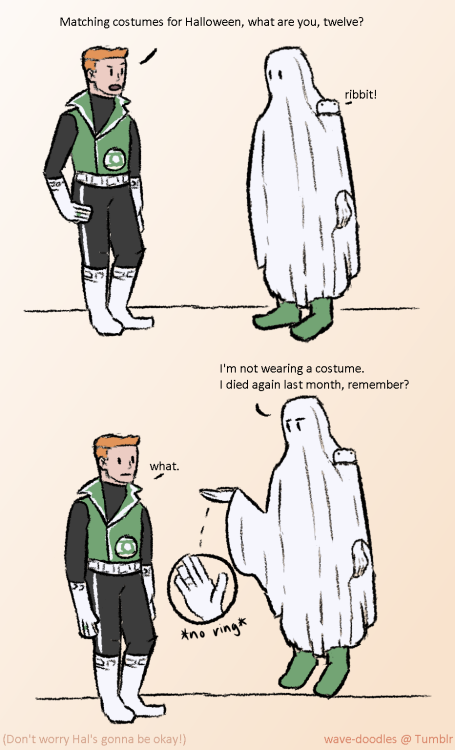 Got sad after reading injustice year 0, still have feelings about this disaster legacy/space family.

Even though I really loved the Harlivey marriage, cute stuff. And the joker almost getting murdered by Ivey, nice… 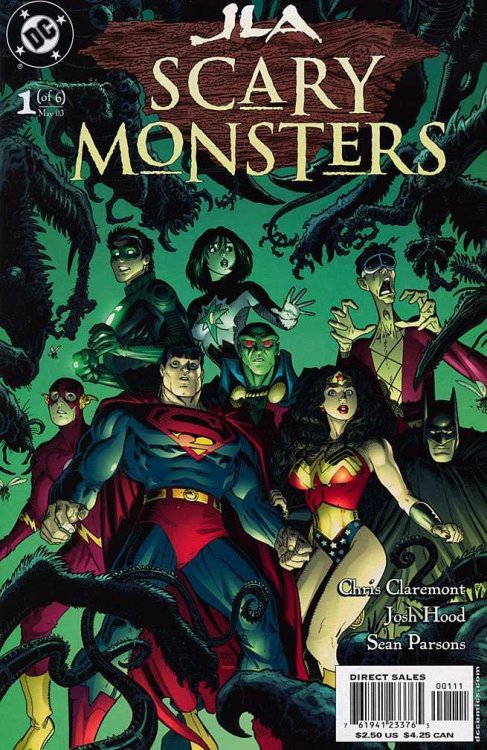 A number of individual covers related to DC Future State were released when the event was announced, and these two cover for the new Justice League were my favorite. The first is by Dan Mora and the second variant is by Kael Ngu.

Obviously the art is great, but I am also just super excited about these line-ups. I’ve said it before, and I’ll say it again, I love when mantles are passed to new characters and here we now have Jonathan Kent, Yara Flor as Wonder Woman, Jo Mullein taking front-and-center as Green Lantern, Andy Cullen having grown into Aquawoman, and a mysterious new Batman and female Flash. This is probably the most boring choice, but I’d be happy with Damian Wayne being Batman.

I can’t wait to learn more about this team and to see them in action! 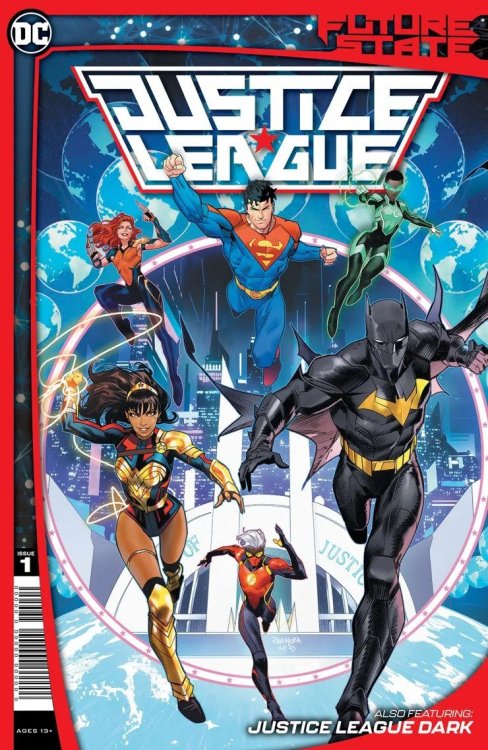 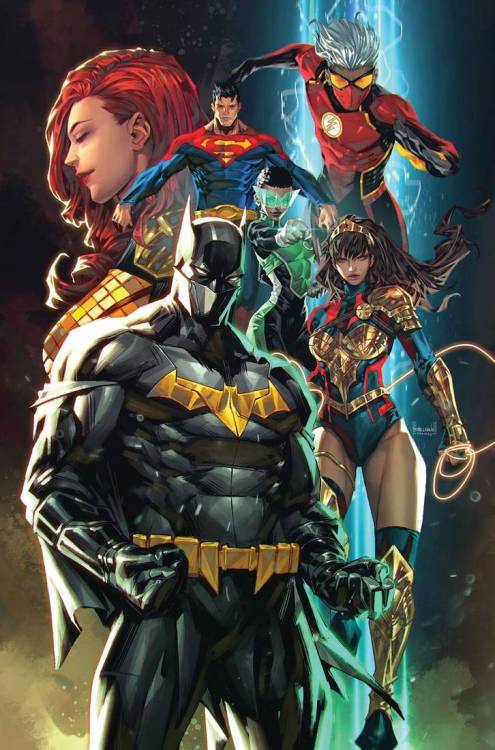 sentinel alan babey cause its his best costume 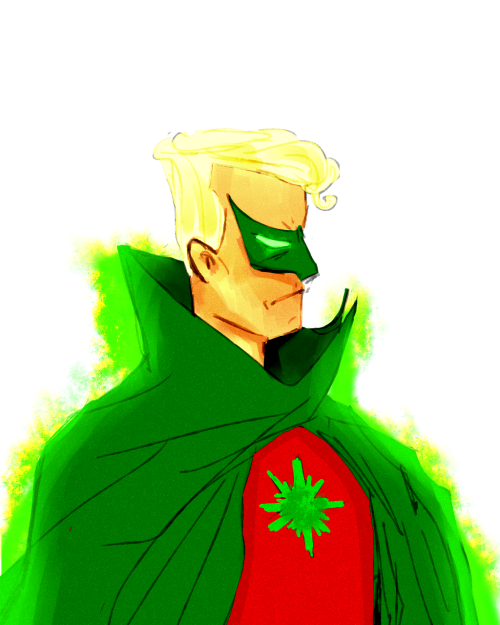 #alan scott, #green lantern, #sentinel, #jsa, #dc, #u can reblog, #doodle, #this took soooooo long lmao idk how to draw ppl in profile, #yes i would also fight myself for the costume opinion but unfortunately ron wagner changed the game
7 notes · See All
hyperdcPhoto 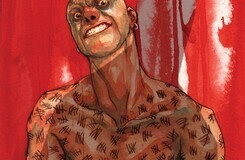 The Yellow Lantern known as Karu-Sil was born on the alien world of Graxos III. Her family was killed by raiders and she found herself lost in the wilderness. By chance the youngster happened upon a pride of fearsome beasts. Rather than eating her, however, these beasts chose to raise her as one of their own and she grew up a member of their pride. So to better fit in with her new family, Karu-Sil filed her teeth into fangs and tore the flash from around her mouth, making her look more like the beast who had taken her in. She and her pride became greatly feared by the civilized populace living on the outskirts of this wilderness. One day, the sector’s Green Lantern came to Graxos III. He happened upon the pride and misconstrued the situation, believing the young woman was in danger from these beasts. As such he killed the beasts, believing he had saved her. A distraught Karu-Sil was taken into the care of psychologists, whom she ultimately killed and escaped. At this point, Sinestro had sent out Yellow Power Rings to seek out individuals who possessed the capacity to instill great fear. One such ring selected Karu-Sil and she was transformed into a Yellow Lantern. Yellow Lanterns possess the same powers as Green Lanterns only instead being fueled by the power of will their power is fueled by the ability to provoke terror. The newly empowered Karu-Sil’s first order of business was to hunt down and murder the Green Lantern who had killed her pride. She then sought out and joined The Sinestro Corps where she would go on to be a fierce enemy of The Green Lanterns. Karu-Sil first appeared in the pages of Green Lantern Vol 4 #19 (2007). 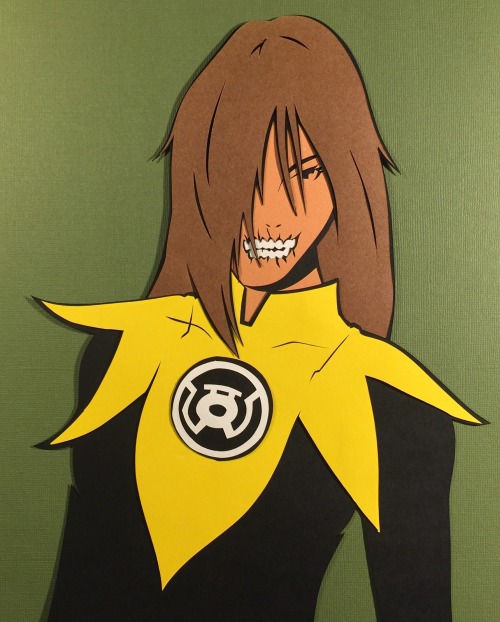 First Look: Save Martian Manhunter…or Save the Multiverse? 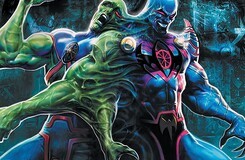 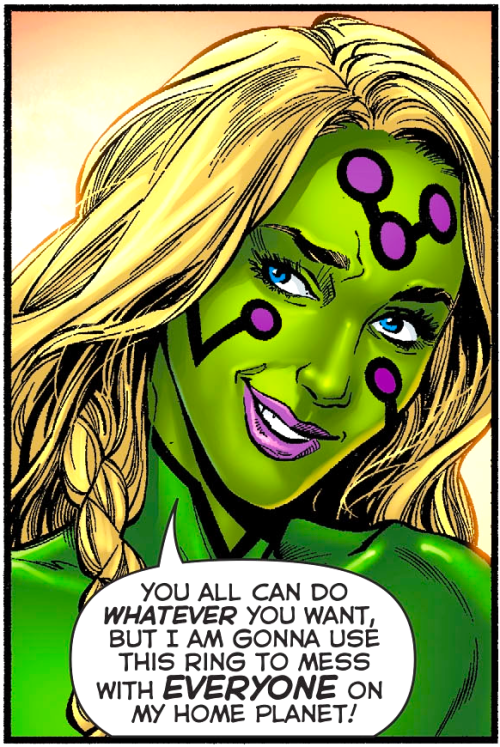 I know, right! Clark Kent/Superman calls Robin a teenager in the panel, but he looks more like newbie preteen Robin, in my opinion.

I honestly don’t know how their careers are supposed to overlap. Hal Jordan was introduced in 1959, so Dick had been Robin for a good number of years in comics. But A, that doesn’t necessarily mean anything and B, it’s always been ambiguous how old Dick was in the Golden age. Looking at later information in canon comics, he’s usually portrayed as eight to ten when his parents were killed (though he’s been written as older a few times).

Hal Jordan was one of the founding members of the Justice League when it was introduced in comics in 1960. (Disclaimer – I don’t know anything about different retcons of the League’s or Hal Jordan’s history.)
While the Teen Titans started in 1966, and Robin was still called the Boy Wonder in comics in 1960, not the Teen Wonder. That would point to that Dick might have been younger when Hal became Green Lantern – or at least a young teenager. Hal’s near-death experience is supposed to happen “many yeats” later, and Dick should be 19 or a couple of years older since he wears his original suit.

Bottom line: I guess we will have to trust Superman, and Dick was (a young) teenager at the time.