Grell: Oh my darling bassy~ You and I on Halloween night… We’ll have a little date, collect some souls. Forget about that brat, it’ll just be you and me.

Grell: Oh, what a shame. I had found a litter of kittens near my home.

Sebastian: Well, I guess I could reconsider…

Ciel: I saw you hanging out with Grell yesterday.

Sebastian: Young master, it’s not what you think.

Ciel, throwing a dart at Sebastian: I won’t hesitate, bitch!

Sebastian: Good god, don’t you have work to do?!

Grell: The only thing I have to do is you~~

Sebastian: Someone end me please.

Grell: Sebastian, I need you to love me.

Sebastian: How about no, you’re far to needy for my taste and I have a young master to care for.

Ok, so I have a theory. What if Grell is actually one of the strongest reapers, so strong in fact that she can go on par with Undertaker? Let me clarify, when we first saw Grell’s true form it was during Jack the ripper case. She fought Sebastian and had the upper hand until he threw that Yorkshire wool coat at her chainsaw. Plus she was so distracted by him that he somehow managed to beat her up without her defending herself. Grell is confident, sometimes even too much, which is probably why she sometimes gets beat up. So I kinda think it’s safe to say that Sebastian won by pure luck (not that he’s any less skilled in fighting). And also, let’s not forget that infamous battle on the Campania in the BOA. She got out with a few scratches, whereas it was Sebastian that suffered a critical injury. Not to mention she did most of the fighting with the Undertaker and fought Sebastian before that after beheading so many of the undead. So don’t try and tell me she’s weak. And I also imagine that she’s putting up with the abuse from William because she’s attracted to him. I’m not saying it’s a right thing to do, I’m just saying that might be the case. And let’s not forget that they worked together before, where it was proven that she’s stronger than Will (and maybe even smarter).

That’s another thing I wanted to discuss. Characters in the show are sometimes suggesting that Grell is stupid. I don’t think that’s the case. She’s actually very witty and can be really focused at the times. But again I think it’s her fiery nature that sometimes clouds her judgment.

here’s an hour long playlist I made for Grell.

Grell watches her own reflection in the mirror, seeing every little detail of her appearance. Although she wears the beautiful, blood red dress she has dreamed of, made her make-up with more care than usual and her long hair reaches down to her back, like she loves it the most, she isn’t happy with the reflection on the mirror.

Her voice is more quiet that usual, it is as depressed as it had never been before, no happiness lies in her eyes.

The tall, handsome man behind her, dressed in an expensive, noble suit looks at his lover, wearing a dark expression as he heard her broken voice. In a soft voice he answers:

The shinigami’s throat feels drie, her voice trembles even more as she asks the question she is so afraid of:

The answer comes fast, like a bullet, without any hesitation, without any warning in advance. Grell‘s eyes look down at the floor, almost tearing up. She bits her lips and curses her own body, knowing that her wish will never come true. Just as she feels a sharp pain in her chest, something she shouldn’t feel as a shinigami, a hand gently grabs her hip, pulling her closer to the demon, while another hand is placed at her chin, making her look up into her lover’s dark eyes. Sebastian’s thumb carefully strokes her cheek, his eyes lock with hers. Grell blushes as his face comes closer to hers, she doesn’t know what he is thinking right now, she can’t tell it from his face, as always.

He pulls Grell even closer to him, puts his one hand on her back and moves his other hand on the back of her head, embracing her gently. Grell’s green eyes widen, as she processes what she just heard. Sebas-chan sees her…Sebas-chan recognizes her as what she wants to be.

She only whispers his name, looking surprised for a few more seconds, before a smile appears on her face. She puts her hands around her lover’s necks, just like in a dance and lays her head against his head. The demon looks down at Grell, pulling away the hand on her hand and instead offering it to her. He asks in a low voice:

‘Would you allow me the honour of this dance?’

Grell takes his hand, looking up, and answers:

The Enemy of My Enemy is My Friend

Title: The Enemy of My Enemy is My Friend

Series: When No is Never Enough

Excerpt: Grelle stands in the bathroom of her small apartment, the lights dim as she stares at her reflection in the mirror. She notes the dullness of her green eyes that were once so bright and the dark bags that grace them due to her sleepless nights; Grelle would rather lay on the cold tiles of the bathroom floor than sleep next to Sebastian.

SEBASTIAN AND GRELL IS MY SHIT

#black butler, #sebgrell??, #What even is the fucking name, #grell x sebastian
2 notes · See All
blackbutler-confessionsPhoto 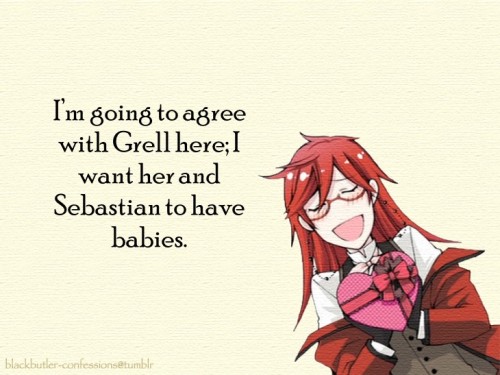 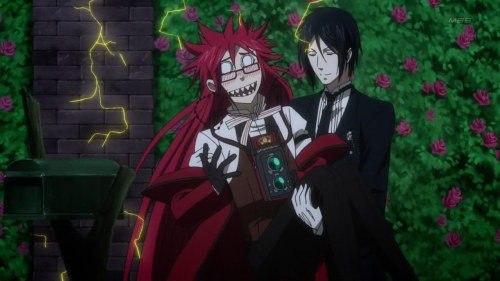 Just imagining how much Grell is going to HATE Claude makes me giggle.

Because how DARE anyone fuck with HIS BASSY!!!

I love Grell so much lol

someone take photoshop away from me 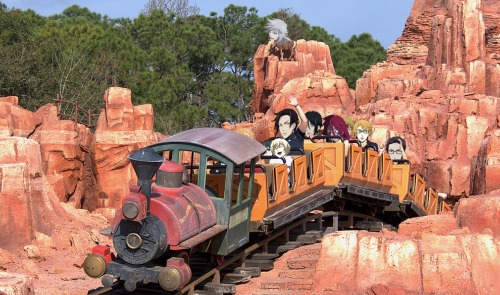 When I see my favorite pairings…. Don’t lie you do this too.

MY HEART BURNS IN LOVE FOR YOU MY SWEET BASSY!!!