So i totally forgot to post my inktober here haha ^^”

A cougar mother with her cubs 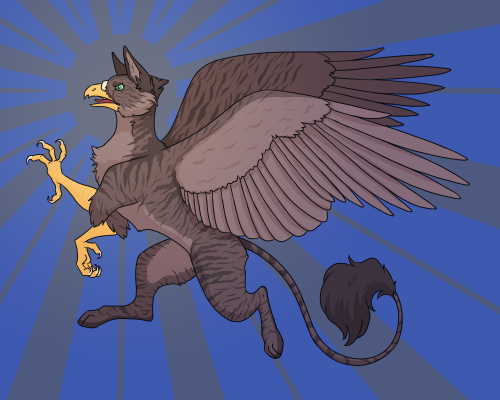 Thanks to @oc-growth-and-development for prompt

Being a griffin shapeshifter, Karen has the appetite of a large lion, regardless of what form she dons. She is not 100% carnivorous, and having a human form lets her enjoy some stuff that might not be wholly good for a griffin, but a good hot barbeque is definitely her favourite food and it takes a lot to fill her up.

I figure with a beak, berries, grain, nuts and the like are acceptable for diversity, but as a point of pride Karen enjoys the mystique of being carnivorous. She does not have a high opinion of herbivorous magical creatures or mystics. Boston Art Deco Griffin. Not detailed enough. From my 2017 visit. 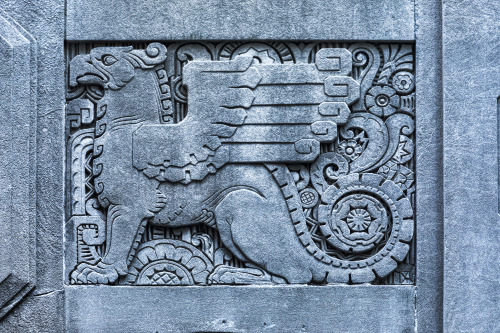 Was messing around with writing a scientist view log for a griffin character in my urban fantasy story. Since they can shapeshift, it was fun to imagine the behavioural quirks that might be expressed.

Behavioural Distinctions: Despite her origins, C-394 does not operate from a human mindset. Her mental state and behaviour display many mannerisms and instincts befitting an anomalous predator, including:

-Frontal vision- Rather than moving her eyes to follow objects, C-394 follows with her entire head as befitting a creature with avian vision. She also benefits from Tetrachromia as a Gryphon, and so can perceive additional colours.

-Prey- C-394 considers sheep and other herbivores to be a food source, and is likely to attempt hunting again. Her guardian should be fully briefed on the importance of keeping her sated.

-Food Choice- When presented with a buffet of cheese, chocolate, ham, biscuits and grapes, C-394 ate only the ham and requested more before she was finished.

-Dominance- C-394 will always attempt to appear larger than another individual. In gryphon form she will use her wings, fur and stance to suggest greater size. In human form she is likely to stand or climb on things. Extended eye contact also provokes an aggressive reaction. -Note- Extended eye contact tends to provoke that in anyone. -Kirk.

-Claustrophobia-C-394 becomes stressed in spaces smaller than 25 feet across. This is common among gryphons, though she has little experience dealing with it and is more likely to act irrationally as a result.

-Bunting- When reunited with her father, C-394 immediately headbutted him numerous times to help mark him as hers, a bonding tactic seen in felines, including Guard C3.

-Sharpening- C-394 often scratches matter in either form in an effort to return claws to a sharp state.

-Locomotion- C-394 occasionally crawls on all fours when Veiled rather than usual human gait. Stairs seem likely to provoke this behaviour.

I don’t post them much but I LOVE drawing gryphons. 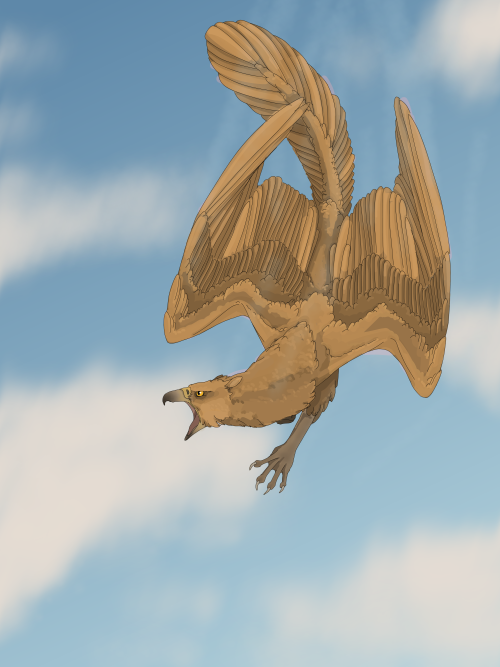 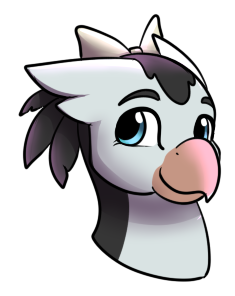 Look at these nerds

@literary-ly this is indirectly your fault

i didnt think the day would ever come where i would draw and post catboy griffin but he’s been at the back of my mind for the last few days and i cant take it anymore, i have to share this hell with other people

#gothic romanticism bastards, #romanticism boys, #mad scientists, #griffin, #ethan griffin, #im not puttinf this in the main tag, #also i still dont have a new sketchbook and :[ big sad, #i was going to draw griffins fursona (just a full on cat that looks nearly identical to fluffy) but my brain is on Perfectionist Mode so, #the second i messed up i just gave up :/, #anyways, #no thats really it, #this post is going to haunt me
24 notes · See All
betweenwhat-and-whatText

honestly i havent been having as many self harm urges since i started stick and poke tattoos. guess its just painful enough to give me them endorphins??

Heads up that this is going to be a two parter, since this would be long as hell if I were post everything at once ^-^;

Took me a few days to finally get this fluff butt lined and colored, but I’m really happy with the final result! I threw Tristan in after some thought just so there’d be a sense of scale (I headcanon Tristan to be about 6 feet tall, not including his horns). Color and design-wise, I referenced the speckled pigeon and caracal, the latter especially for the ears (for which I don’t really have an in-canon explanation; I just think they make him look distinguished XD).

This is all I’ve ever wanted in life.

Missing hubs, he is downstairs

Poor Griffin puts up with Monty’s hellish temper. Not as if he as much of a choice

Also thank you all for your support during my depressive episode. Means the world to me❤️ 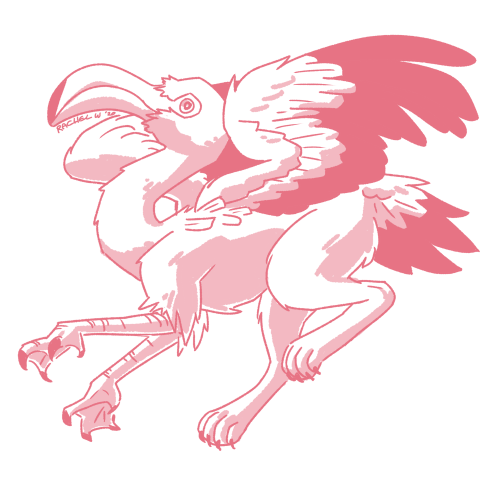