☁️ he is 100% losing sleep over the thought of kissing you

☁️ old man katsuki is laying awake on his bed

☁️ he can feel his cheeks heating up

☁️ “what’s got you all distracted, bakubro?”

☁️ and denki cuts in, from a safe distance ofc, he doesn’t want his ass beat for the fifth time this week

☁️ but he just sits there??? mumbles a shut up from behind his hand that’s holding his head up on the desk

☁️ before he can kill anyone, kiri calms him down, as he does so well

☁️ katsuki explains to him, quietly, that he wants to kiss you

☁️ it’s your day off of classes; he felt now would be the best time to invite you over

☁️ when you finally come over, he explains that he “needs to teach you how to study, dumbass”

☁️ and you’re smiling shyly, because holy shit your crush just invited you to his dorm?? and you’re gonna study??? together??? less than six feet away from hIm??

☁️ things are going smooth, you’re goofing off a bit to make him laugh, but he can’t find the heart to be mad at you

☁️ after taking a much needed social media break, you both are back to working out a math problem

☁️”Baka…” he calls and you hum in response but don’t look up. “Look at me”

☁️ you almost gasp because his eyes are so soft

☁️ his eyebrows aren’t furrowed, his cheeks tinted pink, and there’s a soft smile playing at his lips

☁️ your heart RACES as you see him lean forward a bit

☁️ he’s taking your cheek in his hand, and it’s so warm you lean into his touch and he almost whimpers at the motion

☁️ your eyes don’t close, you watch him as his eyes flutter close and he leaves a soft kiss on the corner of your mouth

☁️ he pulls back and inspects your face, trying to see any trace of hesitancy, disgust or anger

☁️ all he sees is hopefullness, and some cute as lips he desperately wants to get lost in

☁️ “if you’re gonna kiss me, do it right” you say in a fit of bravery

☁️ he sucks his teeth, before leaning all the way in and capturing your lips between his

☁️ your hands are resting on your knee, before they reach up and around his neck

☁️ your lips are moving, eyes closed, and fuck is the room spinning?

☁️ he so desperately wants to pull you in his lap, but he doesn’t wanna scare you off so he settles with keeping his hands on your waist

☁️ your shirt has rode up a little, and his thumb and pinky are touching your bare sides and it’s driving you both crazy

☁️ you part ways, desperate for air, but stay close, foreheads pressed together

☁️ eyes are still closed, and he moves his hands, removing them from his neck and tangles your fingers with his

☁️ and as he’s walking you back to your dorm after curfew, he can’t help but think about the next time he gets to taste your lips

~ i really hope you guys enjoyed this as much as i did! please like, reblog and comment if you liked it! requests are open if you wanna send anything in!!

Would you help me to choose one of these options? 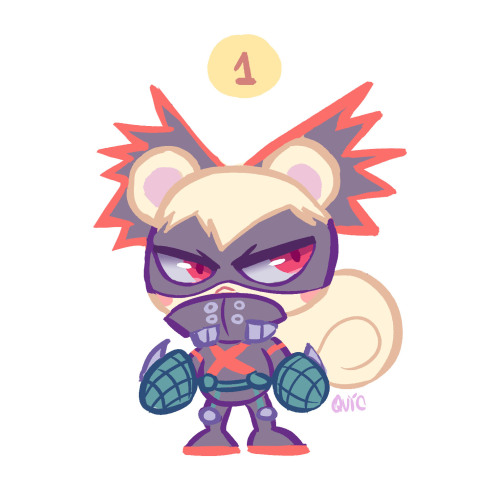 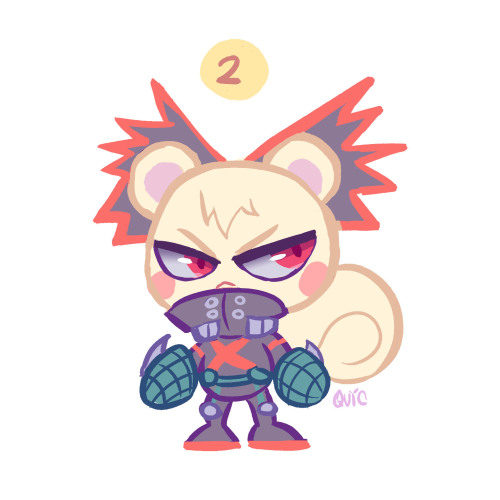 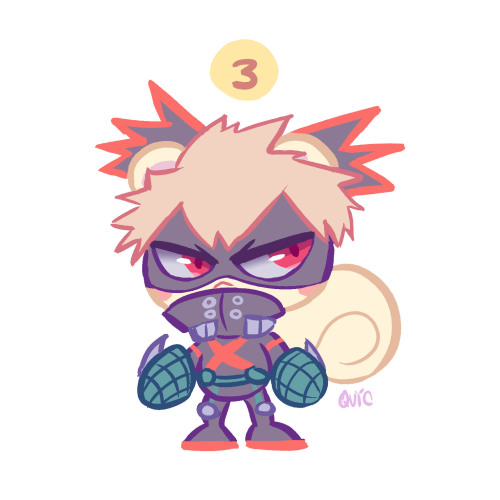 kirishima: bakubro imagine how funny it would be if we started dating

bakugo: why would that be funny, shitty hair

kirishima: oh so i guess you’re just not manly to follow throu—

bakugo, grabbing his hand: the fuck are you staring at dumbass

i don’t mean to be one edgy bastard but has anyone realized that our three protagonists (midoriya, bakugo, todoroki) are all, in order, speak no evil, hear no evil, and see no evil?

“Hellooooooo I’m back with another request!!! How about Bakugou (sorry I’m absolutely in love with this boy 😔) with a s/o that is rlly clumsy and he learns to adapt to their clumsiness!!!! Thank you! Hope you’re doing well :))”

yayyyy another request!!! I’m also quite clumsy (so is my bnha oc that I ship with bakugou for various reasons) so I relate to this request!

- He doesn’t really need much time to adapt

- When you struggle to reach for something or fall of a ladder, he’ll be there to catch you

- He LOVES acting like your prince charming when you fall

- It also gives him another way to tease you

- He’ll laugh at you if you fall off the couch or your bed, something of the sort

- If you trip and fall, he’ll help you up

- The only think that really annoys him is that you get hurt more often, and he obviously doesn’t like that

- He doesn’t like to joke around about things like that, so he’ll take your klutzy nature seriously most of the time

- That’s really the only thing that bothers him

- If you’re brave enough to spar with him, he will take advantage of your klutziness because he wants you to get used to it

- He wants you to learn how to get past it in fighting so you can improve. It’s purely out of love!

Hope you like my hcs and thanks for requesting again :D <3

♪ Yeah, I got issues

And one of them is how bad I need you.

FINALLY! Tumblr kept failing to load the video, but now you can watch it here properly.

(SOUND ON) 👀 look what I found out what I can dooooooo. Also gives you a peek at what’s in store for u all during #Kacchako week! Also PLEASE do not edit, steal, or trace my work. You have been warned

Summary: In an age of quirk-marriages and the need for quirk-compatibility, a young woman with hopes of alleviating her parents’ financial burden becomes contractually bound to a mysterious cult-like organization called The Sanctuary. With the promise of incredible pay, all she has to do is abide by the rules of the contract.

And be successfully impregnated by one of the current top heroes.

And of course things don’t go as planned.

I wish I could describe to you, in vivid detail, how much good good this story is going to have. Okay maybe I’m being dramatic, but it’s definitely going to be one hell of a ride, and I’m so ready for it. As always this is a work of fiction that I must EMPHASIZE DIVERGES FROM THE CANONICAL STORY OH MAN, THERE IT IS. But not like crazily. You’ll see. Don’t like, don’t read, say nothing <3.

Chapter One: The Signing

A crisp, early morning light filters through the office, the steam of untouched coffee drifting up and producing a pleasant warmth to the otherwise clinical atmosphere. It isn’t that the room itself reflects a similar stoicism to that of the three men in suits who had led Ochako here (although she will admit that she might have to change her mind about this whole thing if a single person in this building is unwilling to share a simper, at least), it’s just that the room itself feels so clean and untouched that she wonders if she may have been its first inhabitant in ages.

Sketch commission from over on insta ✨✨✨

first krbk commission??? From over there??? And it wasn’t a self insert? Tho to be fair it almost was but they didn’t have a reference “:D

What will they announce? A partnership? or mayhaps.. announcement of their relationship? Who knows!

These are my designs for them later in their Pro Hero careers!

Please do not repost! 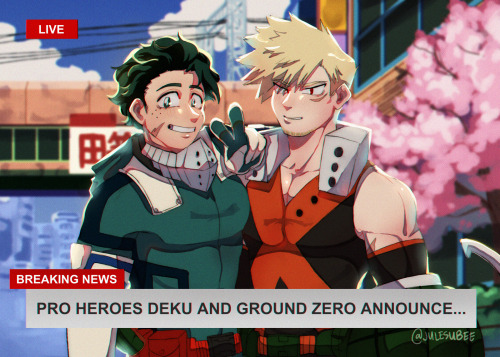 Bakugou is the driest texter and honestly, rip to Kirishima for putting up with that. Could not be me. WHY IS EVERYONE SLEEPING ON THIS 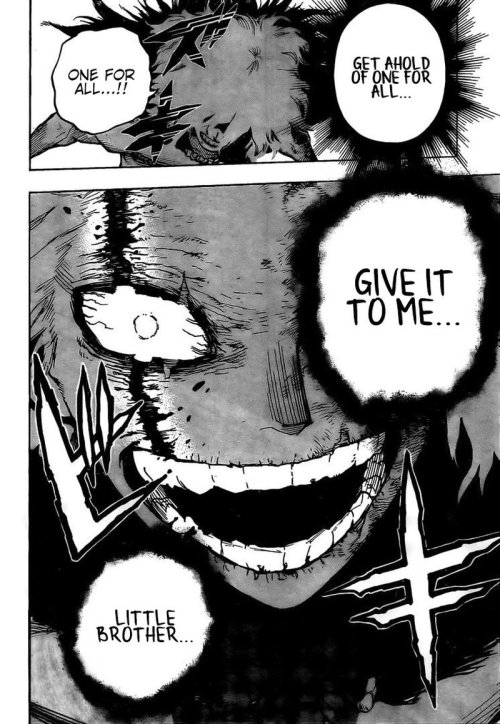 Drew this last year i was obsessed with Miami beach a d tropical clothing. Too bad i wont be able to visit a beach this summer :(