Ravenclaw: can you do me a favour?

Gryffindor: I would literally cover up a murder you commited, plant my DNA at a crime scene, and take the blame for you if you want me too

Ravenclaw: …can you wash the dishes?

Slytherin : not me tho

Hufflepuff: Turn that frown upside down!

Slytherin: Ok you’re blessed you can shut up now, stop being such an attention seeker.

Ravenclaw: You’re not allowed to agree when I insult you!

James- makes sure they get everything that is on the list they made.

Sirius- laughs and sings to himself while taking stuff which is not on the list.

Peter- raids the kitchen and the fridge, takes cupcakes and chicken legs.

Remus- writes a note saying sorry for stealing and their home is very nice, and sticks it on the fridge. 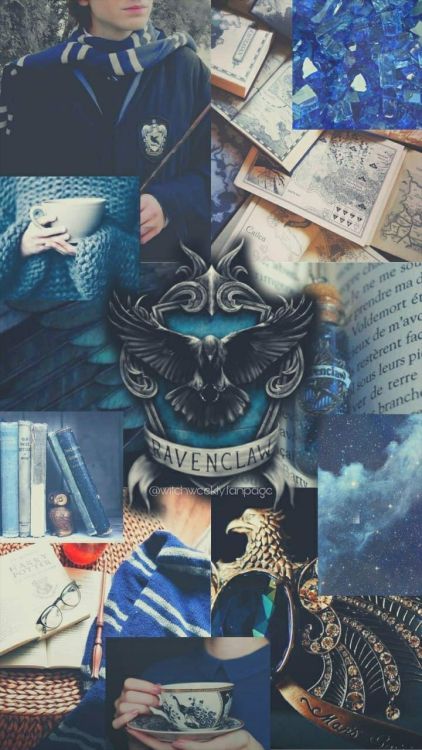 GRYFFINDOR: “The road must be trod, but it will be very hard. And neither strength nor wisdom will carry us far upon it. This quest may be attempted by the weak with as much hope as the strong. Yet such is oft the course of deeds that move the wheels of the world: small hands do them because they must, while the eyes of the great are elsewhere.” –J.R.R. Tolkien (Elrond: Lord of the Rings: The Fellowship of the Ring) 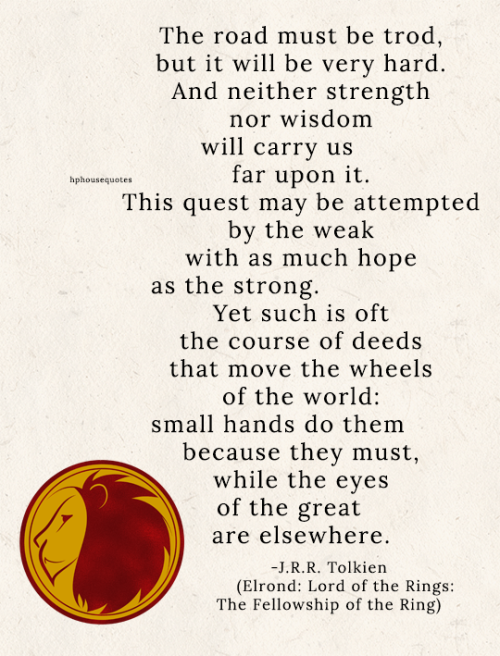 @cursebreakerfarrier They’d be so much fun!

Today‘s the day of the Gryffindor vs Slytherin Quidditch match, the one to determine who‘ll win the Quidditch Cup. Y/N was up earlier today than most days, she was incredibly excited to watch her boyfriend George Weasley beat Slytherins ass at Quidditch. George and his brother Fred have been the two best Gryffindor beaters anyone has seen. They‘re excellent at defending their own team and knocking the opposition team off their brooms.

Y/N was getting ready in her dorm, pulling on her favourite outfit.She soon without hesitation leaves the Hufflepuff common room and makes her way down to the Great Hall where both teams are going over last minute plans.

Once in the hall Y/N is able to spot her boyfriend straight away. His fire red hair helps him stand out from the rest. She makes her way over to the Gryffindor table, taking a seat besides George. Once he notices she’s arrived next to him he quickly puts an arm round her shoulders kissing her on her temple.

“Good Morning, handsome. Ready to win this match?” she smiles

“Oh and that reminds me“ he says before pulling out a red and gold jersey.

"It‘s my jersey, i know how nuch you like wearing my jumpers so you can wear this one today. Besides, it is freezing outside and i don’t want you getting a cold”

Y/N smiles taking the jersey out of his hands and slipping it over her head. It engulfs her small body considering the size difference between her and George.

“Thank you!” she smiles widely before kissing him on the lips.

“I‘ll be in the stands, yelling louder than anyone else“

"I bet you will be, you’re my biggest fan after all” he smiles hugging her.

Outside at the Quidditch pitch, Y/N is sitting watching intently at the Red and Gold blurs passing by, trying to keep eye of where each ball is. Although she is only looking for one particular player. Soon his firey hair catches her eye as he quickly and skillfully beat a bludger in the opposite direction in order to save Angelina Johnson (One of Gryffindors Chasers).

The game is neck and neck, both Gryffindor and Slytherin tied, all they need is for Harry to catch the snitch and they‘ve one.

Without having to wait much longer, not to anyone’s surprise of course, Harry catches the snitch winning the game and the cup for Gryffindor. The stand erupts into deafening screams of joy, but Y/N is the loudest of them all.

To celebrate their victory, Gryffindor host a party in their common room. All houses are invited (apart from Slytherin). After quickly running to the Hufflepuff dormitories to fix her makeup, Y/N makes her way to the Gryffindor party.

As soon as she steps inside, all she can hear is music blaring and people desperately trying to shout over it. She looks around aimlessly trying to find George. But she spots him in no time standing by the drinks table, so she heads over to congratulate him on his win.

“Hey Georgie” she beams up at him.

“Hi beautiful“ he smiles leaning down to kiss her on the lips.

"You were amazing out there George, played so well”

“Oh yeah? was i up to your expectations i would hope m‘lady” he grins.

“You were even better” she leans up, her mouth just beside his ear as she whispers “and i think you are deserving of a reward” she leans back looking into his eyes which have now turned darker with lust. Without saying another word, George has taken her by the hand and leading her up to his dorm.

Once inside, George presses Y/N to the door, kissing her lips aggressively but passionately. Sliding his tongue against her bottom lip, she grants him access and their tongues fight for dominance, their lips moulding perfectly together. They pull away briefly in order to catch their breath, before George is placing open mouth, wet kissing across Y/N‘s jaw and down her neck. She moans slightly at the feeling knowing there will soon be purple marks forming from where George has sucked.

“So gorgeous princess, i seen you sitting in the stands, you look so sexy in my jersey” he groans out before kissing her again lustfully on the lips.

George pulls away locking the door and casting a silencing charm on the room, so they’re not disturbed. Before, picking Y/N up by the waist and throwing her down onto his bed, hovering above her looking deeply into her eyes.

“looked so sexy out there George, hitting those bludgers away, made me wet just thinking about how strong your arms are, not to mention the veins in your hands“ she moans as he sucks her sensitive spot just below her ear.

"i‘ll put there hands to good use princess don’t you worry“ he says as he starts to slide her trousers down her legs. Y/N reaches up and takes off Georges shirt, tracing his abs with her fingers, going down further until reaching his V-line, tugging on the waist of his trousers before pulling them down and off with the assisstance of George. Y/N eyes Georges defined abs, practically drooling over his toned torso.

Y/N just nods biting her lip, lost for words. She moves to take off his Quidditch jersey but his hands soon stop her, she looks at him confused.

"keep it on, you look sexy as fuck”

She smiles before flipping them over so she is on top straddling his hips. Y/N leans down kissing down his neck leaving wet kisses all the way to his V-line, her tongue tracing George‘s abs, as he moans quietly at the feeling.

“time to give you your reward Georgie” she smirks pulling his boxers down, freeing his hard on, which springs up hitting his stomach. Y/N soon grabs Georges cock in her hand, and begins stroking it slowly earning low moans from George.

“fuck princess, feels so good, do me a favour and wrap those-shit- those pretty lips around my cock, yeah?”

Without hesitation Y/N takes his cock into her mouth, licking the tip and gently sucking while stroking what she couldn’t fit in her mouth. She starts to take more of him into her mouth, bobbing her head faster.

“fuck Y/N, take my cock in your mouth so good, treat me so well princess” he moans taking a grasp of Y/N‘s hair in his hand, guiding her head up and down.

Y/N moans on his cock, sending ever more pleasure rushing through George, earning her another low sexy moan.

With that, Y/N starts bobbing her head even faster, gagging slightly as the tip of his cock hits the back of her throat.

“you‘re so good at that princess, you take my cock so well” he says before kissing her deeply, tasting himself on her tongue.

George starts to make his way to give back what je just recieved but Y/N stops him shaking herhead.

“I don’t think so mister, tonight is all about you“ she smiles, staying ontop of him grinding her clothes pussy on his (again) hard cock. It always made her felt good how little time she was able to make George hard again after he came.

Soft moans escaping her lips as the friction builds pleasure in her core. George swiftly flips them over so he is now ontop, despite the fact tonight was meant to be about hin, George loved nothing more than seeing his girlfriend crumble underneath him with pleasure. Kissing her, he slowly removes her panties, running a finger across her wet folds.

"God princess, you’re so wet, is that all for me? did you get that wet from just sucking my cock? hm? such a good girl” he smiles bringing his fingers up to his mouth sucking on them slightly. Earning a moan to fall from Y/N‘s lips as she stares lustfully at her boyfriend.

“So sweet princess, you sure you don’t want me to eat out your sweet little pussy?“

Y/N shakes her head no, "this is about you Georgie, just need your cock filling me up, please“ she moans.

"Your wish is my command princess“ he says before lining himself up with her enterance, teasing her by rubbing his tip through her folds as he kisses her neck.

George slowly pushes into Y/N‘s pussy, a moan falling from her lips and a groan from his.

"fuck princess, so tight, so warm, you like how my cock fills you up?”

“mmm yes Georgie, love your cock, love how it makes me so full”

George begins to slowly thrust into Y/N groaning as he does so, the sounds falling from her lips turning him on even more.

George picks up the speed, thrusting faster and harder into Y/N, his tip hitting her g-spot with each thrust, and her moaning loudly each time, the poom of warmth slowly building in her core.

George thrusting deeper, filled Y/N with so much pleasure tears brimmed her eyes, moans becoming louder and louder and she reached her release.

He pulls out of Y/N with a hiss, both of them panting trying to catch their breath.

“that was amazing George” Y/N breathes as she snuggles into his side, wrapping her arm round his torso.

“i really need to win more games, if that‘s what i get afterwards” George says with a chuckle pressing a kiss to Y/N‘s forehead, holding her close.

Soon the room is silent, all that is heard are the slight snores coming from the couple, exhausted and cuddled up next to each other. Smiles still etched upon their faces.

Gryffindor: I’m standing on the floor.

It would have been nice if Severus, Lily, & Petunia all became friends and hung out together.

Because I like to imagine Petunia being the mom friend, Lily being the chaotic friend, and Severus being the friend that makes jokes about his suffering.

Gryffindor: Is it Ralph?

Hufflepuff: Sly, do you care about me?

Slytherin: Course I do.

i sorted the supernatural characters into hogwarts houses

Regulus: “I think I pulled a muscle.”

Sirius: “You can’t pull what you don’t have.” 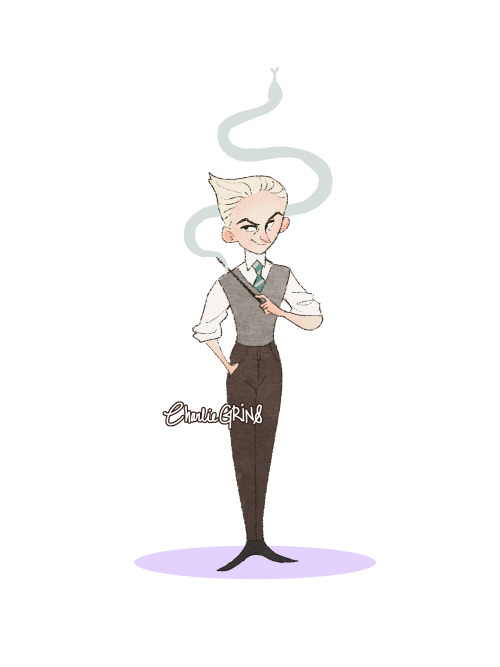 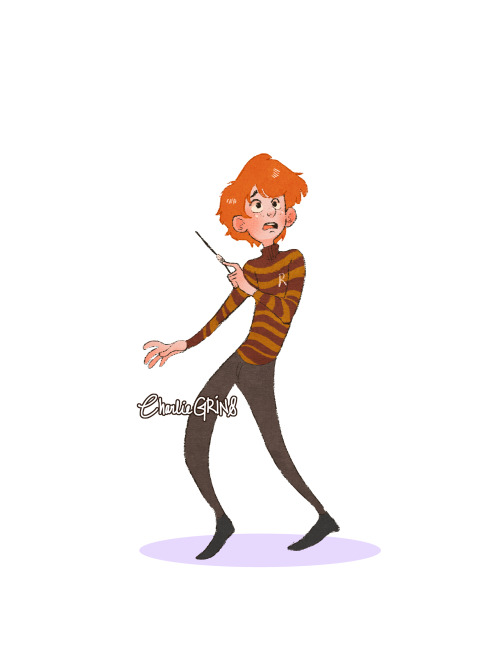 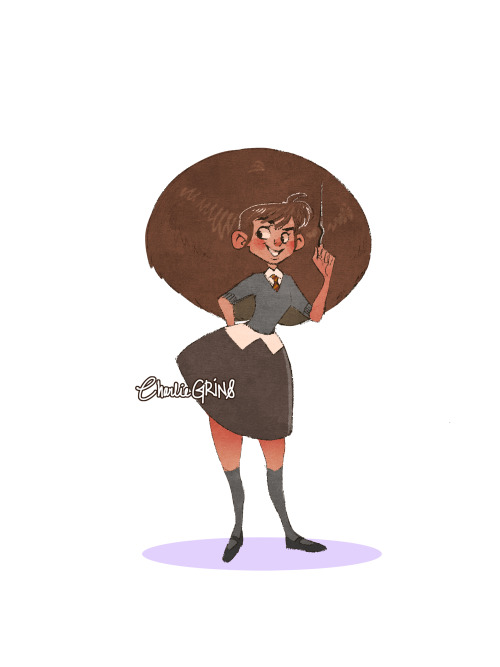 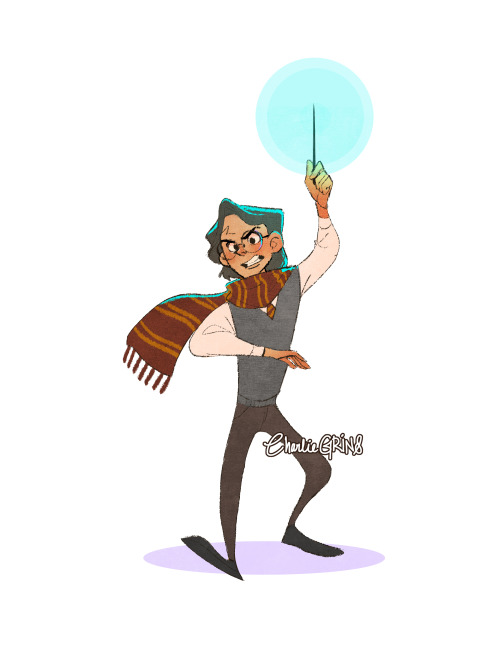 Going to repost all my Hogwart house witches, starting with, GRYFFINDOR 🦁

Just a reminder, please follow me on insta, I’m much more present there! http://www.instagram.com/kavon_doodles