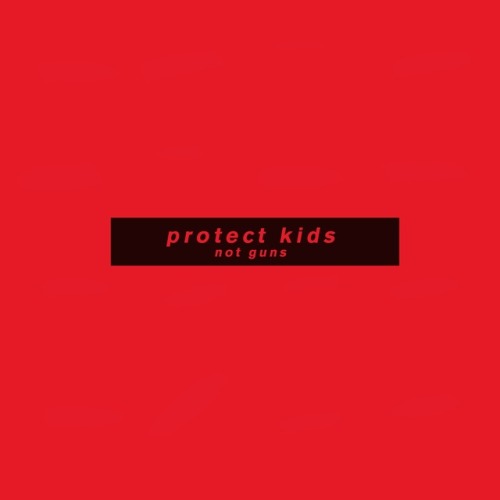 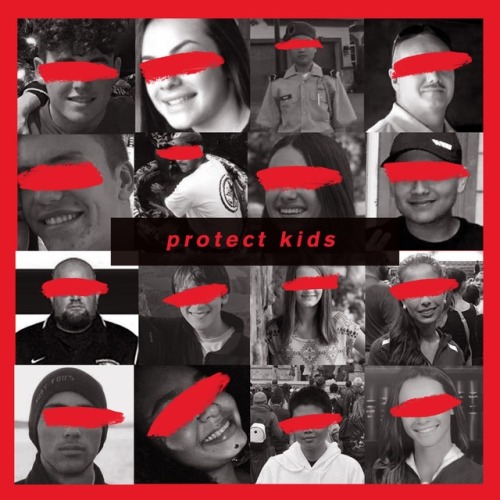 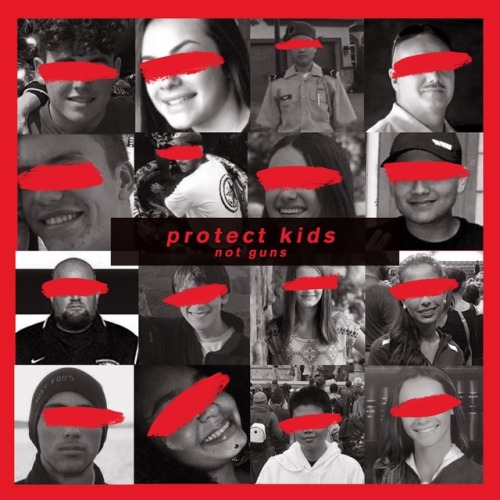 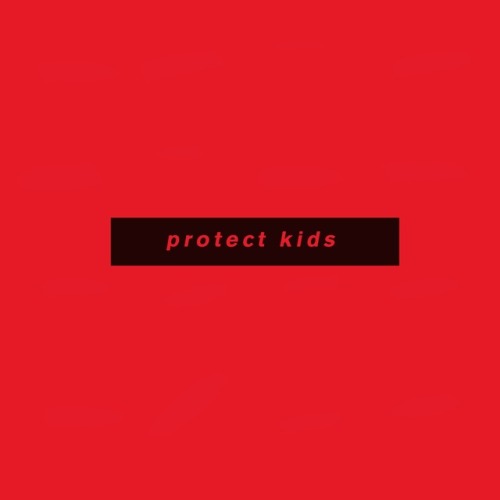 i think out of the classic halloween monsters i like vampires the least, they just are “eh ok” to me

this is fucking hilarious

#plop posting, #gun violence, #sometimes a comic from the 70s will make you laugh and its beautifull
8 notes · See All
somnolent-snufkinText

i am grieving. it is the ache of something deep in my heart, to know what i have lost—there is a child, dead, and it wears my face and holds my aspirations in its cold little hands.

there was a dagger through the child’s heart, and i bear the scar. i am not a survivor. i am something created in the wake of the death—molded and fired in an oven that grows ever hotter, and i fear in time i will become brittle and shatter away to nothing. i cannot harden my heart for fear of it breaking.

Listening to the Kevin smith interview again gerard is like yeah I had a huge change in my life when I turned 16 I just like changed a lot i don’t know why. No reason. And then later he tells the story about having a near death experience getting held execution style at gunpoint at age 15. Like yeah gerard I wonder why

#i know he knows that he was probably avoiding talking qbout it in that context. just lol, #ask to tag, #gun violence
61 notes · See All
transempowermentPhoto

We remember Sara Blackwood, a trans woman killed in Indianapolis earlier this week. No one should ever have to be mourned in this way, and no community should have to cope with so much hateful violence.

Rest in power, Sara. To have justice will be for this to never happen again. 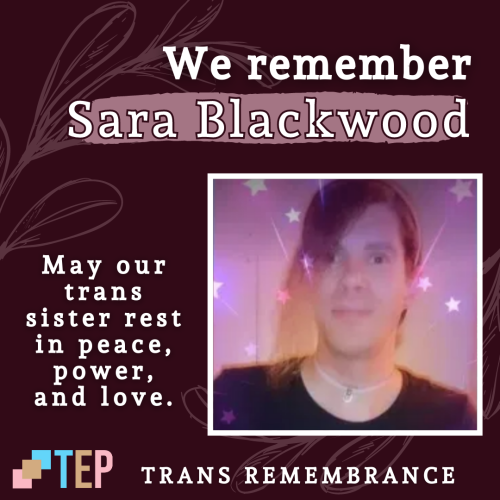 MERICA! Neckreds got a gun got a truck

We found each other (over there) by @thekristen999

A combat medic and a G.I. meet during one of the world’s greatest battles. A WWII European Theater based AU.

Eddie finished packing up his medical bag then sat on a on the ground across from where Buck was leaning against a tree. Jaw clenched, he crossed his arms over his chest. “Are you aware that you don’t wear a flak jacket with your uniform? That you’re not bullet proof?”

“I had to take out that weapon. I needed to keep you and everyone safe.” Buck sat up even straighter because no way was he going to be challenged on this. Not by Mr. I Run Onto a Battlefield Without a Gun. “And do I need to remind you that red paint in the shape of a cross doesn’t make you invisible?”

“I was also trying to keep people safe.”

“By running in the middle of a firefight. Do you think bullets are scared of you?”

The Rules weren’t meant to be broken.
They were meant for the broken to follow. 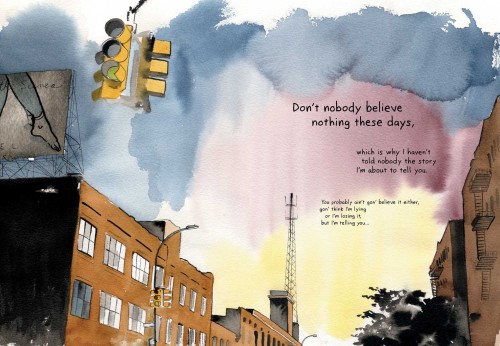 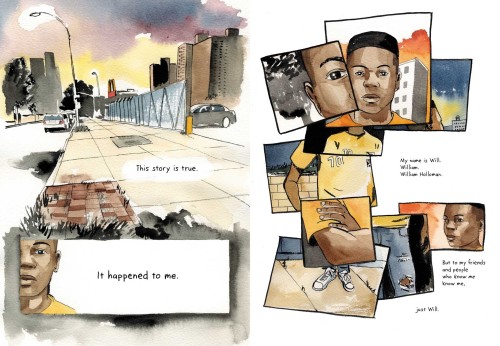 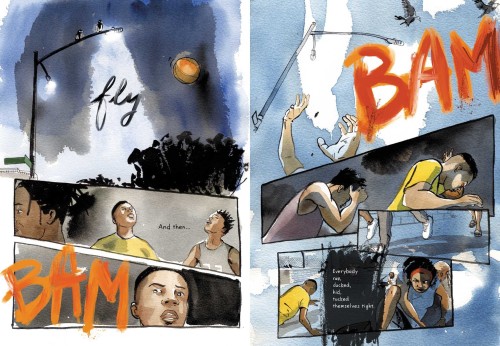 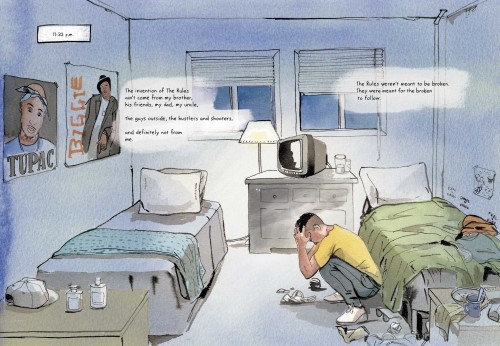 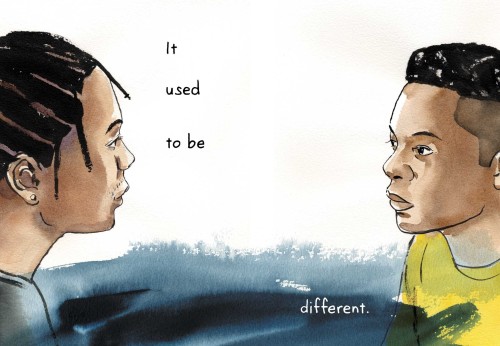 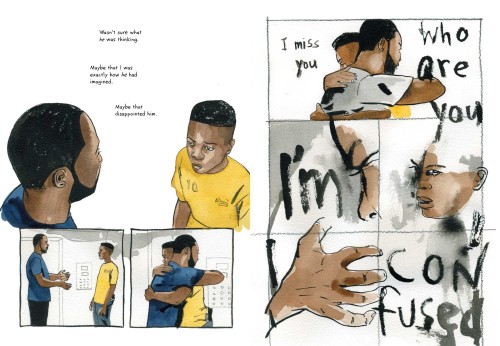 Land Of The Free?

Whether you’ve seen them in movies or pictures, or seen them personally, you probably know what a wind dancer is. It’s a solemn, happy stick figure that flails about in the wind near a gas station or some dollar store.

But Mamie Young saw something more in them: they stand as a comical background in contrast to all of the US’s current problems. Mamie draws them inside of these problems as some sort of comical vehicles that tell a story about the tragic events of American life, making the whole image tragicomic, sobering, and current. Behind that stickman smile lies hollowness and anxiety.

Don’t Get Blown Away! 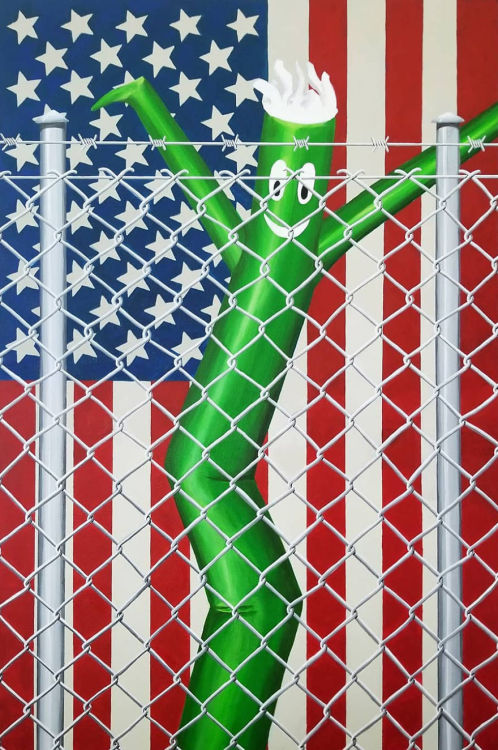 Almost became dramaturg for a show that in its first 10 pages espoused a eugenicist talking point (saying that it would be “a strain on resources” to have a child with down syndrome) and I’m not sure if it was in a critical manner so dodged a bullet. Then again the play I am currently dramaturging is about the Sandy Hook shooting and has a questionable scene where they say that the shooter just fell down the wrong path and while an actor walks out in rage over it it’s not explicitly challenged either so um…yeah

#gun violence tw, #gun violence, #child death tw, #child death, #it also talks about how his mental illness caused it and like...his hatred did, #I am mentally ill and autistic too and I’m not doing that shit
0 notes · See All
adrianlookatthisText

#gun violence, #is real, #and its a lot closer than you think, #im literally always scared, #to be out anywhere, #a shooting massacre happened recently right next door to us, #someone was shot and killed in the apartment building i live in, #a whole family unit in my family was literally shot dead, #i cant even pursue my career choice because im afraid ill be in the middle of a massacre, #because school shootings happen every other day, #and nobody is doing anything about it, #except maybe kids who survived them, #this is unacceptable, #im scared, #anxiety, #panic, #panic attack, #anxiety attack, #delete later, #personal, #kinda
0 notes · See All
randofando-spoonieLink
In Another World... - RandoFando_Spoonie - The Old Guard (Movie 2020) [Archive of Our Own]https://archiveofourown.org/works/26950816

In another world Nicky gets up to head for the kitchen, in another world Joe screams at him to run and Nicky makes it out of the church and into the forest. In another world the grenade doesn’t quite catch Booker wrong and Booker and Joe are the ones taken.

Apparently my anger towards Trump has become so great that’s it’s started showing up in my dreams.

Then I shot Trump and became the new president

To dream that you shoot someone with a gun denotes your aggressive feeling and hidden anger toward that particular person. You may be trying to blame them for something.

Update: I just looked up president cause I was curious and got this which is accurate

If you dream that you are the president, then it represents your high level of self-confidence. You believe that you can do a better job if you were in charge of things.

A goldfish could do a better job 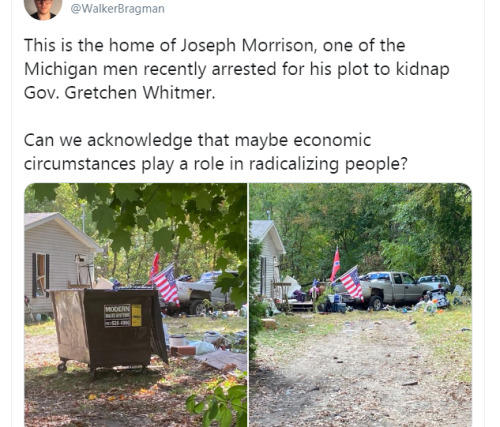 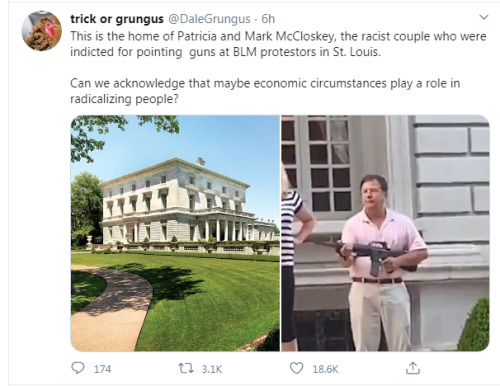 Can we like not have shootings at the mall? It’s covid, it’s october, now is just really a good time to like not.

“Peter nothing is more important than family and you saved my daughter’s life. I’ll never forget that but you know I can’t have you interfering with my business right?”

Tomes doesn’t give Peter another chance in the car.