haechan’s summary:   There are a few questions that Jaemin wants answers to, ‘Why did humans have to evolve in the first place?’; and ‘Why the hell were Renjun and Yangyang so overprotective towards a platonic friend?’ 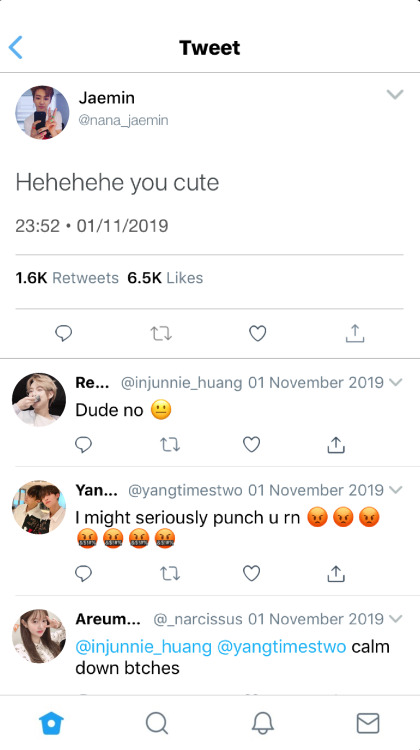 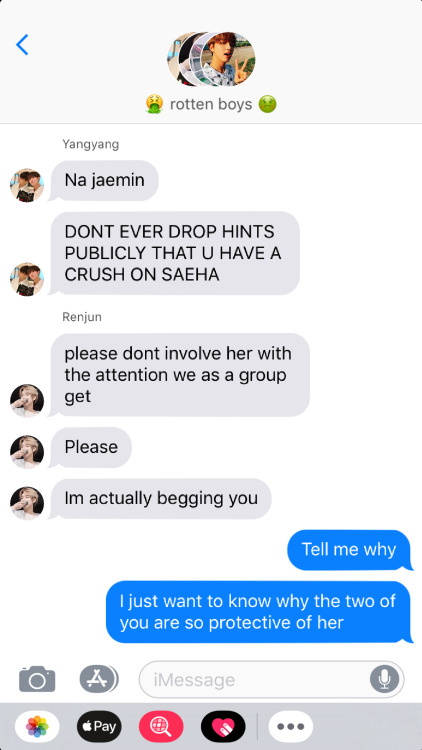 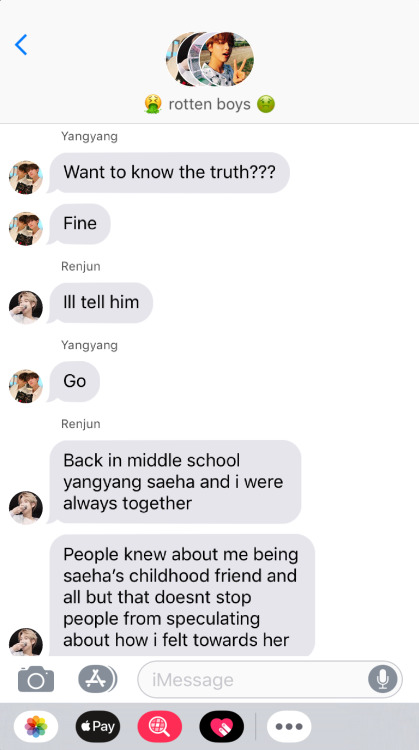 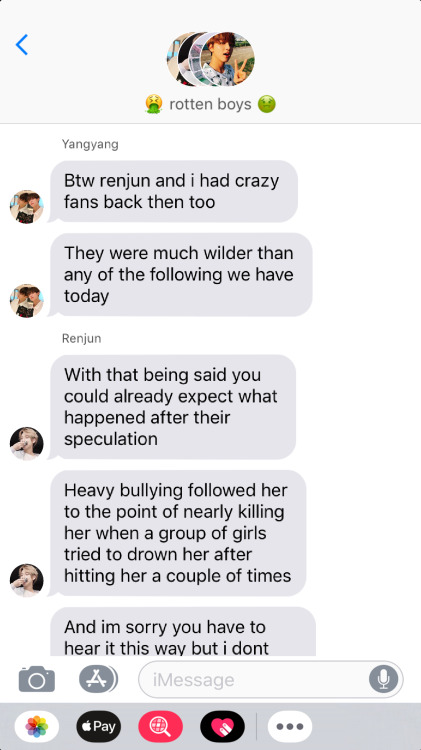 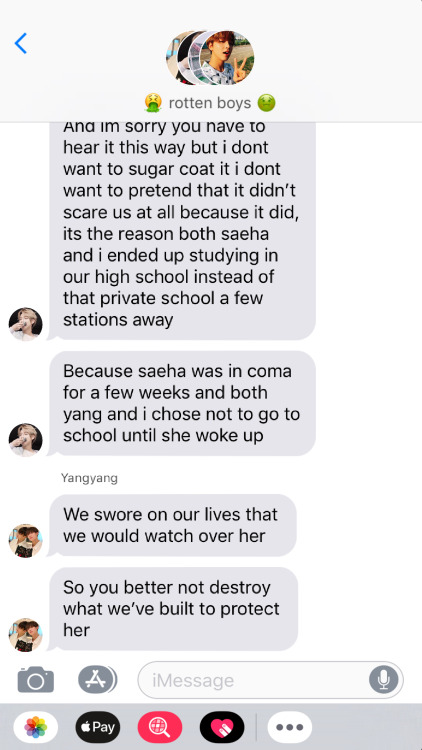 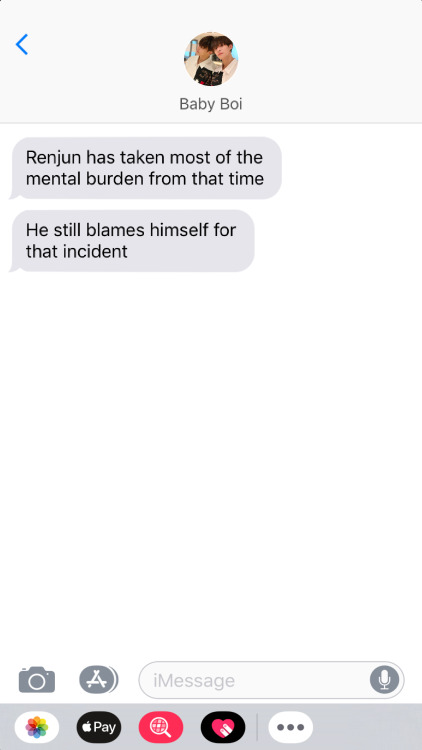 Haechan is a god

credit for the template used in my edits ( x )

my best friend wants to be abducted by aliens | son of athena!renjun x daughter of aphrodite!reader

as the self-proclaimed matchmaker of camp half-blood, you have had a 100% success rate with all of your matches. your current project is finding a date for your best friend, huang renjun—a prickly smart aleck that perfectly fits the child of athena stereotype. unfortunately for you, he seems to be hellbent on tarnishing your perfect record. his refusal to get a girlfriend prompts you to come up with all sorts of conspiracy theories (alien abduction, ghost possession, lizard people etc.) in an attempt to crack the code that is renjun. even though you’re able to create these insane scenarios inside your head, you can’t seem to realize the glaringly obvious: renjun is in love with you.

i become attracted to seaweed | son of poseidon!donghyuck x daughter of athena!reader

ever the perfectionist, you take your job as the head counselor of the athena cabin very seriously. unlike others, your summers at camp half-blood are when you are at your absolute busiest. you don’t have a moment to rest, constantly running around to make sure everything is perfect. but the gods seem to have a twisted sense of humor, throwing a wrench into your meticulous schedule in the form of an unconscious boy right in front of the entrance of the camp. because you’re the one who discovers him and the fact that he’s taken a liking to you, you’re tasked with looking after him—donghyuck—until his godly parent claims him. you become a sort of mentor to him, despite your initial protest. his presence eventually goes from a nuisance to a solace to you, and you find yourself wishing he could stay by your side.

captain sparkle fingers revives me from the dead | son of apollo!jaemin x daughter of hades!reader

after a mission gone awry, you’re severely injured and rushed to the infirmary. you have an extremely close brush with death (and your father), but you manage to somehow survive. once you come to, you find out your life was saved by the camp half-blood’s golden boy, na jaemin—the unspoken favorite son of apollo and the infirmary’s most talented healer. you want nothing more than to get back to your mission, but you can’t get past jaemin. even though everything he says is delivered with a sweet smile, you find him to be quite terrifying. during your recovery period, he does his best to try and befriend you, but you’re making it quite difficult for him. you really don’t want anything to do with him, in fear of misunderstanding his kindness for something else. but you know, and so does he, that it’s only a matter of time.

i suddenly realize my archnemesis is hot (during a battle to the death) | son of ares!jeno x daughter of nike!reader

being the daughter of the goddess of victory, winning is literally life or death for you. when it comes to battle prowess, you’re close to unmatched. the only one who can give you a run for your money is lee jeno—the frustratingly handsome son of ares, who also happens to be your greatest rival. you’ve been duking it out with him since your first meeting, turning everything into a competition. the two of you easily cement yourselves as the top two warriors at camp half-blood, which is why you get paired together for a top secret mission: to retrieve the stolen golden fleece. both of you reluctantly agree to a truce for the sake of the camp. however, the more time you spend with him, the more your hatred for him seems to dwindle. you tell yourself that the fog of war is just getting to you, but deep down, you know it’s something more.

honestly like / reblog if you save. i’m gonna make them icons at some point so also don’t edit them and post it sorry.

“okay, wait,” haechan says, popping another potato chip into his mouth as he leans back in your desk chair. “so what you’re saying is that after you and mark broke up, you started liking jaemin, but then he started acting up so you started talking to jeno, then jaemin kissed you, then you told jeno, then you caught jeno kissing yeeun, then they apologized, and now we’re here?”

“you’re literally just repeating everything i just said,” renjun sighs, crumpling up his snack bag and throwing it at his roommate. “anyway, what’re you going to do about it, y/n?”

“i…i haven’t thought that far yet,” you admit, sitting cross-legged next to renjun on your bed.

“you’re not getting back together with jeno, right?”

as a chicagoan i felt this tweet… johnny always & proudly says he is from the city but when the city needs his voice he goes missing in action… HE SHOULD NOT BE SILENT ON THIS!!! i’m not hating on him but i wish he would use his platform to speak up about what is going on!!! a lot of kpop idols have stepped up their game, used their platform to raise awareness & show support; if they can, i’m sure johnny can too.

I’ve been binging it lately, just finished the second Book, and got some inspiration
(So of course, only characters I’ve seen so far)

Renjun: Zuko (good heart but is literally always pissed off like calm ThySeLf)

Jeno: Uncle Iroh (chillest human being to exist like how is he a fire-bender)
(+ I vibe with the whole tea-loving thing)

Chenle: Sokka (realist, sarcastic, loud, does he ever know what he’s doing?)

despite the confidence he proclaims i think hyuck might be a little more innocent than he leads on. definitely knows how to tease or be a brat, but when it really came down to it he’d whine and gasp with his neck thrown back as you sucked him off 🥴

1.8k words and I’m not even close to being done with this thing, y i k e s idk if I’ve ever written anything this long before