As for the topic of noses…

Do you see this dagger? Goblin-made, very sharp, with magical properties. If I were to, say, use it to remove a particular body part, no magic could regenerate what was lost. So. Come closer. Just a step. That’s it… 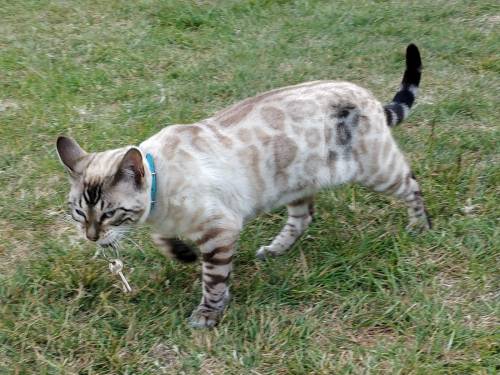 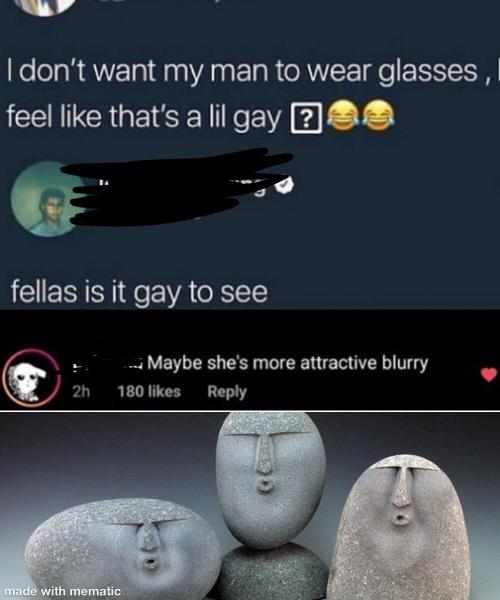 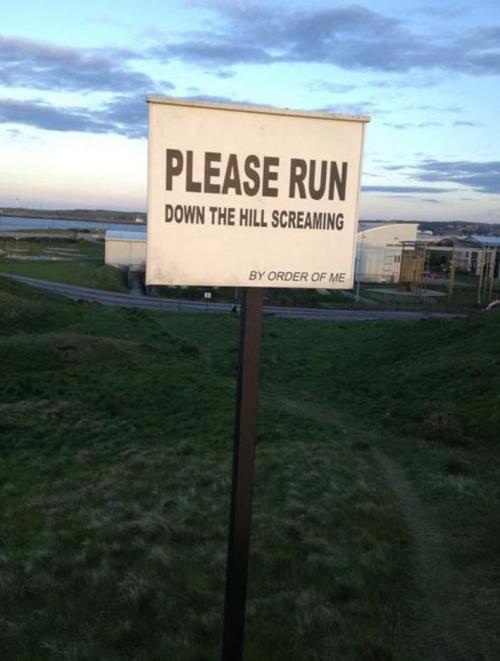 idk if someone has done it before but i was just watching this run bts episode so PLEASE accept this meme i edited in paint, i am begging you 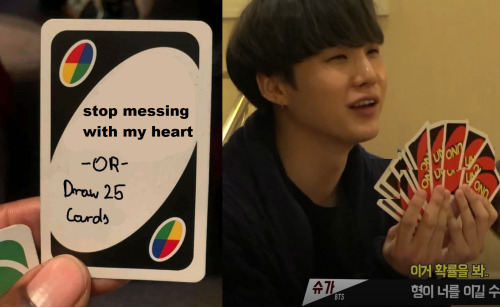 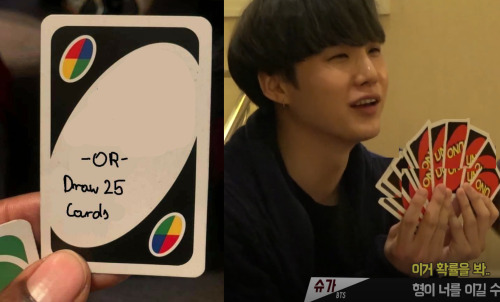 #Hahaha this asshole! Woke me up at 4:30am hasn’t stopped playing the moment I turned the camera on she was a #Queen! Notice she looks right up at the camera #LOL I think it’s time to start closing my bedroom door cause this is not cute @phiphi_and_charlie not cute at all 👎🏻 (at Laval-Des-Rapides, Quebec)
https://www.instagram.com/p/CBFtlesj1PW/?igshid=1b32nvo0uqc5t

That. Fucking. Workout. Killed. Me…

okay, so I learned there was a queue limit today (this is what i get to being… kind of new to tumblr, i guess), but in my defense there are so many good wangxian things to reblog… welp; also this is sideblog!

my main is @faeity, but that will include all of my personal content and social chatter so i can leave this one fully dedicated to my overwhelming obsession for wangxian hahahaha

#mdzs, #mo dao su zhi, #wangxian, #rare me speak, #honestly i chat on twitter so meet me there?, #hahaha
2 notes · See All
icantgetanythingdoneText

#li bowen, #the untamed cast, #hahaha, #‘i dont look very good; if you like me i can clean up a little’, #ngl he’s cute with the specs :3
3 notes · See All
travellerjulieVideo

Yes I am in pain thank u for asking :)

Jazz saying it how it is. 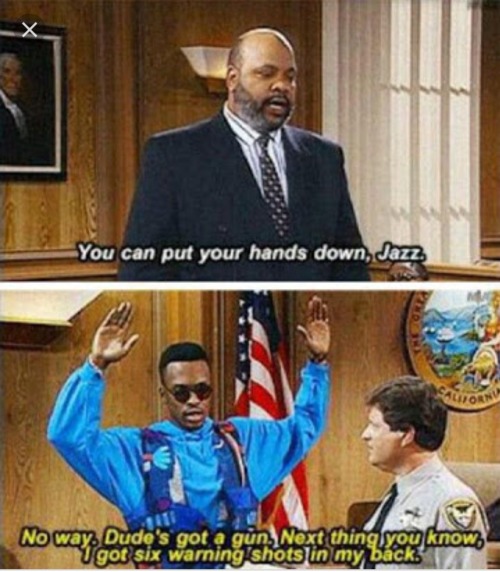 It seemed the prince made it his mission, for the remainder of the day, to make sure that Calvin’s mood didn’t plummet any further. They did just as he had promised and spent the rest of the day together. They sat by the hearth in the prince’s quarters, Calvin’s head resting on the prince’s lap and Étienne stroked his hair and hummed a soft melody under his breath. It was tranquil and peaceful and Calvin felt protected from the torments of his mind.

He knew time like this was counted and that within a few years, it would be harder to come by, what with their bigger obligations and the paths their lives would take. The prince would become king, he would step into his father’s shoes and lead the full battalion of the kingdom’s guards. The prince would marry… Étienne kept assuring him that nothing would change between them – that he wouldn’t stop loving him, married or not, but sometimes the insecurities in Calvin’s mind got the best of him and liked to remind him that he was nothing but a disposable guard and that anyone could warm the prince’s bed.

“My love, my precious love,” The prince murmured softly in his ear, later on, pressing languid kisses to every ache his heart felt, as if the prince could read the storms in his mind. Calvin desperately clung to him, committed every kiss, every lingering touch and caress to his mind, in case a day would come when there would be no more for him. For now, the prince’s heart was his, but the prince would always have his heart, no matter what.

And later still, as they lay in a tangled mess of limbs and sheets, his mind perfectly blissed out for a moment’s peace, the prince pressed close to him, holding him, their bare bodies still joined together in every which way, Calvin would trace with only faintly trembling fingers, the profile of the prince’s delicate lips, the slope of his nose, the arch of his brows. He thought back to the first time, many moons ago, when they’d shared more than a bed this way and still he couldn’t believe that somehow or other, the prince had returned his affections.

But, here, in the quiet calm of the prince’s quarters, as Étienne peacefully dozed beside him, comfortably wrapped around him, safe for the time being, Calvin thought back to those first few times – to the time before, when he’d kept his feelings secret, unsure how his best friend would take it.

For as long as he could remember, Calvin’s life had always been entwined with the prince’s. They had grown up together, had spent nearly every waking moment together, had run through the castle halls together, and Calvin had admired the prince and had found him absolutely marvelous. He remembered the countless nights spent sitting on the prince’s bed, listening to old tales that the prince’s wet nurse would tell them both, and falling asleep in the prince’s bed, even when they tried to stay up the whole night. He remembered pledging that he would protect the prince from all harm, even when his father had said that he would eventually need to serve the king and not the prince, but Calvin had known – deep down, that his life would be spent with the prince – with Étienne.

He remembered, as they grew older, how his feelings for the prince had changed – the attraction he had started feeling for his oldest of friends and the fear that had come with it. That Étienne would ridicule him. That he would lose him. That his father would disapprove. And how he’d done his best to hide those growing feelings away, even when he still sat with the prince on his bed, even when they still tried to stay up all night.

Then there had been that night – the one that had changed everything, when they had been in the prince’s room, as they often were, sharing their secrets – their fears, their dreams, what they would do if they were different people – and something had been different about the night. Maybe it had been the way the moonlight played on the prince’s features, making them seem softer and prettier, or the way the prince had looked at him, warm and inviting – loving, even, but Calvin would never forget the way he felt when the prince had taken his hand, had offered him the loveliest of smiles and had told him that he liked him. Would never forget the way his heart had stopped beating for a moment, before it had stuttered to a start again. Never forget how he’d leaned forward, finding courage he didn’t know he possessed, and had kissed the prince for the first time. The way the prince had pulled him to him and kissed him back. The feel of his lips. The soft sounds he had made. The beautiful way he had smiled and held him. Every second kiss that had come after that first one.

Even now, so many years later, Calvin still marvelled, as he held on to the prince and watched him sleep, that he got to have this, even if it could all end one day. He made the promise, much like he had when he had been younger, that he would protect the prince at all costs – would make sure that he would be happy and never in the way of harm and that he would love him as fiercely as he always had.

i have created a masterpiece

#submission, #hahahaha, #twdg louis, #twdg marlon, #this au is out of control, #btw i played some of death road by myself today, #and got enough points to get the anime perk for marlon, #so... we have that to look forward to, #hahaha
15 notes · See All
Next Page