I made this to celebrate Tony’s birthday…but it turned into armor p*rn.

What if Tony’s birthday (May 29th) was also the day that Ben died ?? So for Peter it’s like a really bittersweet day bc he wants to celebrate with Tony but also it’s the anniversary of his uncles murder.

So what if Peter doesn’t tell Tony that Ben died that day ??

What if Peter spends the morning at the cemetery with Ben before putting on a mask and celebrating with Tony ?

And the picture taking and lights of the candles and clapping all remind Peter of the sound of the gunshot that killed Ben.

Imagine where it’s Tony’s Birthday a year later and the team is depressed.

Yeah so I 100% cried while writing this

[Pls do not repost or use in any way]

#this took me 2 days and it was still like 3 hrs late fmdmkfl, #he woke up from a nap bc ppl love him and he is the birthday boy, #i mixed some stuff bc i wanted carol and jan there, #happy birthday tony stark, #tony stark, #iron man, #avengers doodles, #mcu, #avengers, #marvel
1K notes · See All
anthon-eText

Tony: I’m not that old *mid life crisis sobbing* am I, Steph am I

My brother and I built Avengers Tower in honor of Tony Stark’s 50th birthday.

Finally got around to tracing and making digital this drawing I did years ago which was based off of this example of peak 80s Tony. Young Tony because I love him and he is not innocent of his older self’s crimes against fashion.

Probably my first proper digital art so hope you enjoy! This account is old as heck but I want to make more art so would be great to get that sweet sweet serotonin boosting validation so please reblog but don’t repost! 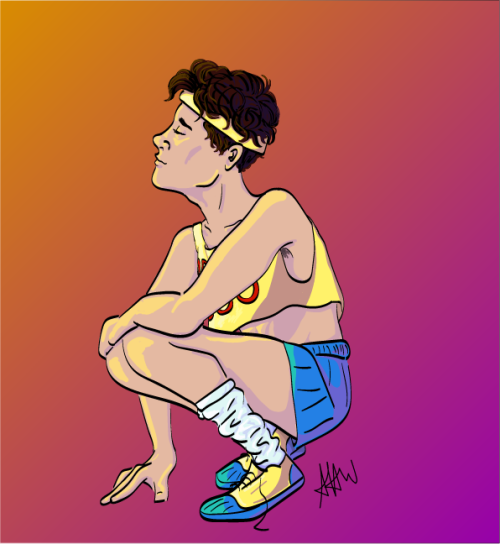 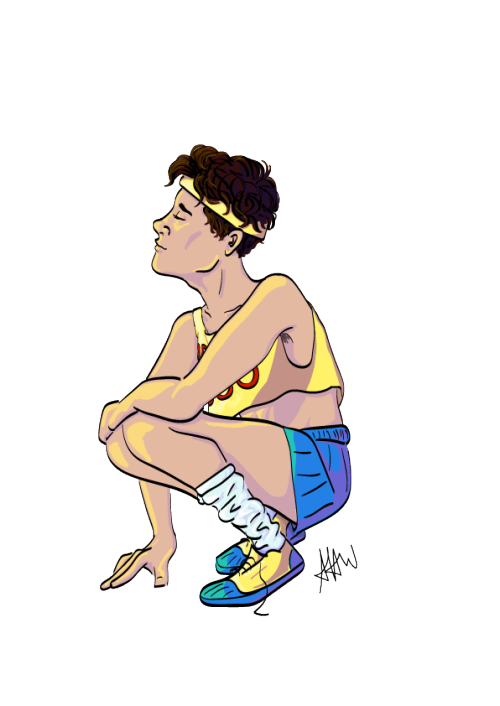 “Switzerland is so beautiful this time of year,” Tony mused as he kicked the down comforter off and rolled over, prefering the warmth of Steve’s body and the glow of the–he thought it was the chateau’s fifth fireplace, but couldn’t be sure.  He hadn’t managed to explore all of the rooms just yet.

“Wasn’t it glorious?” Tony grinned, then pressed a light kiss to Steve’s shoulder, earning a slight huffing sound and a squeeze from the arm that was wrapped around his waist.  “You don’t always have to make my birthday such a big deal, you know?  I mean, I love it, don’t get me wrong, but at some point, you’re going to have to go for moon landing or nothing at all, just saying.”

“I like planning something special for you,” Steve said.  “That first birthday, I was kind of obsessed with making it right for you. It helped me get through a tough time, having that to focus on.  Now, it’s just…I don’t know, something I look forward to every year.  I suppose it’s as much for me as it is you.”

Leave it to Steve to put it like that, Tony thought with a sigh.  “Well, you’ve outdone yourself this year.  Couldn’t be any better,” he assured Steve.  That was true.  A visit to CERN, and not just a tour and the gift shop, but an actual research visit, with time on the particle accelerator for his project.  Tony Stark’s own project.  It was exhilarating. Thrilling.  Terrifying.  God, what if he screwed up? Can you break a particle accelerator?  Nope, do not go there, brain, back away slowly, that’s it, Tony mentally chided himself.

“I’m glad you are enjoying it, Tony.  I really am,” Steve replied.  “Oh, and, actually, since it is now officially midnight–”

“You and your infernal internal clock,” Tony laughed at the old joke.

“There’s one other thing,” Steve told him. He reached over to the bedside table and pulled something out from under the book he had been reading at CERN while Tony worked. A sheet of paper, long and marbled, with fancy lettering on it, Tony noticed.  “Nat says it’s kind of cheesy, but Clint thought it was a great idea.  Now that I say that out loud, I’m not sure what I was thinking,” he chuckled, swiping a hand over his face.  “But, anyway, here.”

Tony took the paper and stared at it for a long moment.  There was a long, golden strip down one side, and in the middle, the words “Star Certificate” were encircled by golden stars and elaborate swirls.  Below, it proclaimed the coordinates for a star on the day Tony was born and promised that it was officially registered and named Anthony Edward Stark.

“There’s some other stuff that came with it,” Steve said.  “I know it isn’t real or anything, but, well…” he stopped, reaching over again and sliding another page from under his book and handed that one to Tony, too.

“You, Steve Rogers, are a romantic,” Tony smiled softly. “Thank you.  It’s perfect.”

Tony carefully set the pages on his own bedside table, then lay back down in the curve of Steve’s arm, slotting his body against Steve’s.  He drifted, his mind too full of the past few days’ excitement to nod off right away, though he was accustomed to Steve’s ability to drop into sleep at a moment’s notice.

It was nearly 2am before something clicked in the back of Tony’s head.  He got up, grabbed the Star Certificates, and padded over to the desk to turn on his laptop.  It didn’t take much searching.  He wasn’t even surprised, not really, just…he looked back over at Steve, asleep in the bed.  Steve could do things like that, even if it should be impossible or difficult or–or something you just didn’t think about doing.  So, it wasn’t really surprise, as much as it took his breath away the moment he realized it.  It was just that sometimes, he wasn’t sure how he ended up here, how things ended up this good, though he supposed he knew what Steve would say, he thought, glancing down at the papers on the desktop where they glowed an eerie bluish-white in the light of the computer screen.

A feeling of profound and deep joy, like nothing he had felt in a long time, washed over him.  Not even joy, not exactly, but…certainty.  A deep, absolute certainty.  We were meant to find each other, Tony thought to himself.  That’s what Steve believed, and maybe…maybe he could believe it, too.  Even if it wasn’t science or logic.  Maybe it was truth. That was what Steve was trying to tell him, when he worried, when he thought about what the universe hadn’t let them have yet.  This. This truth. Steve’s truth.  It could be Tony’s  truth,too, if he let it.

He stared down at the certificates for a long beat, then carefully tucked them into the desk drawer and turned off the computer.  He walked back over to the bed and carefully climbed in.  Steve had gotten used to Tony’s occasional late night habits long ago, so he barely woke as Tony repositioned himself until he was once again in the cradle of Steve’s arm.

Tony closed his eyes.  In his mind, he could still see the starchart he had pulled up.  The one from the day they met, that awful day at SHIELD when Tony thought his life was over.  On that day, if you had gone out on the deck of your cabin, pointed your telescope just to the left of Orion’s Belt, and looked up into the night’s sky above California, Steve’s star and Tony’s star would have been next to each other. 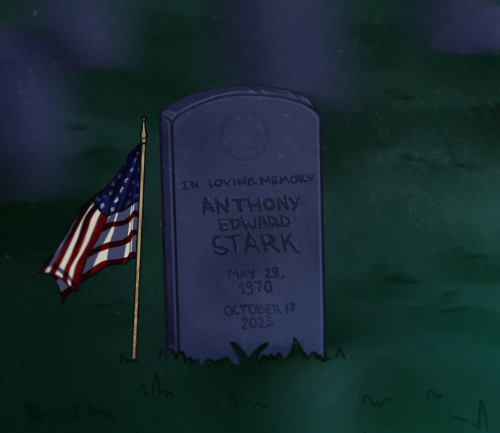 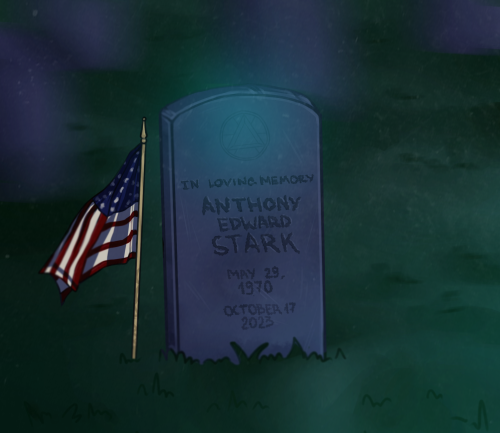 Me, earlier this week: It’s Tony Stark’s birthday this week! I have to write a really good fanfic since I love him so much!
Me, today: I have stared at this blank document for three days straight and had no ideas whhhhhyyyy. 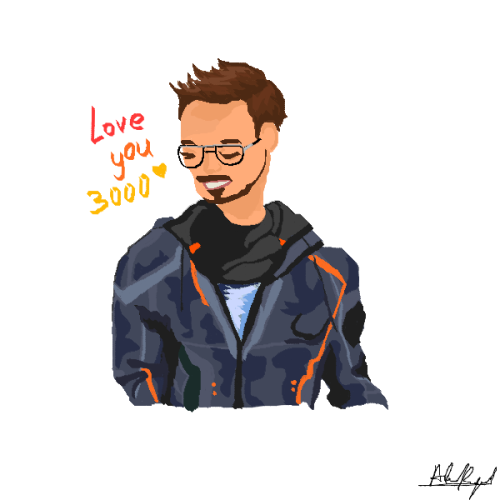 They’re a world my world revolves around

My sacred piece of solid ground

The flesh and bone that gives me strength to stand

They are a fire in my drivin’ on

The drive behind my comin’ home

The livin’, breathin’, reason that I am

A FRIEND. A HUSBAND. A FATHER.

I finally got to recreate the iconic “eating a donut in a donut” scene from Iron Man 2 out of Legos, just in time to use it for a little birthday card for Tony!

Birthday donuts for the birthday boy 🍩😄

also a fill for @tonystarkbingo (details below) 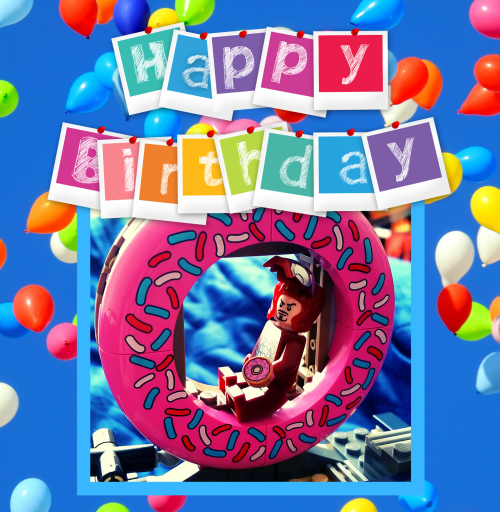 Forever a hero, just as he is.