“Thank you, Pamela”, Harley smiled before turning on her heel to walk down the steps in front of her. Back to her four walls. Back to Jay and back to a house of memories, now covered in ivy and crumbling in on itself.

Before Harley could take the first step down, she felt soft fingers on her wrist once again. The touch made her feel alive. Suddenly a livewire capable of setting everything around her ablaze.

“Pam -”, Harley started strong, but lost her voice as she turned around to face the woman behind her. If her home was covered in invasive ivy, crumbling the woodwork and foundation as it grew, Pamela’s touch was something lighter, more heavenly… It felt as if the woman’s fingers grew into roots and kept her stood in place, welcoming her into the touch with every moment of passing warmth between the two women.

If Harley were going to continue on with her thought, it was long gone to the chill in the air.

“Do you want to go cruising with me tomorrow night? It’s Saturday and the drive-in is doing an ‘after Halloween special’ showing of the Creature from the Black Lagoon half price. I don’t know if you’re into that scene, but I’d love the company”, Pamela stammered the last sentence out as fast as possible.

Harley would have sworn that her stomach flew into her chest.

“D-drive-in?”, she managed to stutter out the question half-heartedly.

“Yes, ma’am”, Pamela looked down at her fingers still wrapped around Harley’s exposed wrist. She released the woman’s arm slowly, letting her own arm relax to her side. “Only if you want, no pressure.”

Chapter 5 of the 1950s au is up!~
check out the newest chapter of human touch here

Wait like the NEW Harley Quinn cartoon? Really? Oh my, that would make a good reaction………

Truly, where is bisexuality and bisexual for humanity ? Will we ever find it?

oh fun! ive never gotten one of these before!

A oneshot drabble showing a look into the life of Peter with his ex-villain girlfriends. Spider-Man X Harley Quinn X Poison Ivy. 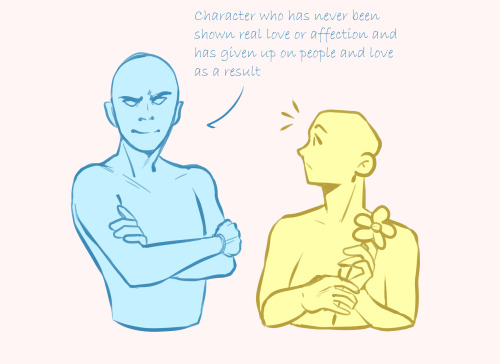 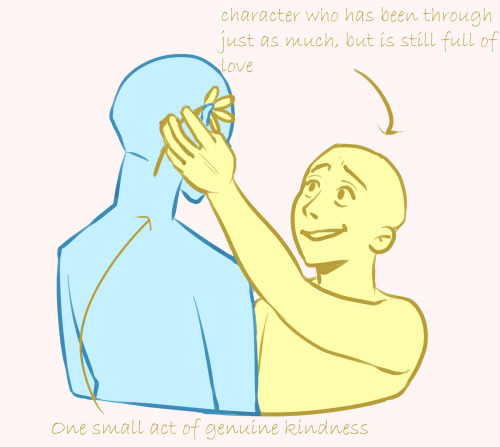 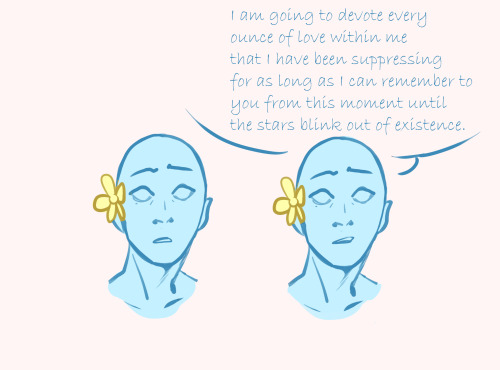 The looks on their face. 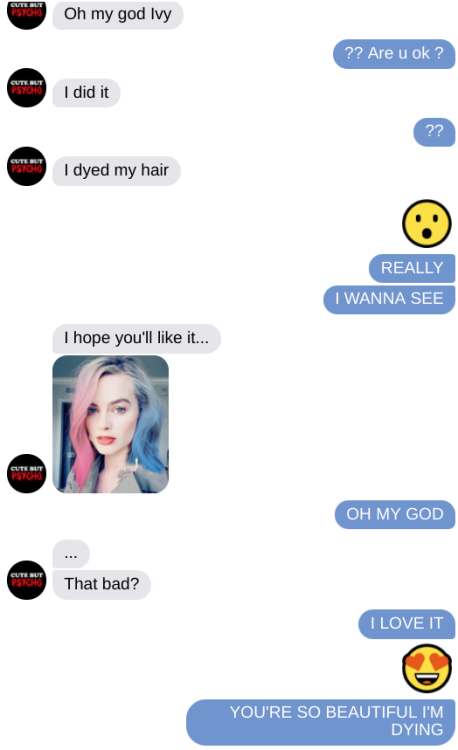 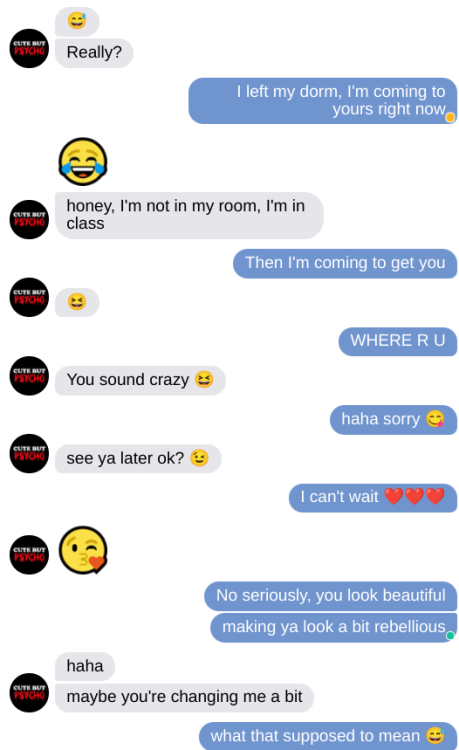 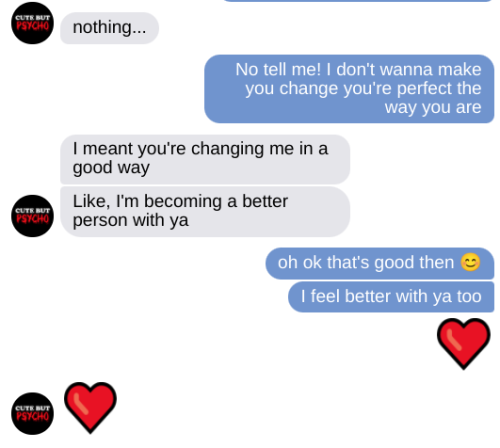 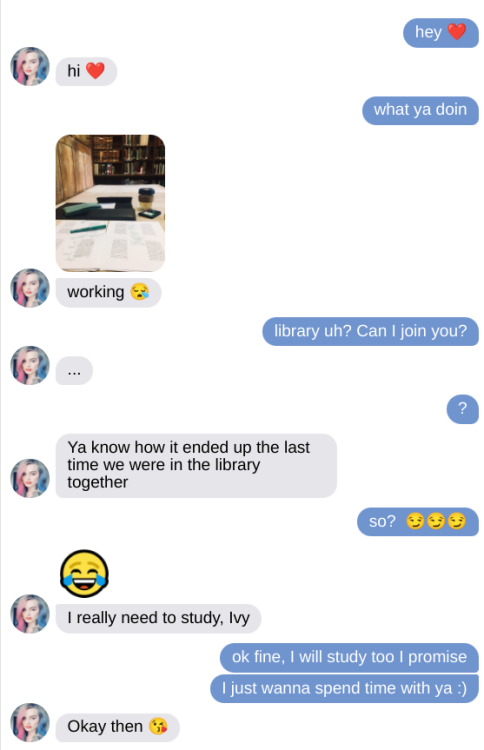 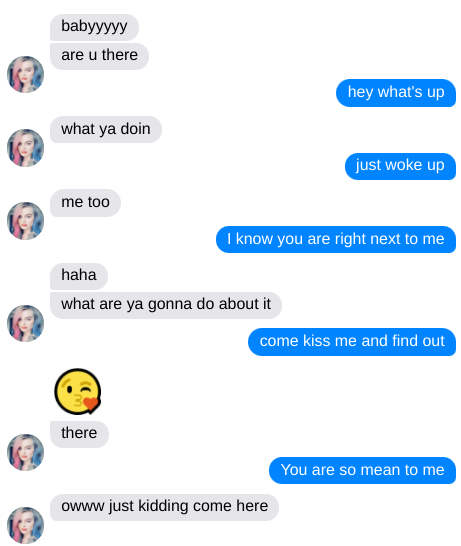 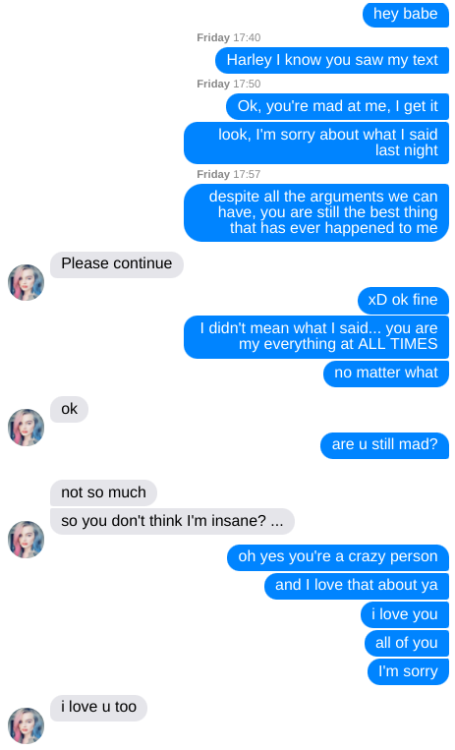 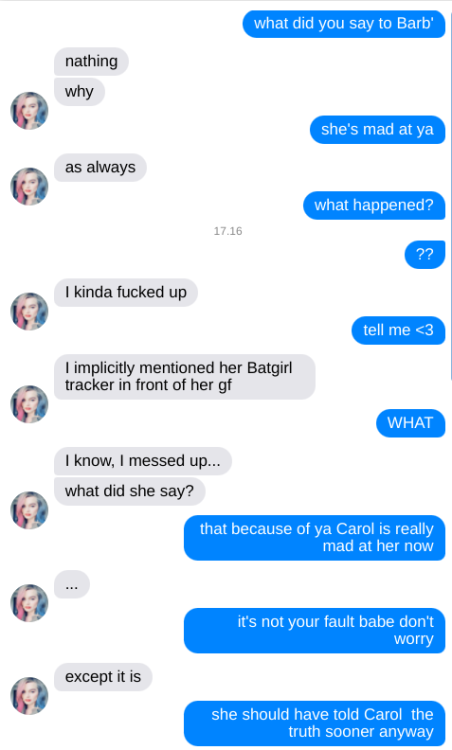 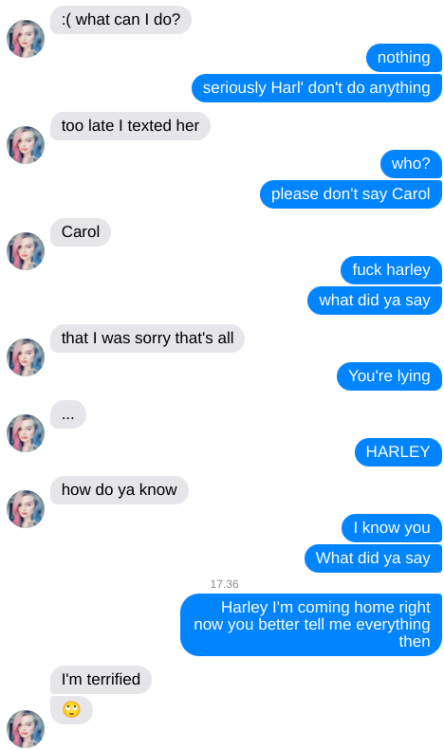 “ …… We can be each other’s exit strategy. Dr. Harleen Quinzel will you marry me? ”