Harry is my one brave Serotonin trying to protect the other 3.

Can we all agree that the harry potter fandom is just a bunch of previously gifted children trying to find comfort in their childhood ?

My opinions/ratings on Harry Potter ships:

Hinny: They are literally my biggest otp for life I fucking love them both so much I’ll die for them. {10/10}

Romione: They are my parents. That’s it.

Marthur: I just love them so much and they are my comfort couple, they are freaking amazing and deserve more recognition. {10/10}

Remadora: I just love them both so much they are super cute and they didn’t deserve to die. They should have been able to raise my baby teddy. {10/10}

Bleur: they are really underrated and Fleur got so much hate for no reason, she is honestly very pretty and bill is very happy with her. {9/10}

Neville/Hannah: we don’t know so much about this couple but I love Neville so much and since Hannah is a hufflepuff I gotta love her. But they seem cute.{7/10}

Luna/Rolf: I like Rolf grandfather newt so that’s a point right there. But they seem cute and fit each other. {7/10}

George/Angelina: the queen Angelina got with both twins so I gotta give her a point for that. But they seem alright with me. {3/10}

Drastoria: the only Draco ship I’ll accept because it made sense and they seem cute and Draco truly did love her and was sad because of her death. I also liked that they got together after hogwarts so that gave it time for Draco to change and everything. {8/10}

Jily: some fans just overhyped them too much and I thought I would love them but I don’t, I’m okay with them. It just not my kind of relationship that I will love.But points for sacrificing their lives for harry and they didn’t deserve to die.{4/10}

( I swear if I get attacked about jily I’m done.)

Lucious/Narcissa: they seem cute and they do love each other but I’m okay with them. {3/10}

Percy/Audrey: I honestly thought he would have married Penelope but I guess not. But they seem cute and alright. {2/10}

Alice/Frank: they honestly deserved so much better they suffered a fate worse then death and didn’t even know Neville was their son. But unfortunately we don’t know much about them so. {4/10}

Deamus: should have been canon and the only non-canon ship I want as canon.{10/10}

Harmione: never saw it more than a friendship and brother/sister relationship. {0/10}

Drarry: this is basically Dramione but with Harry. So no. {0/10}

Smily: as a big Severus snape fan. This is a big no from me. I just saw them as friends, I never wanted them to be a couple. {0/10}

Wolfstar: I see why people ship this but I just don’t and I feel like it won’t work out. But they are great friends. (point for just Remus). {1/10}

Severus/lupin: y’all just want a enemies to lovers ship and I can see why people went with these two. But I only see Remus with Tonks and tonks only. {0/10}

Severus/Regulus:this is actually my guilty pleasure ship but idk if it will work out because since regulus is related to Sirius. {4/10}

Bellatrix/Voldemort: I know that they had a kid and everything but no it would have just been a one sided relationship. Mainly from bellatrix. For some reason it reminds me of Harley Quinn and the joker but at the same time no. {0/10}

Percy/Oliver: this is another guilty pleasure ship of mine idk I just really like it. {8/10}

I just know I’m going to be attacked but fuck it.

Sirius:- I want to wake up with you for the rest of my life.

Sirius:- I want to go the bed with you for the rest of my life.

When you have to choose between what is easy, and what is right; remember the souls who lost their lives by going the wrong path.

He was presented with a new white mantle. He uses this mantle as a disguise to catch school children playing truant near the Forbidden Forest. 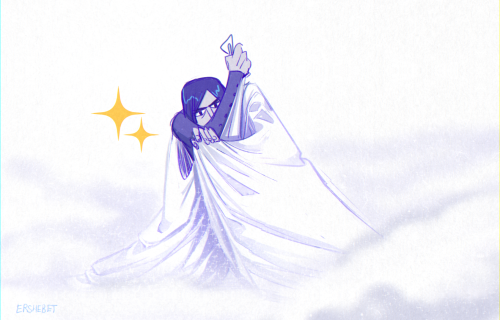 “Fred and George turned to each other and said together, ‘Wow, we’re identical!’

‘I dunno though, I think I’m still better looking,’ said Fred, examining his reflection in the kettle.”

Tonks: *trips and falls down a flight of stairs laughing*

Remus: I’m going to marry her

If goblet of fire was a game of among us

Everyone: I don’t know red kinda sus tho

Harry: no I legit saw black kill yellow he—

Voldemort: Na it was red

Everyone: yeah it was red

Ok, you guys. I just want for someone to write a long, awkward conversation between Remus and Dumbledore… where Dumbledore is literally comparing their love life’s and comparing Sirius to Grindlewald and, idk, I just feel like there’s a lot of golden unexplored content there and someone brilliant and funny enough to write it should and let me know so I can enjoy it.

Dumbledore would be, like, waxing poetically about loving someone and all the heartache and beauty it brings and Remus is thinking the entire time “Right, but Sirius is innocent and your lover basically wanted to make muggles extinct… not sure it’s the same—“