LOOK AT THEM THEY LOOKED SO HAPPY

#I'm crying, #they def deserve it, #they deserve all the happiness, #given, #akihiko given, #haruki given
4 notes · See All
squigglysquigglesstuffText

A coloring of Haruki and his nephew.

requested by @dirtpie39 (I lost their ask TT so I’m just gonna tag them because innovation 100) hope you like it!

akihiko: I’m going out to smoke. (walks towards the door and turns to haruki) haru, are you coming?

akihiko opens the door and lets haruki exit from the studio first. before akihiko could close the door, he peeps through the slim opening to make eye contact with uenoyama. akihiko smirks and winks at uenoyama, making him feel embarrassed, and closes the door like a whirlwind.

mafuyu, turning to uenoyama: what?

uenoyama, turning to mafuyu, terrified: what? I-I didn’t say anything.

mafuyu: yes… you did.

mafuyu: I heard you say “asshole”.

uenoyama, crossing his arms: your point?

mafuyu, corrugating his brow: but… there has to be a reason…

uenoyama: no, there’s positively no reason why I said “asshole”.

uenoyama, internally: why’s he staring at me like that? like he’s dying to know something. weird, but he looks so damn cute! wait, no, he’s trying to fool me, isn’t he? falling for his cuteness—his trap—and then telling him what’s on my mind. well, guess what, sato, I’m not backing down that easily.

uenoyama looks away, keeping his arms crossed. then there’s pure silence that only bothers him even more.

uenoyama, internally: my god, the silence is killing me! should I just tell him? I mean, it’s just akihiko trying to be suggestive. to boot, mafuyu and I are already dating, so I could just tell him whatever I’m thinking. but telling him would make me look… uh… well…

all at once, mafuyu pokes uenoyama’s side, startling him and making him withdraw. he narrows his eyes at mafuyu.

uenoyama: why did you poke me?

uenoyama, angrily: BUT— YOU— (groans) YOU BASTARD!

mafuyu pokes uenoyama’s side again, startling him again and driving him to distraction.

uenoyama, pointing his finger at mafuyu: poke me one more time, I dare you.

mafuyu: what’re you gonna do about it?

uenoyama: and how would you absolutely know?

uenoyama rolls his eyes, taking in that mafuyu’s right.

uenoyama, tilting his head: for?

mafuyu pokes uenoyama again. this time, he doesn’t flinch but only clenches his fists.

uenoyama grips mafuyu’s wrists in a flash, restraining him, and tickles mafuyu’s sides with his other hand, making mafuyu twist his body continuously.

uenoyama, mockingly: it does? I didn’t know!

mafuyu manages to slip out of uenoyama’s grasp and tickles his neck, making him laugh furthermore.

uenoyama, laughing: tickle me there and I’ll tickle you more!

they’re both a laughing mess as they do their best to tickle the other’s sensitive spots. in no time at all, they become ready to drop and little by little stop tickling each other, but they’re still giggling to themselves. mafuyu closes his eyes and sets his head on uenoyama’s shoulder as they hold each other’s hands.

uenoyama, madly feeling embarrassed and doing his best to calm down: uh, y-yeah, I, uh, I love you too, mafuyu.

uenoyama kisses mafuyu’s head and sets his head on top of mafuyu’s, closing his eyes and smiling to himself.

uenoyama: but if you ever poke me again, I’m stealing your red gibson.

haruki, peeping from the side of the glass window of the door: should we just go in there?

akihiko: nah. let them delight in this moment. in the meantime, care for another cigarette with me?

I really want to play this song with a band bc

FUYU NO HANASHI by The Seasons/Given

I already DMed a bassist… Just need the guitarists and vocalist.

He got NO BUSINESS—

Being as pretty as he is!

#haruki nakayama, #haruki given, #given
48 notes · See All
i-guess-thisismetryingText

#given, #akihiko kaji, #haruki given, #kaji given
10 notes · See All
harukis-cigaretteText

#given, #haruki given, #mafuyu sato, #akihiko kaji, #I’m being sarcastic Mafuyu could keep yapping about it but fr someone save Haruki
6 notes · See All
jetblackmangaText

#open the picture for a clearer read, #jetblackmanga on given, #given, #haruki given, #kaji given, #given manga, #mafuyu given, #uenoyama given
20 notes · See All
rtt3nText

Manga: Given / ギヴン  by Natsuki Kizu

I am in LOVE with the given manga covers. Just look at how beautiful they are!

Welcome back everyone! It’s been a while, but while we’re still in this trying time why not spread some happiness and exchange some gifts?!

What is the Christmas Given Exchange?

The Christmas Given Exchange is essentially a Secret Santa event! If you are unfamiliar with what a fandom exchange/secret santa event is, everyone will sign up and each person will be provided with a recipient to anonymously provide a gift to until everyone is revealed. Just like last time we will be accepting both fanfiction and fanart!

What are the requirements?

Glad you asked! Below will be the tentative schedule, which can be subjected to change as needed. If you have any questions, you can send an ask here or email givenexchange@gmail.com! 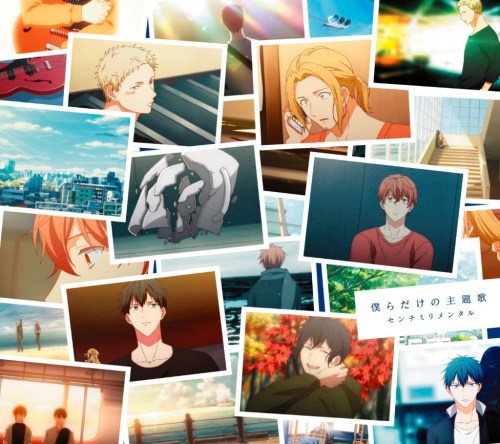