Bird boy has me feeling a type of way 💦💦

So i know a lot of people are mad at Hawks right now, saying that there is no excuse for murder but uh,,,,

1st things first. Hawks is a Hero and Twice is a Villian. I know that Twice is a nice person and he has a backstory that has a lot of us loving him and being able to relate in one way or another. But he’s still a bad person. He’s still a villain who commits crime, even before his mind was “split” he did bad things. the split just didn’t help that.

I know he seems very sweet and he just wants to protect his friends but the thing is Twice is Strong. It was even stated multiple times that with his quirk he would be able to help the villains win and (likely kill) beat all the hero’s.

Now lets think about the actions Hawks took. I know a lot of us feel like he betrayed Twice (Twice himself included) and he did. Theres no sugar coating that. But we knew this was coming. We’ve know that Hawks is a double agent and the information he got out of Twice is helping taking out the Nomus (you know, the big monsters that could easily kill civilians)

But what people don’t seem to be talking about is all the chances Hawks gave Twice to back down. He verbally told Twice that he didn’t want to kill him, that he didn’t want to fight. All he wanted to do was to keep Twice occupied during the Hero’s raid to keep the overall injuries/casualties down. You know, doing his job as a hero to protect the public.

He even saved twice from Dabi’s fire.

Killing Twice was a last resort. Hawks made it very clear that he didn’t want to do it, that he thought Twice was a good guy who just needed some help.

Im upset by all of this too, I really related to Twice, I’m hoping that maybe some way some how he is okay ( i know its unlikely) but at the same time, I can recognize that Hawks was doing something to protect people. The same way that Twice wanted to protect his friends.

Everyone really out here coming for hawks bc of twice like??? Are you not capable of seeing why Hori chose to do what he did??? Like??? Hello???

#tryna keep it rather unspoilery and stuff, #but like come on, #guys, #really, #really???, #someone debate me on this please, #river rambled, #potassium, #bnha spoilers, #hawks
4 notes · See All
saberwulfePhoto

this is exactly how it happens. every. single. time. 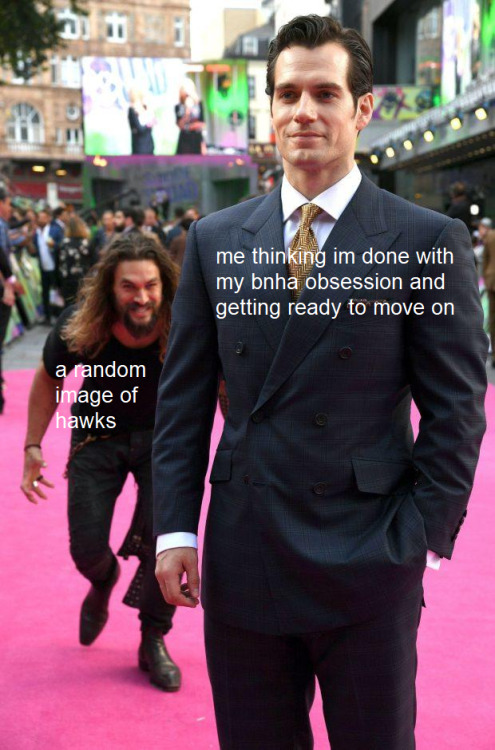 #i know i make a lot of memes about him i just think hes neat ok, #i swear ill do something different soon, #hawks, #keigo takami, #bnha hawks, #mha hawks, #my hero academia, #boku no hero academia
15 notes · See All
thepukefaceText

Keigo Takami. That’s all I have to say for now.

Just some brief thoughts that have probably been said already:

I know I’m not the only one who thinks Hawks really wasn’t going to kill Jin after seeing this panel of his inner monologue.

And I was really happy about that, that is…until he got away and was told by Dabi to go wild.

My guess is he wanted to threaten Jin enough so he would give up fighting him so he wouldn’t have to kill him but that’s just a guess im low key still in denial he’s dead and there’s this good post that’s keeping it alive :’) just posted by @waxwingedhawks

The other thing is I’ve seen the question of “why didn’t hawks just take jin out with one blow instead of letting him talk for a minute?” which leads back to my thought above, but my other thought on that is realistically speaking, he really could’ve, we’ve seen him do it.

But from a writing perspective that would’ve been boring, not impactful at all and a HUGE disappointment. He wouldn’t have gotten to say goodbye to anyone or his last words. We wouldn’t have gotten the beautiful sad scenes of Toga hugging twice’s clone and him giving back her handkerchief. Even though all this was so unexpected and sad I love these scenes so much and think the way horikoshi handled this was excellent. And now I’m bracing myself and are prepared to accept whatever hells awaits our chicken cause love this story too much and will enjoy it regardless of any pain I suffer from it. Idk even know what I’m saying anymore I tired af but anyway

#shut the fuck up and enjoy the series y'all, #tired of comin back on here and still findin some morality war bullshit, #its kinda getting old now, #bnha 266, #mha 266, #hawks, #keigo takami, #twice, #Jin bubaigawara
11 notes · See All
lavendurrrrrrText

I love Twice so much but he is the villain, he’s a great and sympathetic character, but he is the bad guy. He was going to go and attack and kill all the heroes. Hawks did what he had to do to protect everyone, to be a hero.

Lads. Lads. I fucking was scrolling through yt and I see this mf pop up out of fucking nowhere like I haven’t waited for this man ever since I saw him in the manga

#im talking about hawks if that isn't obv, #i dont watch the anime i read the manga, #its only because i have a short attention span so i cant sit through an episode, #BUT TODAY IS THE DAY I FUCKING WATCH EP 87 BECAUSE LADS HE CAME HOME, #i HAVE WAITED FOR YOU EVER SINCE I STARTED THIS SHITTY ASS BLOG, #im very excited basically, #FUCK DUDE LIKE THIS IS WHAT IM HERE FOR, #hawks, #takami keigo, #bnha, #boku no hero academia, #my hero academia, #ep 87
3 notes · See All
0yensidText

I’m gonna be honest, didn’t realize Hawks killed Twice until I saw people hating him for it. And even now I’m not quite sure about who hit who in that room tbh. Anyway Hawks was 1 vs 2, he did what he had to do. I love the LV as much I love heroes, but a situation like this was bound to happen. It’s what made Hawks arc so interesting. 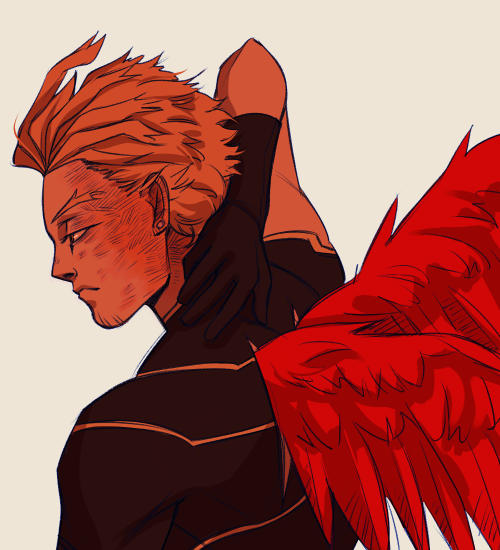 Part 2 of me losing my mind after the last MHA chapter. 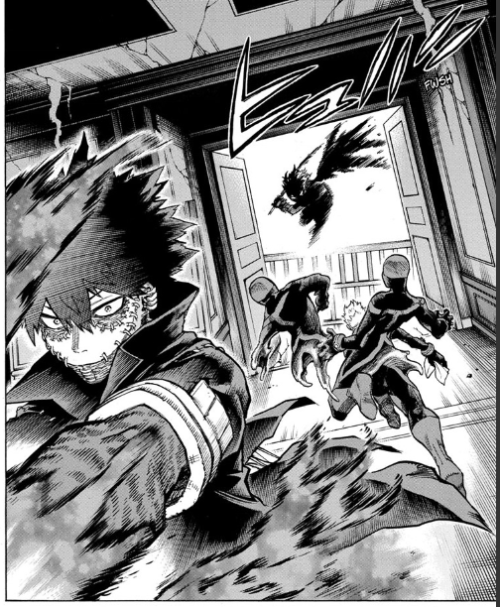 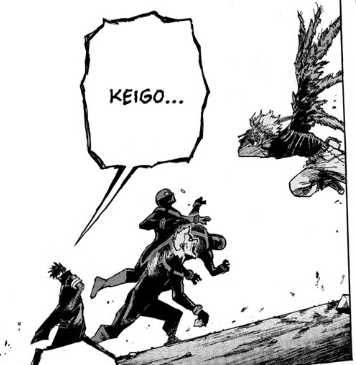 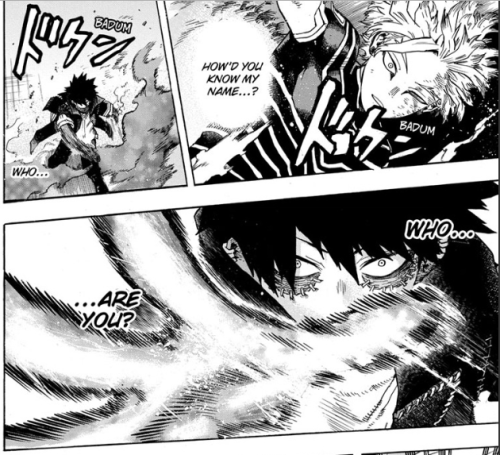 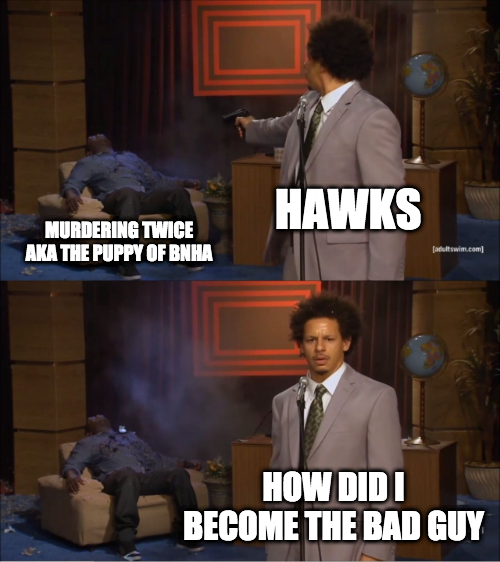 #i too do not know where he is going, #bnha hawks, #boku no hero academia, #hawks, #my hero academia, #doodles, #my art, #AAAAAAAAA
13 notes · See All
hoodie-loverLink
My Biggest Mistakehttps://www.youtube.com/watch?v=656hjpAofuY

I KNOW HE WAS A VILLAIN BUT WHY?!

Also because karma is a *itch, when spoliers happened the song reached the 2:40 mark, and I balled my eyes out. I have a fast reading speed and it hurt so much.

1. Let’s look at something here; Hawks is still internally monologuing that he wants Jin ‘alive’.

Notice, he’s basically been doing anything to cut tendons and weaken Jin. Make him less mobile, make him weaker. And he wants to carry him out and ‘…’ - is it really going to be killing him when he’s avoided vitals so far and only murdered his clones (remember 265 had the clone rising from Jin’s face into the feather knife).

2. Hawks and Dabi are generally the ones dispatching Jin clones through the chapter - Jin really only has (1) clone make it through. How? It jumps down some stairs.