Gasters rated by how offended they would be if someone pointed out that they don’t have a nose hole:

Undertale Wingdings- (”You- Wh- EXCUSE ME?! Do you blatantly point out the scars of every human you meet? And the proper terminology is ‘nasal cavity’ thank you very much.”)

Underfell Wingdings- (”You want your nose removed!? Didn’t think so. Fuck off.”)

Underswap Wingdings- (”Yes, I am acutely aware, and I did not need you to point it out.”)

Outertale Wingdings- (”You realize that’s a bit rude to draw attention to, right?”)

Dancetale Wingdings- (”I- Yes? Is that relevant?”)

Swapfell Wingdings- (”Is there a reason you’re pointing out the obvious or..?”)

Birdtale Wingdings- (”I know! And yet I can still smell, isn’t that strange? I actually have a theory about that-”)

Sherlock Holmes dating a Reader as smart and as observing as him [H.C.]

By “as smart and as observing as him”, I meant that the Reader knows how to deduce and is a smart person. (GenderNeutral!Reader) 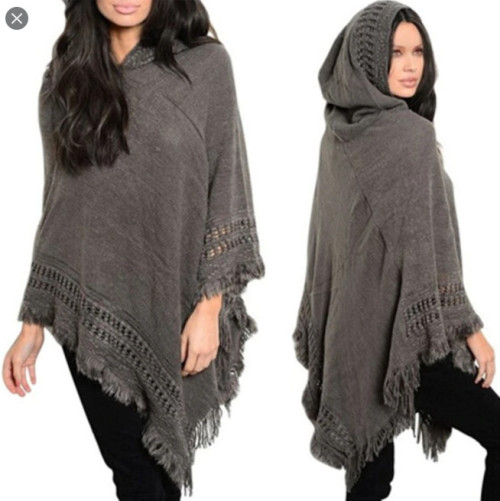 Carl: So there was this one time I tried to join their team and they kicked me out despite not doing anything wrong bc they couldn’t believe I could be good. And yeah it stung but hey, what can you do?

Kikaza: But Merus, you’re really cute! Like you’re so adorable, I could just pick you up and hug you like a teddy bear!

bitch!!! i just realized i can write monster boyfriends!! bye

#IVE JUST BLOWN MY OWN MIND WHAT, #monster boyfriend, #monster girlfriend, #dude how do i even tag this, #imagines, #headcanons, #x reader, #terato, #robophilia
1 notes · See All
previouslysaltyfandombratAnswer

Who said “I love you” first?
Luke does, Reggie is too nervous to say it first.

Who would have the other’s picture as their phone background?
They both would, but they would have pictures of them together and not just the other person.

Who leaves notes written in fog on the bathroom mirror?
Luke, but Reggie can never read them.

Who buys the other cheesy gifts?
Both of them would enjoy seeing who could buy the cheesiest gifts for the other person.

Who initiated the first kiss?
Luke probably did, considering our little chemistry scene. He would be very nervous about it, though.

Who kisses the other awake in the morning?
Neither would, really. Luke would try it once, but Reggie sleeps like the dead (no pun intended) and it ends up being less than romantic.

Who starts tickle fights?
Both of them do, they’re both such little dorks.

Who asks who if they can join the other in the shower?
I feel like Reggie definitely would.

Who surprises the other in the middle of the day at work with lunch?
Luke! He’s trying to be thoughtful.

Who was nervous and shy on the first date?
Both would, but Reggie would be the more nervous one.

Who kills/takes out the spiders?
Neither. They either get Alex to do it or they just suffer.

Who loudly proclaims their love when they’re drunk?
Both would, absolutely. I think Luke would be worse about it, though, the man can’t keep his mouth shut when he’s been drinking.

✉︎request: there are very many things in my docs unfinished rn but i decided to ramble about sunshine husband instead
✰warnings: none, fluff
✎a/n: please keep sending me asahi asks im actually genuinely in love with him

Sometimes I’m like, “Skeletor is obviously gay! Evil-Lyn is his best friend! Stop shipping them ya damn heteros. It is possible for men and women to be friends without sleeping together, ya know! Why must everything be about sexual tension? Relationships can be deep and platonic, ya know!”

Other times I’m like, “Not only are Skeletor and Evil-Lyn sleeping together, but they’ve been married for 20 years and their kids just went off to collage. They’re experiencing ‘empty nest’ for the first time in almost two decades and decided that taking over Eternia together would be a fun couple’s activity.”

Hisirdoux is not much a melee fighter– not that Merlin has yet allowed him many lessons on combative magic yet, anyway– but he did grow up on the streets. He looked harmless, but he had been forced to defend himself more than a few times. As such, he doesn’t own many weapons, nor quality ones at that, but he does have a small knife he’d swiped from a passing palace guard– he was quite sure the man had plenty of access to replacements. Hisirdoux wouldn’t claim to be a warrior by any measure, but if he had to, he could hold his own. Usually, he also had Archie’s help, so generally, his need to fight another person was tempered by his own familiar’s help.

It’s Morgana who notices that Hisirdoux carries the knife in a sheath on his belt, hidden from plain view by one of the packs attached at his hip.

It is also Morgana who asks him if he knows how to use it.

In an anxious, ramble-y way, he roundabout gets to his answer, which boils down to: yes, but no. (He was still new to everything, and could barely believe that Morgana was even talking to him, much less trying to learn something about him).

Morgana offers to train him, then. Of course, first he needs a proper dagger. She almost throws out his knife, as it is considerably dulled, but he saves it before she does, unable to part with it. It is a rare physical possession of his that he procured on his own. (He is still afraid that if he gets sent away again, he will lose whatever possessions have been given him in his stay at the castle).

Still, she makes him practice with the good dagger that she’s given him, and while it’s a touch different than some dull, glorified kitchen knife, he is able to adapt what he’d been doing on instinct into actual technique. He is not exactly planning on becoming a master melee combatant, but he can hold his own, and Morgana does not fear his competency with blades any longer.

When he gets far enough in his lessons with the dagger, she begins teaching him staff tricks sans magic, but those are even more secret than the secret dagger training, because Merlin would kill her if he found out. She just thinks it’s sweet how excited he is at someday getting his own staff.

Okay so because I don’t have a name for Narcissa’s girlfriend atm, I am just making this called “Narcissa Headcanons”. Also if none of this makes sense it’s because I have a fever of 102.4°F and could be slightly delirious. But, without further ado, trans!Narcissa, her muggle girlfriend and her adopted/step daughter. Also, yes I know the timeline is messed up but shhhhhh no one needs to know.

incredible. thank you for sharing!

i used to, yeah. i had a lot on my mind, back then, so i’d just find someplace to sit and think. i was comfortable around iwai, so a lot of the time, i ended up hovering around there.

Sterling has sworn off recruiting to SHIELD. He will re-recruit former SHIELD agents or recruit to his department from other departments but he will never again recruit a brand new agent. He has had nothing but bad experiences from it and 2/3 agents he has helped recruit or suggested for recruitment have died.

He just doesn’t feel he is the recruiter type. He will mentor or become handler for an agent but he just doesn’t want to try recruiting for a while if at all.

so these headcanons are generally for the college-dwelling ones in @tamrielbymemai ’s fic, crossed by magnus! if you haven’t read it already, highly recommend it.

credit to mems and @shady-skooma-dealer for their awesome wisp headcanons! i don’t know how you turned floating balls of magic into something so cute, but it happened, so-

so basically Lance is voltron’s emotional support animal and no one can convince me otherwise.

Shuichi can’t clap a rhythm for his life. Like he can’t keep a steady beat even if it’s like wheels on a bus he would absolutely fail.

Oh you know I do!

oops didn’t mean to link it