“Her libido is cosmic, just as her unconscious is worldwide. Her writing can only keep going, without ever inscribing or discerning contours, daring to make these vertiginous crossings of the other(s) ephemeral and passionate sojourns in him, her, them, whom she inhabits long enough to look at from the point closest to their unconscious from the moment they awaken, to love them at the point closest to their drives; and then further, impregnated through and through with these brief, identificatory embraces, she goes and passes into infinity. She alone dares and wishes to know from within, where she, the outcast, has never ceased to hear the resonance of fore-language. She lets the other language speak-the language of 1,000 tongues which knows neither enclosure nor death. To life she refuses nothing. Her language does not contain, it carries; it does not hold back, it makes possible. When id is ambiguously uttered-the wonder of being several-she doesn’t defend herself against these unknown women whom she’s surprised at becoming, but derives pleasure from this gift of alterability. I am spacious, singing flesh, on which is grafted no one knows which I, more or less human, but alive because of transformation.”

—Hélène Cixous, “The Laugh of the Medusa.”

“Perhaps all the dragons in our lives are princesses who are only waiting to see us act, just once, with beauty and courage. Perhaps everything that frightens us is, in its deepest essence, something helpless that wants our love.” ― Rainer Maria Rilke, Letters to a Young Poet

“You only have to look at the Medusa straight on to see her. And she’s not deadly. She’s beautiful and she’s laughing.” ― Hélène Cixous, The Laugh of the Medusa

“The Laugh of the Medusa” by Hélène Cixous 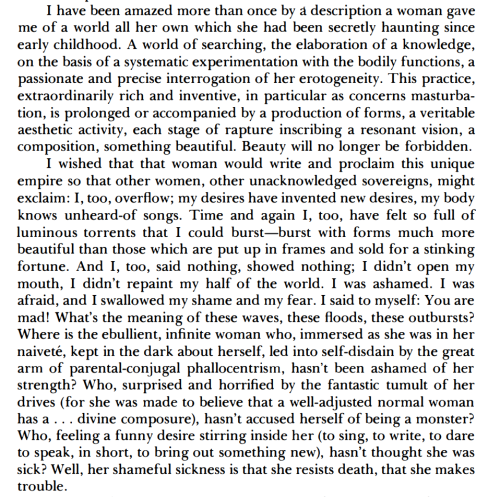 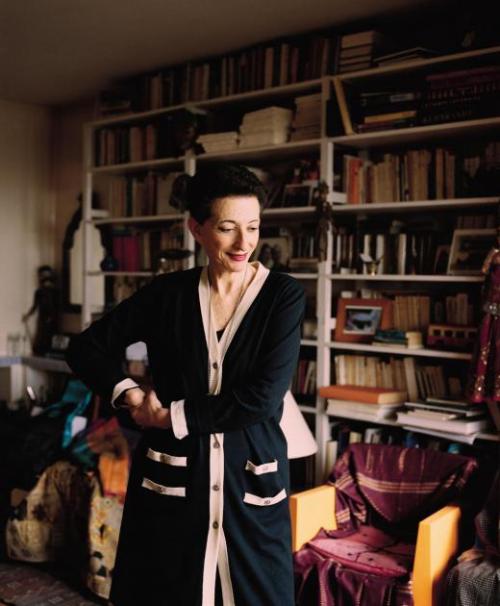 its been years since i last read cixous but oh man she, sentence to sentence, still absolutely blows me away