Nesta wasn’t the type of girl to be out cheering for her school team. Her sisters were—one of the reasons why their relationship wasn’t as strong as other siblings’–but Nesta was perfectly content to sit in her favorite corner of the library. Large windows on either side of her to illuminate her favorite words and far enough from the over-eager crowds of her classmates.

The book was one she’d read hundreds of times. Nesta had found it on her mother’s night table when she was fifteen. Just as the family of, suddenly, four were clearing her things to donate. Nesta’s mother died in a car crash. Her suffering was quick, they’d said, but the one she left behind was still on going.

It was romance. Not the kind her mother would want Nesta to read, that much was certain. But Nesta had fallen in love with the characters, with the story. She couldn’t put it down. She’d dog-eared her favorite pages, underlined her favorite passages. It was well and truly loved, and you could tell by just glancing it. The book was not to be found at a school library, so if she ever brought it out, she’d make sure to hide it behind another. A Dickinson or Shakespeare one, depending on the day.

Friend: Grab the little ones!

Other friend: I have to walk home.

Friend: Grab that one too!

Kid: I have an umbrella guys!

honestly I can’t wait to just go to a museum after lockdown and stare and some random paintings and romanticise the shit out of them, make stories and all this in my head, like just this i need rn

So, remember that our schedule rotates- students have two classes for long blocks of time everyday for two weeks, then flip to their other two classes- but at the beginning we do orientation days so we can meet all of our students quickly. So I met my APUSGOV students today, and I’ll meet the freshmen, who will be in World Cultures for the next two weeks, tomorrow.

There’s so much information to give out on a first day, and my voice is totally shot, but I taught a really good lesson once I got through all the basics. I started with an activity I’ve typically done much later: having students list the people, media sources, events, etc… that have been agents of their political socialization (I listed mine on the board at the same time). We discussed what we’d written (this included a hilarious tangent about TikTok), and I asked them to think about what the agents of political socialization would have been for our founders. That led into a discussion about how that shaped Articles of Confederation and then the Constitution- and also the opposition to the Constitution. We dove into Brutus 1 as a class, with me asking some guiding questions to help them grasp the points of his argument. They’ll read Fed. 10 and 51, and the Constitution between now and the next time I see them, and we’ll rock and roll from there.

Some amusing quotes from class:

“I don’t understand Tik Tok, it makes me feel old, and, by the way, Helen Keller was definitely real.”

“All the documents in favor of the Revolution basically say the same thing: natural rights, taxes, and King George sucks.”

"So this is arguing that states have no peaceable means to oppose tyrannical actions of the federal government. Hey, spoiler alert…”

“Imagine if the author of Brutus 1 had Twitter, though. How long would his threads be?”

I think it’s going to be a fun semester.

There was no track practice today because The Head Coach had family stuff to take care of, and he hadn’t realized I’d re-upped my CPR/First Aid certification last week so I could run practice myself, but I’m kind of glad because it was nice to sit at my desk and take a breather. Plus, Mr. W came in and we ended up chatting about how life and teaching were going, and we hadn’t gotten to do that in a while, so that was good.

“You really seem to catch the personality of your subjects and bring that out.
Jackson noticed how all of the pictures are not simply a smile, but other varying expressions.”

High School Senior Portraits is an ideal opportunity to finish school with a bang. This is your time to shine, to show who you are and to brag a little about your accomplishments.

During our pre-session consultation Jackson expressed a wish to have a body of water in the background. The McConnell’s Mill State Park, with its huge rocks and moody atmosphere, fit perfectly.

Jackson looked dashing in his dark suit and purple tie. His trumpet and trombone added elegance to the tranquility of the ancient rocks and fall foliage in the background.

When we arrived to the location around 4pm, the sun was already setting behind the rocky hills, so we had to act quickly to make the best of the available light. Because Jackson was wearing glasses, posing took a little more precision to avoid eye glass glare and face distortion. We shot a mix of natural light and off-camera flash images to ensure a variety of looks to choose from.

While Jackson was changing into his more contemporary denim outfit, we did a portrait session with Valerie, his mother. Yes, this is the show time for the seniors, but who was always there by their side? Mom deserved her moment to shine, too. We even fit a mini family shoot at the end of the session because it felt right.

Student, throughly annoyed: “If you’re going to ask people to do your work for you and they refuse, at least remember their face that way you don’t ask them again.” 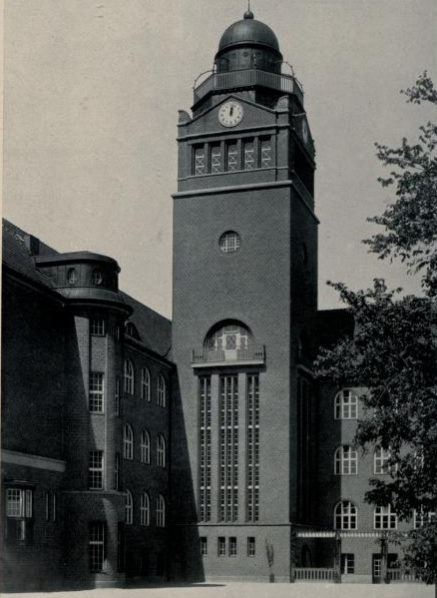 I remember when I was a junior my senior friend told me the suit they had to buy for senior yearbooks pics was actually not bought, u just showed up and they put like a bib on u…. I thought he was joking I really thought he was tryna pull one over on me… then I show up for my senior portraits and…. it’s just a mcfreakin bib

therapy isn’t free, but this is, so whatever

when i was a freshman in high school we had to read Romeo & Juliet.  i wasn’t a huge fan of this particular work of Ol’ Willy, but that is not what i’m here to talk about.

my freshman English teacher was a Catholic woman and this was a public school in the US, so theoretically there should not be an influence of religion, but ya know, a lot of aspects of America are supposed to be free of influence ain’t exactly that good at following that.

anyways, back to Romeo & Juliet…

the wall of free will ended up being me and two other girls, out of a class of more than 25.  those who believed in a mix was about 5 kids.  the remainder believed firmly in the concept of fate or at least in a lack of free will (in major life events).

what she did next was what i have an issue with

she went down the line and asked each kid what their religion was.

however, we were freshmen and had been taught obedience most of our lives and most of us knew that in an argument of they said/ they said, the teacher would win

so eventually, she gets to me. i tell her i’m an atheist and i don’t believe in God.  she responds by asking me what my parents are.  i tell her my parents are also atheist and that my data hasn’t been to church in over 45 years (at that point, been a helluva a lot longer now) and that was simply to escort an elderly aunt to an Easter service.  she responds by telling that that means my dad is Catholic and therefore i’m Catholic.

i just hate how alienating this experience was to me overall.  freshman year there were only about 6 kids that were openly atheist in my grade (the numbers would increase a lot after graduation) out of a class of about 250.  so most of my classes i was the only person who wasn’t religious.

but anyways i couldn’t really report this teacher because i knew some of her near relatives were involved in local politics (and this was a small town, so i’d learned early on to choose my battles with the school administration)

anyhoo, this wasn’t the only time that my school operated on the assumption that everyone was Christian and of a similar Christian sect despite the fact that it was, ya know, a public school.  but this is the memory that is irritating me the most right now in retrospect

gotta love anonymous love letters about u on classroom walls♡