Some Atsushi x Murochin from June 2020. Endless food and cuteness. 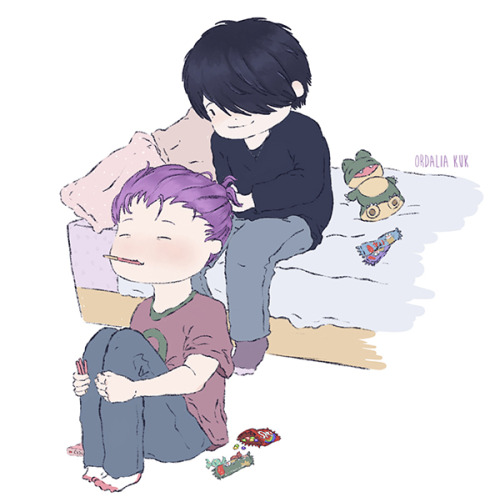 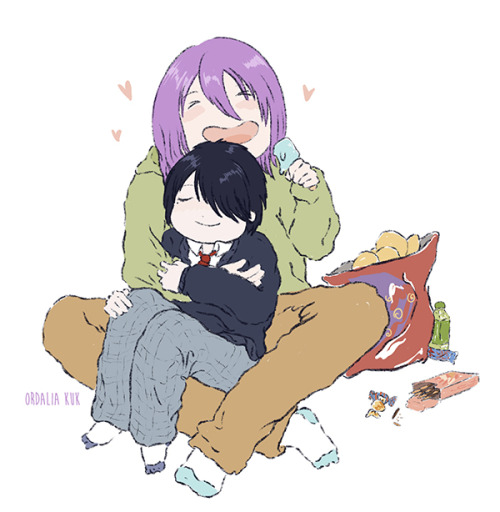 How you managed to barter a candy cane from Murasakibara may never be known but Himuro was ready to break the piece of candy in half before throwing it away. You were sitting next to him at lunch, having joined him and Murasakibara in the cafeteria, poking him with the sticky end of the candy cane that you had sharpened into what some would consider a deadly weapon. His jaw twitched as you poked him yet again, but he was determined to not lose his cool. Himuro sat facing forward, trying not to give you any satisfaction, simply counting down the seconds until you would poke him again, when the next poke didn’t come he glanced over at you out of the corner of his eye only to be startled that you had moved much closer to him. You giggled as his shocked expression while Murasakibara grumbled under his breath about the two of you. Himuro rolled his eyes before turning to face you, ready to say something about being poked but when he looked at you, you had the candy cane in your mouth, savoring the flavor and his thoughts promptly dropped into the gutter and his face turned red causing you to worry. “Are you alright?” you asked peering at him, eyebrows creased as he turned away muttering, he was fine. Murasakibara scoffed and told him to keep his food fetishes in the bedroom causing Himuro to choke on the water he had taken a sip of and you to burst out laughing, realizing the cause of his discomfort. Himuro just looked up at the ceiling knowing that he would never be able to look at the stupid candy again without seeing you.

A/N: this is fluff

Himuro stumbled in your shared apartment and after kicking off his shoes he threw himself down on the couch, plopping his head in your lap while muttering about purple giants who eat too many sweets. You smile fondly at him, running your fingers through his hair has he starts to relax. After several minutes Himuro turns his body so he can press his face against your stomach, nuzzling his nose against you. Just as the two of you are about to doze off for a little cat nap the front door slams open again and a thundering Kagami practically rips his shoes from his feet and throws them at the shoe cubby. You and Himuro watch, not sure if you should be amused or worried at this point.

#LESBIAN ALEX LESBIAN ALEX LESBIAN ALEX, #is everythign, #ur take on himuro i'm. holy shit this is perfect ur so right *SCREAMS*, #yeah its rlly kagami's devotion that blinds him and he needs to like... get time away from himuro and be able to understand that himuro's, #human too. that being said himuro def needs to apologise and make up for it bc nothing excuses being jealous of someone u promised to, #protect. explanation yes excuse no, #KAGA+HIMU'S SHITTY ENGLISH IS LIFE, #ZE ACCENT, #i mean im not one to talk *looks at my tamil aunty accent* but ITS HILARIOUS, #alex's kids got the fashion sense and the dumbass gayness divided evenly b/w them, #by which i mean himuro got the fashion sense and kagami got the dumbass gayness, #also u shipping aomine w/everybody is like 1002039992939% valid, #TRANS FERAL CHILD HIMURO YES IM CRYING HERE VEE, #vee, #knb, #himuro, #alex, #ceru babbles
3 notes · See All
izukillmeText

#himuro, #knb, #I DONT ACTUALLY HATE HIM AKKDJFKSKDKD, #he's one of those pretty stoners, #that's all, #ceru babbles
8 notes · See All
ordalia-kukPhoto 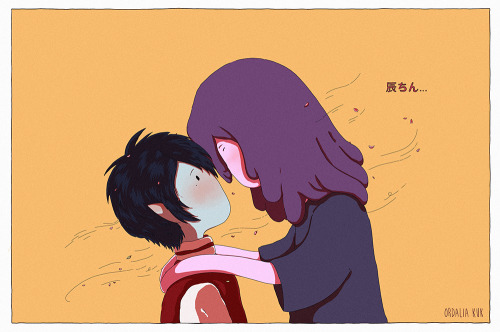 Notes: this is a little fic about himuro self-reflecting and realising how much of a petty shit he was! i really enjoyed writing it and i hope you guys will enjoy reading it just as much <3

#himuro, #kagami, #izuki, #kuroko no basuke, #eagles were born to soar, #well its the same universe so i figured i'd tag that
1 notes · See All
ordalia-kukPhoto

Still digging the amazing quotes by kids I found on the IG account (livefromsnacktime) and the Adventure Time MuraHimu AU.

I’m having so much fun working on stuff like that~.

For Murochin it was trickier since Marceline/Marshall Lee’ designs are pretty awesome but their personalities don’t really fit Murochin’s.

Anyway, he really looks good like that, plus he can now float around which is soooo convenient to get to Atsushi’s level. 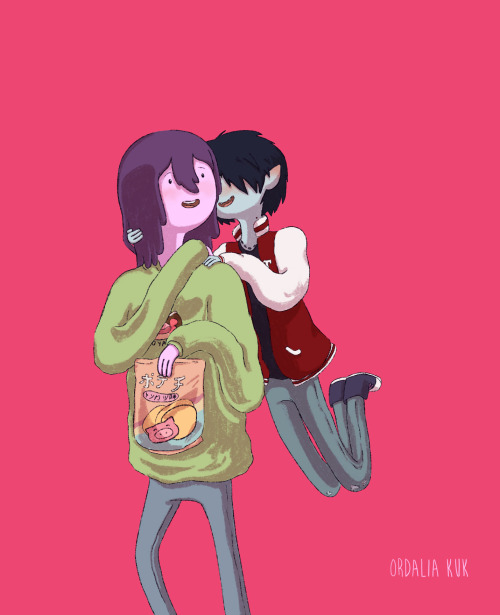 #izuki, #himuro, #knb, #ceru babbles, #fight me on this i dare you
21 notes · See All
yuliqhtText

Here is a crossover part with some different characters for a change :D Hope you will enjoy this one as well.

Hello! I do not write for Hanamiya as of now,,, but I would write for him soon so I’m sorry if this would only include himuro,,

HC: Himuro as your boyfriend (+how he gets jealous)

bro he is our sweet pan king, but i respect him being bisexual too. i could see it, but himuro is such a sensual person, i feel like he’s just attracted to auras + gender doesn’t matter to him :)

okay so absolutely because i’ll write anything for my yosen boys :3 i hope you enjoy

ps. these will be in reaction format :))

fukui kensuke would be kinda surprised but also kinda scared. he’d be like ‘bro what are you trying to prove’ but also like ‘LEMME SEE YOU TRY’. it takes him a while to answer because of his inner turmoil–and he doesn’t want to feel less masculine. he knows he’s on the shorter side and he doesn’t wanna be shown up by his girlfriend, BUT he ultimately decides to let you do it. he’s a bit skeptical in the beginning as you prepare to pick him up but then when he’s in your arms he’s internally freaking out. why does he think it’s kinda hot that you can carry him? this leads to fukui challenging you to so many other things.

himuro tatsuya is so concerned for your well being. he’s wholly confused as to why you would need to show him that you’re just as strong, if not stronger, than him. he believes in you so much already and is so supportive, he starts to question if he ever made you feel like you were less than him, but he decides to let you do it in the end. once you’re in his arms, he’s laughing nervously + he’s got his arms SO TIGHT around your neck. he’s a bit afraid that you’ll drop him but he believes in you the whole way. AFTER YOU PROVE THAT YOU’RE A BOSS, you set him down + smiles proudly at you, telling you that he didn’t doubt you for a second. you tell him that you could hear his heart beating so hard against his chest + tell him that lying is a sin. would never let you do that again.

liu wei straight up refuses. poor bby is sooooo confused as to why you would wanna try to pick him up. he wants to let you try but also he doesn’t want you to get hurt so he says know but feels bad when you start begging + whining. its also inner turmoil for this poor bby wHY’D YOU ASK HIM ??

murasakibara atsushi does not even entertain the thought. he continues to go about his day as if you hadn’t just asked him that question. he doesn’t even wanna be bothered with the possibility that you could be stronger than him. he has a god complex + is positive that you could never. he won’t ever let you.

okamura kenichi just laughs + thinks its cute that you wanna try to pick him up. okamura is a big dude + your arms would probably fall off but he literally thinks its so adorable that you wanna carry him. also, he can never resist your cute face, so he may or may not let you just try. but he’s like 99.99% positive he won’t come more than 0.0001 mm off the ground. HOWEVER, once you wrap your arms around his waist and bend your knees to prepare to pick him up–he gets a creeping suspicion. then, as he is lifted onto his toes by his tiny girlfriend, he begins to rethink his whole life.