23.05.20 / i mentioned i was working on a “complete character profile” spreadsheet not too long ago and i promise i’d share it so it’s here if you’re interested! also, the revision continues! i compulsively decided to migrate all my notes to a loose leaf notebook so my hands will have to suffer for a while lol. but seriously, i personally retain information through revision best so my brain is thriving and absorbing lots. what about you? what are you up to? hope you have a lovely weekend ♡ 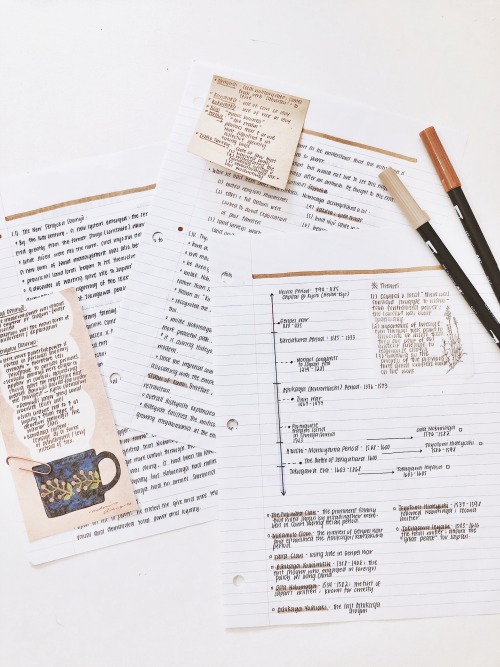 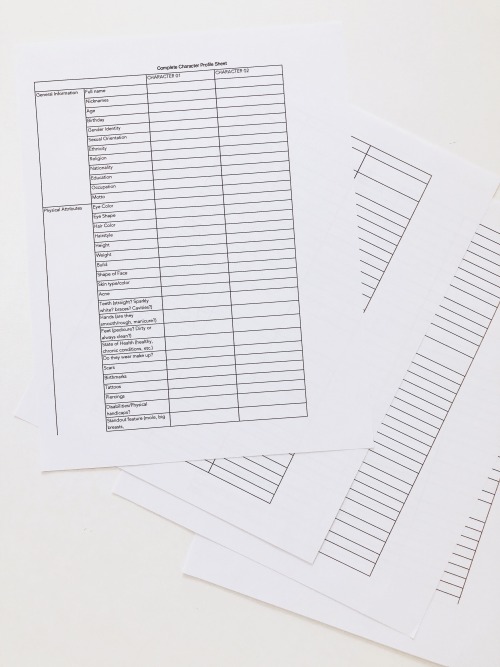 Flowers are the best (biostats is not the best) 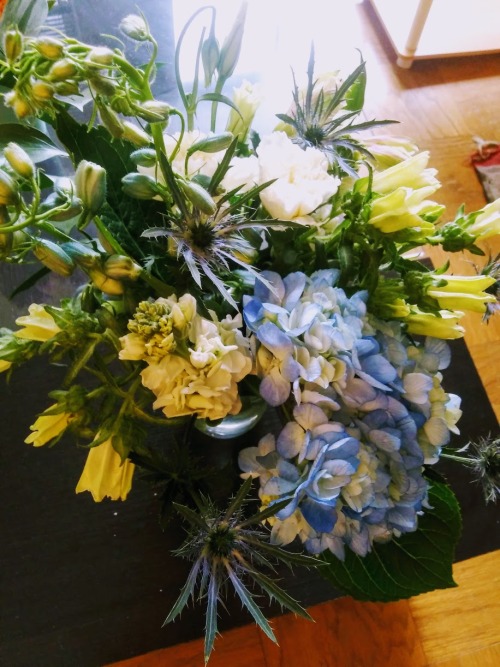 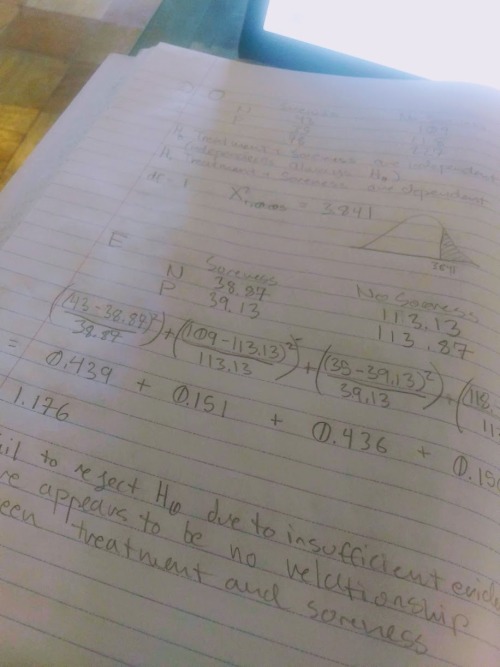 17.05.20 / i’ve been working on a complete character profile spreadsheet these past few days with all the details and questions i can think of for developing my WIP characters. i really dislike being disorganized and right now all my character profiles are scattered and varied. once i’m satisfied with the spreadsheet, i’ll be sure to post it here! for the meantime, here’s my writing desk and one of my WIP notebooks. happy sunday ♡ 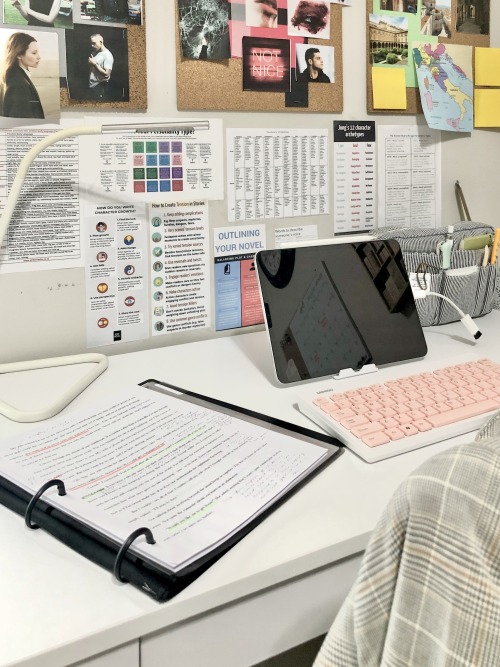 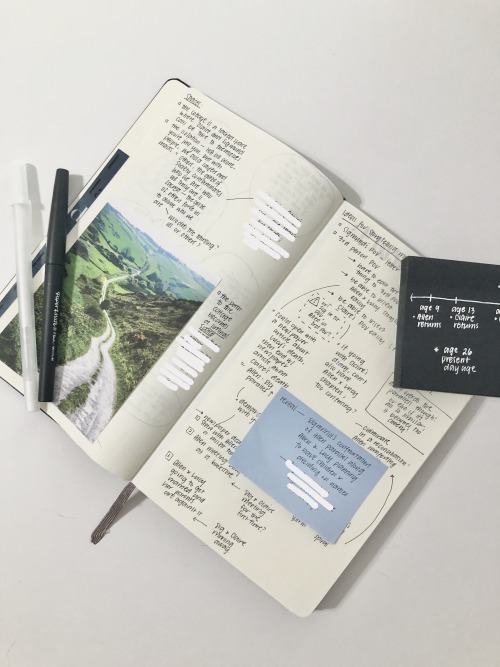 studying for my biology final and apes exam. i hope your ap exams, finals, and end of the year things are going well :) 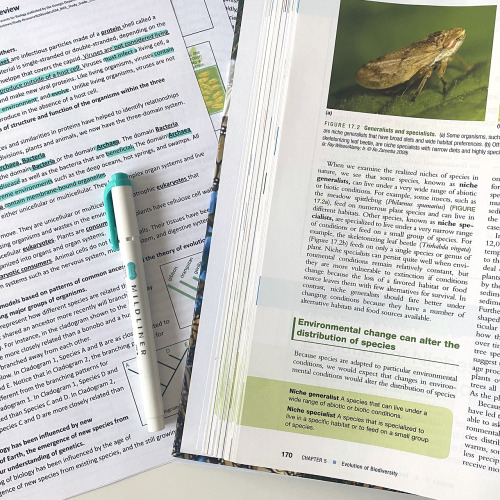 12.05.20 / happy tuesday! i’ve had a very productive day today. i’m feeling really great after a sluggish weekend. anyway, i’ve gotten a lot of asks and replies about my desk clock and where it’s from so i thought i’d link it here (not an ad, not sponsored or anything). hope you’re doing ok! –p.s.: spot the cat ♡ 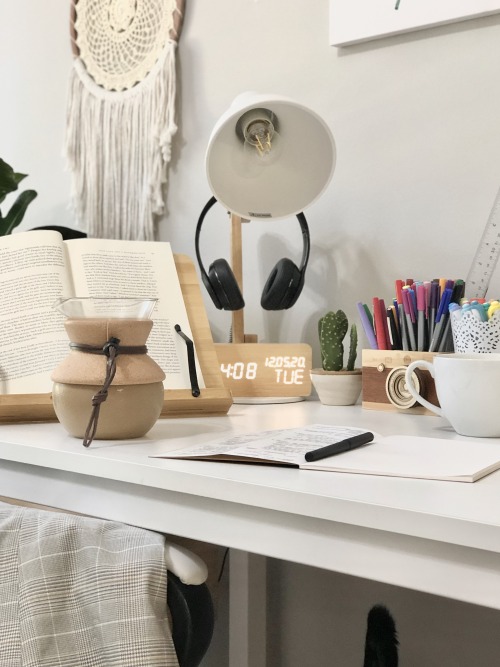 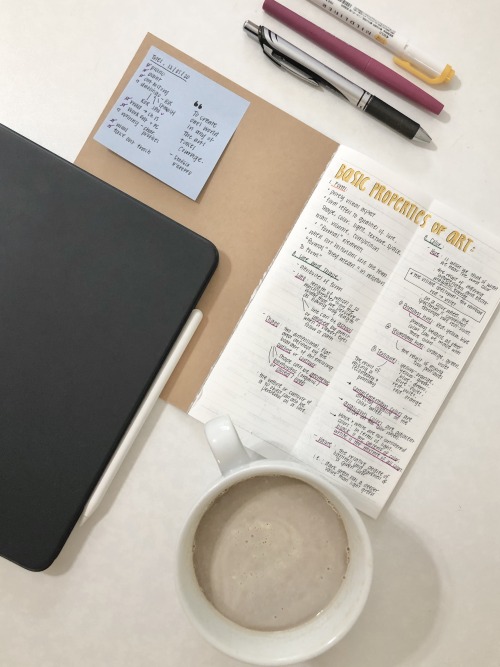 I broke my phone so I couldn’t post for a while but here’s my (incredibly late) May spread! How have y’all been?

24.04.20 / I had some fun with my notes yesterday because I really needed some cheering up and a break from the usual. Hope you’re all doing okay. Enjoy your weekend ♡ 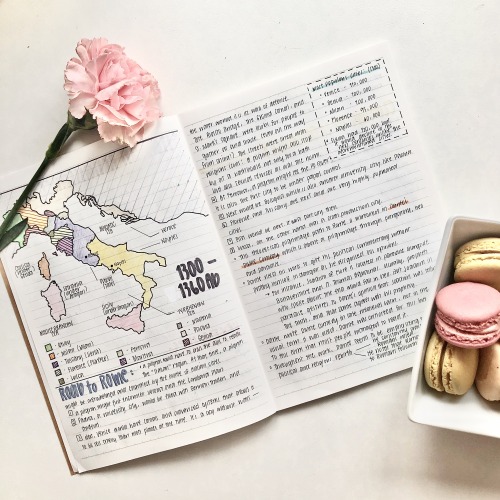 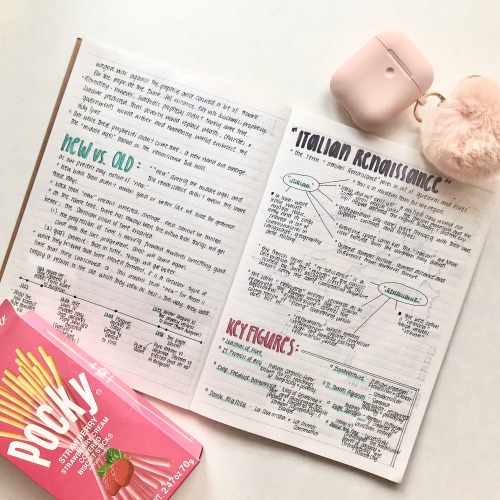 fuck i LOVE athena shes such a bad bitch

comment: our aesthetics aren’t the most similar but !! yr content is rly cool n i love being mutuals!!! (thank u for being interacting with me when nobody else does fhshdhs)

following: sorry, no | now i am :) | already following! | mutuals yeet

preparing in between classes is my way to revise topics for history at the moment as my english assignments are really consuming all my energy. can‘t wait for this class about economic and social history to start tho!

2. Give us an unpopular/controversial opinion

35. Give an inside joke with no context

It’s another studyblr, no surprise.

-My name is Caroline

-I’ve been following the studyblr community for quite a bit, so I’m finally joining in on the fun.

(the impactful ones at least)

Hope to make a lot of friends in the community and actually study!!!

I was tagged by this wonderful person @historicalemily​ to do the 11 question tag (sorry for taking a while to complete!)
(i’m also going to be a spoil sport and not retag anyone - I’ve not spoken to anyone on here in a year so I’ve got no idea who’s still active :/)

My Questions (I’ve decided to make these historically based sooo)

(My answers are mainly all on sexuality.. sorry!! And it’s long.. oops)

My favourite historical period to study is England in 1900-1935, and my favourite area of this is female same-sex desire and cross-dressing (and also sexology!). England came a long way during this time for women who liked other women, and the 1920s were (in my opinion) monumental in how we see women who desire other women in today’s society. (The 1920s was also where the butch/femme lines got defined that are used today, which I find really interesting!)

Maud Allan, because she’s often written out of history. Although Radclyffe Hall is up there but she wasn’t a nice person irl from all accounts

3. Is there a period of history that you think is overlooked?

My period (obviously I’m going to say this, but it’s true)… There’s one historian who wrote in his PhD that ‘lesbianism was invisible [within the sources used in their monograph]’, hence his exclusion of women who desired other women. So I wrote my undergrad dissertation challenging him, using exactly the same source types he had used… Yes, I’m petty

4. If you could live in one time period for a day, what period would it be? (Even though we all know that living in most time periods would be crap because idk diseases? and racism? repressive societies? but just go with me pls)

5. What is the most useless history fact you know?

Women weren’t thought to be able to initiate sex, as it was believed they had no sexual desire…

6. Do you think history is taught well in schools?

Ha. no. In England it’s horrifically white washed, straight and you’re literally taught that England is the best country in the World and we win everything. As in, when you’re studying WW1 and WW2, you’re taught it was England vs Germany (and the main countries of the Axis and Allies). You’re NOT taught about the role of the countries in the British Empire.

I’m so grateful for my A-Level History teacher, as she literally sat my class down on the first day and said ‘I’ll teach you the syllabus but I’ll also teach you the actual history’. We did the rise of Churchill, and in England you’re brought up to believe that Churchill is this amazing man, whom everyone loved and wanted as PM, was a saviour and was a brilliant mastermind. Let’s politely say, that’s far from the truth.

I can’t show the one I want because my lecturers made themselves into a mean when BlackBoard went down last year & they’ll hate me if I put it up.

8. What is the funniest history story you know? (I’m talking Stephen of Blois being shamed by his wife after he abandoned the First Crusade or the hilariously botched assassination of Franz Ferdinand)

Probably the upper-class guy who completely misunderstood the libel trail in 1918 between Maud Allan and the MP Noel Pemberton-Billing, who was confused by it all (and wtf was going on) and said ‘ I have never heard of this Greek chap Clitoris that they are talking of’. (For background, Pemberton-Billing wrote an article called ‘The Case of the Clitoris’; leading people to believe Allan was a lesbian). I find it funny.

Tipping the Velvet by Sarah Waters

10. What is your least favorite period/area of history to study?

Anything before the middle ages

11. What is your response when people tell you that you shouldn’t study history? (it’s more common than you think tbh)

I get this all the time, more so when people find out what my favourite/ specialist area is. I just tell them to suck it up. Someone has to study it, it’s interesting.