The first Image is from the original manga, is that wasn’t obvious.

I saw some people thought Shinsou’s face was a little off from the manga, so I decided to do an edit to make it look a little bit more from the manga, but still keeping the anime style. What do you think?

Anime and Manga photos I used from here! 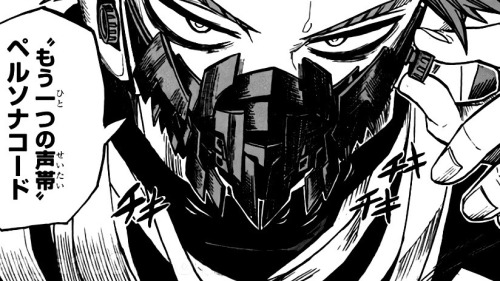 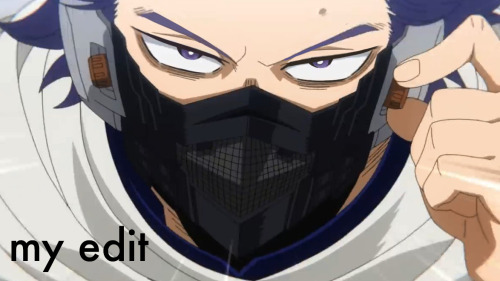 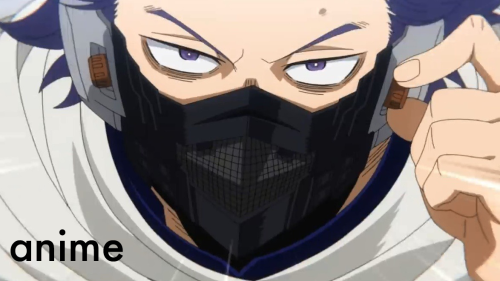 a/n: why do i either comfort or hurt myself with these …. anyway i love this kind of pain everyo once in a while <3

☄︎ 𝐒𝐇𝐈𝐍𝐒𝐎 always pets your head softly in order for you to fall asleep faster and immediately cuddles you after waking up because of a nightmare.

☄︎ 𝐃𝐄𝐍𝐊𝐈 jokes around a lot but definitely knows when to be serious so when you’re not joking anymore either, he’s always there to give you the best hugs to feel better.

☄︎ 𝐃𝐀𝐁𝐈 sometimes randomly looks at you when you’re sleeping in his arms and worries that someday you might be scared of him.

☄︎ 𝐊𝐈𝐑𝐈𝐒𝐇𝐈𝐌𝐀 always makes sure to tell you every once in a while how much he loves you, appreciates you being there or just that you’re doing great.

☄︎ 𝐁𝐀𝐊𝐔𝐆𝐎 isn’t the best with words and stuff but he automatically talks to you in a certain tone sometimes that just screams “i love you so much” or “thank you for being here”.

☄︎ 𝐓𝐎𝐃𝐎𝐑𝐎𝐊𝐈 knew from the moment he met you that you were more than a friend to him - you made him feel things he would’ve never been able to describe, even to this day.

Midoriya: Turn that frown upside down

Literally everyone: *scared shitless bc he is fucking scary when he gets mad*

Shinso: from now on, dad, if anyone laughs at you, they’ve gotta go through me.

Present Mic: really? anyone? what about the Hulk riding a rhinoceros? would you stop him from laughing?

Shinso: wait, is the Hulk laughing, or the rhinoceros?

Present Mic: both, but the rhinoceros doesn’t know why. he just tries to fit in.

Shinso: We were just making out a few seconds ago-

Kaminari: I don’t see your point

a/n: this was not proofread or edited, sorry for any errors or if it doesn’t make sense, i was just mindlessly typing

reminder that requests are open!

- it would probably be his first time too

- mans gets no coochie, he’s too busy out doing hero shit

- talks you through the whole thing 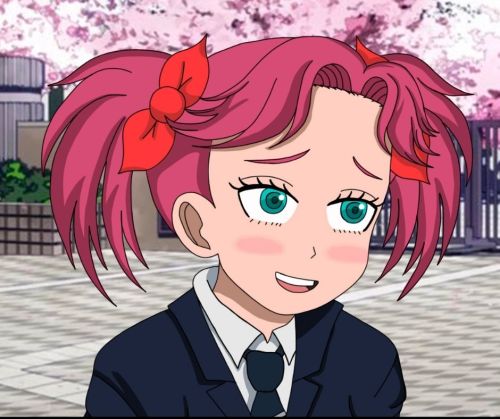 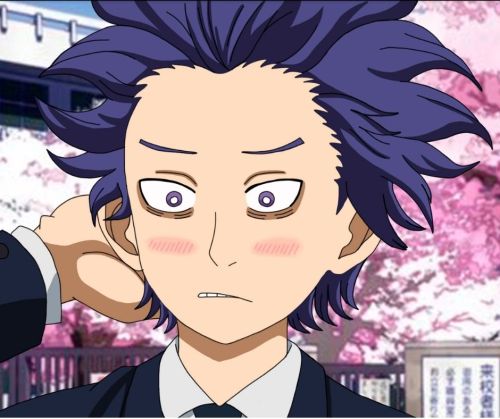 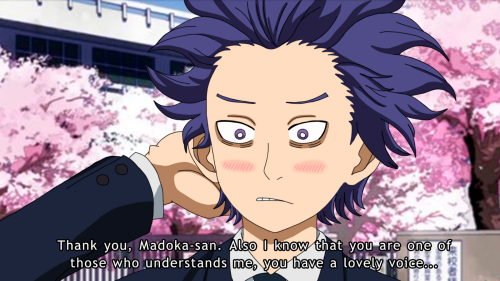 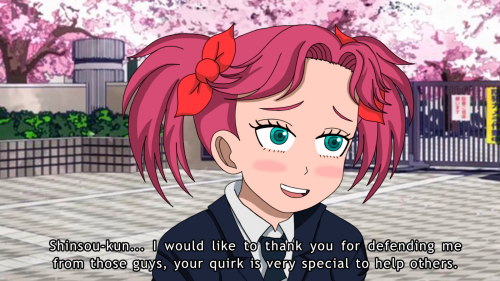 Feel free to flood my inbox! Your man is waiting for you :)

Couldn’t get the first scene I wrote for Perfectly His out of my head, so here we are. Y/n is modeled after me, cause drawing a bald faceless y/n is difficult and weird for me. Low key proud of this one.

Kirishima: No I haven-

*the sounds of plates shattering from the kitchen*

Shinso: I think I found him.

Shinso: Its been so long since I slept I can officially smell colors.

Kaminari: How are you still alive????

Shinso: Thats the question I’ve been asking every day

I mean why not, we love them bbs together. 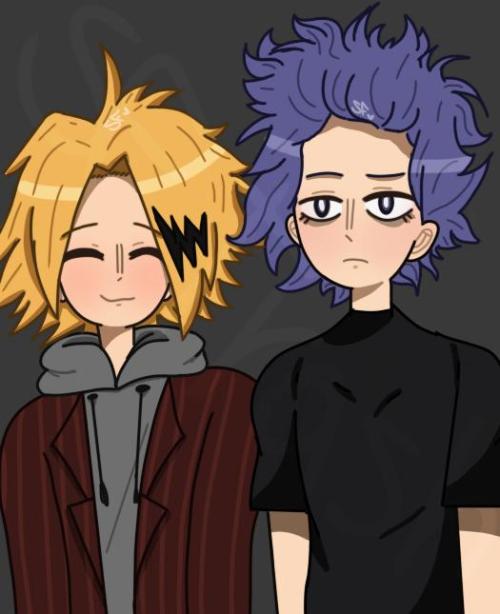 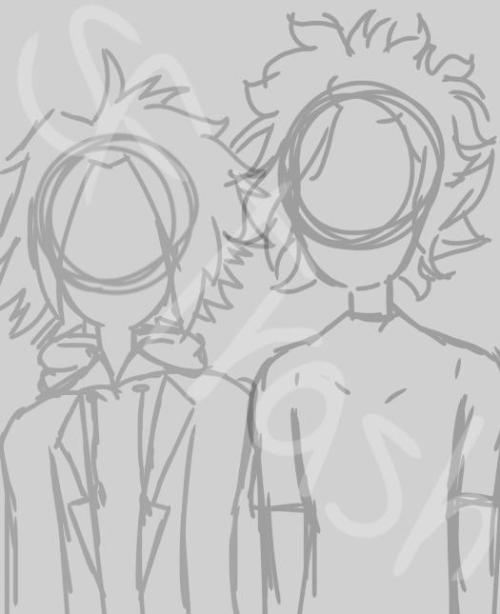 can you do one when Hitoshi Shinso is the submissive one

Sorry for the late reply! I hope you find this oneshot to be satisfactory!!! Thanks for allowing me to try to write about watersports! <3 I’ve also decided to write this in second pov for once.

(づ￣ ³￣)づ Dating Shinsou would include…

(づ￣ ³￣)づ Dating Shinsou would include…

● He sleeps all day long, period.

● Sends you cute cat videos when you’re not around him.

● Y’all insult each other, but it isn’t serious.

● He loves playing/messing around with your hair.

● If you lay down beside him, and y’all start cuddling. Know that he won’t let you go.

● Vine references all day all night.

● You have to force him to go shopping with you.

● Will sometimes talk to you on the phone at night.

● Not really into PDA, but will hold your hand in public.

● Shinsou isn’t really the romantic type, so don’t expect much from him when it comes to dates.

● You would have to wake him up in the morning because there’s no way he will wake up early by himself.

● You have to reassure him that his power isn’t villain-like.

● If you need answer for your homework, he’s always there to help you.

● He gets REALLY flustered when you kiss him.

title is pretty self explanatory, just a few headcanons on what it’s like to cuddle with some of my favorite bnha characters.

- was very hesitant at first

- quite literally suffocates you all the time

- he doesn’t really have a favorite position, he just loves being close to you, but if he had to pick, it’d be when you let him lay his head on your chest

- cradle his head, play with his hair, do something to let him know you’re there

- it makes him feel protected, which is something he never really felt growing up

- he’s constantly busying himself, and as a result he wears himself down

- you’d realize this before he does, and you have to bribe him with cuddles just to get him to come to bed

- now i headcanon izuku as a closet perv, so obviously he’d wanna be laying in a position where your tits are somewhere near his face

- also likes to wrap his arms around your waist

- he really doesn’t realize how tired he is until he feels your fingers in his hair, and your chest rhythmically falling and rising with your breaths, slowly lulling him to sleep

- he’ll never tell you this, but he cried the first time you held him

- now he DEMANDS you two hold each other every night

- he can’t fall asleep if you don’t

- he likes to be facing you, his arm around your shoulder and yours strewn across his waist, and your legs tangled between his

- pulls you closer in his sleep

- sometimes, he’ll lay on top of you, resting his whole weight on you while he uses his wings as a blanket

- absolutely loves how peaceful you look when you’re sleeping

- his favorite way to cuddle is you laying on top of him, resting your full weight on him

- he loves it, it’s very grounding and comforting for him

- he never says it though, he’ll just lay on the bed/couch and drag you down to lay on top of him when you walk past him

- loves rubbing your back/shoulders when you two are like this

Some Purple and Yellow Desktop Backgrounds

Was in the mood and created a Desktop background for myself. Then suddenly I made more. Free Use! Credit is appreciated!

I feel really proud of these! :]