Present Mic: I am, as the kids say, awake

There is no kinkshaming in this house, promise! Men in lingerie is top fucking tier oh my god. also crop tops but thats beside the point

#im not a top can you tell?, #i tried everyone, #hizashi yamada, #bnha smut, #not sfw, #Anonymous, #answered
6 notes · See All
adooninText

Remember when they showed Aizawa without a shirt on and everyone was shocked at how ripped he was ? Do Mic next

(And have a bonus Prince Hizashi!)

Despite the growing list of complaints, Hizashi somehow can’t bring himself to open his eyes.

He’d been dreaming of…something good. Damn, he can’t remember. Maybe he can get back to it if he just goes back to sleep. He rolls onto his side, or tries to. Something tugs at his hand, twinging painfully when he tries to move through the resistance. The discomfort he can manage, sure, but inexplicable pain isn’t something he’s willing to ignore.

Why do I have to put up with this… It’s too early.

#click for higher quality, #moblie is dumb, #bnha, #aizawa shouta, #hizashi yamada, #erasermic, #maybe, #sure, #incorrect quotes, #how dO YoU DrAW PrEseNtatIOn mIC, #how you comic in general
37 notes · See All
boringa55binchPhoto 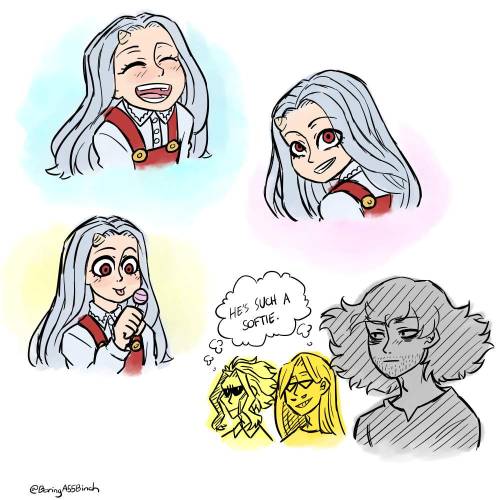 !! Love you too bro! Hope you enjoy this sad boy!

M: SOOOOOOO GIVE US YOUR SCENARIOS OR YOUR ASKS, LISTENERS, AND WE’LL ANSWER OR REENACT A COUPLE FOR A LIMITED AMOUNT OF TIME!

E: i never agreed to this.

M: TOO LATE! YOU HEARD IT HERE, LADIES AND GERMS! WANT ERASER, MIDORIYA, ME, OR JUST ANYONE TO FULFILL YOUR DEEPEST WISHES? GOOO AHEAD AND CLICK THAT ASK BOX! Edit: So I didn’t know this, but someone commented that there’s fanfiction a lot like this on Ao3 called Your'e Standing On My Neck that was posted before this I thought of this AU, so go check it out, it’s really cool!

I was listening to a song called Kagerou Days (a cover by Kuraiinu on YouTube), and as I was watching/listening, I saw that one of the two characters in the story (that i will explain in a moment) had a cat. Instantly, I had this idea that is heavily based on this song. But the thing is, that the song is connected to a story in a series of songs, but I am basing this AU on this song and only this song specifically.  Also, since i haven’t read the Vigilantes manga yet, i might be messing up some timeline stuff on accident.

So in this AU, Shouta and Hizashi are in the summer before their 3rd year at UA. When they hang out one day, a villain in disguise recognizes them from the sports festival from the school year before, and he uses his quirk, Nightmare, on them.

#mha au, #bnha au, #mha, #bnha, #au, #my hero academia, #erasermic, #eraserhead, #present mic, #hizashi yamada, #shouta aizawa, #timeloop au, #blood and death warning, #boku no hero academia, #i actually made art for this au, #not sure if i should post it tho
5 notes · See All
road-of-a-famous-emotionText

Tv in the teacher’s lounge: three students take on a dangerous villain in the downtown area!

Aizawa, in his sleeping bag, eyes closed: what idoits

Aizawa, cracking his eyes open, ripping his way out of his sleeping bag, and sprinting down the hall: THOSE ARE MY IDIOTS!

Drew My Hero Academia characters without reference. How’d I do?

Take me down to the Fem!boy Hooters! You cannot tell me this man wouldn’t OWN fem!boy Hooters. I’ll have him with a side of fries 😉

I present to you all: Three babies and an actual baby

They don’t know what the fuck they’re doing.

#they dont know how to take care of a kid, #like they really just cant, #they left her on the floor, #its chaos, #nemuri leaves them with her baby cousin for a couple hours and they just cannot handle it, #hizashi might be the actual baby, #fanart, #hizashi yamada, #shouta aizawa, #oboro shirakumo, #bnha, #present mic, #eraserhead, #loudcloud, #ive been talking about this with my mom/friend for the past couple hours or so, #its the funniest shit
104 notes · See All
draconis-sariathText

Some WIPs for y'all since I’ve been lacking a bit

-My blood is glowstick juice. That’s why my bones crack when I move around.

-Explains how you bring light to everything around you too. 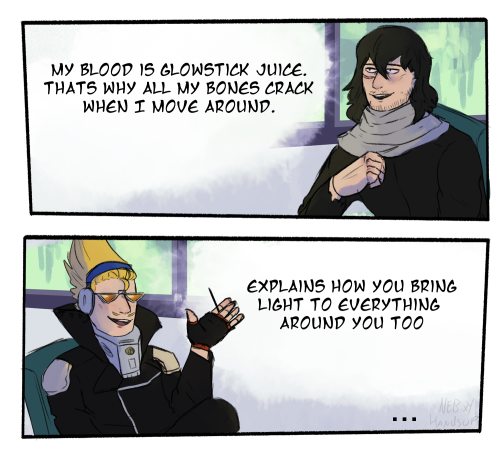 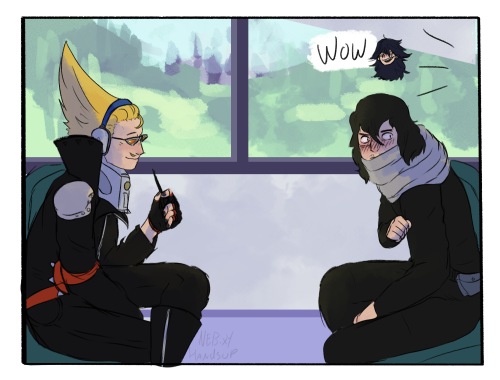