There is something about the face of a cat that amazes me.

#bee buzzes, #im just. having a lot of introspection at the moment, #hmm, #damn, #i think my mental illness and many of my kinks are heavily linked in a variety of ways, #like duh but like OH, #anyway i shoulf shut up this isnt sexy
2 notes · See All
nintendocrowbroText

#his explosion things that he puts in his head for his costume, #but... f r i l l, #hmm, #bakugou, #bakugou katsuki, #dilophosaurus, #dilo, #bird talks
0 notes · See All
supschrodingerText

My initial thought when the pandemic happened and everyone was forced to stay home is that I would spend more quality time with my family, get to bond with them and actually have fun with them. Well, that happened during the first few months of the lockdown. My cousins would always come over every weekend or it is us who would go to their place. We would bring in foods and have Sunday potluck sessions.

But sadly, as months passed, we can no longer sustain that for many reasons. One, ang gastos. May pandemya nga eh. Second, it’s physically tiring especially for me to cook for a number of people. Third, I don’t know, maybe we also wanted to connect with other people - say our friends and officemates, like we normally did before the pandemic happened. And when this potluck sessions stopped, I also noticed how familiarity bred contempt in this household. Changes in the household became evident.

N - “…might you elaborate on what you meant by…’stuff those other monsters are’?”

Today is a rather chill day. Since my plan to go out today was cancelled, I thought of considering today as a free day. Besides, I didn’t really schedule anything to do aside from working on my clearance.

I noticed how my jaw is yet again clenched, my cheeks tight, my shoulders stiff, my breath shallow - it’s back.

I hate that it’s back but somehow, I know that I can manage. 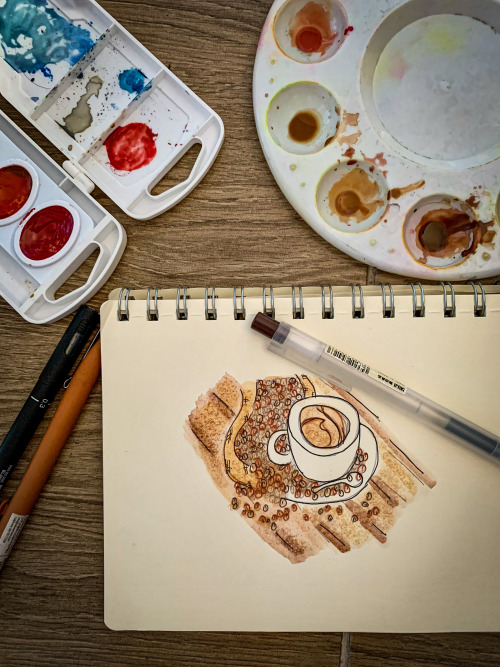 When my hands are shot and I’m a some sort of retired music teacher, I think I’ll obtain a library science degree and either become a librarian, become a rare book seller, and/or open a cat bookshop and cafe that teams up with a local shelter to help adopt cats!

#thinking out loud, #hmm, #idk what ill do in between, #im considering doing research, #and working in a university or something, #historical or enthomusicology sounds interesting, #being a professor at a university sound fun too, #but also education in general is a time, #i just dont know, #i fully plan to dive into the professional gigging world, #so yeah!
4 notes · See All
capariusAnswer

#like harry is a big nerd yes, #but louis stuff is always deeper, #always about the bts stuff and not letting the industry destroy who you are, #to do what you want and it will work out in the end, #... when is he gonna finally put all this advice and things he watches into action, #hmm
15 notes · See All
melanacetiaText

me: yeah i have the perfect life, i have a place with the love of my life, and i have the sweetest cat in the world

also me: gets intensely triggered thinking about how i was supposed to be dead 8 years ago and how everything since then has just been a weird and fucked up fever dream

#HMM, #maybe i’m just living out the plot of lost and this is purgatory ish, #i don’t fuckin know anymore, #i just want to want to be alive
0 notes · See All
a-sirius-messText

#i’m fine but like, #hmm, #maybe i should get a therapist
1 notes · See All
seedling-lotusText

anyone want me to draw smthin creepy for spooky month? I’m in a drawing mood and I have. so Many Ideas

The store had it and I love it so much.

#hmm, #over the bridge to the other side
0 notes · See All
eliasbouchard-suggestionsText

#love the words in the sky, #haha so  many stars, #love that for them, #I wonder what lives in the hills, #hmm, #no matter!, #tma, #the magnus archives, #the magnus institute, #Elias Bouchard
2 notes · See All
iwillruletheuniverseText

Mum have collected bookmarks since she was in school and I have recently found an interest in it as well. Found these today. With the bear. I love them and I can’t understand. A porcelain figure, Christmas cards and a bookmark with the bear. Somethimes stores do that but also, it feels like a sign.

#hmm, #over the bridge to the other side
0 notes · See All
iwillruletheuniverseText

The bear again. On a Christmas card. I had to have it and would have sent it to Lullaby this Christmas if I only knew her address.

#hmm, #over the bridge to the other side
0 notes · See All
iwillruletheuniverseText

The stores have put up their Christmas stuff and even though it hurts, it’s also interesting to look at everything. This bear, I often called Lullaby my bear and her middle name Nalle-Maja, nalle translates to bear. I will put this on her grave. Not yet of course. I can’t really handle how much I love it. And how much it means to me to find a worthy Christmas decoration for her grave.

#hmm, #over the bridge to the other side
0 notes · See All
zorosforeheadText

i was diagnosed w adult adhd recently and it rly just…makes so much sense .. idk.. my therapist at the time didnt specialize in it but she knew enough to diagnose me but my symptoms rly cross over into autism spectrum disorder

#but ik asd and adhd are rly similar, #hmm
1 notes · See All
newswcanonpromptsText

these two as a figure skating pair and the sheer Aesthetic of that thought completely broke my brain for approx. 45 seconds (-from whoever put this idea in the prompts doc)

OKAY HERE IS THE PLOT TO THIS

They have to learn how to fall together and that’s a completely different thing than learning how to fall alone, but now they have to be aware of everything

(THE CLONES ARE A BACKGROUND HOCKEY TEAM)

And Anakin is the guy who goes for the big, flashy moves. And Padme is all about elegance and precision.

anakin is determined to do the outlawed backflip

An Ina Bauer moving into a toe loop or an Axel and lead into a twist lift would be interesting.

The sequel is Anakin and Padme helping set up Obi/Satine/Cody and using the baby twins as leverage for why they need more than one babysitter at a time.

Han and Leia meet when they are both between 15 and 17. They are playing shinny. Leia checks him so hard he falls into his stick and breaks it. He falls in love on the spot.

She thinks he’s a flirt who isn’t serious. She finds out nearly a half decade later.