Mer-Roma, as mer-Donato is coming home really late from his hunt: what did you do?

Mer-Donato: I saved a human

Mer-Roma: why did you do that?

#yes this is meant to be read like that one vine, #mermaid au, #donato porpora, #hoito roma, #clown of my life, #the queen, #tokyo ghoul
6 notes · See All
elmaxlysText

Guys I may be drunk on sleep-deprivedness but wow,,, that time Roma died protecting Souta? Peak mom vibes. I love her. Big smooch on her cheek.

but anyone remembers this?

I mean, we all know that Kaneki did eat a lot of people during the Dragon arc…

Gosh, not only did I just notice this, but I find that the words of both Itori and Nico, who are the only two Clowns we didn’t see fighting this time, are particularly meaningful to the parallel between the other Clowns.

- Hey,
there are only two ways for people to live.
To live beautifully, or to live for beautiful people.

- Is that so.
Then, what about people who do neither?

- My, that is simple.
They become mad and die.

GUYS I’M SO MOVED, seriously I wanted this insight for years, because the veil has finally lifted and the truth came out!!

All the times we heard the Clowns talking about their group, it was always…

…as them pretending to be the audience, as if they were pulling the strings or observing the show rather than having any role on stage, but Itori literally dropped the mask and admitted otherwise.

They always belonged in that big play that is TG, just like everyone else. Obviously they would, since they all agree that it’s boring and lonely to remain on the side, it’s just that since it’s hard for them to find warmth along with the rest of the cast, they’d rather act as if they were the audience in the first place.

As for the “Clowns’ raison d’être” line for next week if Editor-san wasn’t pranked by Sensei, I’m 100% convinced that this has to do with what happened 100 years ago (or with the second OEG of the timeline & V), because Roma made a similar allusion just before dying…

So whatever the reason is that Itori said that she’s seen and heard too much to forget that this world would never accept them (implying she’s indeed an “old lady”), it’s probably leading us back to what started it all:

And actually it’s super funny when you consider how the chapter literally ended up with Uta going kakuja on us, I mean, it’s not like there aren’t some mysteries around his character at all. 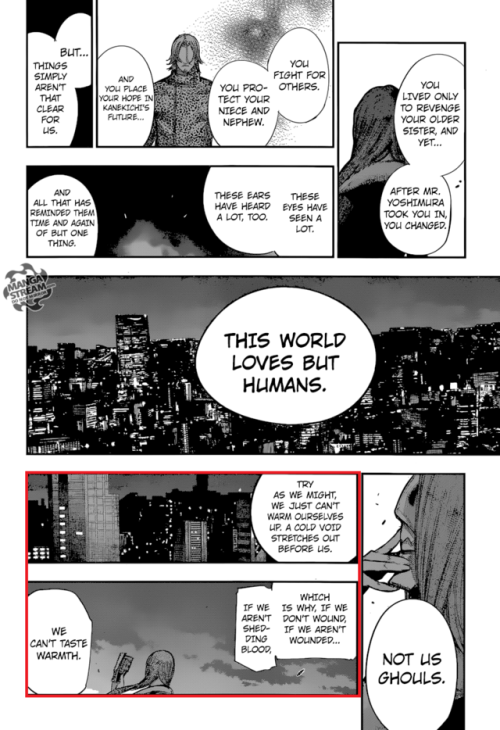 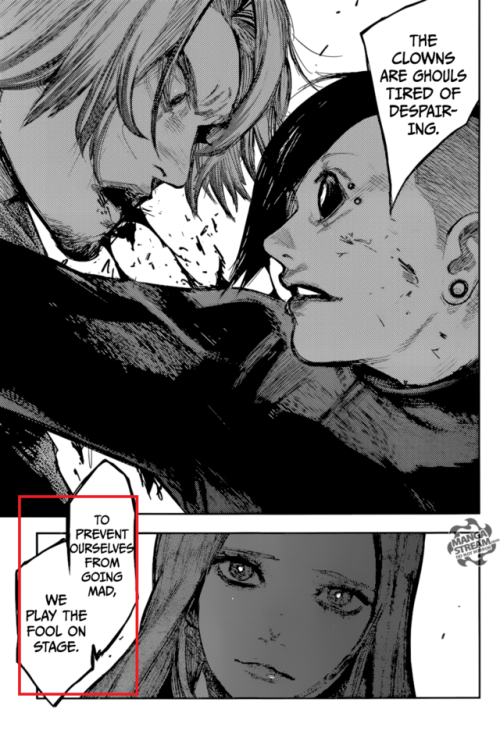 help won’t come for you. 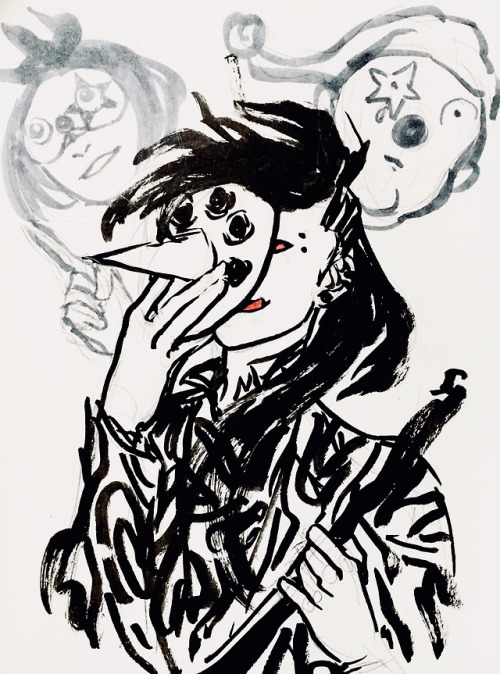 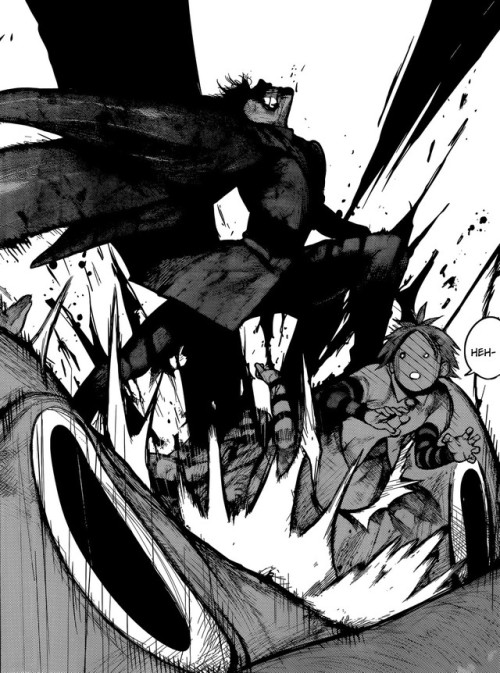 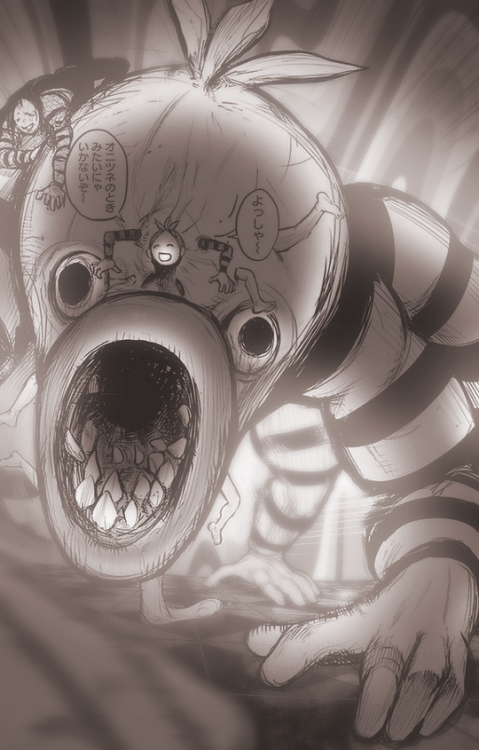 have a sadistic monster roma ★

I’ve noticed that due to the sudden revelations of the new chapter, some people are jumping to all sorts of irrational conclusions, so I thought I would help correct these misunderstandings through my own perspective.

Misunderstanding #1 - Roma is the leader of the Clowns

There is a huge difference in implications between these two words. Mainly, a leader will actively co-ordinate and centralize a group of people with a common goal. However, even though a founder of a group can also be the leader, these two things don’t necessarily go hand-in-hand.

Roma is not the leader of the Clowns simply for the fact that the Clowns don’t have a cause, they’re merely a group of like-minded individuals with a desire to observe the unfolding of events. They do whatever the hell they want to, and will help each other when they feel the need to do so.

As for the credibility of Roma’s claim, well we don’t know for certain, as the history of the Clowns is still very vague with a lot of unanswered questions and hidden stories. Still, it’s not entirely important on who created the concept of the Clowns anyway, all we need to know is that all of these people came together to collaborate at some point or another.

Misunderstanding #2 - Roma is the “real” antagonist of Tokyo ghoul

This misunderstanding mainly stems from the previous one I just explained. Some people think that Roma has now been revealed as some sort of “endgame boss” when in reality, Roma is just another unique character trying to survive in the world of Tokyo Ghoul.

While this chapter may have convinced some people, Roma isn’t just magically above it all, or is immune to the trouble’s that are affecting everyone else in the series. As the chapter made clear, Roma has struggled to endure her own life as well while also being more self-aware about the behaviour of people than most other characters.

To be quite honest, before this chapter Roma was one of my most hated characters, because for the longest time I was sure of my impression that Roma was simply an annoying minor character to be tossed aside along the likes of Fuka. I can now admit that I was deceived in a pleasantly surprising way. 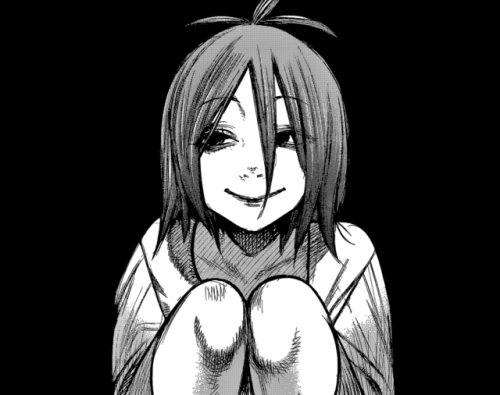 Geez, Mutsuki, no need to be so agitated. We knew you want Touka dead. 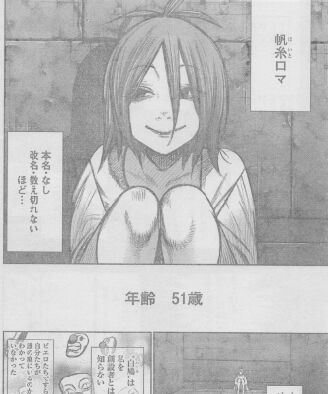 We’ll watch the whole thing from the best seats in the house. Watch as the curtain falls.

#me, #or is it washu kichimura, #hmm is there any hope ishida's bringing the manager back?, #the clowns, #hoito roma, #donato porpora, #uta, #furuta nimura, #souta, #washuu kichimura, #lol, #nico, #phew another out of season edit, #tgedit, #tg, #tokyo ghoul, #tokyo ghoul re, #tgre, #mine
487 notes · See All
theunrestrictedPhoto 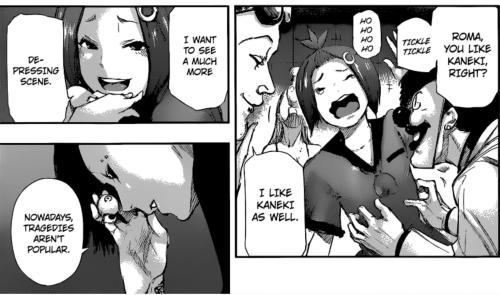